Joist not sitting on brick wall

We are swapping out the current joist on our stairway for a bigger one 2x7 instead of 2x6 as we are making the head clearance more.

however, we’ve seen something a bit worrying. It appears that this joist is not sitting on the brick wall… and the whole dining room ceiling is being supported by one nail… please tell me I’m wrong?

That 127 Cove you see is where we chiselled some back plasterboard of the coving which is from the ceiling in the living room, as we didn't realise it was the living room at this point!

There's a 2 brick thick wall running under the stairs (I think they removed a brick and a half to cater for the stairs going under the wall), and the long joist going along the stairs is supporting perpendicular joists holding the dining room ceiling. We want to swap out this joist with a slightly higher joist as we are increasing staircase clearance height to 2m (was 1.5m) but the long joist doesn't seem to sit on the actual brick wall.. and we are a bit worried if this is ok and if we can continue tbh 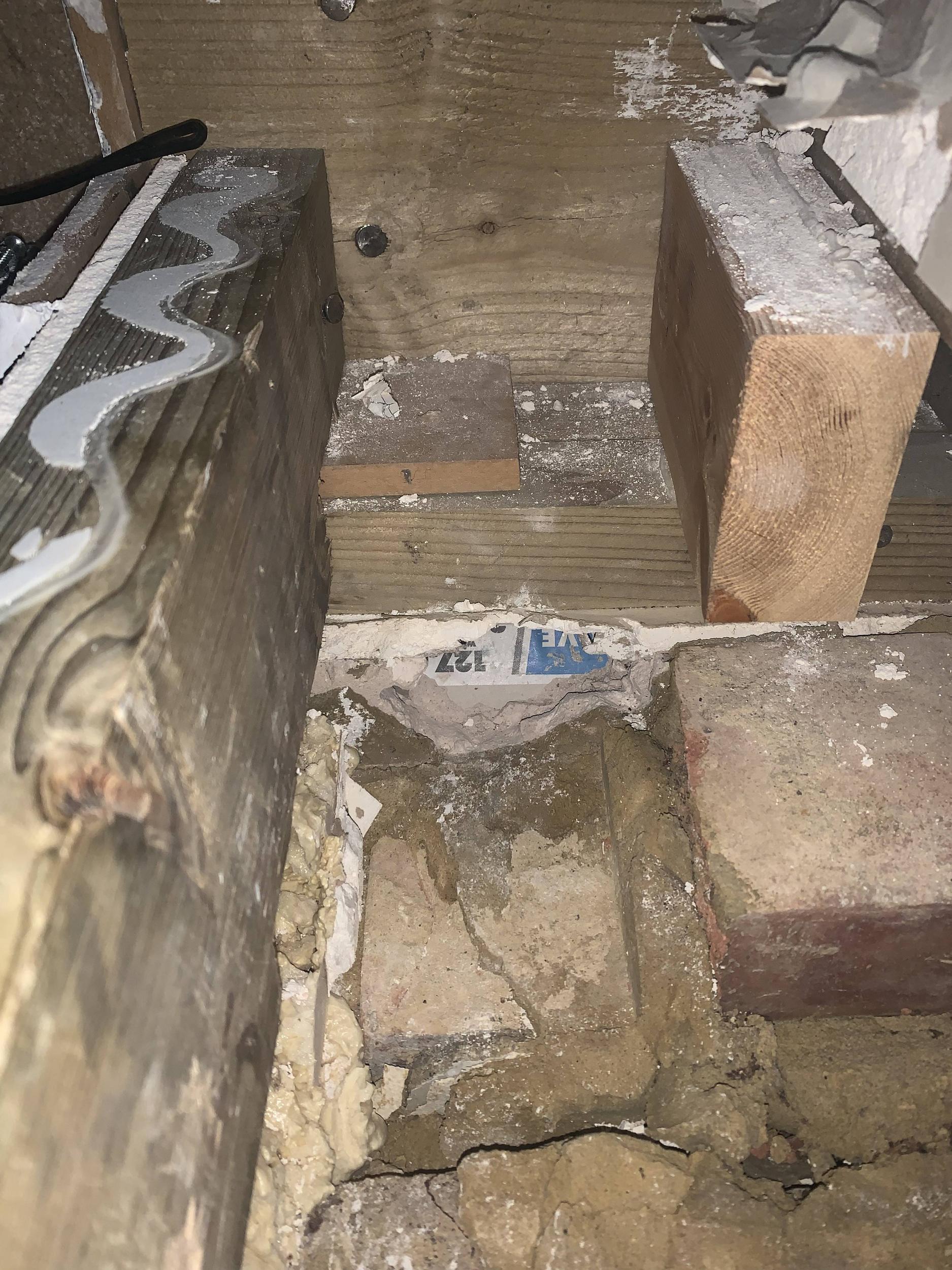 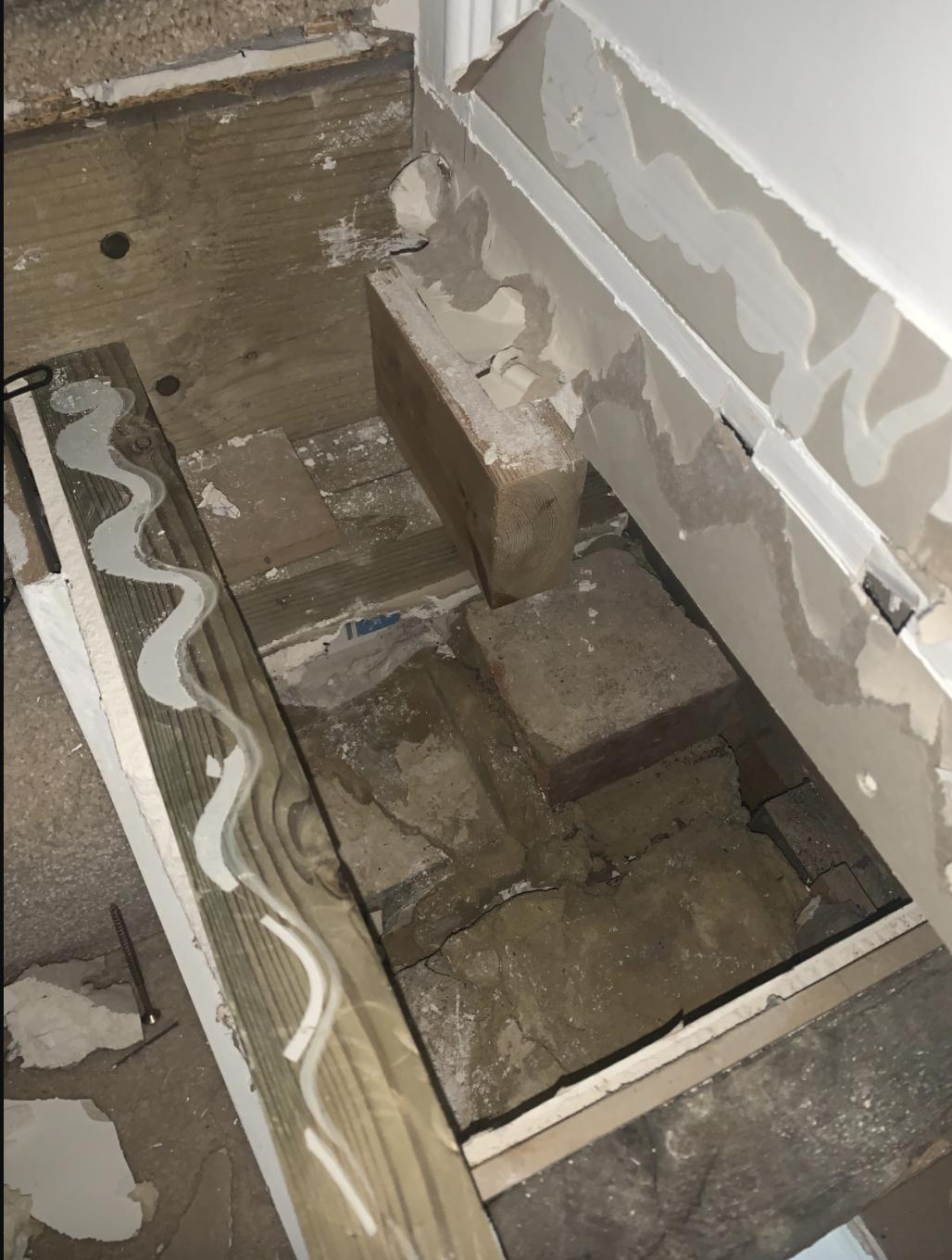 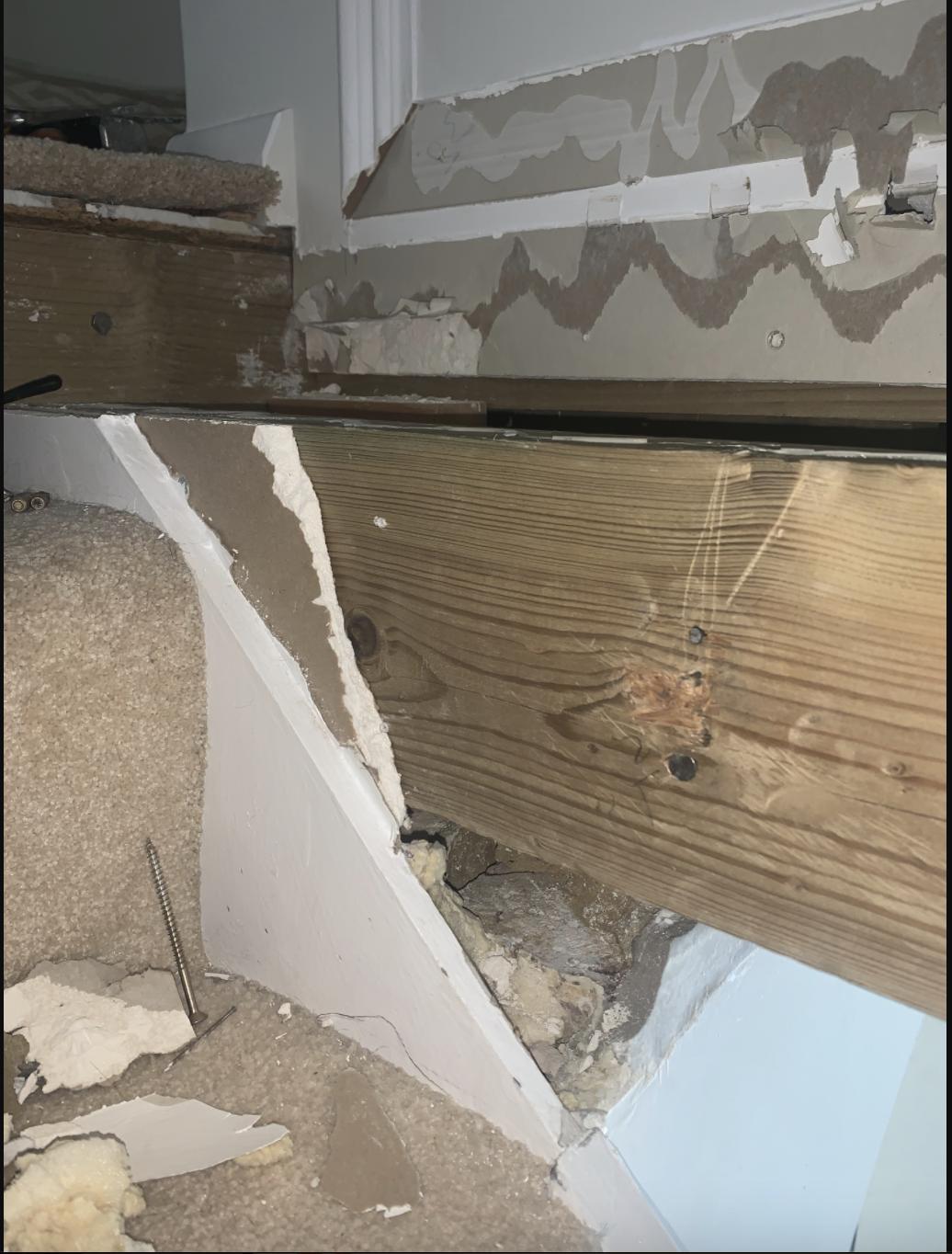 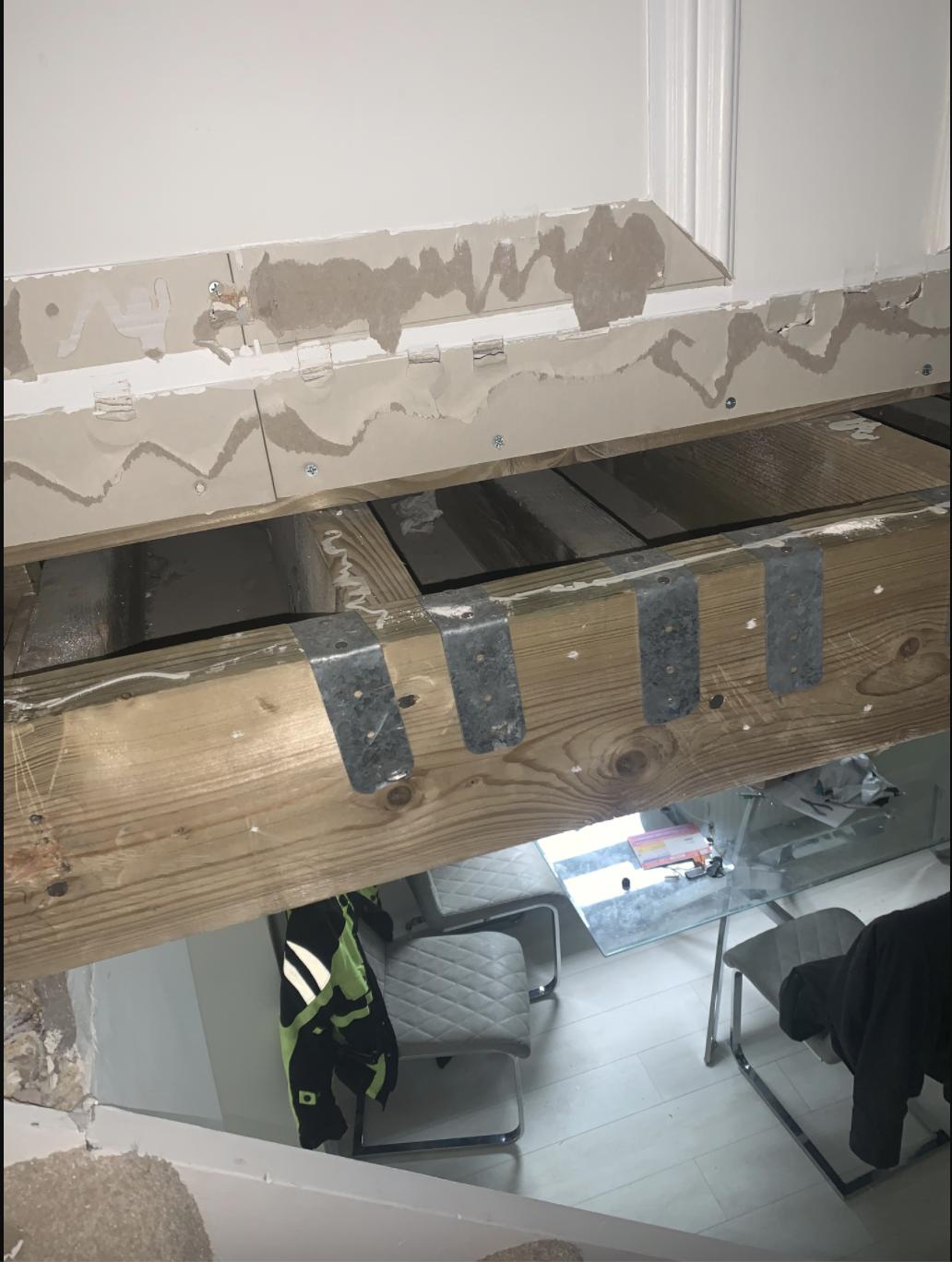 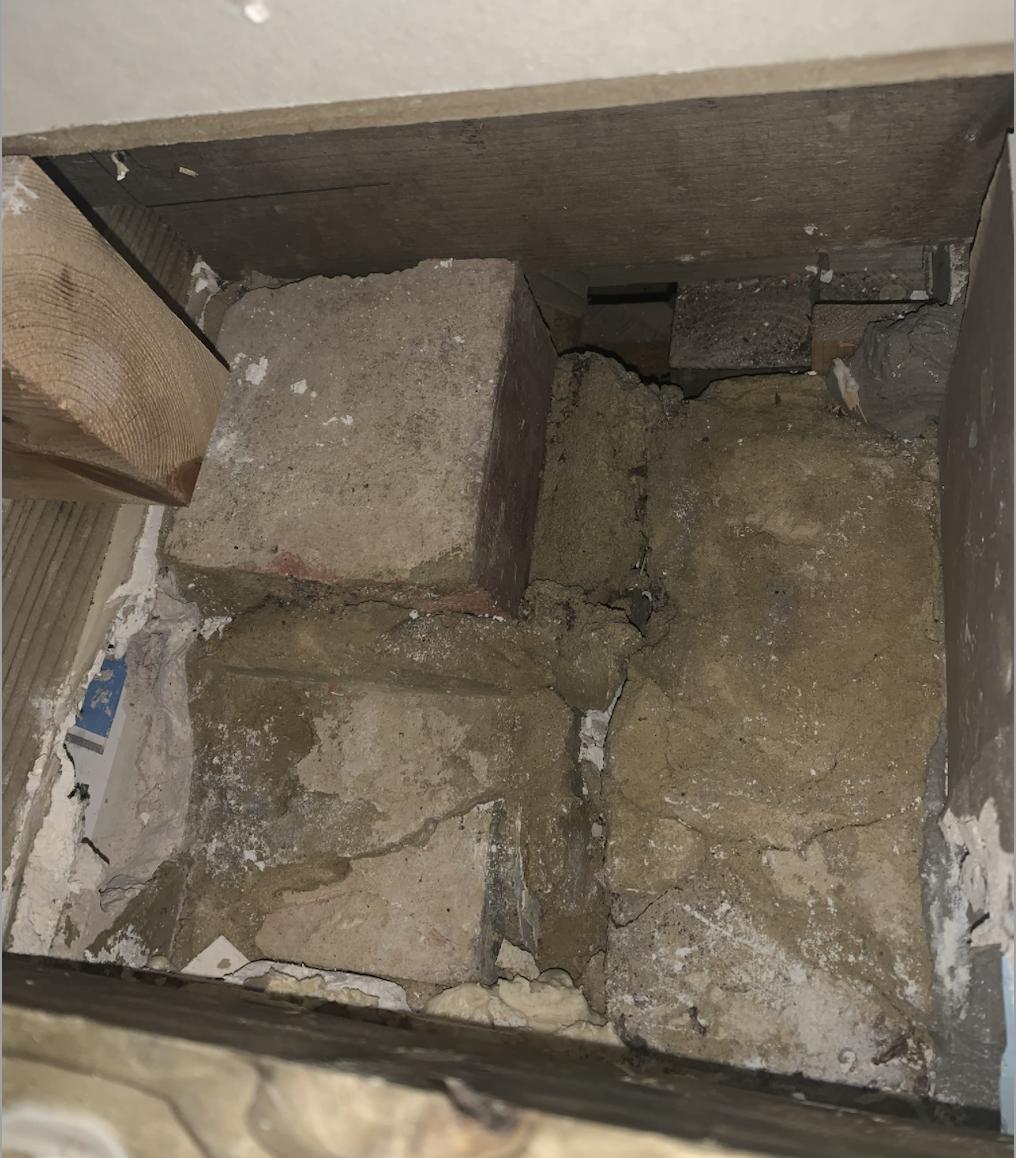 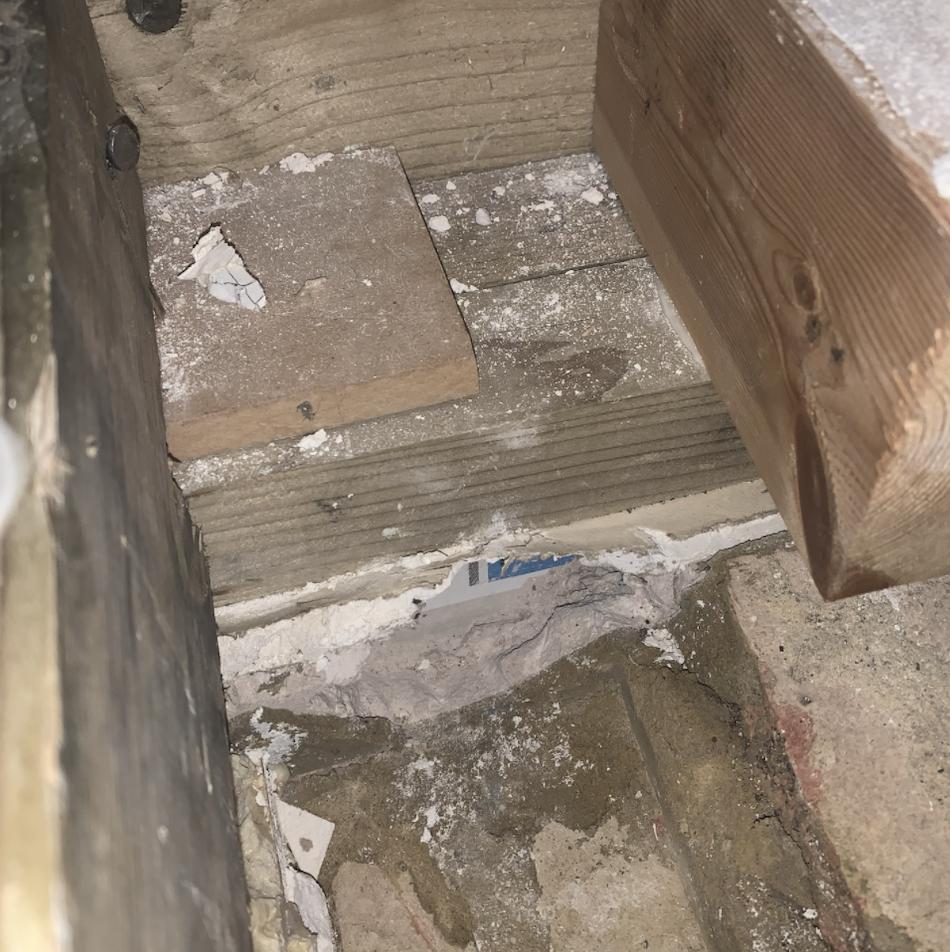 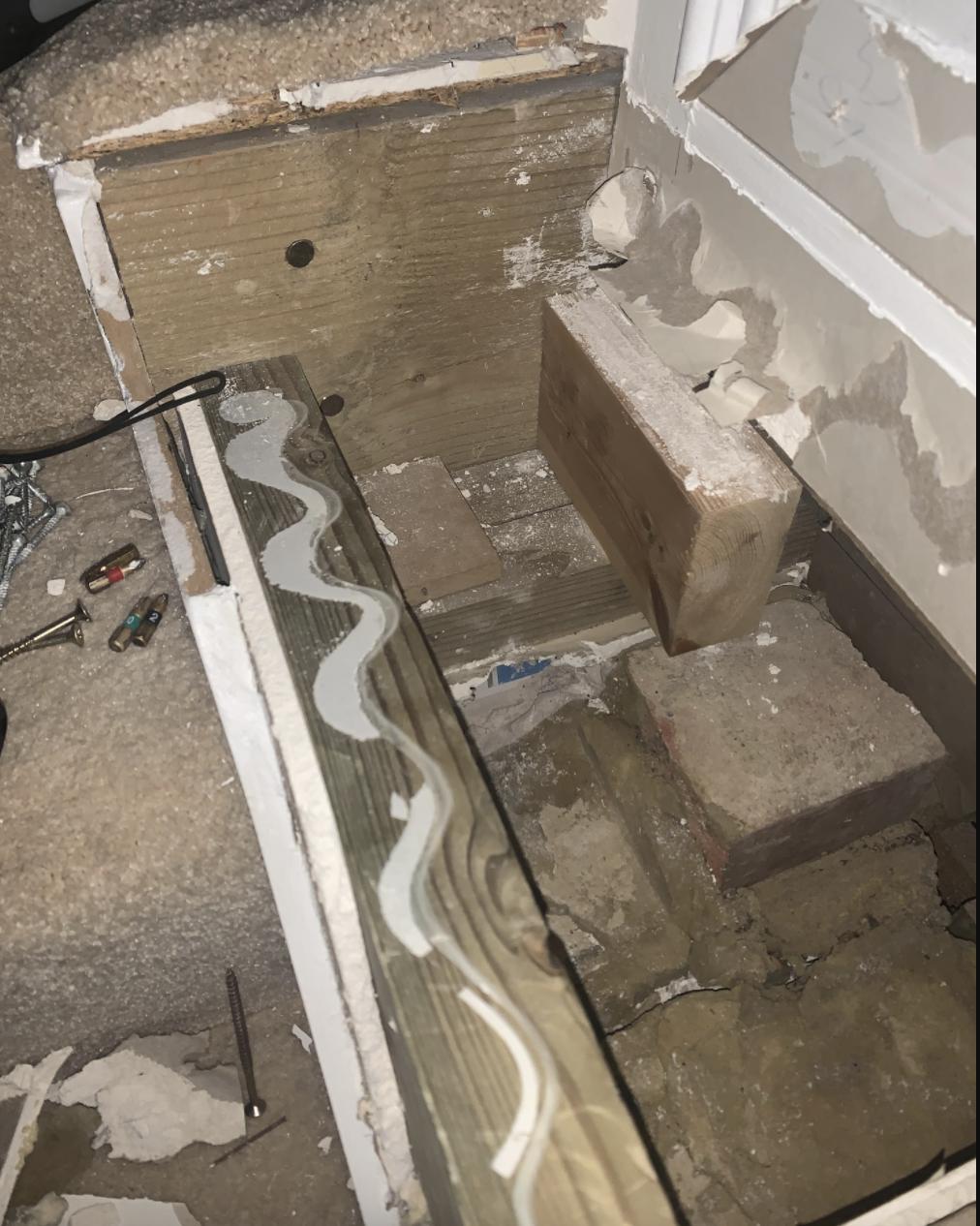 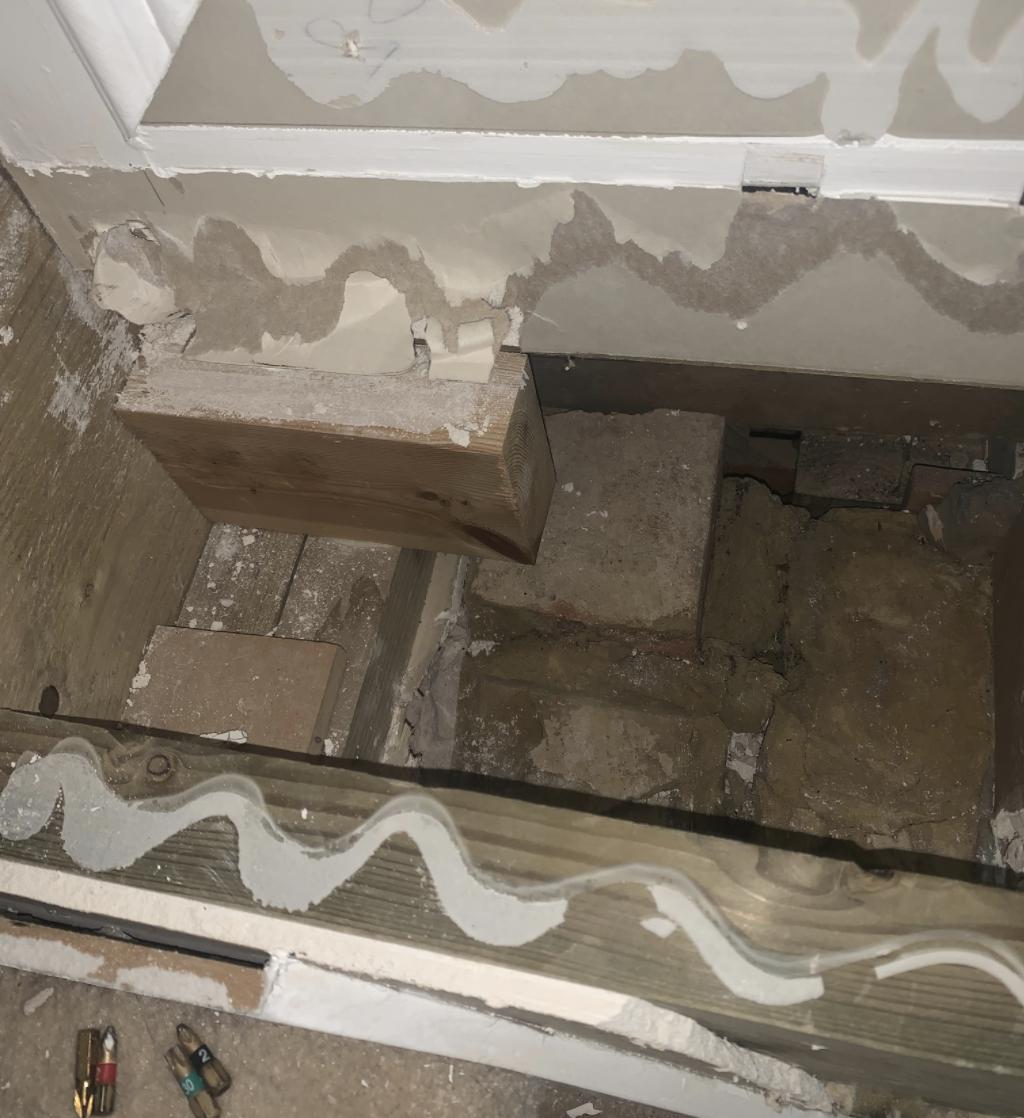 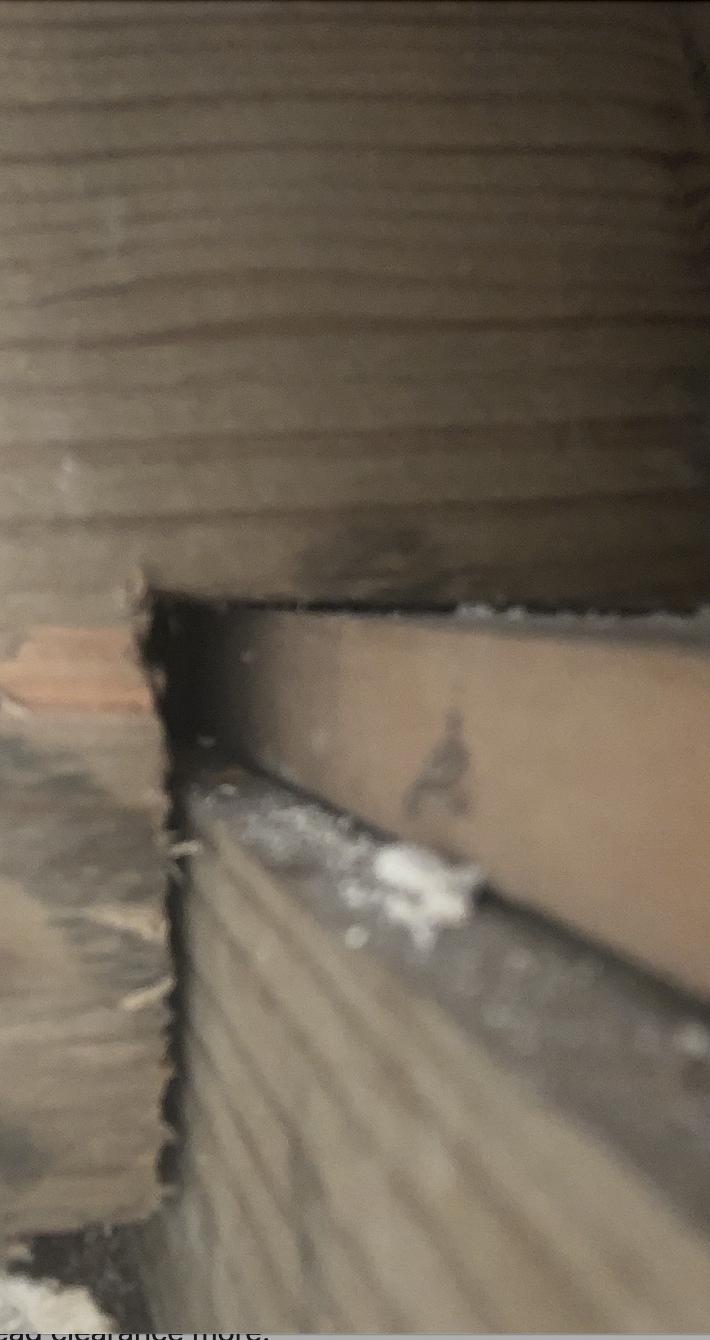 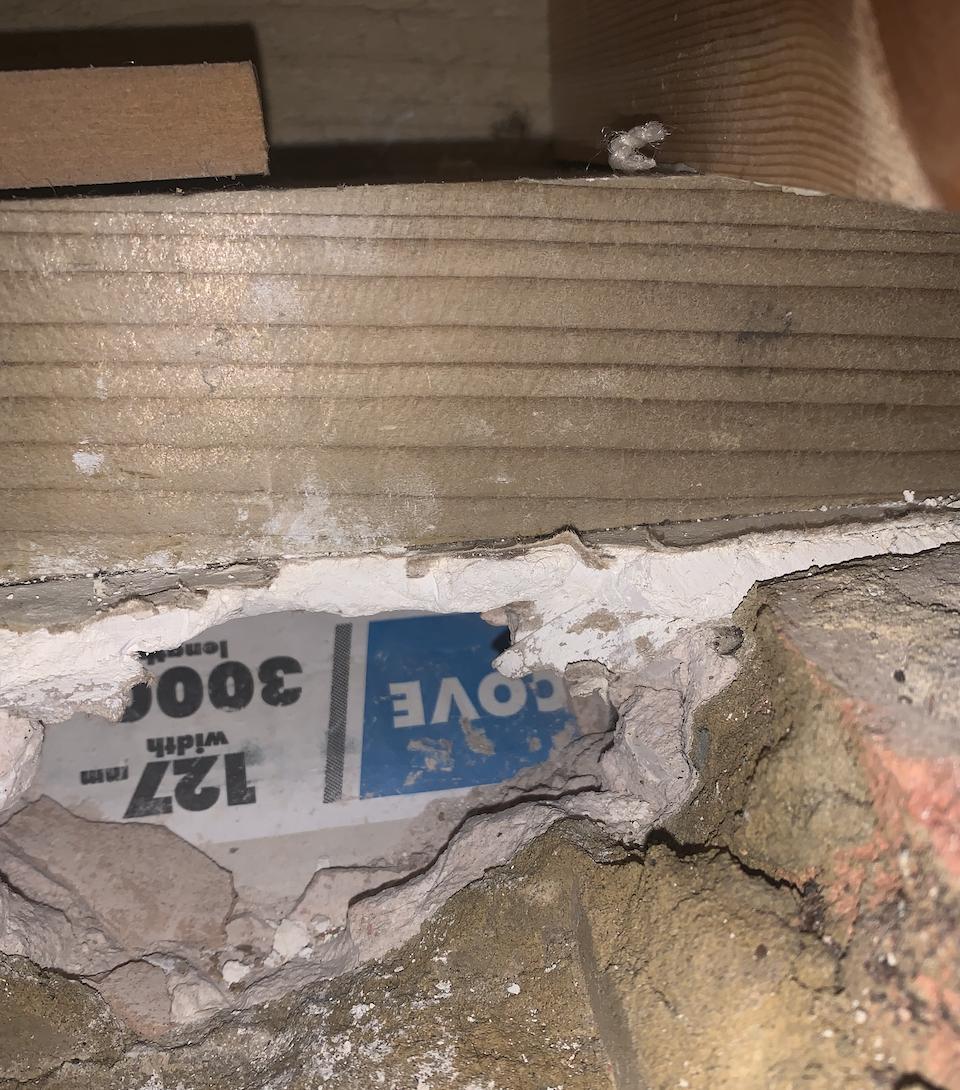 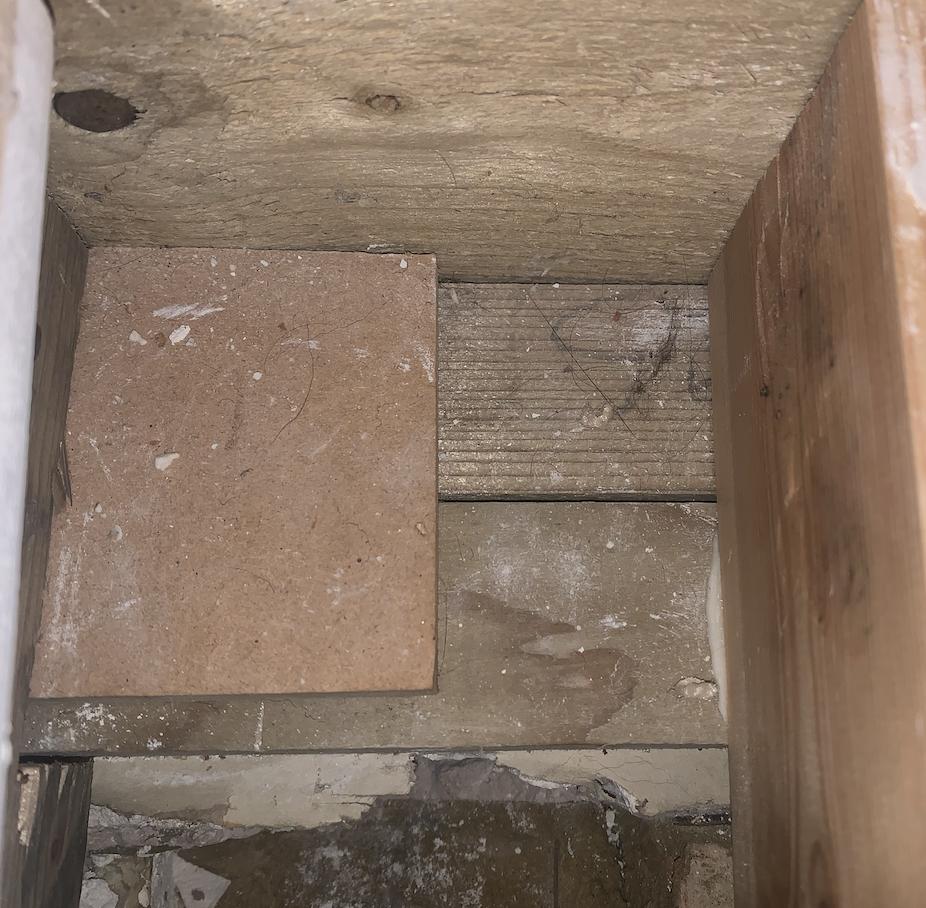 I reach the same conclusion that as @Isherwood, if you are talking about the joist I pointed out in the picture, it is resting on a top plate/sill and does not need to be sitting on the brick wall. That joist is not just being support by the one nail in the end.

I do not see how replacing the 2x6 with a 2x7 is going to increase the clearance in the stairwell by a ½ meter.

Also the joist you are considering replacing is a header joist with all the ceiling joist hanging off of it. It would be difficult to swap out the 2x6 with a 2x7 without a lot of temporary support for the ceiling joist. 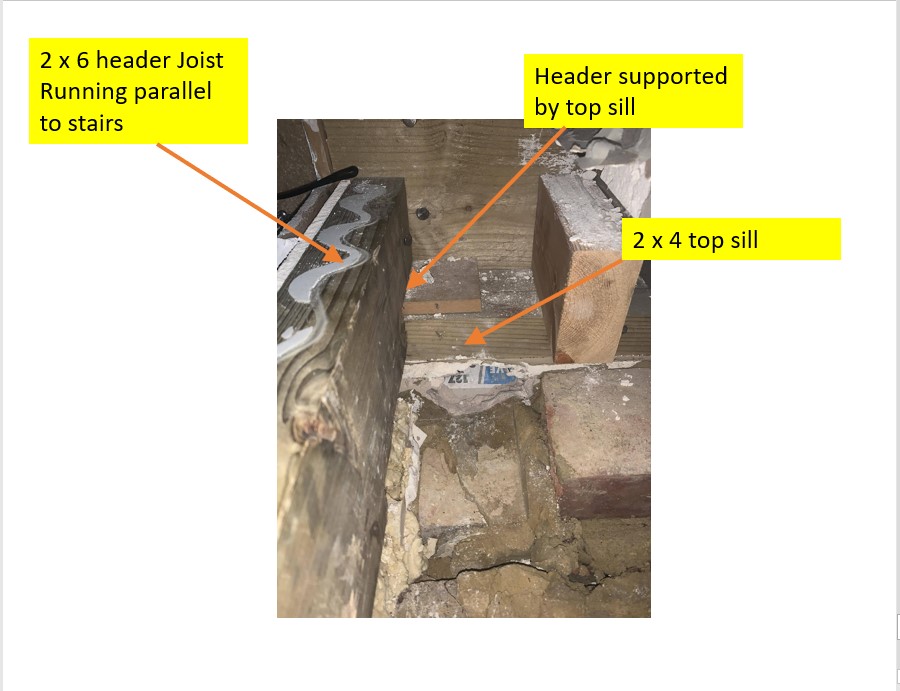 Not the answer you're looking for? Browse other questions tagged joists brick or ask your own question.

5
What should I do about this load bearing wall that is only supported by a joist floor?
1
How should I repair crumbling joist pockets in a brick wall?
1
How can I repair the end of joists sitting in brick pockets?
1
Cavity wall insulation brick replacement
0
How to Pocket joist into double Wythe solid Brick wall?
3
Running wire through sole plate and joist at an angle
1
Cleaning an interior Brick Wall
0
mice and sound traveling through brick party wall joist pockets