(Apologies since this has been asked before, but I can't seem to decipher other answers)

I have a 3 way switch in my garage for overheard fluorescent lights. S1 is in a single gang box with no other wiring, S2 is in a 2 gang box with another independent light switch. I'd like to re-wire the 3-way with a tp-link smart switch (that requires a neutral) but from what I can tell (confirmed with a multi-meter) I do not have a neutral in S1. The wiring fits the image below, which has been referred to as a power-in-fixture installation. 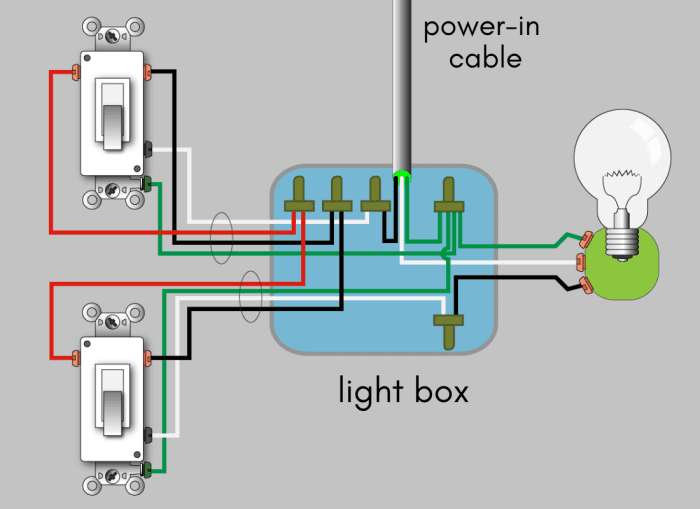 What are my options to get this to support a smart 3-way switch that requires a neutral? I've read about using the ground as a neutral but It's almost always cited as a bad idea.

I realize there are smart switches that do not require neutrals, but I've already bought a specific brand and installed them in the rest of the house and If possible I'd like to avoid dealing with multiple manufacturers and control apps.

Edit: I came up with an acceptable work-around. The 2-gang box has a neutral, so I can use the smart switch there, and I can leave a normal 3-way toggle switch at the single gang box. The 3-way smart switch works just as well being one-half of the circuit. So really the only difference is that the other switch is a toggle instead of an aesthetically matching paddle switch, but I think I can live with that for now. I'd still be interested in any tips that would allow me to replace the switch in the single gang box as well though.

Correct, neither box has neutral in a "power at the light" configuration. You cannot use a neutral-needing smart switch here unless you dispense with the dual travelers, i.e. use smart switches at both switch locations that use wireless or powerline signaling.

Edit: I came up with an acceptable work-around. The 2-gang box has a neutral, so I can use the smart switch there,

NOT acceptable. You cannot poach neutral off a different leg of the circuit. Yes, I know it works, but it's no better than bootlegging ground, so why not just bootleg ground at that point.

Your best bet is to change to a smart switch tech such as Insteon that handles 3-ways with wireless or powerline signaling. At that point you re-task the 3 wires as:

Since the smart switch does not need travelers and you need only one switch, you can rewire it. White wire is neutral, black coming phase, red-phase out, connect to load. Second switch box no use, just cap the wires and blank cover.

Some active devices consumed so little power that their instructions allowed the use of the ground to carry the very small current that they drew. I don't know if the current applicable code allows that. The instructions for your device would of course have to allow that.

3
Can I steal a neutral from another fixture on the same circuit?