What happens if you wire a box fan in reverse?

Recently purchased a cheap box fan to go in my window and cool my room at night so I wouldn’t have to run the AC. The plug of the box fan plugged into the back by the electric motor. I couldn’t put the fan up directly against the window screen to get the cooler air from outside in my room the most efficient way possible so I rewired the fan and routed the plug to the side of the casing. When I was taking apart the fan to re-wiring I forgot to take a picture of which wire plugs into the positive and which wire plugs into the return… I think I have it right, the fan is running in the correct rotation direction though I don’t know if wiring it backwards would reverse the rotation direction. The fan does not seem to be running as fast as it did before I rewired it though that could be my imagination. I also used thinner gauge wire the wire does not seem to be heating up at all. Don’t wanna blow up the fan don’t want to do anything dangerous so if anybody could give me some direction I would greatly appreciate any help. 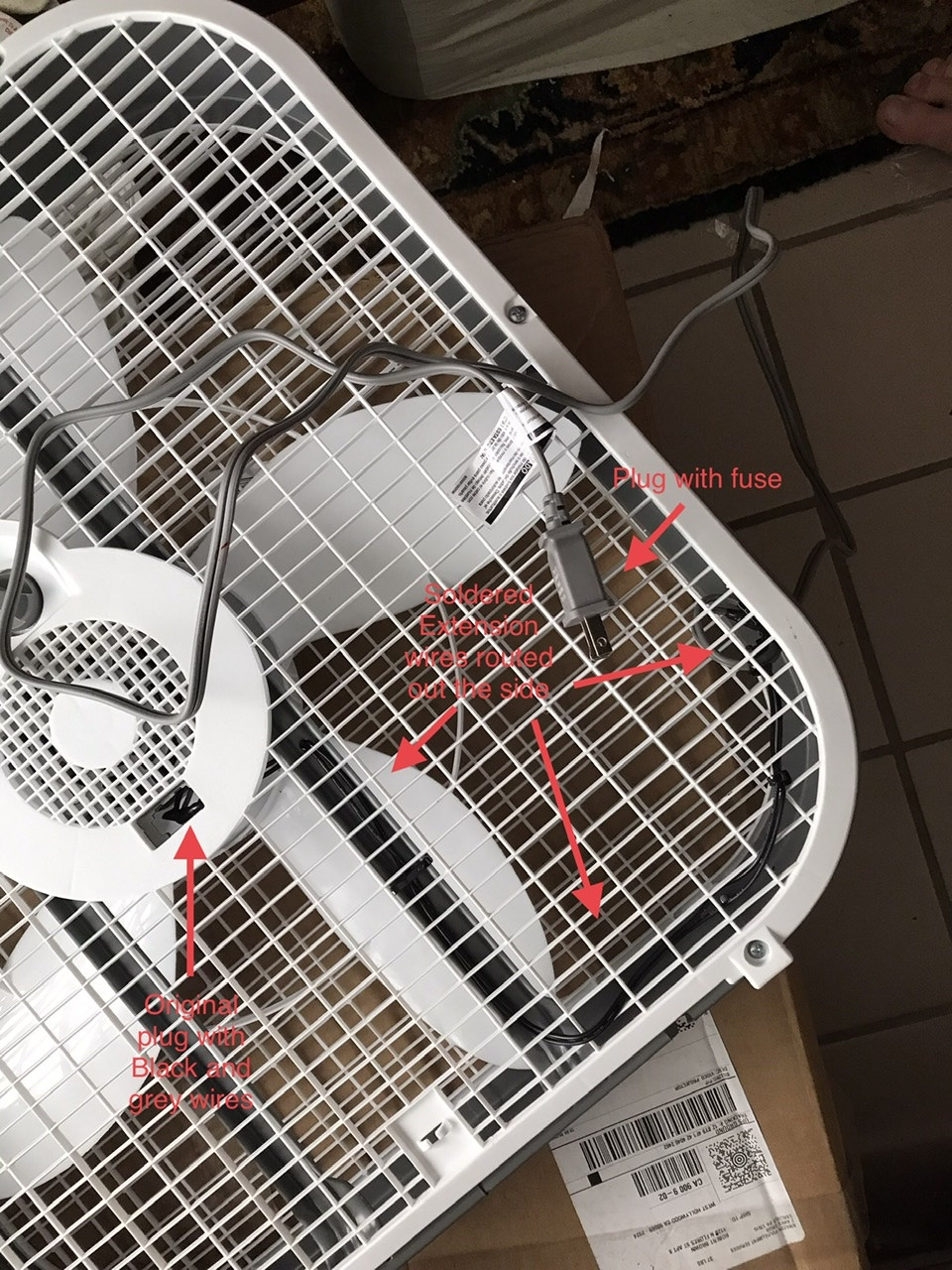 The fan runs on AC power, so it really doesn't care if you swap leads.

This is designed so that, under normal conditions, if you came in contact with neutral you will probably be OK. However you don't want to meet the 120V one in a dark alley. This polarity is enforced by the extra-wide blade on the plug. The wide one is neutral, as is the ribbed wire on the cord.

The way most appliances are built, you are far more likely to come in contact with one rather than the other. UL requires that one be attached to neutral. Some appliances have a very low probability of contacting either one, and if those are then "double insulated", the polarization is not required.

So anyway... your appliance WAS wired so that the one you're far more likely to come in contact with was the neutral. 50/50 chance you broke that. You should fix that.

2
Partial home electrical rewire
3
Is it safe to use a fan control with any ceiling fan as long as you wire it properly?
2
Residential Circuit Layout
1
What tests can I perform to figure out if a wire is my Grounding Electrode Conductor?
0
Wiring question for detached room
2
Left switch on gang light pair not getting power
3
Removing plug from receptacle kills whole room circuit
0
Electrical (3way switch and wire but single pole)
0
wiring hrv in a confusing house
0
3 way switch help