How can I better secure my door?

The situation is this: I live in a rented flat in a building. There is a door that allows access to the building, which can be opened from the outside only with the key.

After that, there is the door to my flat. It has a mortise lock and I have a couple of issues with it:

I am not familiar with how these things work in the UK, I only recently moved here, but that doesn't sound really secure to me.

Is there a mortice lock that would resolve the two above issues? I would have someone else buy and fit it, so some terminology that I could use to better have him understand what I want is welcome.

P.S. Door is a wooden door, not sure the type of wood.

EDIT: I add a few photos of the setup that might be useful to identify all the pieces. My main objective is improve security when I am not home. 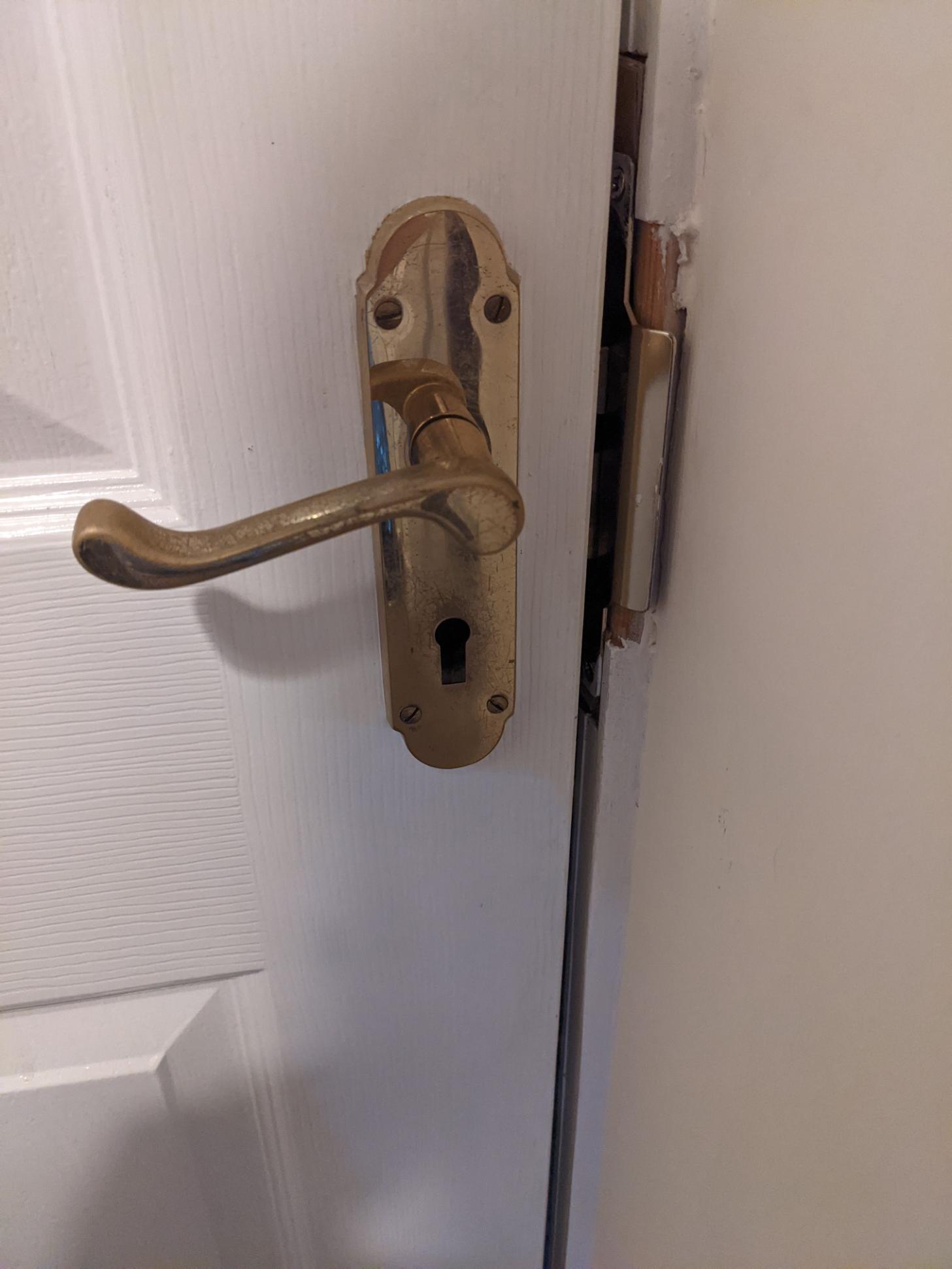 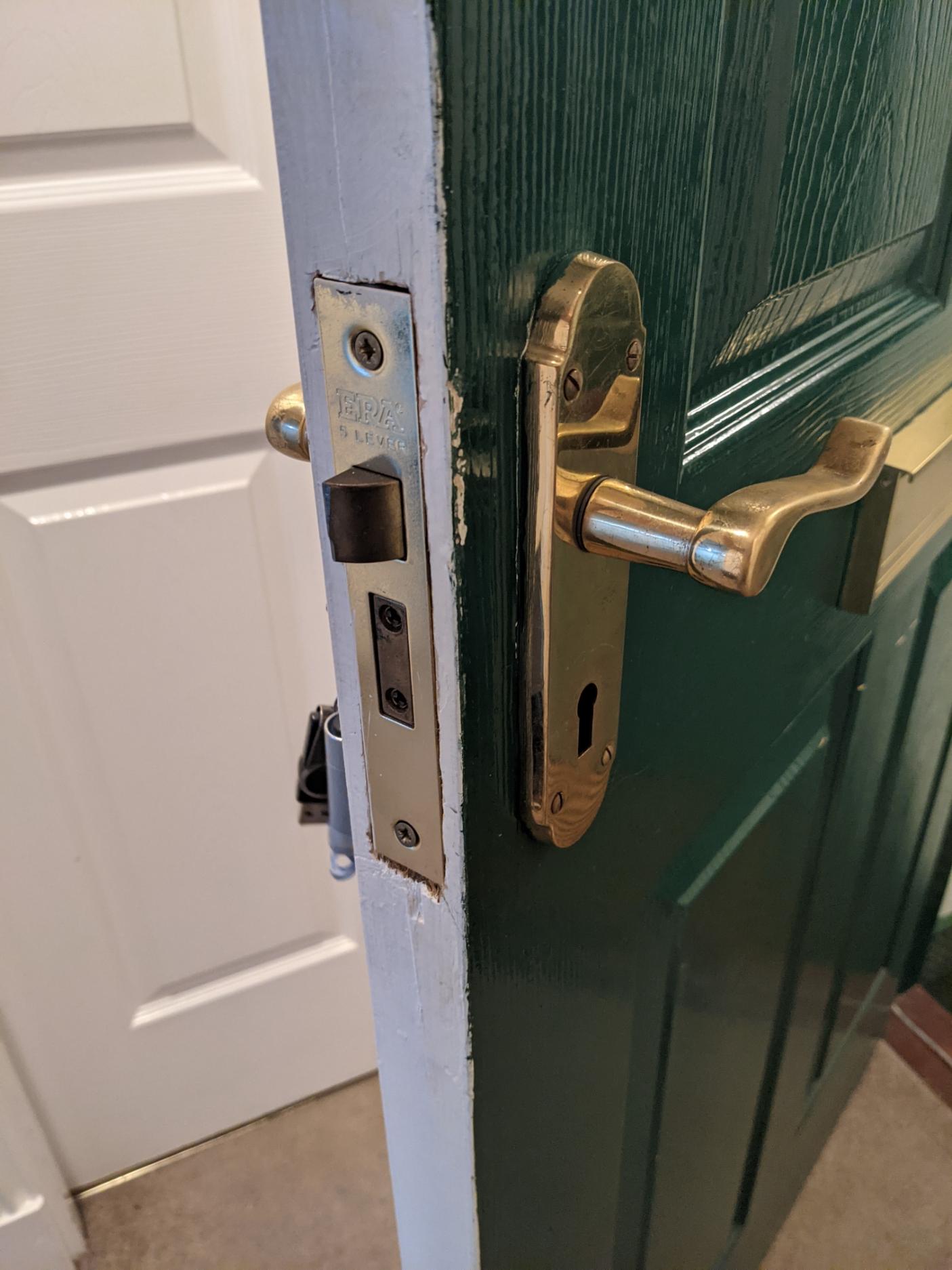 Without a photo, it sounds like your door, latch, and lock are common (at least in the midwest US where I live). The only thing you're missing that would provide an extra layer of security without showing on the outside of the door is an additional lock or set of locks. There are variations of these, and some people will add several different types to until they feel comfortable with the level of safety the locks provided.

Try one or more of these: 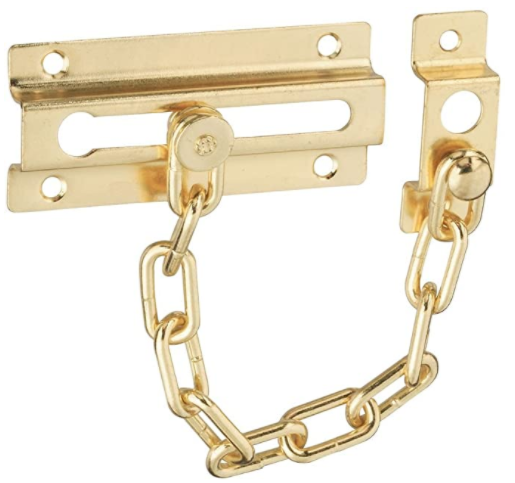 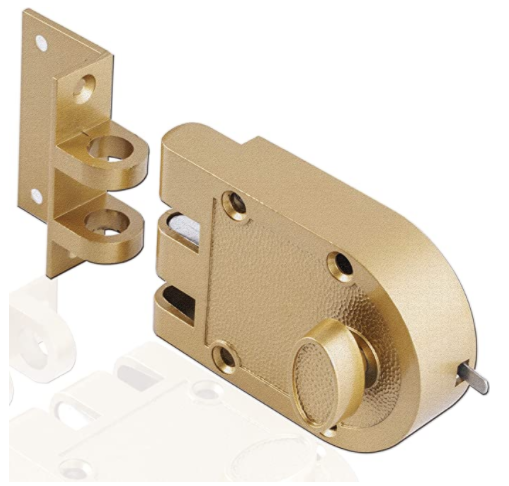 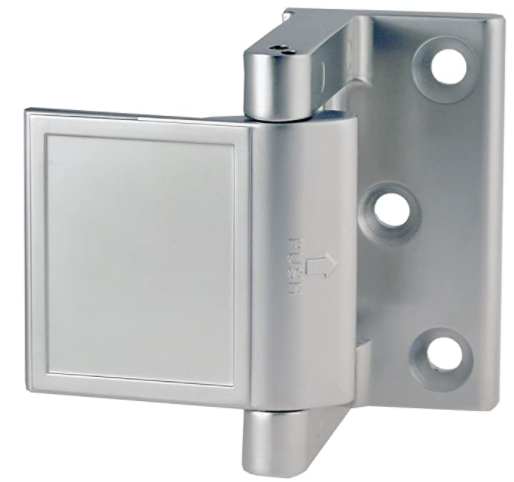 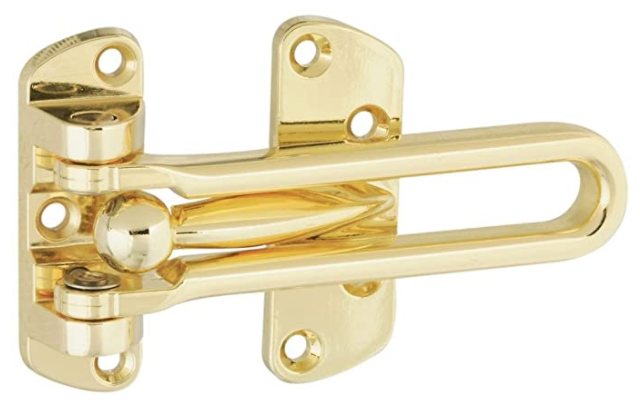 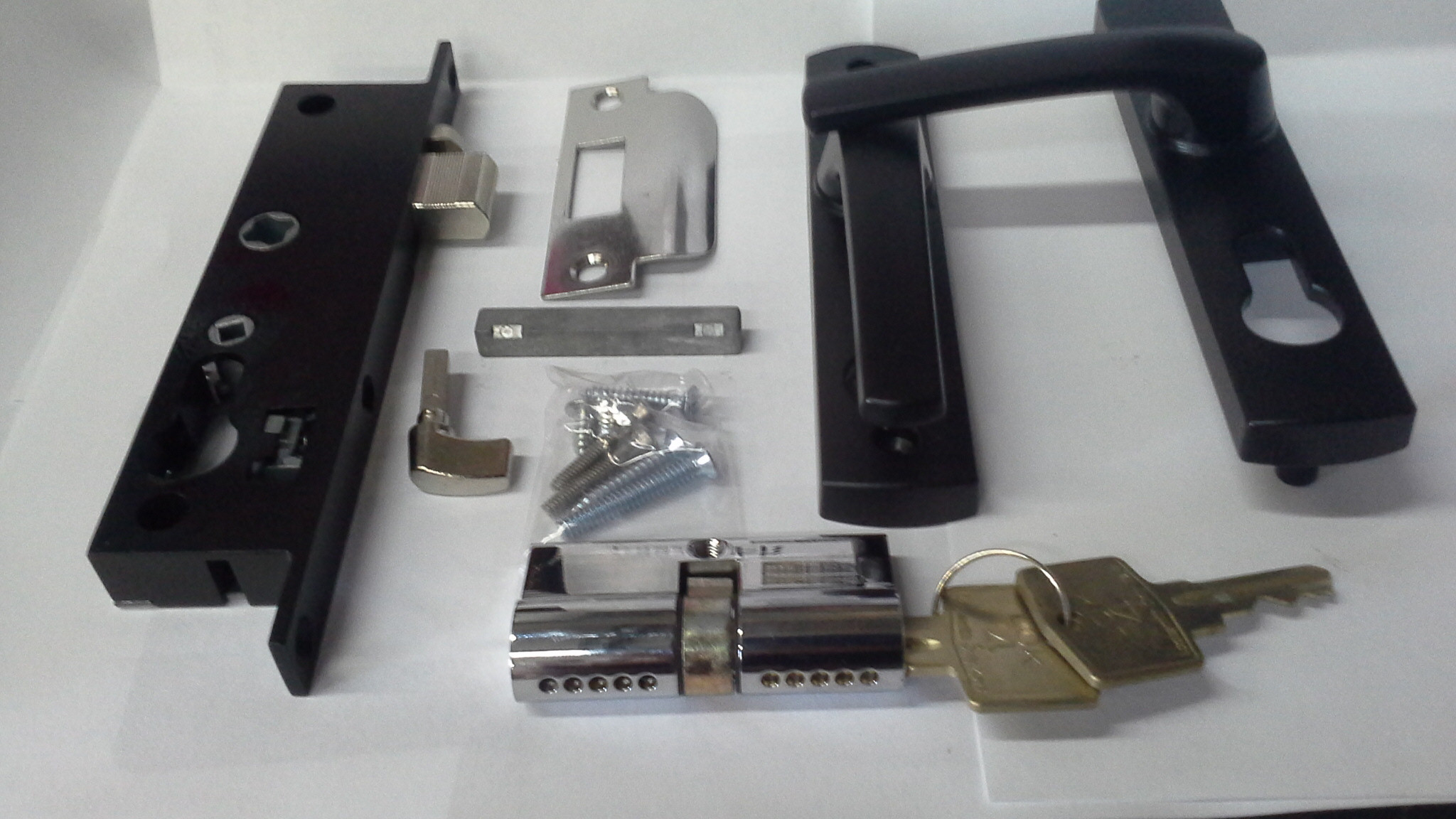 The lock you have is a lock of the same type which is used to secure a high quality screen door. You have that type of lock because the building is old. The door thickness, make, cut, and style are from the days when skeleton key locks were used. And no, they were not very secure. Granted, the dead bolt is not fantastic, but the dead bolt is secure enough. If the dead bolt is dead (cannot be pushed back when extended) and it grabs enough of the door jamb that it would break the jamb if kicked open, then the dead bolt is good enough. A battering ram will blow open any door. The problem in this lock style is that the lock is easily picked. Yesterday, everyone figured out how to pick these locks. In time, people forget.

Note: The more I look at the door, the more I think it is a new door of a new make. If that is the case, then I have no idea why such an expensive lock was installed into it.

One solution is to use the "Privacy door latch" from the other answer which is purchasable with a keyed entry where the key can be used on the outside and the lock sits flush on the door on the inside. That would be the easiest solution. But, there is no solution which does not change the look of the door and adds security while you are away.

If the door is thick enough, then you can add a dead bolt which extends into the jamb itself. If the door is not thick enough, then you cannot have any new style lock. If you want a new style lock, beyond replacing the door which is made out of wood that cannot be purchased today, or add another dead bolt, there is not much you can do. The huge square hole which is occupied by the lock would have to be fitted with fill lumber and finished to make smooth. All of the holes that go through the door would have to be treated the same way. Then you would have to create new holes that define what is needed to install a lock of the new harder to pick style on the door. Sand, good luck getting a texture match. Paint the door both sides. Install the new lock -- and no, it won't look like the other doors.

I highly recommend that you get permission from the building owner before attempting either skilled operation or you are likely to find yourself thrust evicted by a very angry land lord. 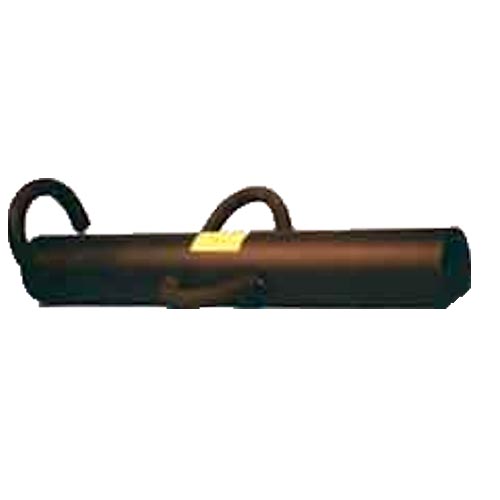 Installing the door chain lock is a simple and low-cost solution to increase home security. The chain lock adds added protection to residential or apartment doors. It allows me to check who is knocking on our front door first because it keeps the door slightly open. This stops an invader from accessing our home right away.

Not the answer you're looking for? Browse other questions tagged doors lock uk or ask your own question.

4
How can I remove a Mortise Lock and deadbolt from a door?
8
How can I fit a Schlage lockset in my front door?
6
How can I secure a door with a window right next to it?
0
Key card door lock?
2
Are entry door systems with lock release secure?
1
How can one replace a Lori branded lock that won't fit in a new door
0
Ensure that a closed door is a completely locked door?