How Should I Reuse or Replace this Ductless Lineset Cover?

Should I insist on a new line set for this ductless mini split replacement? How should I do the lineset cover given that the current setup can't be easily opened?

The ductless mini AC at our Cabin needs replacing (missing half its old R22 coolant, likely leaking). I am getting bids on a new 18,000 BTU system, but I am having trouble getting contractors to work with the lineset cover. It runs like so (~20 foot run). 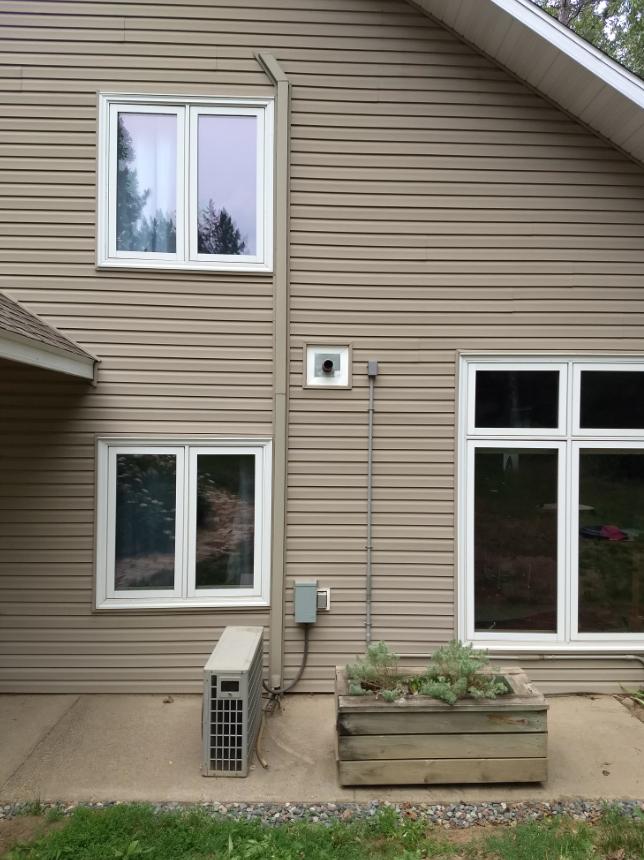 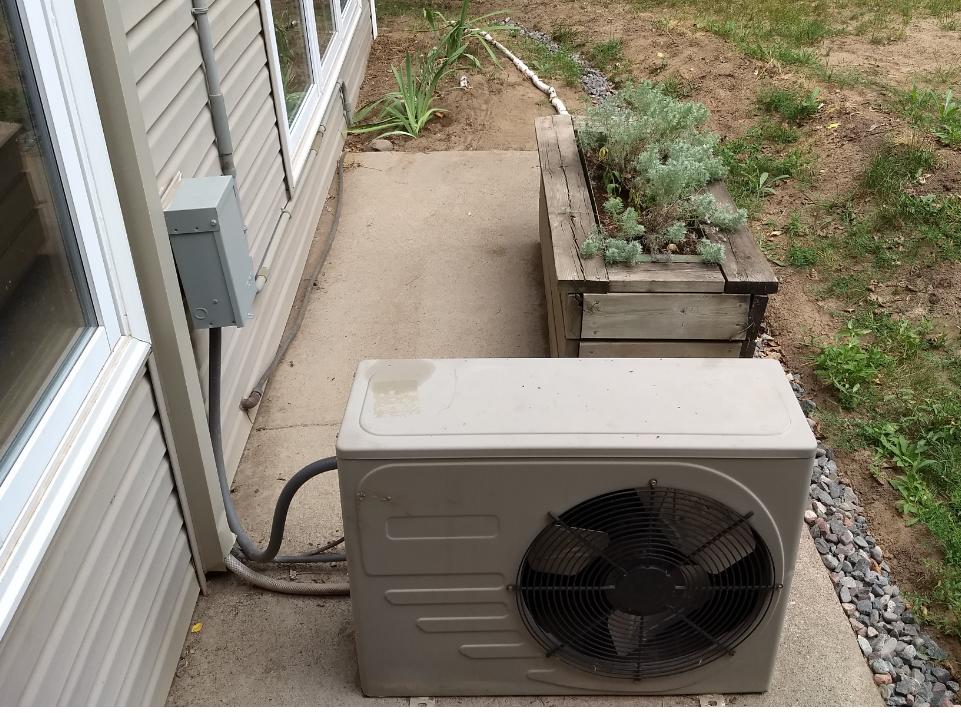 The lineset cover isn't the usual, purpose-built stuff. It appears to be simple aluminum flashing, the same shade as the siding. It's 3"x3" That's good because it hasn't faded (like lineset cover at our house). IMO, it looks pretty good (better than the rain-guttery lineset cover that's typical), but it cannot be taken apart.

I've pried and poked enough to figure out it seems to be made from this flanged U channel, attached underneath the J-channel that holds the siding next to it. (This specimen was found in the garage rafters.) 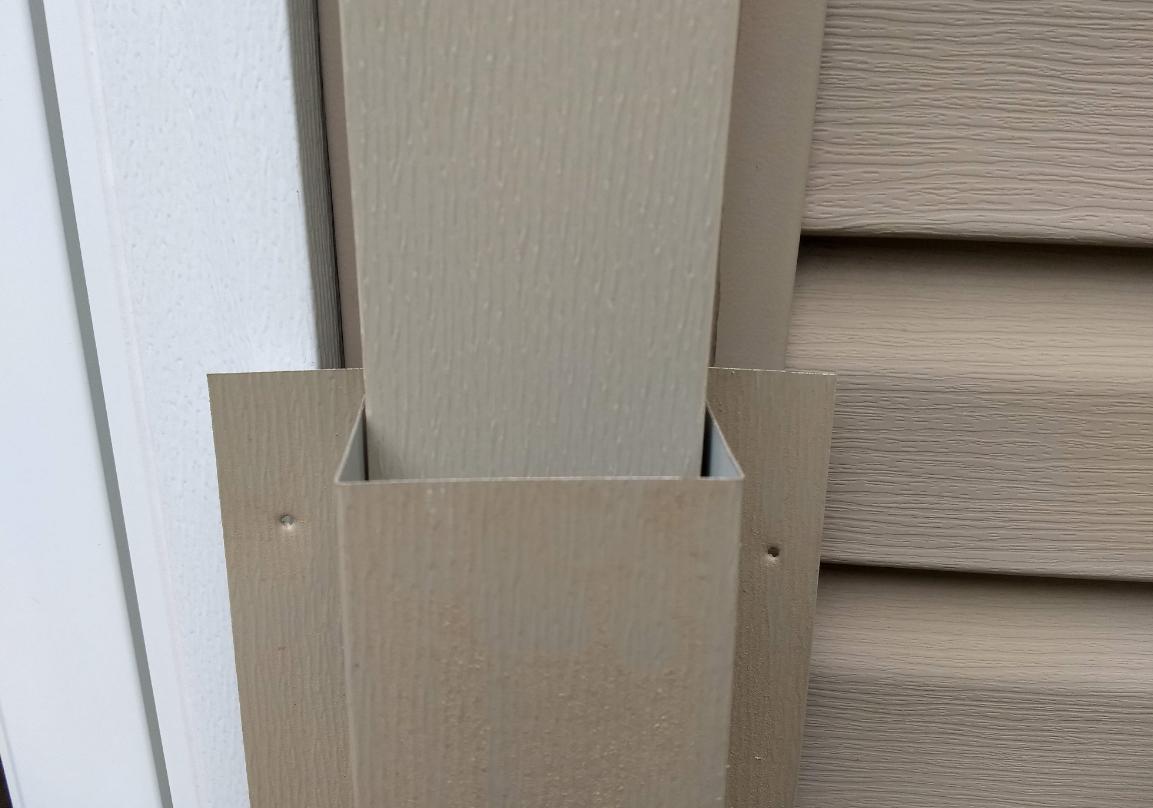 That means it can't just be popped open like regular lineset covers, and removing it would, I think, mean tearing up the siding all the way up, not a reasonable option. It's not over the siding, it's flush with the wall under the siding. The siding ends at the channel edge. The flanges from this appear to be nailed down under the J channel, which is then of course nailed down and holding the horizontal siding pieces.

The first AC replacement bid came in with the caveat from the contractor that his team would cut off the old lineset cover and do nothing if they couldn't get it back on properly. That's a recipe for a mess, so I'm not using them.

The next bidder wanted to simply re-use the old lines after flushing them. That sounds reasonable-ish, except that the insulation on these is likely completely rotted away under there. (The stuff at the bottom was falling apart) and I don't trust the 20 year-old copper lines. Moreover, the unit needs to be raised up between 4 inches and 1 foot (depending which heat pump we choose to use) and it's going to be rotated 90 degrees to be parallel to the wall, fan blowing out. I don't think the current line set can be made to do that.

As I see it, I have these options:

The latter might work because I found in the rafters in the garage two 8-foot pieces of non-flanged U channel in the same shade. I think if I cut the face off the existing channel, I could then fit this U over it, seal it up with caulk, and be good to go. (The length of the sides of the U aren't equal, but I suppose some tedious trimming with the aircraft snips could fix that.) 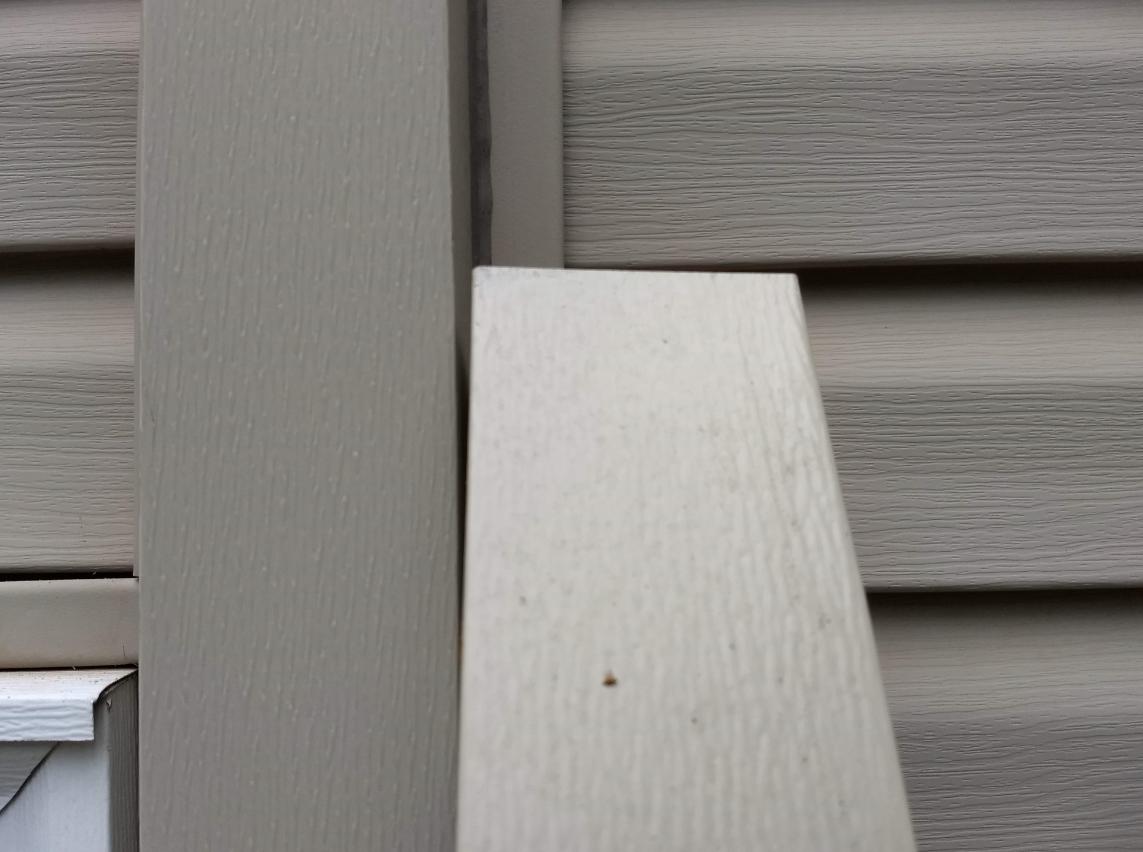 I like the option of opening up the existing lineset cover enough to facilitate replacement of the line set. It's bound to be a painstaking process though -- you may have to ask a contractor to remove the refrigerant and disconnect the existing lines, then remove and replace them yourself, and finally call the contractor back to connect and charge the new equipment.

It may not be necessary to entirely open the lineset cover. If you open the angled portion at the top and cut the line set at the bottom you may be able to lift the column of line set out without opening any of the vertical portion of cover. It's possible that the line set may be fastened to the wall at one or more points in the vertical section though. If it is, you'll have to open the cover enough to find and release such fastening. It may be possible to find the location of any strapping by inserting a "glow stick" or "fish rod" (wire pulling tools used by electricians) with an inexpensive USB or wireless borescope camera attached.

If the old line set can be removed semi-non-destructively a new set can surely be installed by reversing the steps. Attach a pull rope to the old line set before removal; that rope may come in handy for pulling in the new line set.

Open the lineset cover by cutting near its outer corner. This will leave you with an L or Z-shape section (the sides of the cover) still on the wall. The U-shape section you've found could be used in the repair: attach with blind ("pop") rivets or screws to the L/Z shapes on the wall.

A metal shear like this one may make the cutting easier (as compared to aviation snips). I've seen electric, pneumatic, and drill-powered versions of this tool. (credit to Harbor Freight for the image) 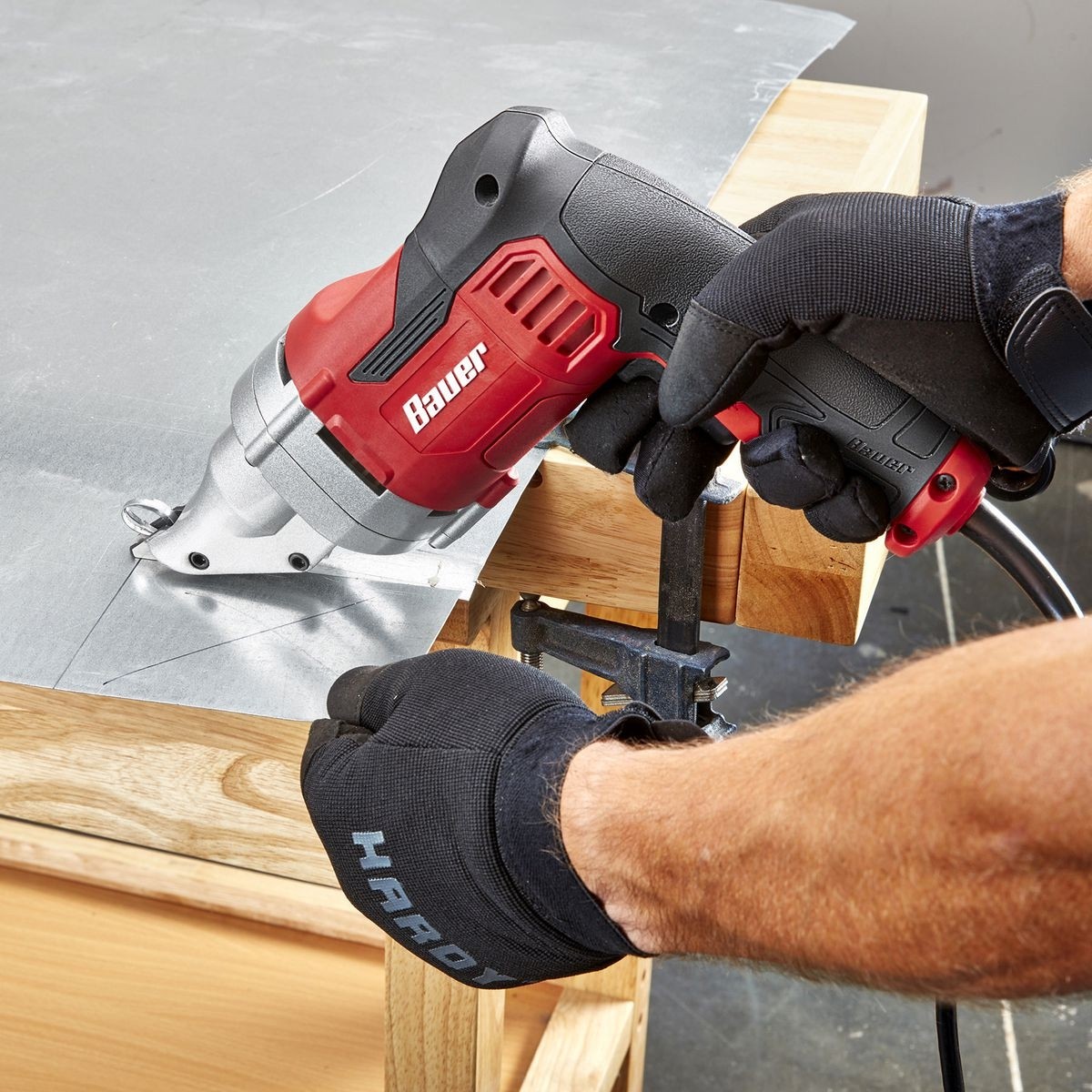 Not the answer you're looking for? Browse other questions tagged air-conditioning siding flashing ductless or ask your own question.

1
Is a PTHP an HVAC option for a super or well insulated structure?
1
In what order should I complete these projects?
0
How should the top edge of an asphalt shed-type roof be finished?
0
How do I get under shingles to replace the roof edge flashing?
6
How can I replace the siding on my garage when its on the property line, and 12" adjacent to another structure?
0
Using sheathing as siding?
0
Problem removing cracked siding shingle