I'm remodeling a place built in the 80s and found that the dishwasher and disposal are on a multi wire branch circuit - i.e. live wires come from separate breakers but shared neutral.

AFAIK in California to bring this up to code i only need to gfci the dishwasher (although if they have already adopted newer nec's maybe its disposal now too + afci - ill need to talk to my inspector).

In any case, this is what it looks like right now:

I was originally hoping I could just throw a GFCI in place of the existing outlet at the box above the counter there - but seeing as how the neutrals are shared I don't think this will work.

At the breaker, the two circuits are on separate breakers one right on top of the other but oddly enough there is no bar/linkage piece to ensure that they flip together - perhaps they forgot it?

So what are my options for doing a GFCI correctly for the dishwasher? So far all I can come up with is:

b) run another wire from the counter box to the box below the sink to allow me to do something like the below (running another wire would be really difficult in this situation): 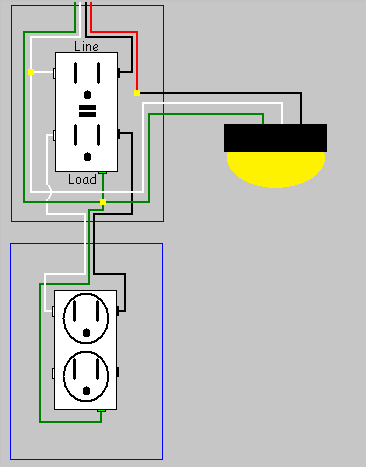 c) install another box below the sink to give seperate boxes for dishwasher & disposal and then install GFCI on the dishwasher one (maybe disposal too?) - I am not actually sure if this would work, but if it did it would be the easiest/cheapest of these options: 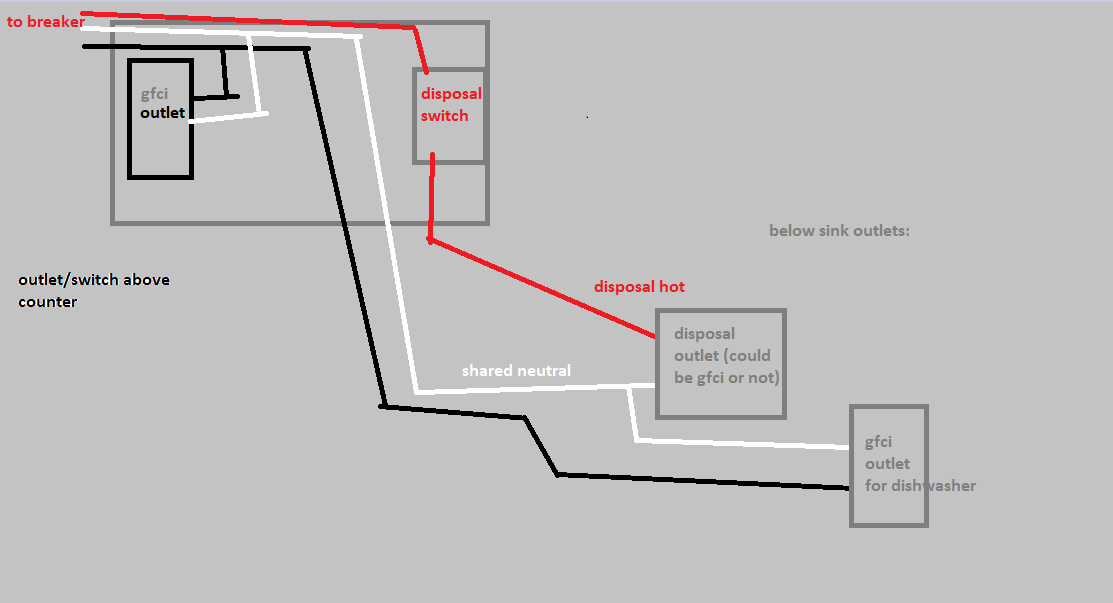 Option C would certainly work, there is no problem sharing the neutral on the line side of the GFCI devices.

It can be a bit tricky adding a box if the existing box is installed recessed in the wall. One easy option is an 4s extension box with a single device in the back of the box like a Raco 187. Then use a raised steel cover with two devices like a Raco 809C. 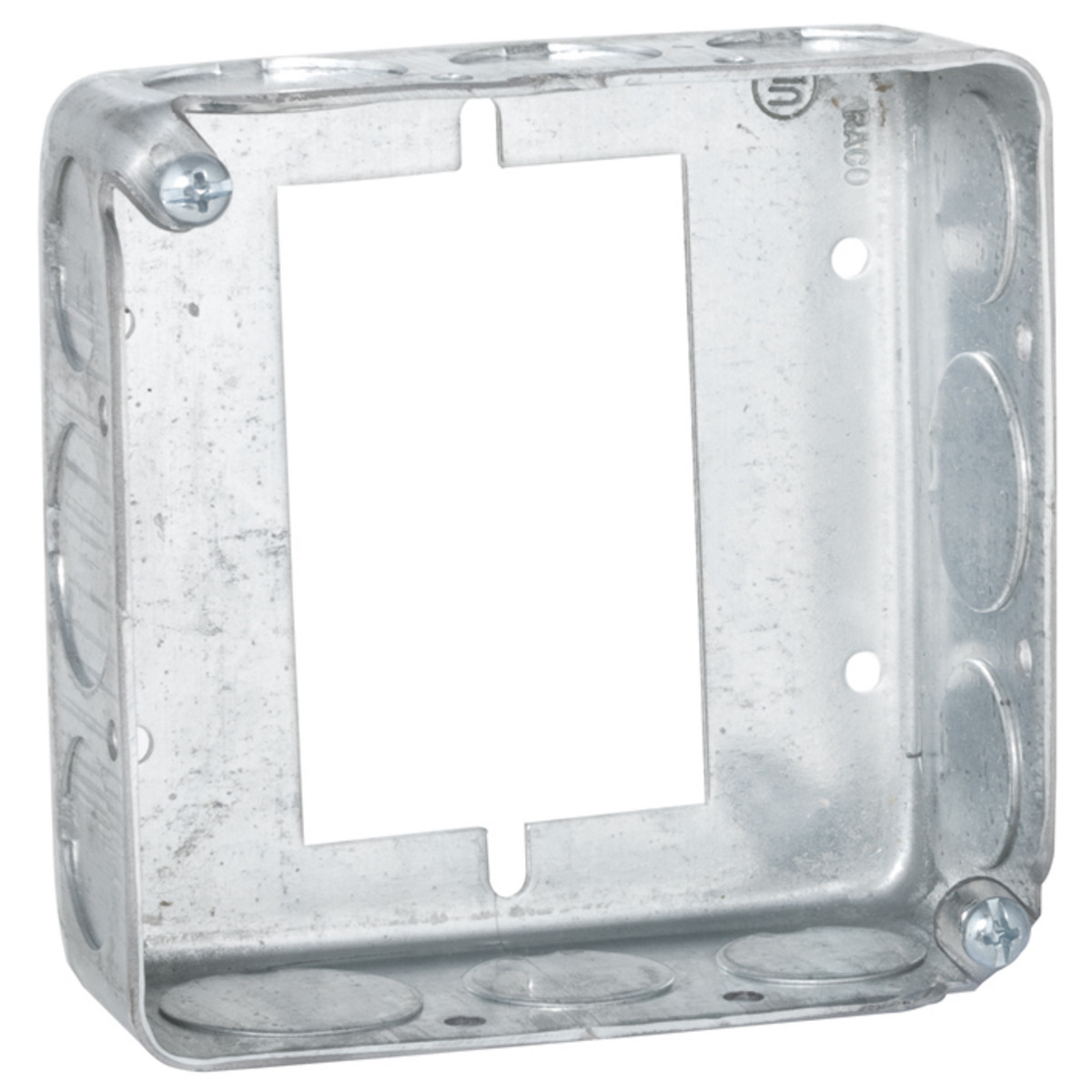 About the missing handle ties on the MWBC, changes that require handle ties and identification of wires are a relatively recent change, in the 80's breakers weren't even required to be adjacent.

GFCI protection is not specified for the disposal in Section 422.5(A) in the 2020 NEC like the dishwasher is, but it is not uncommon for inspectors to call it out as within 6' of the sink.

You should check the amperage rating on the dishwasher, the NEC only allows fastened in place appliances to use a maximum of 50% of a branch circuit when shared with receptacles.

Not the answer you're looking for? Browse other questions tagged electrical receptacle dishwasher disposal or ask your own question.

0
Do I need two separate duplex receptacles for dishwasher (GFCI) and garbage disposal?
5
Is a GFCI necessary for a dishwasher?
1
Wiring disposal/dishwasher/outlets in island
3
Can I piggyback off a hard-wired dishwasher circuit for a disposal?
1
Wiring for GFCI with 3 cables
2
Disposal Circuit Update
1
Add outlet to circuit with dishwasher and disposal
0
Best Circuit for Kitchen Receptacle
2
60V on disposal switch, and fridge controlled by a GFCI?
0
How to wire two GFCI to one split circuit basic receptacle for dishwasher and disposal