How to secure LED MR16 bulbs that fall out of fixture

I'm replacing my halogen MR16 bulbs with LED bulbs from Gledopto. The bases are GU5.3, so they are the "bi-pin" model that simply push into the socket, without any twisting to help secure them.

The fixture is a 3-pendant thing, where the open sockets face downward. My problem is that my new MR16 GU5.3 LED lamps (bulbs) are heavier than my previous halogen lamps--in fact, just heavy enough that they are prone to falling out of 2 of the 3 sockets. I'll see if I can upload an image, in case that provides any insight. The new LED bulb is on the right, and the old halogen is on the left. Even the socket where the LED remains in place feels awfully ready to just drop the thing out. 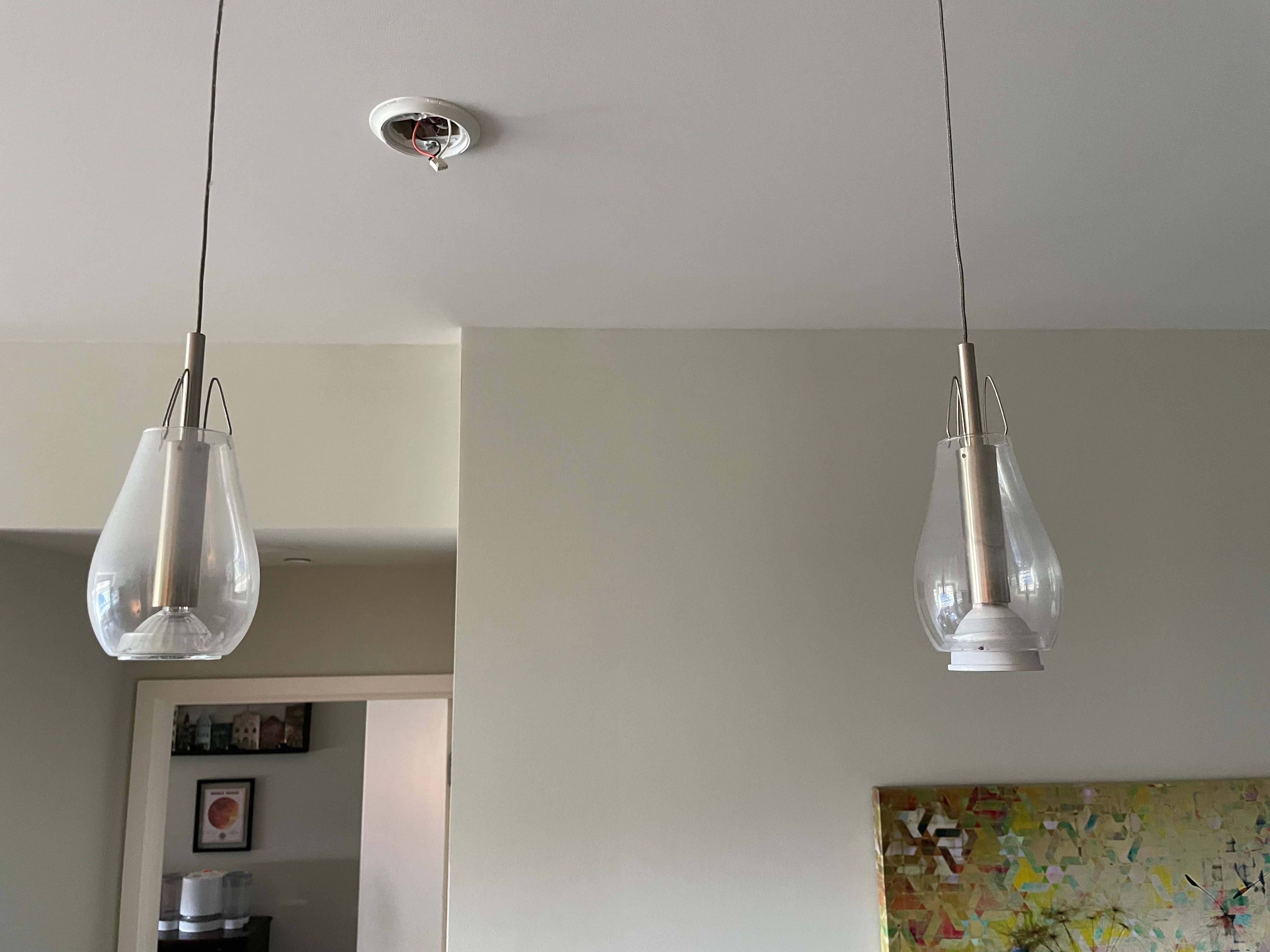 (For a while, I thought these new bulbs might be GZ5.3 instead of GU5.3, but a Gledopto rep confirmed that they're proper GU5.3.)

Any advice on how I can keep these bad-boys from falling out? Maybe a cleverly hidden strip of electrical tape or a dollop of silicone caulking? Perhaps slightly flaring the pins? Or let me know if you have any warnings like, "Good lord, man--don't use tape! It'll melt!"

Slightly flaring the pins will probably do the trick, but...

I am a bit skeptical about the quality of Gledopto. No personal experience, but the stuff I have found so far pretty clear does not have UL or ETL or similar listing and that, combined with the mechanical problems you're experiencing (points to poor quality control and/or poor design), weight & size (seems "big" but hard to tell from the picture) makes me a bit suspicious.

I recommend looking at a better quality manufacturer. A typical example is CREE (no personal connection, just highly recommended based on many sources) but there are plenty of others. In addition to UL or ETL listing, look for a long warranty (e.g., 5 years) or DLC certification as a further indication of quality.

Before you order anything, measure the bulbs you have now to determine the right size. You have a nice fixture and ruin the look by having the new bulb stick out an inch. Any quality manufacturer will have spec. sheets available showing the exact dimensions.

And electrical contact is a deal-breaker, because that will lead to serious arc faults.

You already have halogen lights that do fit properly, so you know the fixture is not defective.

That leaves the new LED bulbs. Either you have a misunderstanding about the size, or the new bulbs are not manufactured to spec.

I note that while Gledopto does have its own web site (which doesn't load for me)... I also see that the top 10 search results for "Gledopto" are rounded out by Amazon.com and AliExpress.

This is the mark of cheap junk.

Amazon.com has a program called "Amazon Marketplace" where **third-party listings (effectively eBay) are blended with bona-fide Amazon product listings. It is difficult to tell them apart. Amazon also gives them access to its warehousing and shipping system, which means these third-party items ship with Prime. Those items are generally bought wholesale off Alibaba for pennies on the dollar.

AliExpress, of course, is Alibaba's own site offering individual sale of Alibaba crud.

All of it is cheap and dangerous junk, with faked safety marks, and has not had any bona-fide testing by an independent testing lab, as is required for the North American Market (NEC 110.2). A competent mark would be UL, CSA or ETL. This involves a variety of testing, from components not catching fire to the plastic being borated to not be a fire accelerant. Safety costs money. They are, of course, absent from your lights.

The marks you do see are CE (there's no penalty for faking it outside the EU), FCC and RoHS which have nothing to do with safety. They stick those on everything.

So the answer is, "Back to Amazon it goes for being cheap junk that is not UL Listed".