How to attach electric receptacle when screws broke off

I’m trying to replace an electrical outlet. As I tried to unscrew the screws holding the outlet to the box, the heads broke off; one is basically flush while the other has a little bit of the shaft still visible. 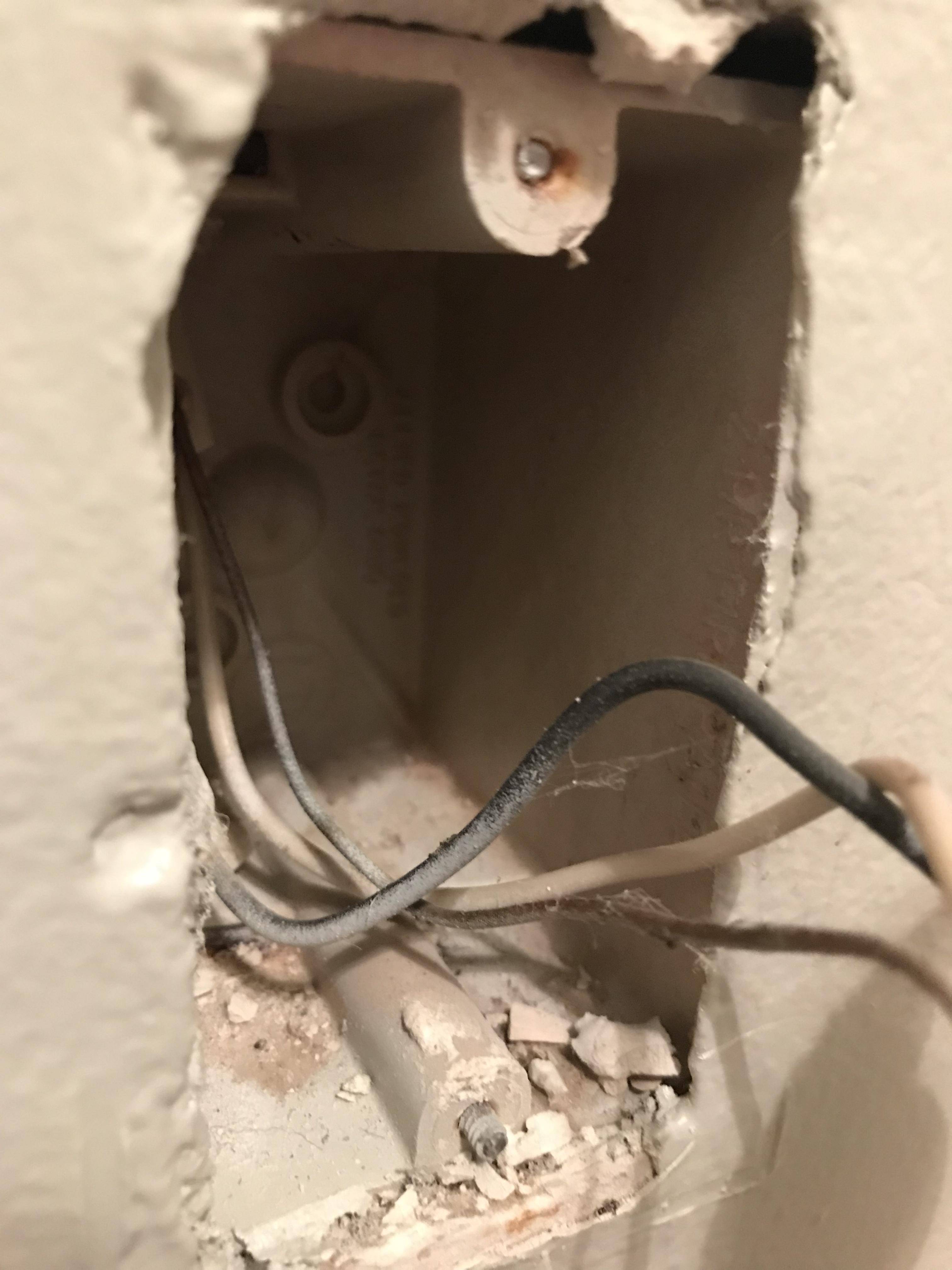 How can I attach the new receptacle to the box? I don’t feel confident enough to try to drill out the old screws. I’m not sure what to do.

Trying to drill out the screws is not a workable solution for the type of electrical box shown in the picture. The plastic or composite material that the box is made of is much softer than the steel screws. Attempting to drill the screw, especially with a hand drill, will just lead to the drill bit skidding off the top of the screw and digging into the adjacent plastic.

The screw that still has some of its threads sticking out may be able to be removed by clamping onto the stub with a small pair of "Vise Grip" type pliers and turning it with the pliers once gripped on. 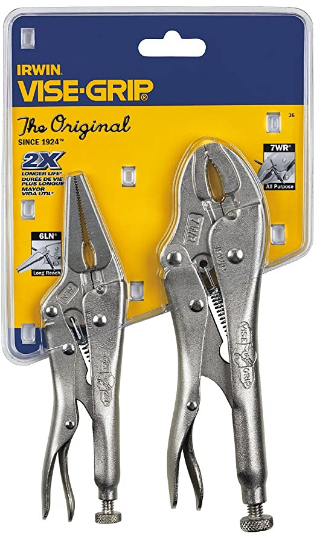 The problem still exists however with the other screw and even if you are able to remove the one with the stub you are still faced with the need that this electrical box will have to be replaced with a new one.

There are a variety of electrical box types called old-work boxes that clamp to the wall board and can be used as a replacement as long as you can get the old box out of the way. That old box is likely nailed to a stud on one side or the other. Removal usually involves removing some wall board and then patching up once the new box is in place. However it is sometimes possible to use one of those hack saws where the blade sticks out the end. You can use it to saw between the side of the stud and the old box to cut off the nails that mount it in place. If done carefully you may just be lucky enough to be able to remount an old-work box in the same hole.

Another replacement alternative is to mount a new double wide box and then provide a pair of the dual outlets. With careful work you can enlarge the opening just right for the double wide box to fit. This can give you room to work on the removal of the old box even if that means breaking it apart into pieces. Note that there are some clever modern electrical box designs that can mount to the side of the stud using screws that are accessed at an angle from the inside area of the box. Some of these boxes are even adjustable to get just the right wall surface match with the face of the electrical box.

Here is an example of one of the screw mount dual width boxes: 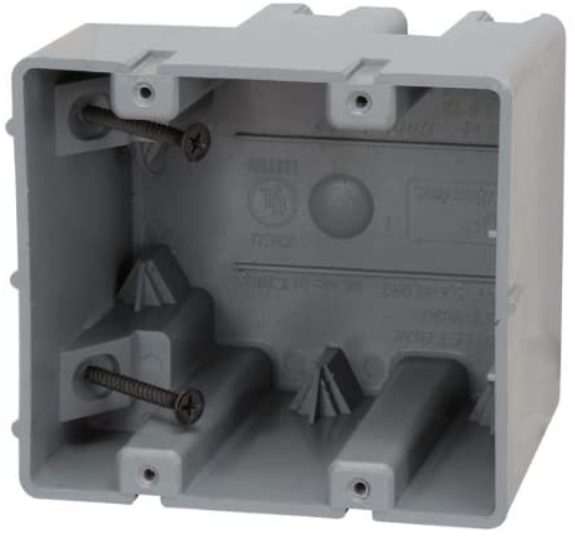 Top screw: "mushroom" the plastic around the broken screw by melting it with the head of a common nail held in a propane torch flame for a few seconds. When enough of the screw is exposed, use pliers.

I tried using some PB blaster on the screws, then tried vice grips on the bottom screw. Tried notching the top screw with a Dremel so I could use a flathead on it. These techniques did not work, unfortunately. I’m in a bit of a time crunch, so I didn’t want to try and replace the box and risk having to patch/paint the wall.

I ended up drilling the screws out despite my hesitation. I first used a 1/32” bit, then a 1/16” bit, and finally a 1/8” bit to clean out the holes. The screws were soft enough (likely why they snapped in the first place) that it didn’t take long to drill through them. I swapped out the machined screws on the receptacle with a couple wood screws with coarse threads to grip the plastic. It’s mounted solid and looks great! Thanks for all the suggestions here.

Drill out or remove the old screws with pliers or cut slits with a dremel.

Failing that, remove the old box and replace it.

If you're looking for a solution that doesn't involve replacing the box, using pliers or a vice grip will work for the bottom screw, as mentioned in other answers.

For the top one, you could try digging out a bit of the plastic around the screw with a utility knife, in order to give enough space to grab the screw shaft with vice grips or pliers, and remove it that way. As long as you don't dig away too much of the plastic, a new screw should still hold.

The tool you need is called a screw extractor. If you have a 1/16 or 1/32 bit, the extractor works even better if you can drill a tiny pilot hole in the broken screw before using the extractor.

6
remove sheared screw from electrical outlet box?
1
How to turn this switched duplex receptacle into half-hot
0
GFCI conversion trouble: receptacle not screwing into outlet support plate
4
Baseboard socket plug replacement
3
Crooked light switches in loose electrical box needs fixing
0
Upgrading to GFCI, and the outlet box isn’t screwed into anything
10
Rusted screws in outdoor outlet box
8
Do my junction boxes need to be behind a backsplash or flush with it?
9
How do I fix an outlet where the junction box falls into the hole and the wires are too short?
2
What is this weird (electrical?) bolt?