What is this black rubber irrigation system seal called?

Update 7/13/21: I took some additional pictures of the plug, as well as the pipes the plug is used on, and added a description.

I recently turned on my irrigation system after it having been winterized last year. I did this via a blue-handled valve located outside in an access box sunken into the ground with a large, green pop-off cover.

Much to my surprise, when I opened the valve, I was shot in the chest with a jet of water. After shutting the valve back off, I saw that there was an open pipe through which the water had shot. It had a threaded end and attached to it was this black rubber thing. 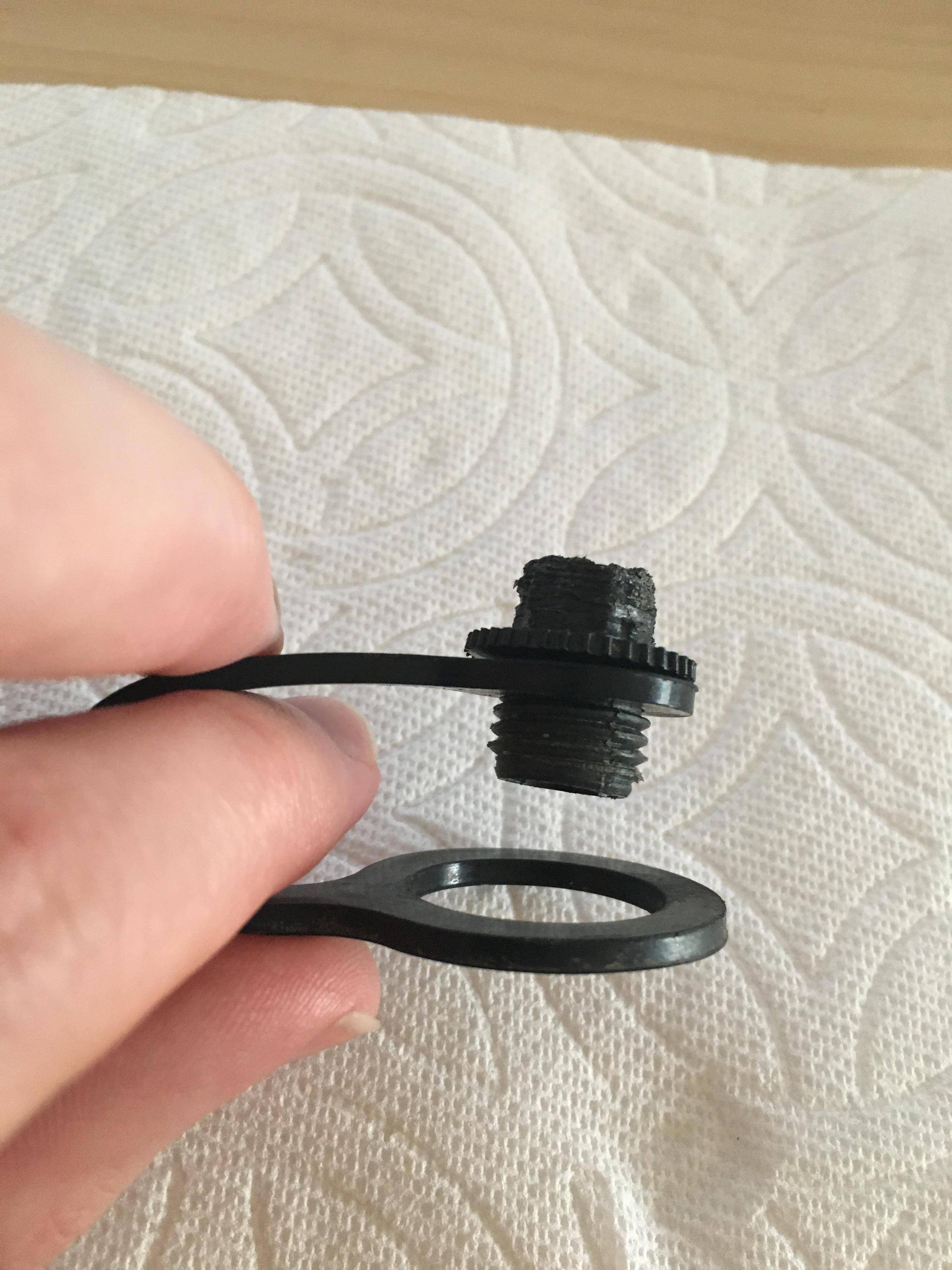 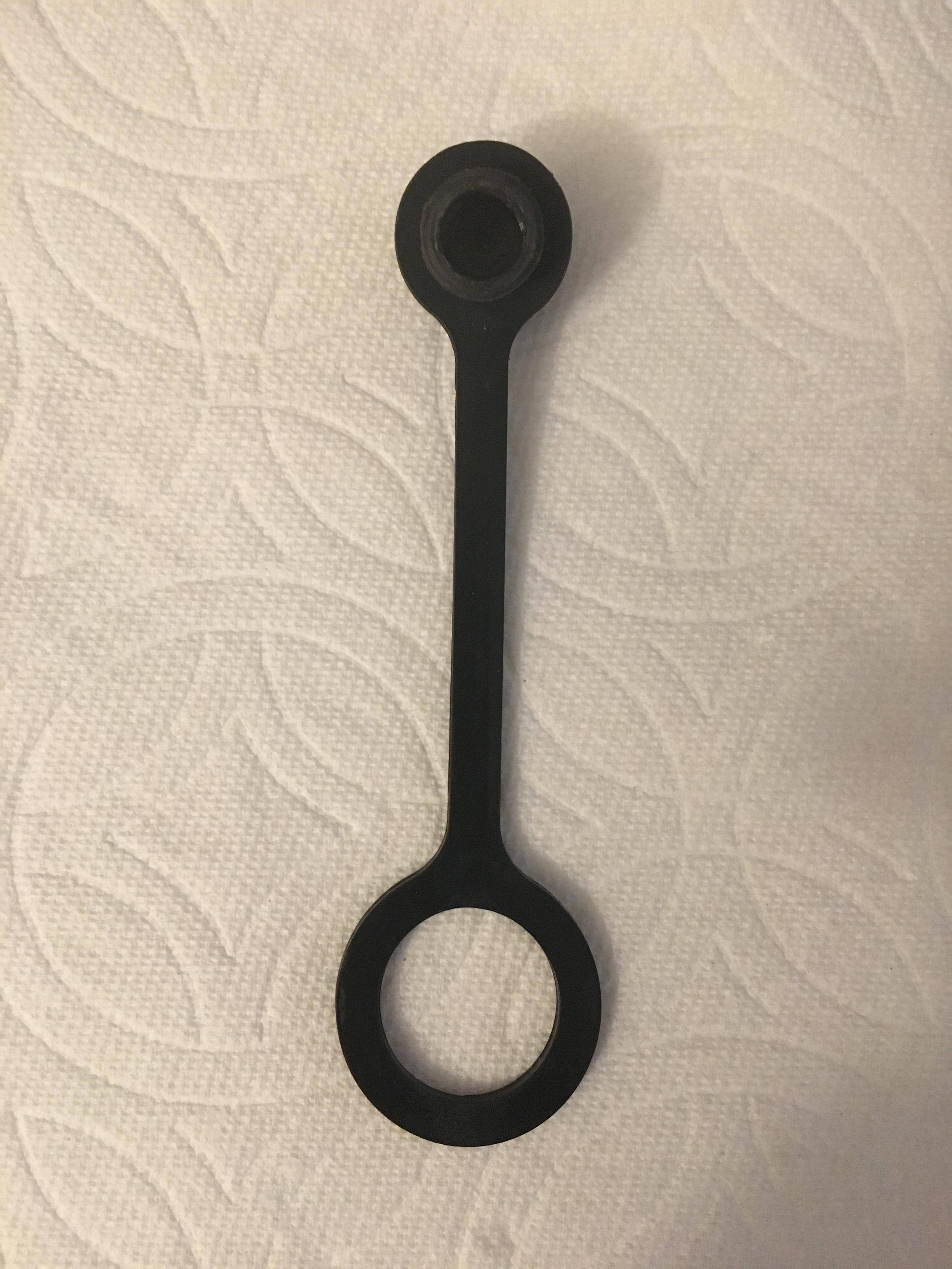 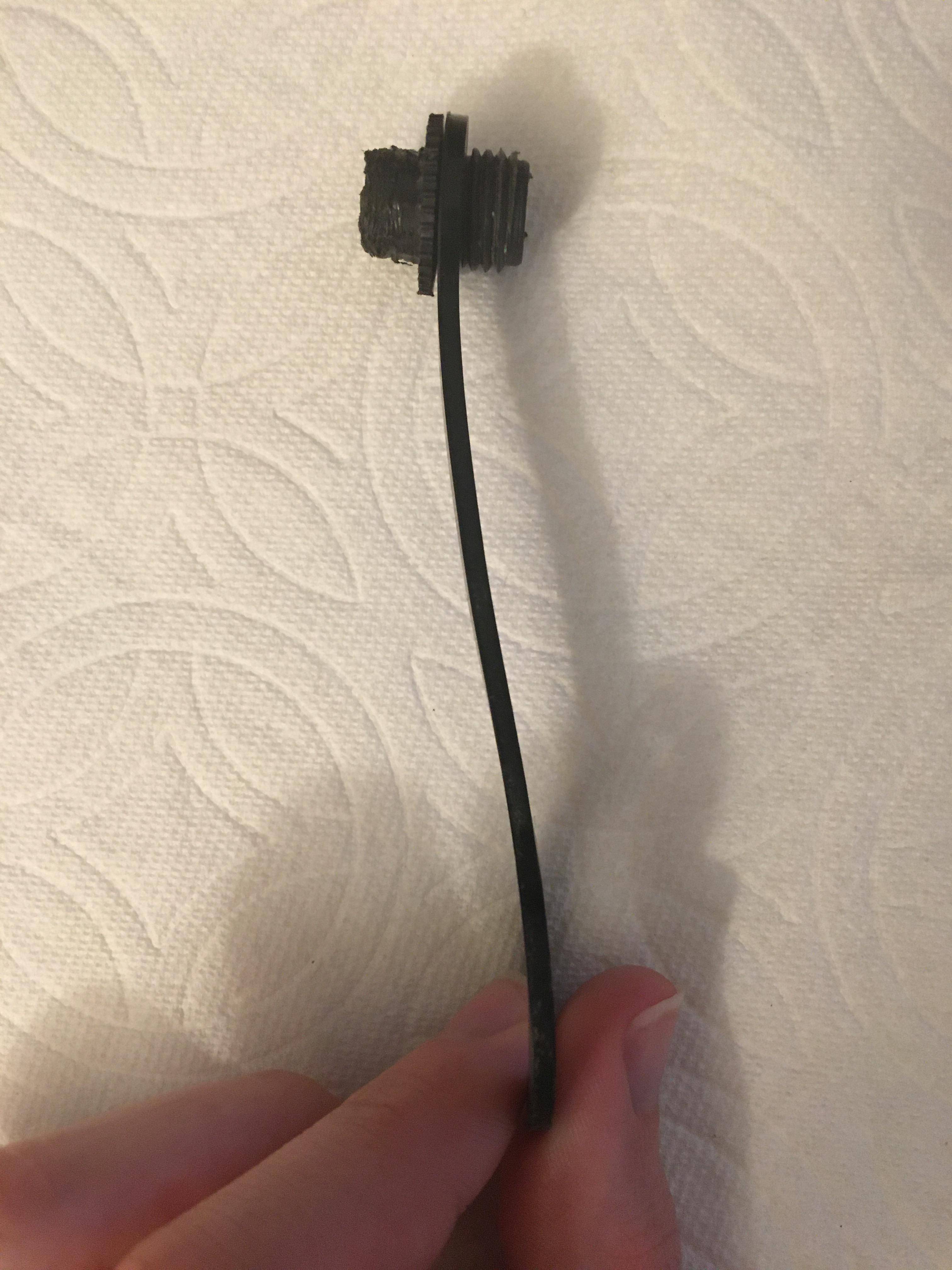 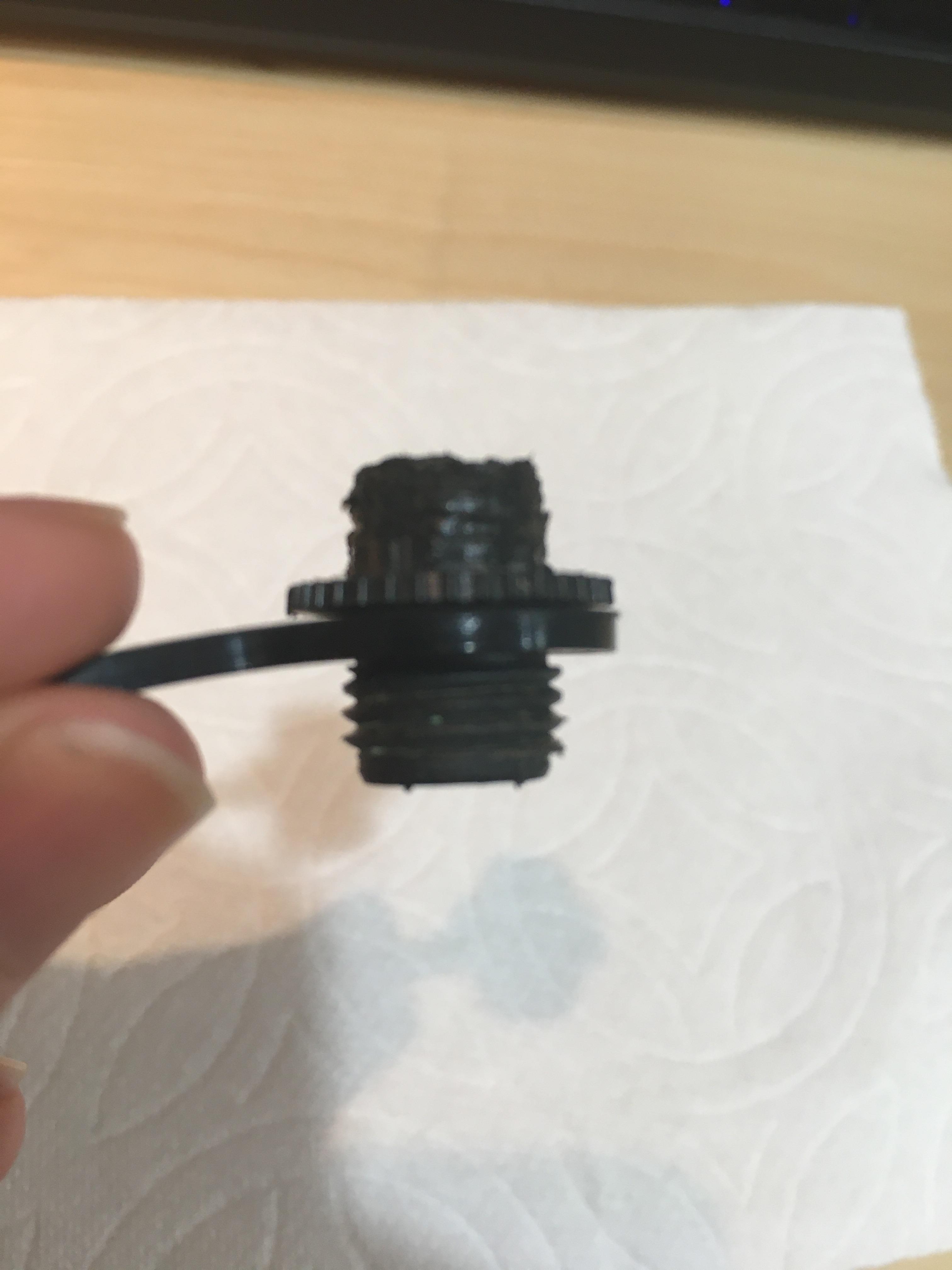 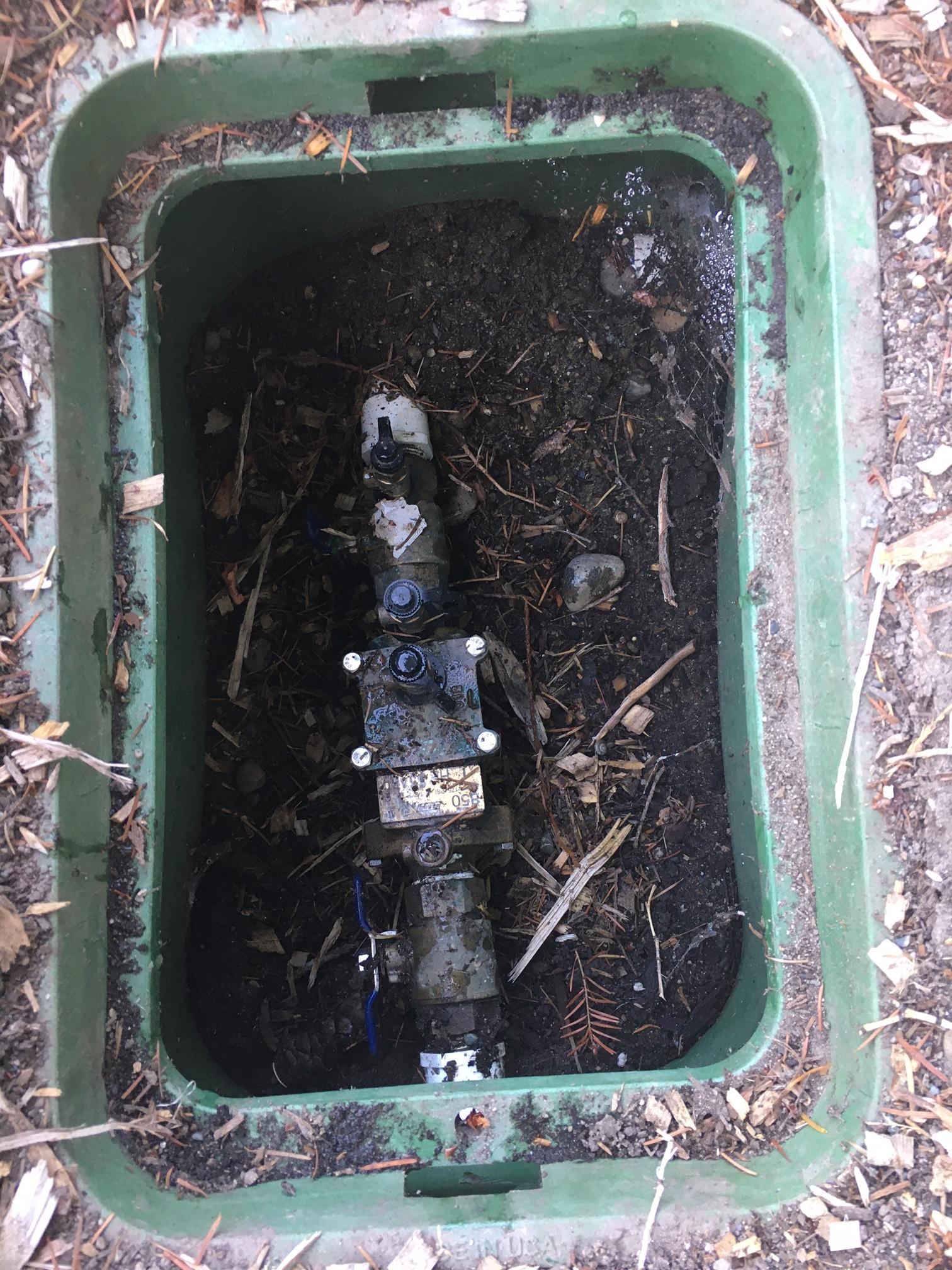 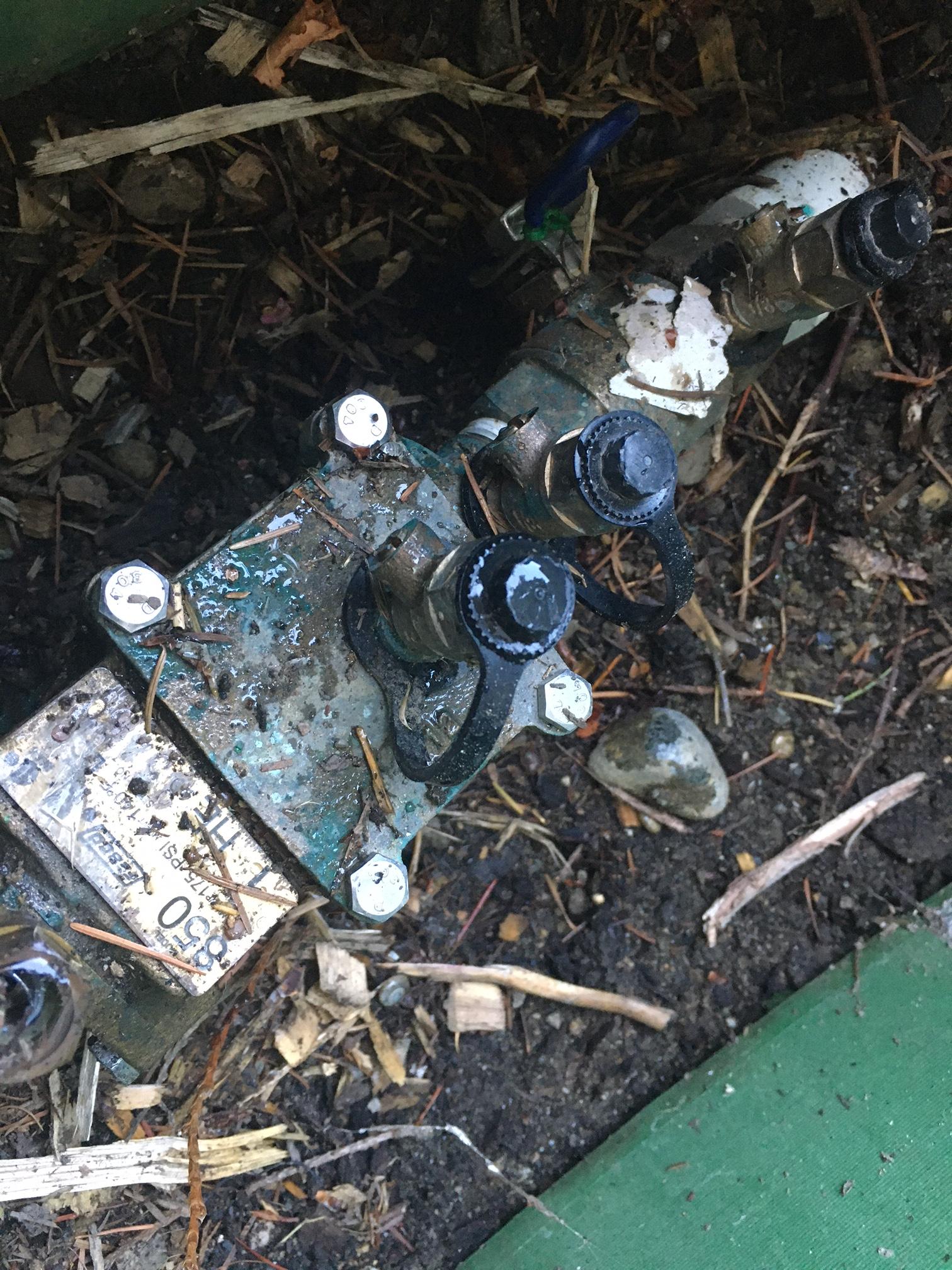 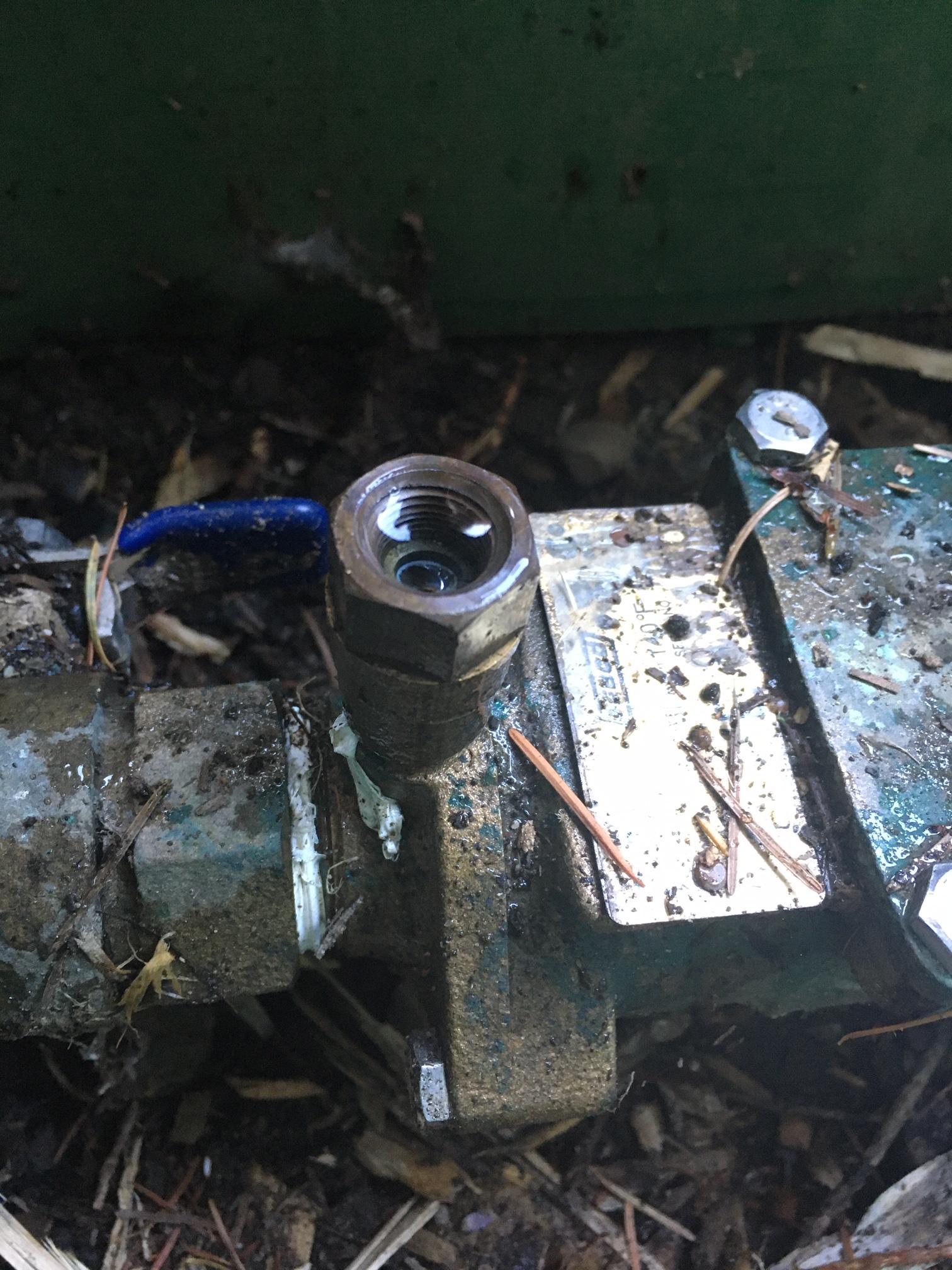 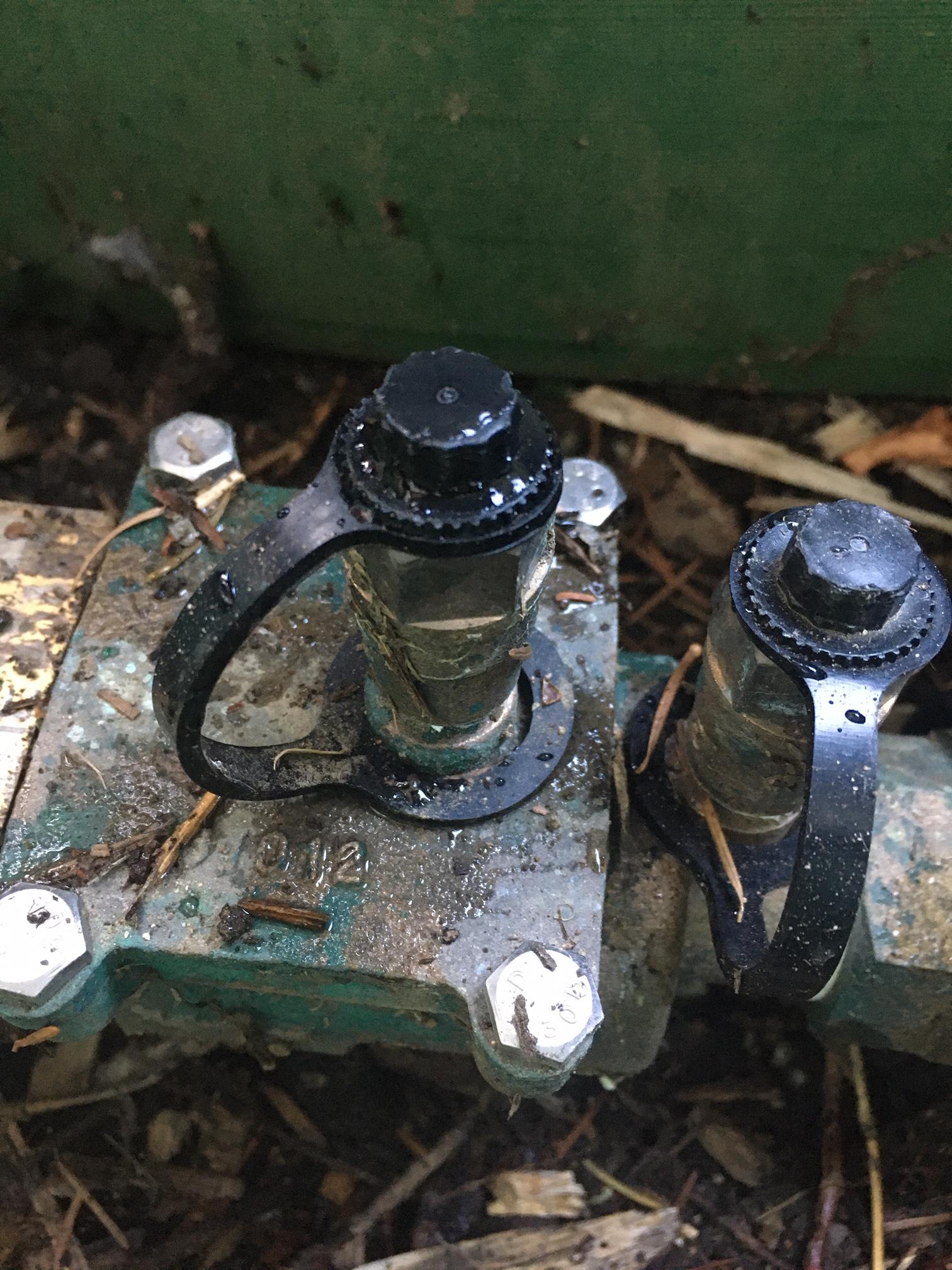 The plug itself is made of two parts. The first part is made of a soft, pliable rubber with a loop at each end. The larger loop is designed to stretch around a pipe and keep the whole thing from dropping to the ground when it's unscrewed. The smaller loop effectively functions like an o-ring. The second part is a hard plastic thumb screw. This screws into a pipe in order to press the o-ring flush with the opening. The top side is chewed up from when I tried to tighten it using a pair of pliers.

I tried to screw it back on, but when I opened the valve again, it must not have been making a good seal with the pipe because small jets of pressurized water were shooting out from under it. I spent a while mucking around with it, tightening it to varying degrees, but it always leaks.

What is this thing called? I've had no luck googling for variations of "seal", "cap", "bleed screw", etc...

Or take it to your local hardware store or garden center.

It's hard to tell what that chewed up part once was, but the above should be a good start for your search. Good luck!

Try searching "drain plug for pump". a number of them show up but the details are lacking. If there's a pool supply store around you, try going there. If not, you might be able to configure something at your home store.

Not the answer you're looking for? Browse other questions tagged plumbing sprinkler-system or ask your own question.

0
Where should this seal ring from a syphon go?
5
What is this pipe called, and how does it work?
2
Water leaking from sprinkler system (by house) after opening up this spring
0
Is there an option to replace the vacuum seal in the main valve of a sprinkler system?
2
Brass fitting seized on a nickel-coated pipe
0
Sprinkler: Water leaking from the black box with the screws