How can I find the most upstream receptacle in a circuit to install a GFCI?

I have an old house (1870) that originally had knob and tube, and has subsequently been upgraded to modern service, except in certain areas there is no ground. I am trying to protect some of the circuits with GFCI but am having a problem finding the receptacle nearest the breaker. The diagram shows the situation.

I'm currently working on one 15 amp circuit. When I removed all the outlets at the same time to try and find the supply wire I found several that were hot (marked with red Xs). The panel with the breaker for this circuit is in a small closet. The circuit powers 2 floors: a light in that closet, two ceiling fans w lights, plugs on first floor, overhead lights on second floor, one of which is switched from 2 locations (blue) and all the plugs on second floor (in series marked by dotted circles to show which ones are wired together).

What is going on and where should I place the GFCI? Thanks! 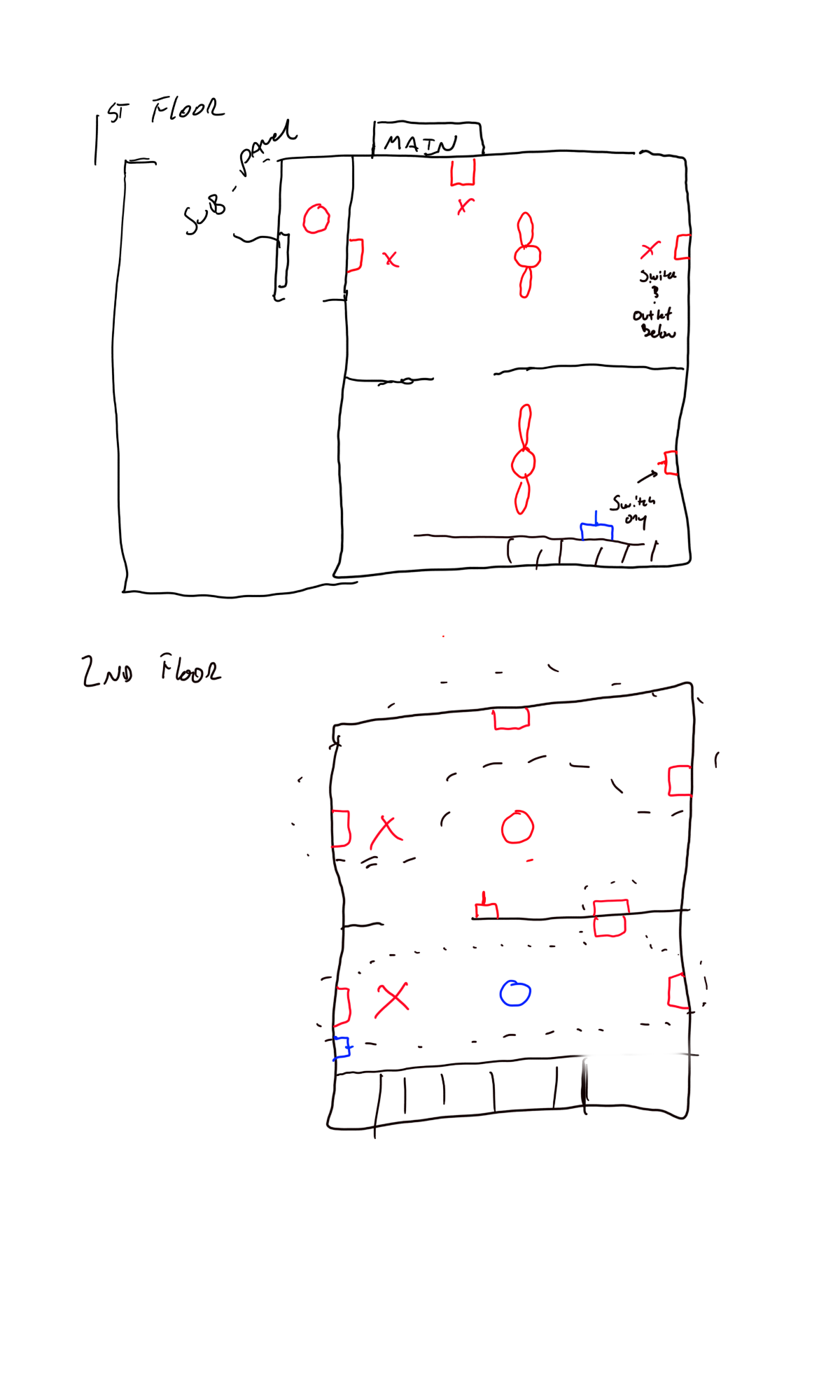 Wiring is, conceptually, a tree topology - i.e., a circuit can split at multiple locations. However, from a practical standpoint it often looks like a single string with receptacles or lights at various points along that string. Each of those points is, technically, a branch - power comes in from one place and goes out to both a device (receptacle or light) and on to another location. If that branch is done using wire nuts then it is quite obvious. But to keep things simple (except for the homeowner trying to figure it all out years later...), the branch will be done using multiple connections on a receptacle - top/bottom on a regular receptacle, line/load on a GFCI. On to figuring this out...

With some rare exceptions (essentially wire repairs with approved splices), all connections must be accessible. Any place on this circuit may include a relevant branch. That includes:

In each location you find, take pictures, mark the wires if there are multiple sets of connections, disconnect the wires, and then see whether that affected any of the receptacles on the circuit.

When you have checked out everything, you (a) should have your answer of the location(s) to install GFCI (it could be more than one - e.g., if you have hot coming in to light fixture box and going out to a switch and to 2 strings of receptacles, because you can't a GFCI in the ceiling) and (b) a map of the circuit for future use. But consider one other possibility: If your subpanel is reasonably modern and has space then you can put in a GFCI breaker and protect the entire circuit.

If you removed all receptacles and you have hots in multiple receptacles, it means that those receptacles are fed from a common point earlier in the branch. These are individual sub-branches of the circuit, starting at a common location.

Your goal is to find the branch-out point that is closest to the panel and that eventually feeds all receptacles. It might not be at a receptacle, but could be behind a junction box for any outlet, like a light or fan or switch.

You don't need to go as far as to map out all the outlets throughout the entire circuit, just make sure you can follow the wiring for all the receptacles ("plugs"). But it's possible you have to check more than just receptacles alone before you have a map leading each receptacle back to the panel.

Those receptacles in your drawing are not chained to each other, but rather they are "star rays" or "tree branches" coming off a common box that you have drawn but maybe not opened yet.

My first suspect would be the junction box behind the light in the closet. You can verify this by opening the box, and if this is indeed your common source, you'd find one live arriving from the panel, a connection for the light, and two or more lives (and their neutrals) departing for the two receptacles in the living room wall nearby and possibly other locations. Of course, this is just a possible example, but I hope you get the idea.

You'll need to map out the wiring in a new picture. Once we find the boxes in which the branch splits (and there can be multiple such splits) we can come up with a plan for inserting GFCIs.

Here's an example of such a map. Hand drawings are fine, like the one you already posted.

Sometimes you won't know where a wire is headed, and you can sketch-in alternative possibilities.

Also, a branch could be wired to an upstairs outlet first before heading to more downstairs outlets. 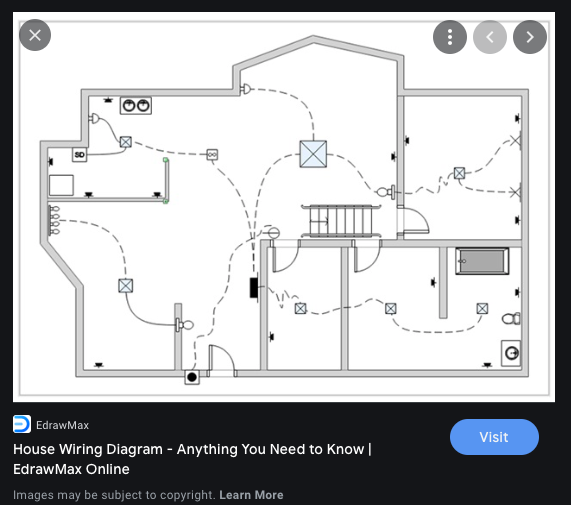 If the goal is only just to add GFCI protection you could step back and say "tracing this circuit got hard. I'll do this another way."

Not the answer you're looking for? Browse other questions tagged gfci old-house or ask your own question.

9
Should I use a GFCI or AFCI circuit breaker with knob and tube wiring?
2
How to Stop GFCI tripping when current drops too quickly?
1
My washer keeps tripping my gfci
2
AFCI Breaker Randomly Tripping - No New Devices
1
110v outlet on 220v circuit with 220 GFCI to boat dock
2
Are my GFCI outlets tripping each other?
0
Why install a hidden GFCI outlet controlling sink outlets, ceiling lights, vent fan, and floor heater?
2
GFCI breaker is tripping when it rains on completely internal circuit
4
Two GFCI outlets on the same circuit, just for code?
6
15 amp GFCI breaker in multiple rooms