Joist pulling away from center beam

I have 2x8x13 joists that sit on top of a 2x4 ledger that is nailed to a 6x8 beam. The ledger is sagging off the beam, pulling away 3/4 inch at the top àand sagging 3/4 inch below the beam. The joist are sagging with the ledger. 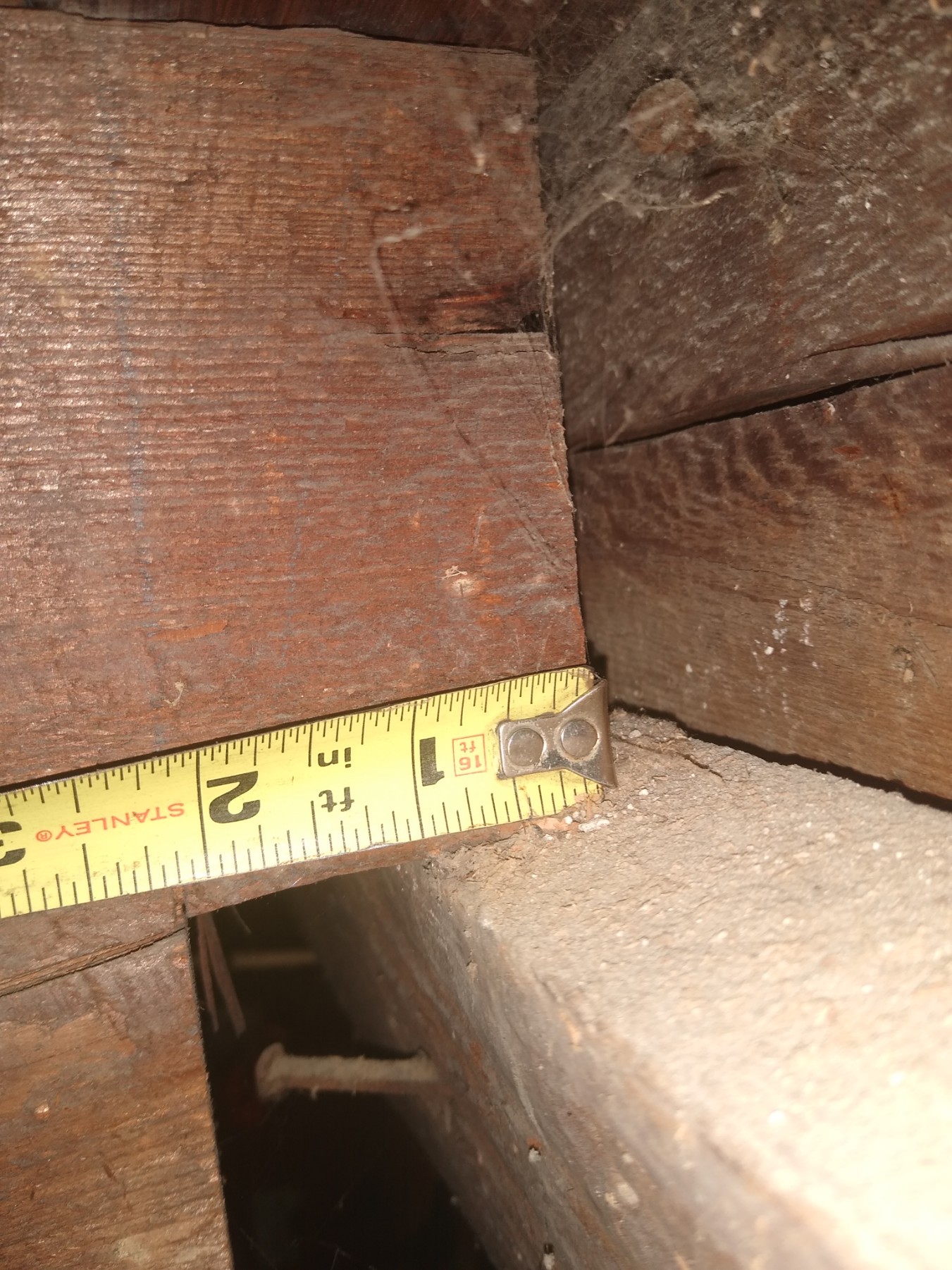 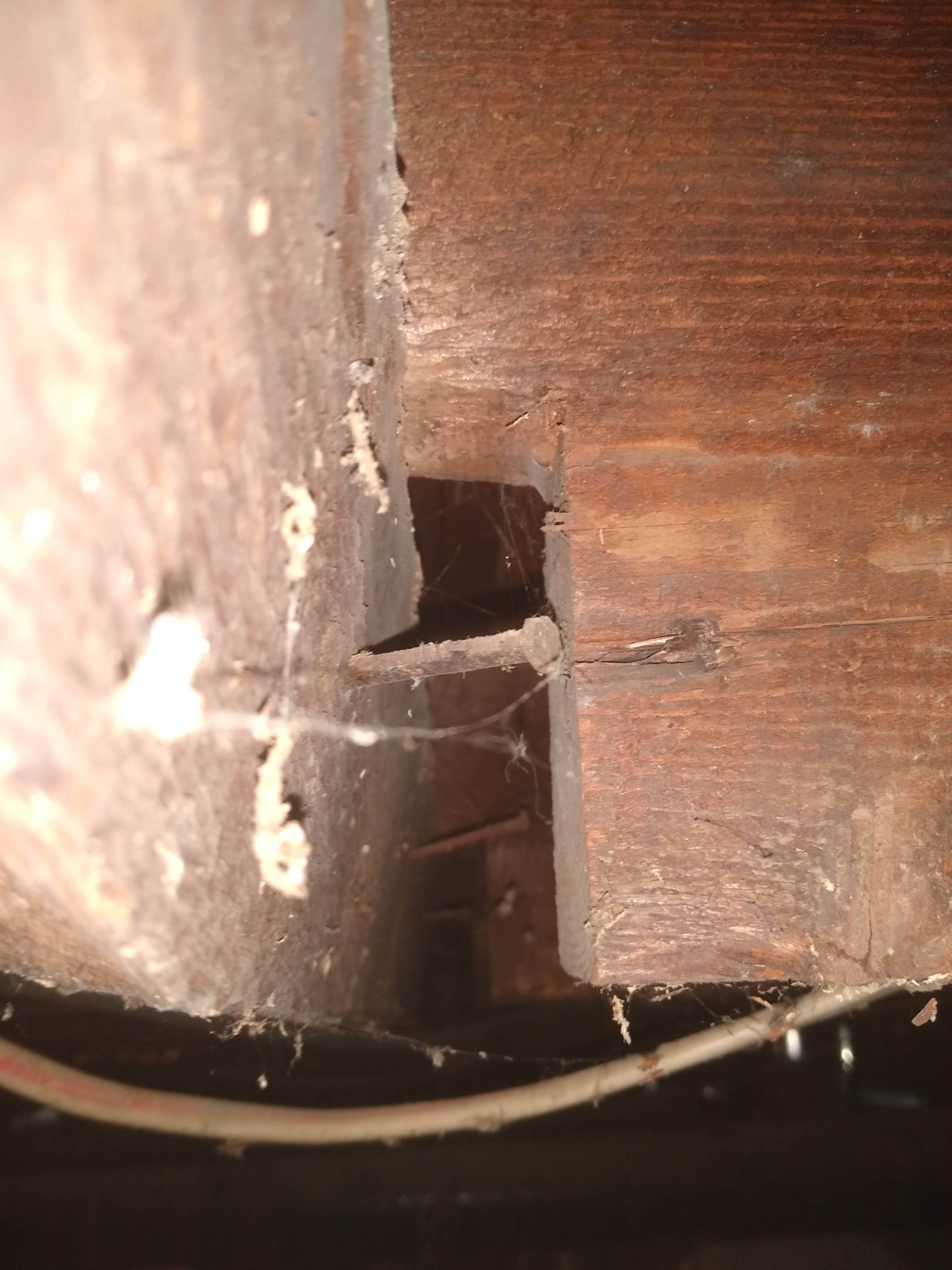 Proposed solution: I want to cut the end of the joists 3 inches from the beam. Remove the sagging 2x4 ledger board. Install a double 2x8 ledger board through bolted to the 6x8 beam, using 1/2 hex bolts. Jack the joists back level to the beam and ledger and attach with joist hangers.

Questions: Will this work? Do I need to worry about splitting the beam by using through bolts?

It's not uncommon to create a ledger by laminating dimensional lumber, as you seem to propose. You'll see this for instance with deck building.

When using a through-bolt (through the 6in width of the beam, nutted on the far side) you have to pre-drill to the diameter of the thread, and so there will be no splitting. Make sure you use washers on both ends of the bolt.

Since the joists will no longer be seated you have to use hangers, as you correctly propose already.

Is this beam and are these joists floor or ceiling?

Whichever it sounds risky to cut them off without considering it at length. That the joists have not failed at the ends in 140 years points to leaving the ends alone. Installing a new ledger held to the beam with bolts would depend on the bolts and friction to carry the joists. Of course, maybe with modern construction adhesive. . .(edit) between the ledger and the beam the stress would be taken off the bolts.

Perhaps you could raise the joists slightly to allow room to insert hangers. According to you the load is carried by this 2x4 ledger which has sagged. Are the joist ends nailed to the beam at the tops?

Perhaps it would be sufficient to use a pair of angle brackets on each joist, one on each side. But maybe it would be better to figure out a way to insert a hanger around each joist.

Not the answer you're looking for? Browse other questions tagged flooring joists beam or ask your own question.

1
Misaligned floor joist hangers
4
How should I repair a cracked trough roof beam?
1
Should I reinforce these joists at the central beam? If so, how?
16
Contractor cut joist hangers to make them fit
4
Mounting a ceiling fan with 28” joist spacing and no attic access
1
1/4" joist difference