I have a box in my bathroom with two regular on/off switches one controlled the main light and the other controlled the fan. Next to that, I have a dimmer switch to control the recessed lights in the ceiling. AFter some trial and error, I got it to where the one switch turns on the main light but the bottom switch for the fan only works if the light is on. previously, they worked independently. also, the main light has to be switched for the dimmer switch to turn on the recessed lights. Again, previously, were independent. Why is it that I have the main light switch on for the other two things to work? I also noticed that there are 4 sets of wires coming in behind the box per the attached photo. But the white wires are wire nutted together as if to be capped off and are not connected to anything. I believe this is correct since the black/hot wires would just connect to the two brass screws on each switch, one from the power source and one to the light or fan. Decided I should replace the double switch b/c the ground connection was not even there since it looks like it broke off. I just don't know why it now requires the main light switch to be on for the other two to work. 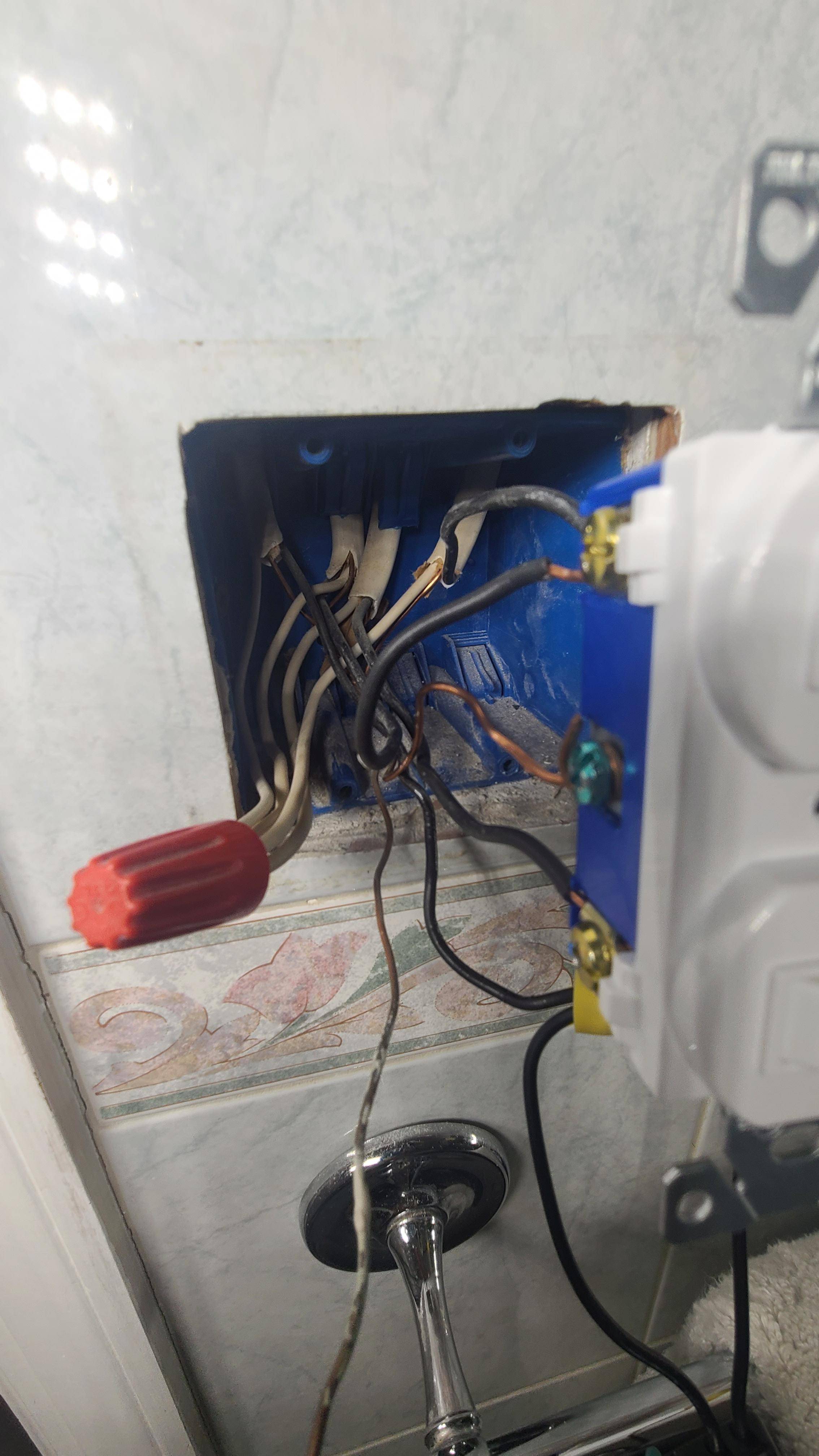 Nevermind, I finally figured it out. No clue how it ever worked before based on how it was connected. Here is what I did:

works perfectly and it's grounded which it was not previously for some reason. By running the main line and splitting it off 3 ways it allowed me to connect each thing separately to each switch thus preventing the issue I had with the main light having to be turned on to get the fan on etc. See my other post as I'm still struggling with getting my Son's switch to work in his room.