I had this bathroom redone in 2015 and the shower does not get used much at all since it is a guest bathroom. The problem I am having is that the wall on the outside of the shower is getting badly damaged because water splashing on the door sits at the bottom of the rubber seal and runs down and out into the corner when he door is opened after a shower. The door has to swing out because the shower is small.

I am realizing now that it should probably have been tiled on the outside when it was done, with the step protruding a little further out and tile on the face going under the step. What you see in the photos is the damage being done from a few angles, and I have knocked out a piece with a screwdriver to make sure the rubber shower pan is wrapping the step.

I'm trying to come up with some way to fix this problem by whatever means necessary, if that means removing portions of existing tile or wallboard. I'm there may be a creative solution to fix his problem. Thank you. 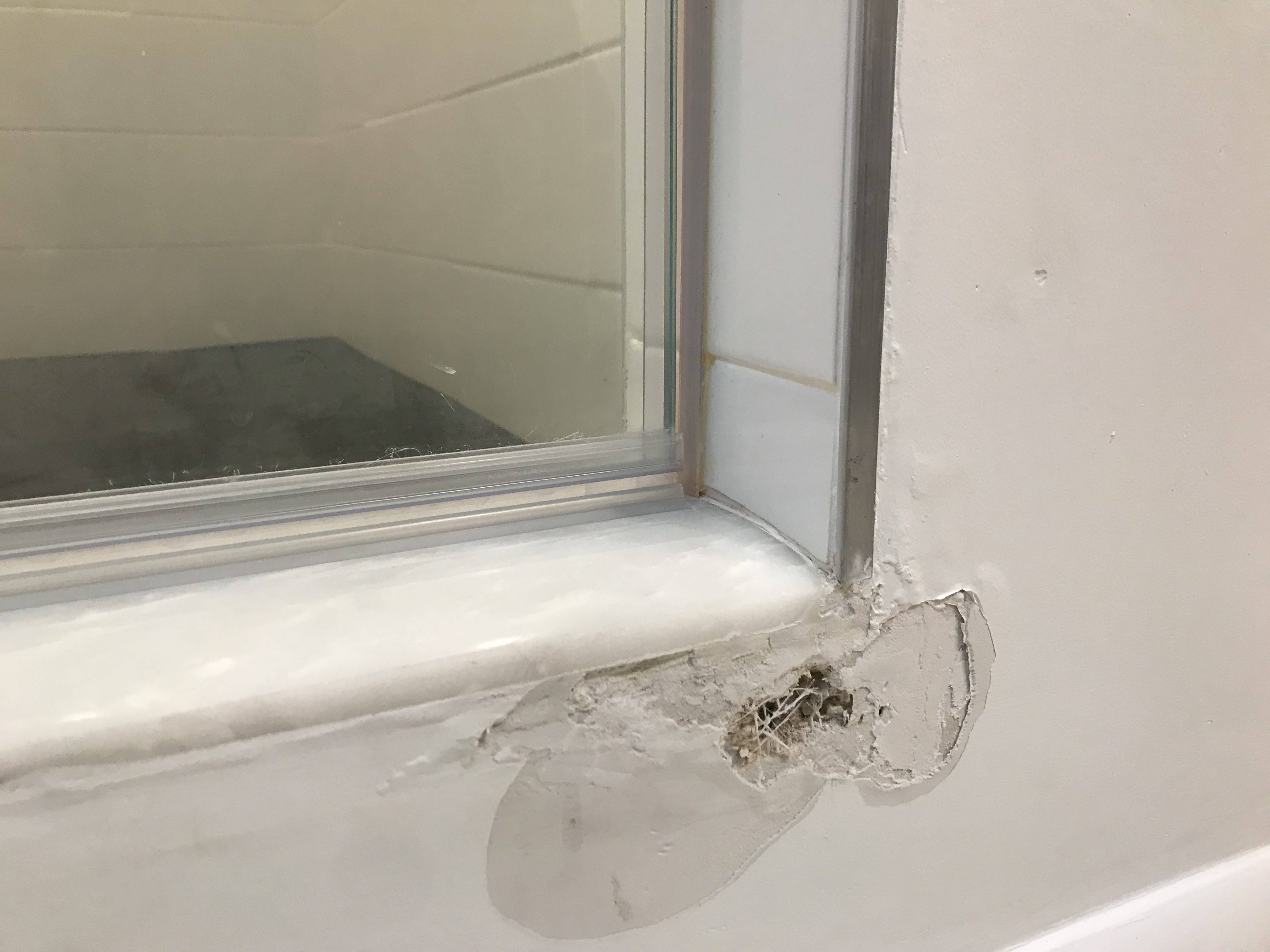 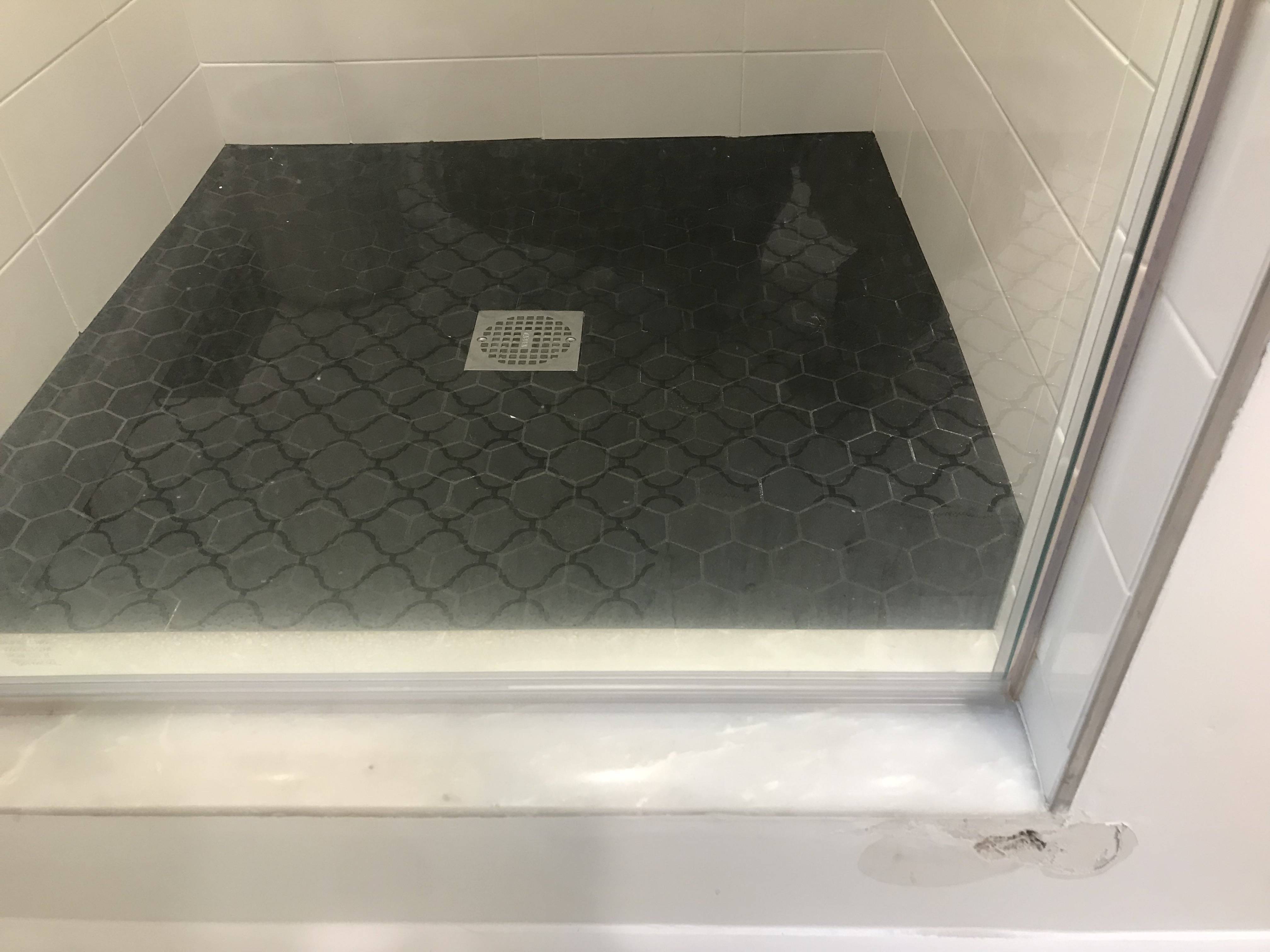 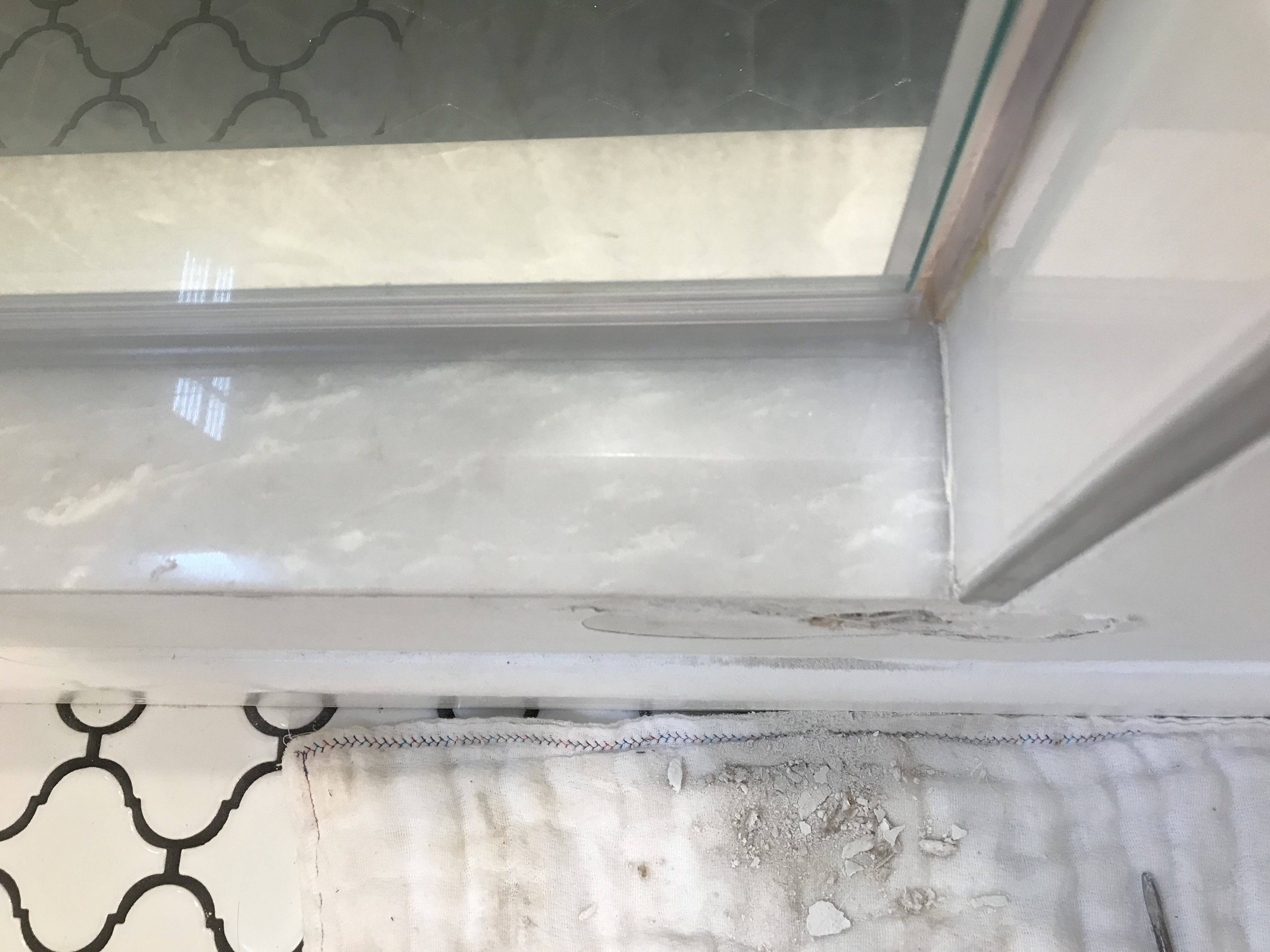 0
White thinset on a light marble tile - tile turned dark - will it lighten?
1
How to finish tiling an outside edge for a shower?
3
What can I do about water leaking behind the shower tray?
2
How do I fix squishy tiles in shower floor?
2
Granite and water damage
0
Squeaking Shower Pan
0
Sink Hot Water Spigot Controls Shower Temperature
1
Coordinating a bathroom/bedroom update project...what's the order?
0
Using 1/4” cement board for shower wall