Why do British houses have "indoors" windows in some rooms? 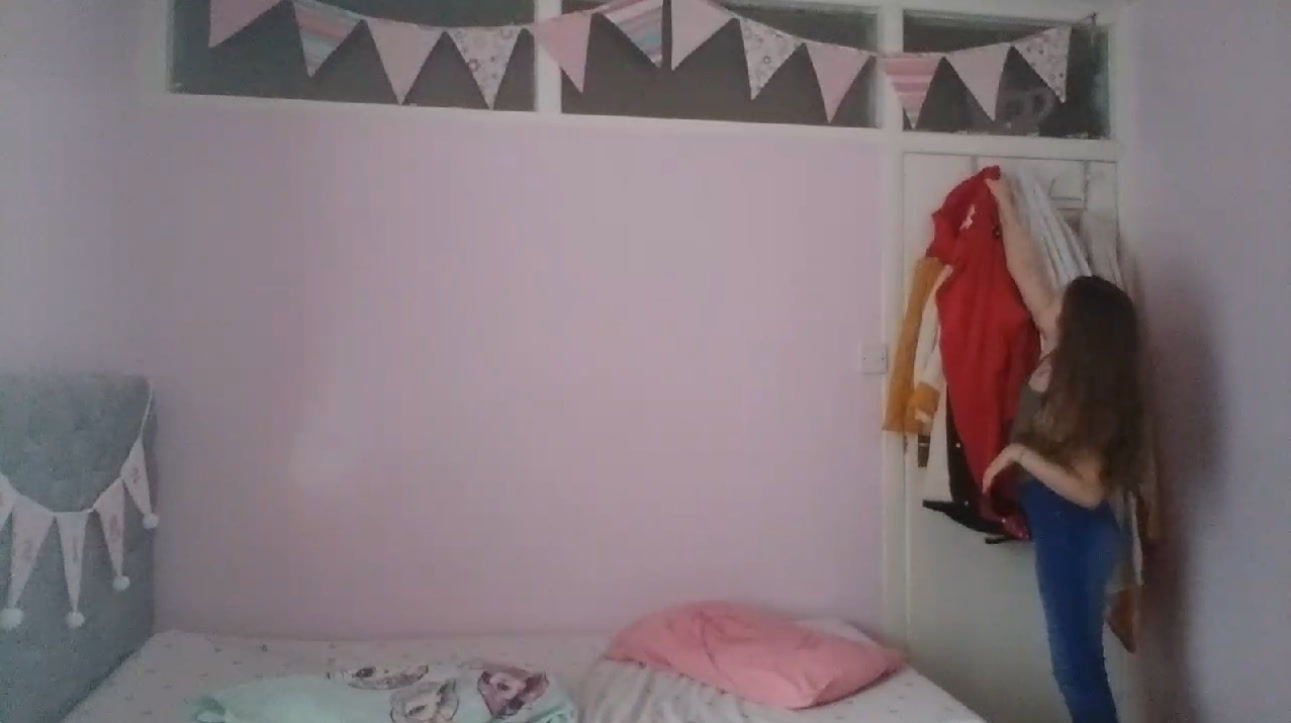 I've seen this many times. Apparently, it's a thing that in the UK, they have rooms with windows that lead to other indoors areas, located high near the ceiling.

What is the purpose and history of this practice? What is the point to have windows that don't lead outside? At best, you'll get some light from other rooms, but also risk people spying on you by standing on chairs or something outside your room. It looks really odd to me.

The purpose is to allow natural light into the room.

Generally these room-to-room windows are used for rooms which have no external wall, and so cannot have a “normal” (outside) window.

The risk of someone “spying” on you through a window is true for all windows. Although hopefully you trust the people who live in your house more than the general population, so the risk should be lower for internal windows. You can (of course), use curtains and blinds for these windows as well, to give you more privacy when needed.

I’d suggest this is more likely in the UK due to the large amount of terraced houses (known in the US as row houses or townhouses) that exist in the UK. When extending a terraced house you either build up into the loft, or out into the (generally rear) garden. Building into the garden gives you a long/deep house, which can result in internal rooms in the middle of the plan. Adding internal windows is a way to bring natural light to these internal rooms.

In my last house, (in U.K.), I took out a stramit block wall from a bedroom, and replaced it with thermalite blocks. Since the bedroom was dark-ish, I built a narrow double-glazed strip (something like 18" x 6') into the top of the wall. It could have been frosted glass - but even my bathroom windows were clear. That was into a corridor where there was another window opposite. Yes, very tall people could look in, or use steps, a ladder - but who'd bother? More important, extra light filled the room. And natural light was free!

To add to @matt's answer, it is specifically for extra natural light in otherwise dark corridors.

In a small British terraced house, there is generally a corridor between rooms on the first floor to allow access to bedrooms, bathrooms etc, without having to do through another room.

This is common in Victorian (1800s) and Edwardian (early 1900s) terraced houses, and later houses, even up to the 1970s. When these houses were built, they were mostly lit by candle light, house gas, or much later, electricity.

Each of these ways of lighting the rooms were/are expensive for the occupants who probably didn't own the houses and worked poorly paid jobs.

Internal windows provided a way to allow light into these dark rooms, without extra, ongoing, costs.

As for the spying - these are normally within houses built as the home of a family, so it's not a major issue - annoying siblings rather than anything nefarious.

When these houses are rented out by the room (e.g. as student housing) the glass can be painted or the occupants can cover the windows with something, even newspaper, on the room side. Normal household paint sticks fairly well to glass if it's out of the way of knocks and abrasions.

Of course, the theoretical point is letting daylight reach spaces (where one desires it) that it might not otherwise reach.

A similar thing occurs with basements, before modern codes, here and there, began requiring windows large enough for escape.

But there are other reasons too. For example, "this is what I grew up with and it doesn't seem 'right' to me unless my new house is like this too" should NEVER be underestimated, long after any practical reason is gone. In keeping with that, though I do not know the relevant facts for comparison, it is entirely possible that at some times in the last, say 100 or so years, the cost of a wall's materials might've exceeded the cost of placing an internal window. High on a wall, inside... not nearly as strong or insulating... cost could be quite a lot lower, perhaps.

Breaking away from that, I have seen plenty of homes that had additions before that was a huge industry in which a wall was "worked with" and windows were left in place (or doorways were oddly place to minimize cost and make the window go away). Apartments too. Nowadays we often have openings in walls between rooms, like, say, over the kitchen sink looking out into a family room/living room space so the cook (mom) can not only enjoy the TV while working, but also participate in the family's day/evening instead of being isolated to the kitchen. Been around long enough, the practical value probably isn't as important as the aesthetic value now. ("This is what I grew up with and...)

Of course, light from outside comes from above so internal windows spreading light would seem to have a need to be LOWER on a wall than in the question's pic. So the use as a transom (not the pic's windows, obviously, but see above about styles) comes back into interest. Transoms haven't been desirable since controlled air became "a thing" and consequently ceiling heights dropped (where they were higher, which would NOT, of course, have been every home or building... wealth helps in everything). But styles carry on, and also, windows could get replaced over time, and updated. Use as a transom doesn't mean the same window space 63 years later will be replaced with a transom.

Transoms were meant for distributing heat-laden air. The old "hot air rises" thing. (Not that it really does, more than some amount due to its more frenetic molecules: it's mainly that cold air is heavier and displaces it leaving "up" the only place to push it to.) That's why they were high, and since doorways were the usual break in a wall, that was a perfect place to put them. But there's no reason they can't just be placed in a wall, though I am too young to have personally encountered such a thing if it was ever done.

It would be, conceptually, a poor man's "duct" system facilitating air movement.

That whole concept for moving air in a building is why the ceiling fans in old movies were very slow in turning. Modern ones are meant to directly affect YOU while the old ones were just meant to add to the natural "hot air rises" circulation.

As to "why" with the light, one needn't go back centuries to strange old taxes (they always make some interesting sense and usually had a purpose outside of making money and I wonder what that one's sense or purpose was). Electric light was not incredibly extensive in any country by the mid-1900's. Definitely widespread, yes, but not whole room lighting to any decent level, more what we'd call spot or area lamps, and when it was meant to be room-wide, it literally didn't usually have a patch on what a modern area lamp might add to the whole room today.

And electricity was a lot more expensive in those days too. Usually. So any free help from Mother Nature might've been regarded as truly valuable. Today? Eh, sure, but not so much as then.

Remember also, to particularize Britain, that Britain was brutalized in WWII. Outside Europe and modern African villages in places like Rwanda, no one really has any true idea of what it was like. After the war (so reaching past the "mid-1900's" I mention above, the government was all kinds of helpful (I mean it, that's not meant sarcastically) in coming up with ideas to help rebuilding efforts in a situation in which materials simply didn't exist (if I knew anything about Strammin, I'd suggest that could have been developed from those efforts). The idea, new-ish, or centuries old and dusted off, of interior windows to aid rebuilding efforts by taking pressure off supplies of wall materials could have been such an effort.

Also, wallboard was a not-extensively-used thing just then. My house was built (US, not UK) in the 50's and has wallboard, but it's little pieces, not sheets. Made as sheets, not cut up pieces, just little. And ceilings, though sadly not walls, are veneered with plaster. Wall building in post-war Britain likely was still rather labor intensive so materials aside even, anything speeding it up would likely have saved plenty. Many men died in that war and, though not like post-WWI, that would have meant labor shortages, placing price pressure on manual labor. Slapping in windows, thought of because, perhaps, of their earlier presence in the transom use, so familiar and expected, could have saved on both materials and labor, enough to encourage the practice.

And anyway, most things in life that aren't small, personal, and transient due to that, come about for several to many reasons, not just one. It's just that the salesman sees what might work and drives the single point home. Or we get one explanation and believe it forever to the exclusion of accepting multiple factors. This seems like one such thing.

I sometimes see similar interior windows in the US, too, but here they came about in a different way. This type of window is usually an artifact of a room addition. The wall started out as an outside wall, and later, owners added a room to the house without removing the window.

In the past there was a window tax in British countries https://en.wikipedia.org/wiki/Window_tax

So probably that's the reason too.

Not the answer you're looking for? Browse other questions tagged windows uk or ask your own question.

2
Why do our windows collect condensation?
4
Building code requiring rooms to have internal windows?
0
Why do pleated blinds have to be 2 centimeters wider than the windows they are covering?
5
Why do I have Insulation in internal wall between two rooms?
2
What are the requirements for fire doors in homes?
1
Why do double hung windows have sash stops
1
Can these windows be shuttered from light in a simple and efficient way?