I am installing smart switches throughout house. Many of the existing switches are not grounded. The boxes are plastic not metal. I encountered this crimp and grounding wire. If I cut it above the crimp they are too short to even connect with push in connectors. I can cut it and extend each wire individually with its own push in connector and then use a wire nut to pigtail off of it to go to the light switch but I feel like that takes so much space in the box. Is there a better way to do this? 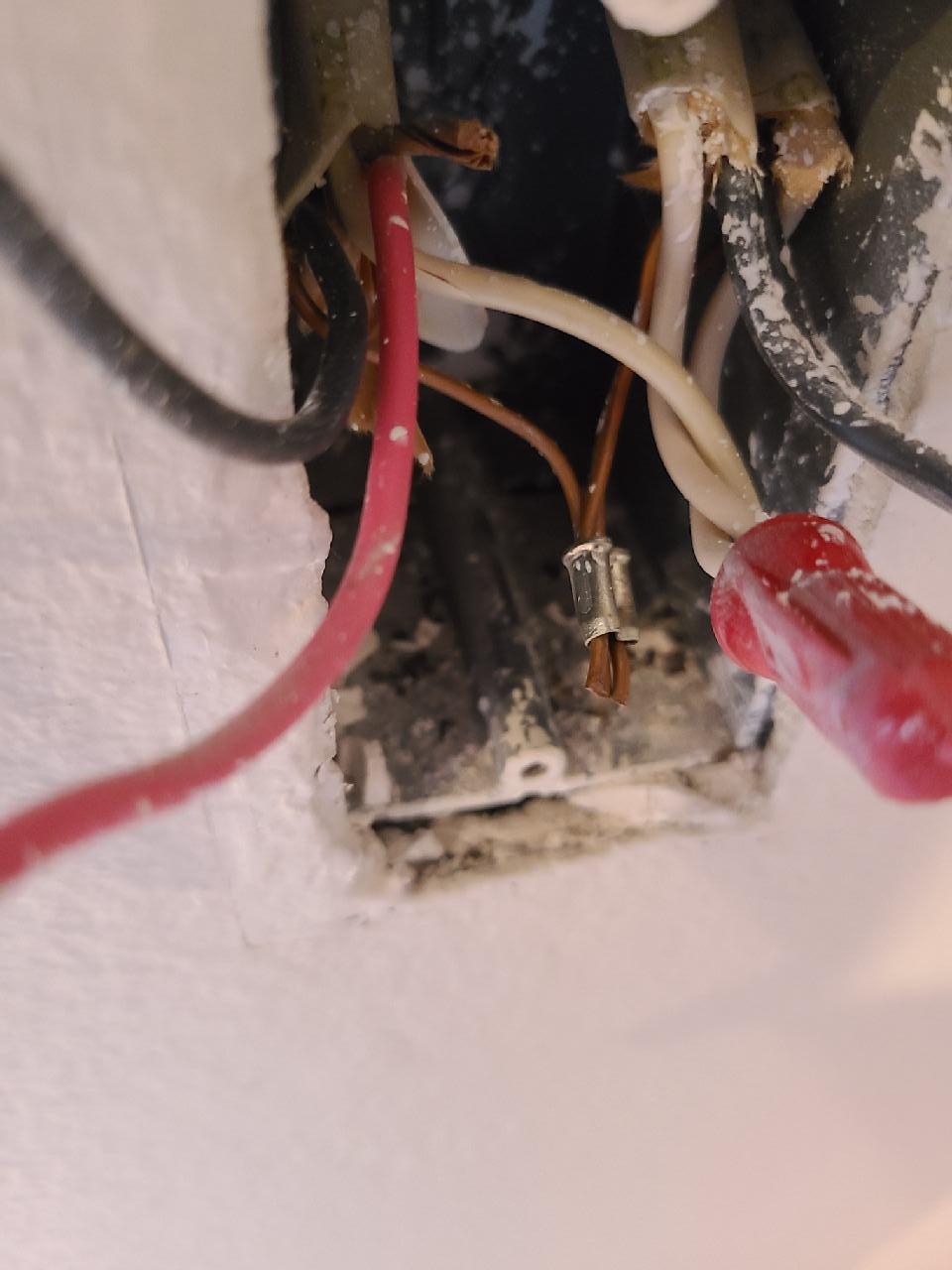 Could you possibly get in there with a small rotary abrasive disk tool (something like a Dremel tool, with Dremel 426 1-1/4" Fiberglass Reinforced Cut-off Wheels or the like) to cut off the steel crushed-can? I think that would be ideal, but finding the right tool to just zip through that might be rough.

You could also try end cutting pliers, but the jaws would have to be aligned correctly so as to cut through the crimped steel, but slide between during the cut to separate and not damage the copper underneath.

But remember, those grounds need to remain tied together or some socket won't have a ground. So you could, say, run one to plug A, and run the other to plug B, and bridge A and B so the whole chain remains connected. That's probably more hassle than my next idea.

If none of that works, personally? I'd fill the steel crimp with flux, then with solder, and I'd tin then solder on two sections of wire from there. This way you know it's going to stay connected, there's no extra wire nuts in the way, and you also further electrically secure that ground connection. Win win win. I don't personally like crimp connectors of any kind, though I realize that one is likely significantly stronger than some I've worked with.

SOLDERING LIKE THIS IS AGAINST NEC; MY MISTAKE - DON'T DO IT unless you were to nut and bolt the connections together first, as that's mechanically bonding.

1
Electrical wiring/grounding - continuity via metal junction box?
0
Ceiling light with push connector but 3 white wires in box
1
How to connect a neutral wire from a bundle connected to a push in connector
1
Ground Wires in a Multi Ganged Switch Box
0
Power wires too short, what to do?
0
How should I protect trimmed wires in a push-in connector?
0
Ufer grounding with multiple systems
0
Stranded wire gauge too small for push-in connector(USA)
0
Use grounding bar in place of wire nut
0
Why can't you use push connectors to extend a short wire when they are used like that when installing LED pot lights in parallel?