How to avoid using a multi branch circuit?

I'm running electricity to my shed by extending an outdoor GFCI receptacle. I just finished my rough-in inspection and got approval to cover. The inspector had a few comments, but spoke fast, and since I'm a beginner, I didn't fully understand what he was saying until after he left. He mentioned that I had two circuits, but that it was fine because "multi branch circuits are allowed, I would just need to share a common neutral and use a two pole breaker and a two pole switch". All of that is over my head, and more complex than I intended. I didn't realize until after he left, that I had accidentally run my wires differently than I had originally planned which resulted in two circuits instead of one.

Here are a few photos to visualize the situation. I have a conduit feeding the shed with 12/2 THHN and two NM-B wires coming out from inside the shed. 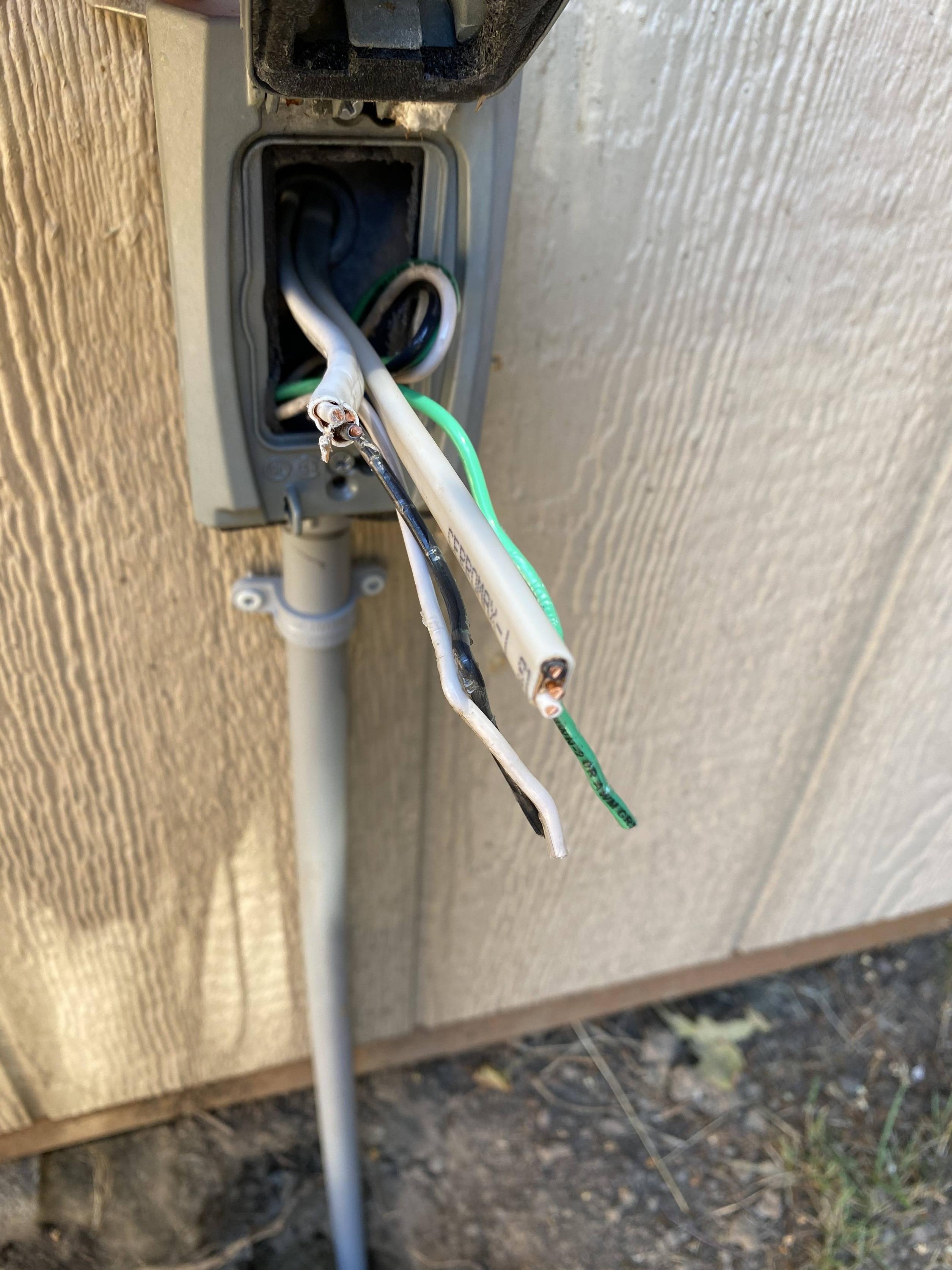 Inside the shed, one NM-B wire goes to two receptacles, and the other wire goes up through the top plate to some ceiling lights and a switch. 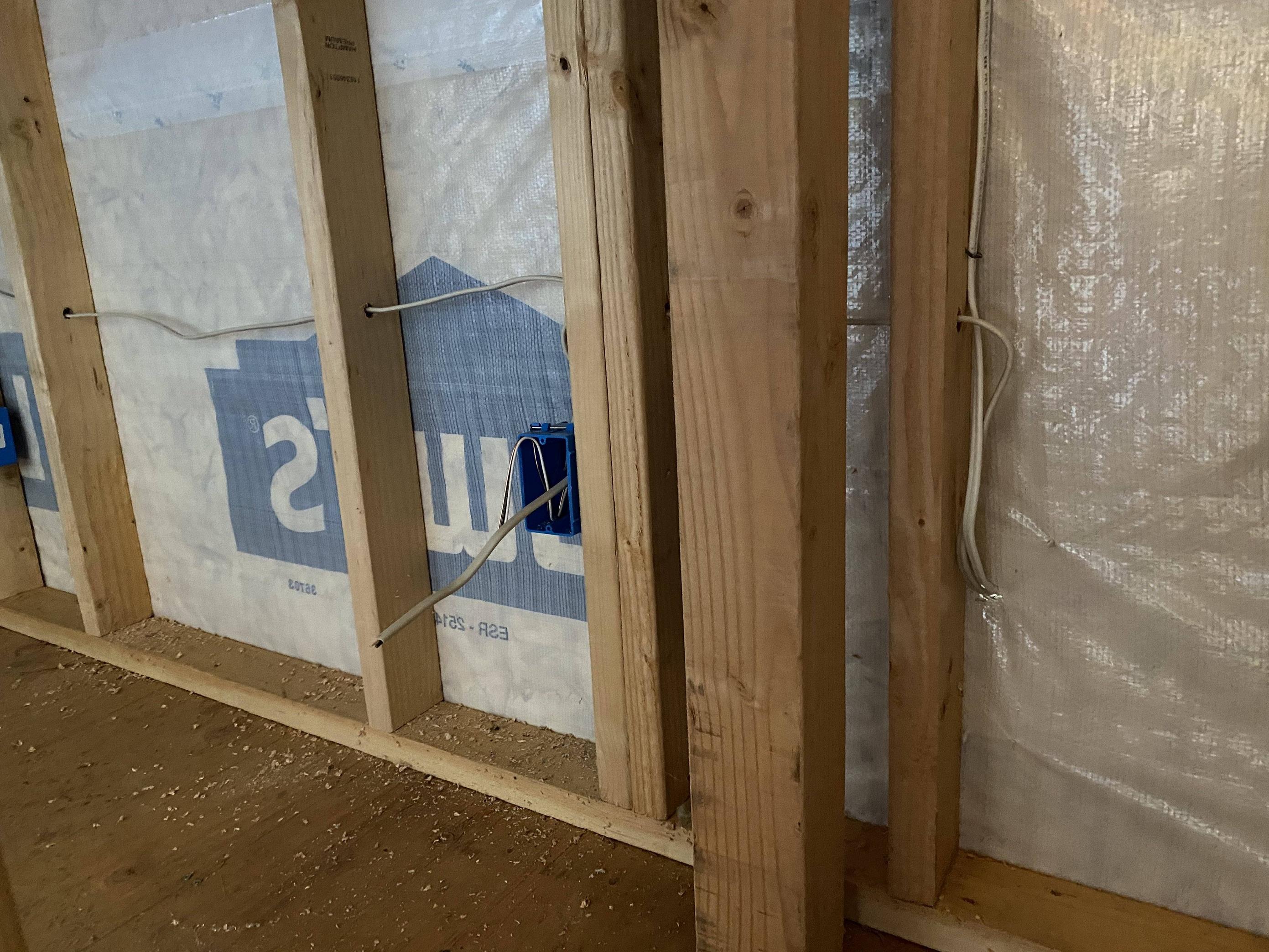 I only intended for one circuit and I think I only need one circuit. Instead of running both NM-B wires out to the box, can I simply join those two wires, and run an extra wire to the first receptacle to make it a single circuit? Or am I missing something? Like this: 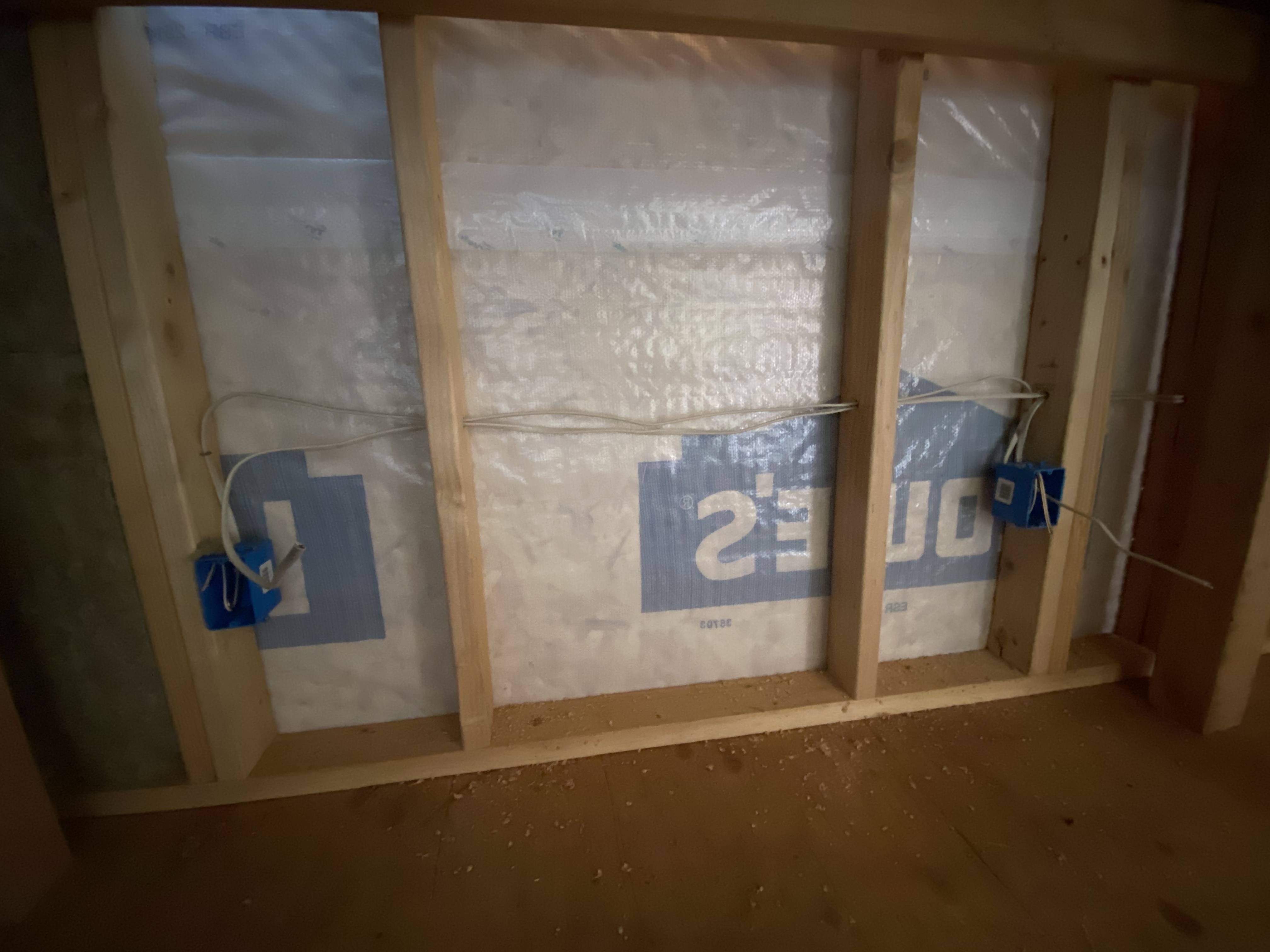 You lack adequate wires for a MWBC (multi-wire-branch circuit) but you could easily add a wire, since you are in conduit.

If you DON'T want to have a MWBC, you have all the wires you need, you just need the appropriate disconnecting means (a 20A switch) between your feed and the (single) circuit in the shed. For one more wire and the breaker/switch upgrade, you get twice the power available, but that's your call. At least you used conduit, so you can upgrade later if you find a need.

I'd personally use a subpanel for the switch function in the shed, even if only doing 120V for now (which means every other breaker space won't be hot, for a typical panel) as it would be one less thing to change out later if/when upgrading. But that's opinion and long range budgeting, not "a need" - it might save you money in the long run, it might not, if you never upgrade.