What is the proper way to attach two double-2x10 beams that butt together at a 4x4 post? Do you notch 3" of the 3.5" post and butt them together there, or does Simpson make a connector for that so you can just set it on top of the post without notching? Seems like the normal 4x4 post caps that attach to a beam are made for a solid double-2x10 beam and not where 2 beams butt together.

This is for a fairly steep lean-to sloped roof off of the back of my house for a covered porch if that matters. 30 foot width with 3 beams and 4 posts. A post on each corner with a post 1/3 of the way from each end where the beams join together.

EDIT: After checking my porch, it's actually a TRIPLE 2x10 on top of a 4x4. The beam sticks out 1/2 inch on either side of the post. I can't see because of the walls, but I assume the joints are staggered within the beam. So, I'd imagine I'd have to beef these up to a 4x6 to account for the extra beam width. So the same above question would apply to a 4x6. Pictures attached. 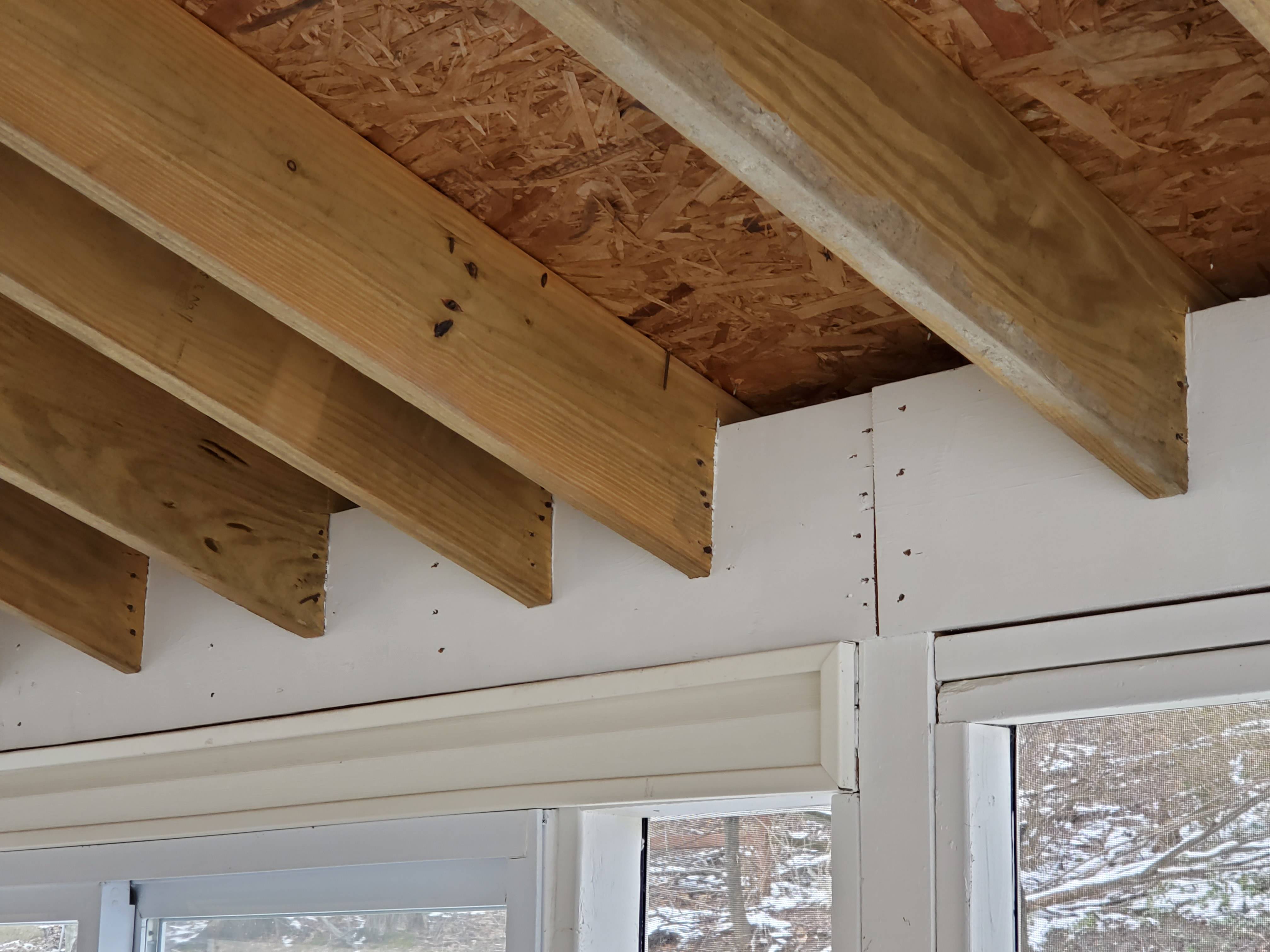 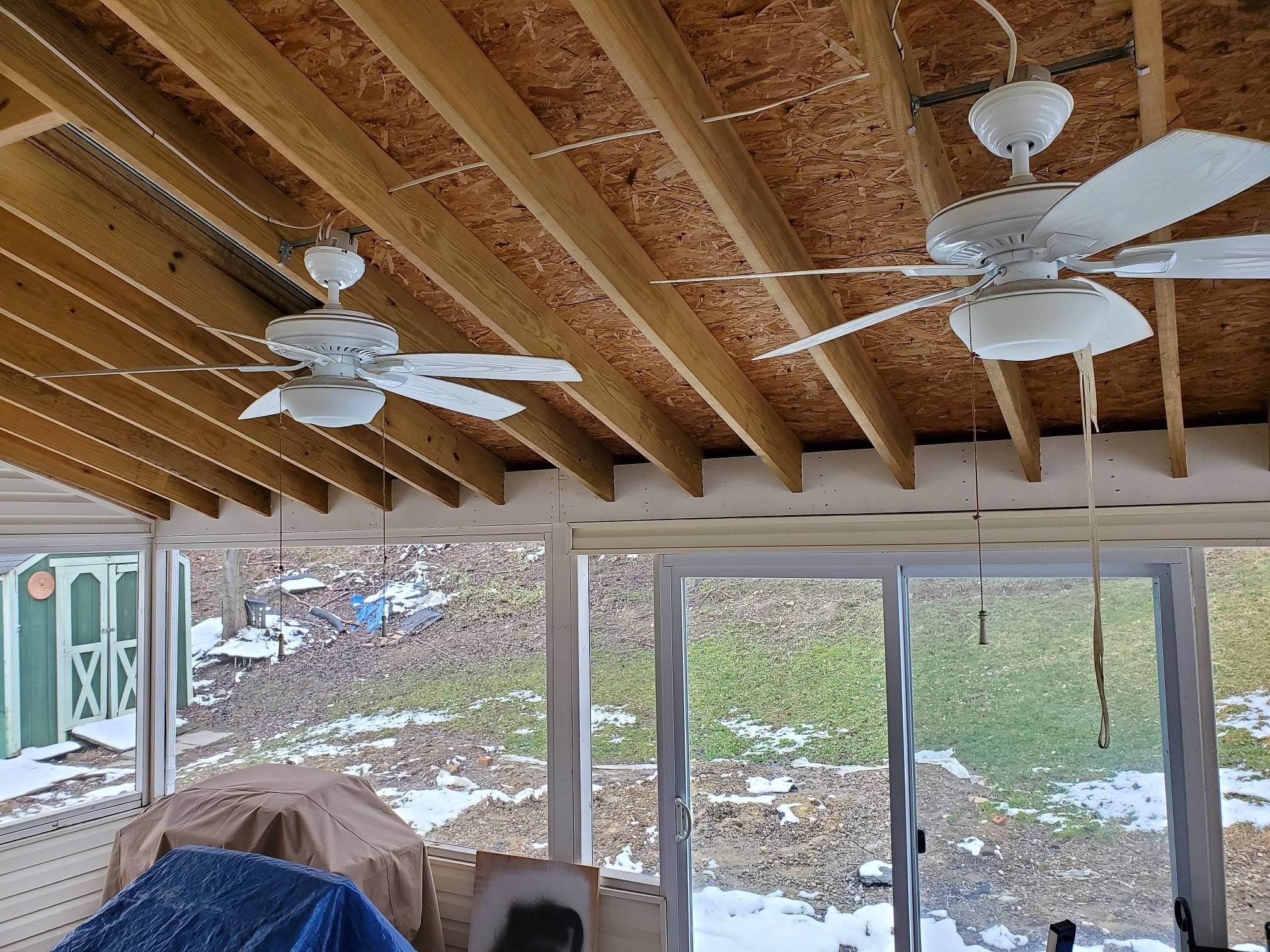 Typically in deckbuilding, the beam is sized according to the post (e.g. a double 2x10 beam with a 6x6 post). For building enclosures that support roofs or shade structures where it supports less weight than deck + people, the post width and beam width can be much closer together, like a 4x4 post and 4x6 beam.

In all these cases though, typically either the post is notched to support the beam (when the post is thicker than the beam) or the beam is supported by a "post cap" bracket which provides a secure connection between post and beam members.

The reason I talk about "typically" is because the post cap brackets are sized for each situation and it's easy to find caps for 4x4 posts carrying 4x__ beams, and 6x6 posts carrying double-2x__ beams. I wasn't able to find a post cap for your sizes, but that doesn't mean it doesn't exist. The closest I found for your situation is a single-side 4x4 post to 4x__ beam that is meant to be used in pairs to sandwich the beam on top of the post. 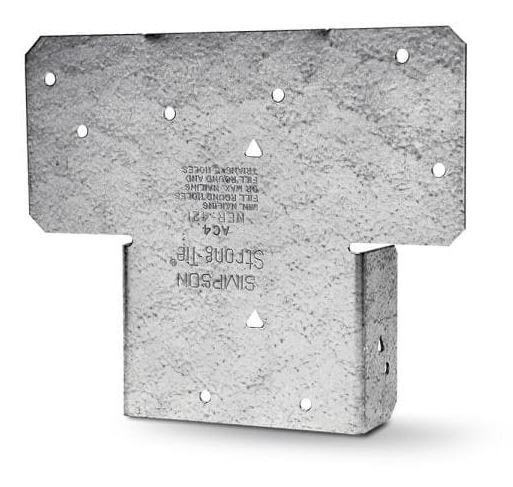 In your edit you mention maybe needing to replace the 4x4 post with a 4x6 post; that sounds like a good start so that the post is at least as thick as the beam it's supporting. You may be able to use a 4x4 or 6x6 post cap bracket that has triple-2x__ support on top, most of them only attach to two sides of the post so it depends on which sides of your posts (the face under the beam or the same face as the beam like the bracket picture above).

You are describing “column caps”. They are used to attach beams to columns (posts) and come in many sizes.

You indicated you’re looking for a triple 2x beam attached to a 4x4 or 4x6 post. See Simpson chart below for correct size:

Not the answer you're looking for? Browse other questions tagged beam post porch sunroom or ask your own question.