How would these small walls have been formed and how can I approximate it?

Recently at Universal Studios Florida, I took notice of the dividing and retaining walls around the gardens and whatnot. These can be seen below in the image in several places, especially bottom-right. I believe theme park sculptures and props are usually foam with paint, but these have guests sitting on them and whatnot, so I suspect they're concrete. But then again, they appear to be one long piece; usually concrete would have relief cuts, right?

Would these have been made of concrete? How can I emulate them? What sort of paint would be used that lasts in the Florida sun? 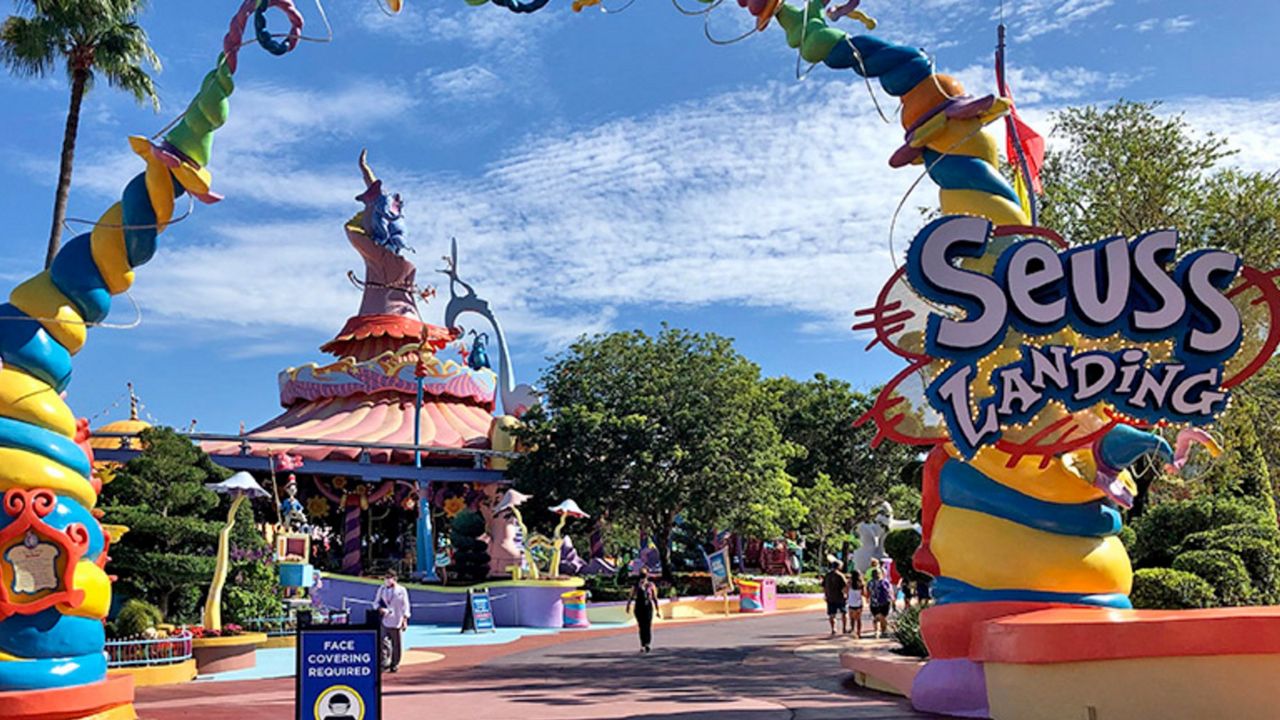 In other words, built like a surfboard. FRP = Fiber Reinforced Plastic, so fiberglass, carbon fiber etc.

They can sculpt it in a foam of their choice, then coat it with FRP: that means painting 2-part epoxy* polyester or polyurethane on it, lay down fiberglass matting, more poly/epoxy/equiv, layer on layer. Finish up with thick primer/paint or a gelcoat.

Or, they may be creating a mold and assembling in the reverse order like a production catamaran: gelcoat first (the surface of the mold defines the final surface), then the FRP, then the foam.

They don't necessarily last for years since they have staff ready to repaint anything. But if you are seeing a finish that is tougher than ANYTHING you can do with any hardware store product, then you are looking at marine grade stuff, which is all 2-part material. It's awesome, but it will also maim you if you disrespect it. That's why Home Depot won't sell it to you lol.

The "B" part is typically either BPA or some form of diisocyanate. You need a moon suit to spray the stuff. But once the epoxy-style cure happens, the nasty stuff is entirely consumed in the reaction, and is gone (provided you don't use way too much B-part).

They do let you play with 2-part epoxy garage paint, because that is a) applied with brush or roller per instructions, and b) consumers usually mix the entire sold product, so no risk of mixing errors, and c) they don't paint garage floors very often. The stuff is mostly harmless when handled that way. The toxin is in the resin which does not evaporate, so just keep it off your skin and you're all good (and really skin is a pretty good barrier for occasional exposure).

* similar to epoxy in the sense that it's a 2-part chemical you mix and then it self-cures after a certain time, without need to interact with air or moisture... except an alternate chemical that works the same way, such as polyurethane. Due to epoxy's vulnerability to UV light.

Not the answer you're looking for? Browse other questions tagged concrete walls or ask your own question.

7
How can I attach normal framed walls in between concrete columns?
7
How can I make these concrete columns?
5
What are these holes in my concrete wall and how can I mount things to them?
1
What could have caused these cracks, and how can I repair them?
1
How should I go about removing these two walls?
0
How can I improve solid, plastered walls with minimal mess and cost?
4
How do I renovate these walls to be smooth?
0
How can I remove texture from walls?
0
Can I remove these walls?