Is this the right sillcock for an outdoor spigot?

We just had a plumber out to replace some leaky outdoor spigots. I thought the replacement looked a bit small, but I figured he was the professional and maybe those were just the new way of doing things. Later on, we had another person come out for something unrelated and they pointed out that the spigot is meant for indoor use, not outdoor. Is that right? The plumber wasn't cheap, so if that's the case I want to call them back out to fix the work and install the correct type of sillcock. 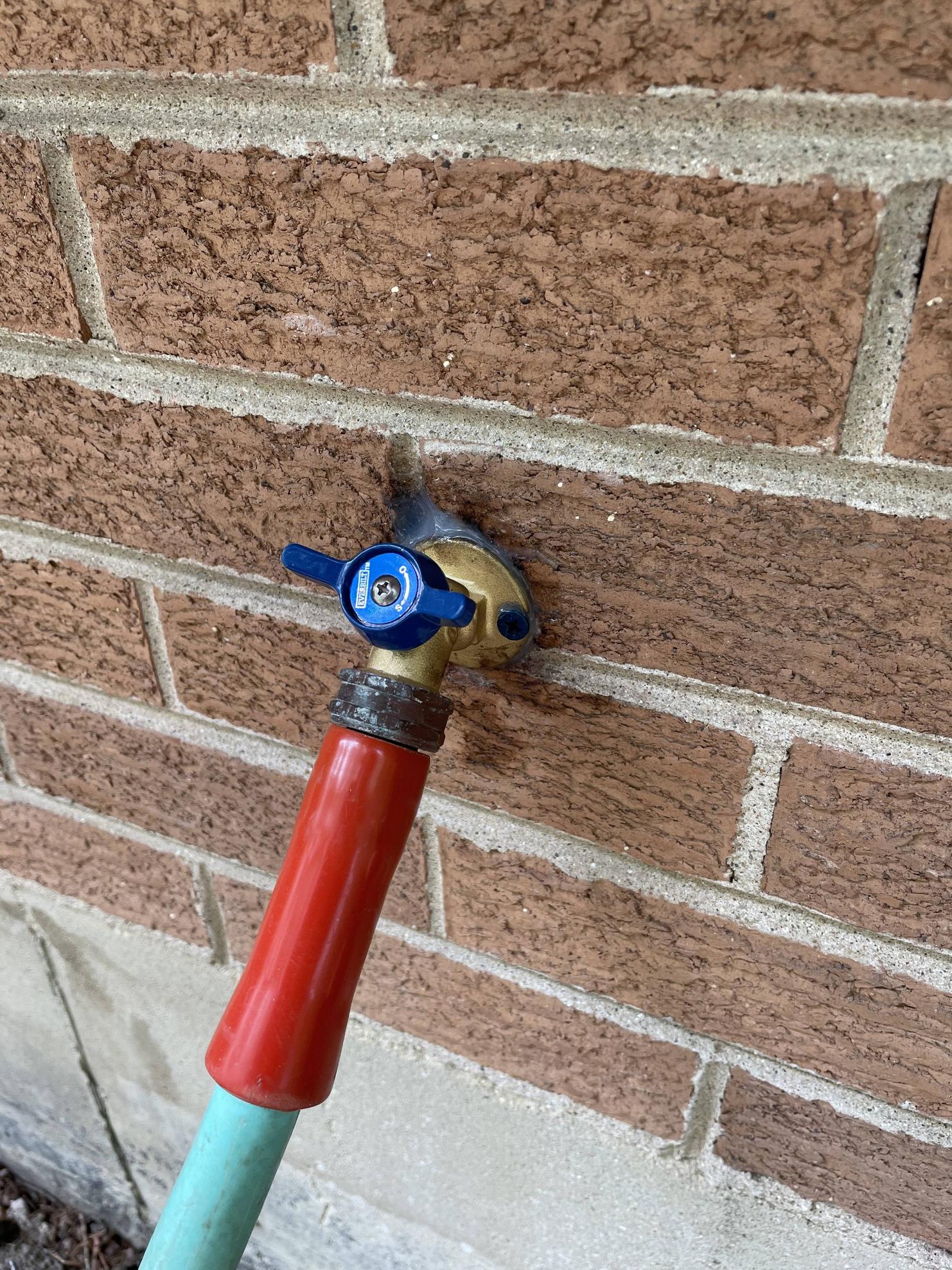 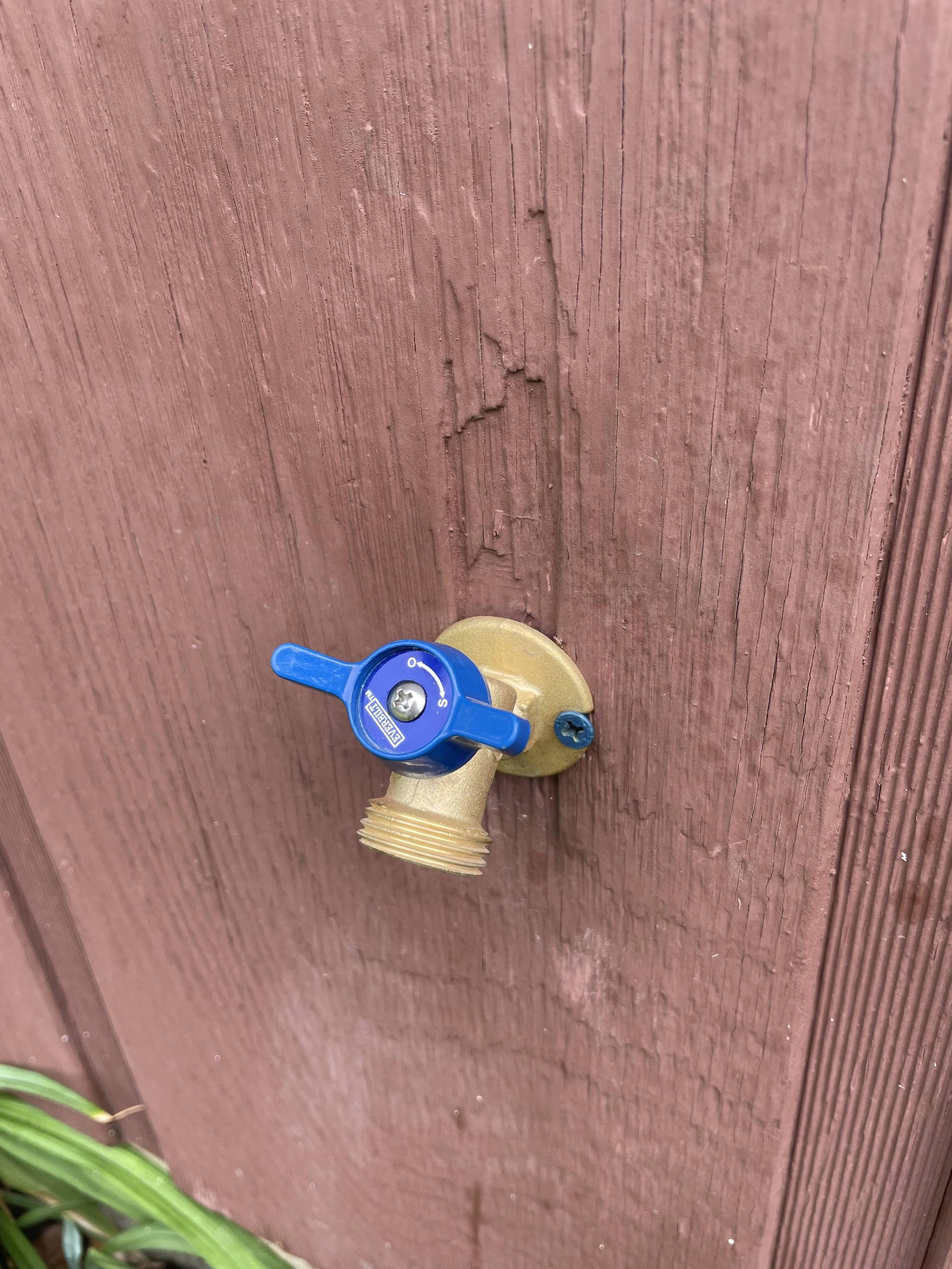 Those appear to be hose bibbs, NOT sillcocks. A sillcock is distinguished by having the valve at the end of a long stem INSIDE the house. That requires (in every one I've ever met) the valve handle to be oriented straight out from the wall. The angled handle position is a dead giveaway that these are NOT sillcocks, and will freeze unless they are shut off from inside the house and drained before winter.

Of course, even a sillcock will freeze if you leave a hose attached to it, so that it can't drain.

This appears to be a ball valve, quarter turn or 90 deg on/off. To comply with code for an outside faucet in most jurisdictions it would need to have a back-flow preventer screwed on between the valve and the hose.

I installed ball valves like this on our two outside faucets because I thought I would never again have to replace seats and washer seals.

When I turned the water back on after installing them I found them very stiff! My wife could not turn them bare handed and even I had trouble. When I had manipulated them in the big box store where I got them they were easy to turn. The ones I bought were described as garden valves made in Italy so I thought they would be good for this use. We can't turn them barehanded, but they do work acceptably with a wrench I made for them.

Our two outside faucets are on hard copper tubing coming vertically out of the ground 18" from the foundation, not horizontally from the wall. To protect from freezing in winter, I insulate the tubing and valve with foam wrap, cover that with sheet insulation and cover that with a large bucket.

If you are in a cold climate, you will need to cover this with an insulated box 1' square or even 2' square to prevent freezing. Of course, if you have a shutoff valve upstream of this in a heated space and water in the valve and line drains, then this won't be necessary. But it means that the faucet cannot be used in winter.

Also ball valves function best as full on or full off valves (shut-off or cut-off valves). They are not very good for fine control of flow, that is, they are not good as "metering valves". If I had known this I would not have used these, but we are going to keep them.

I am surprised a professional plumber would install such valves.

Not the answer you're looking for? Browse other questions tagged plumbing outdoorfaucet or ask your own question.

5
Options for replacing an at-grade hose bibb
6
How can I install a frost-free outdoor faucet with very little space?
9
Unable to remove a cross-threaded water hose
3
PVC toilet flange replacement problems
0
What could cause frequent toilet clogs? It is not the usual suspects
1
How to replace an anti-siphon spigot without access to the back end?
0
Reduced hot water pressure after closing and reopening water supply in one upstairs tub
0
Sink Hot Water Spigot Controls Shower Temperature
3
Supporting a bad well from a good one