Installing a ceiling fan onto an old pancake box

My objective is to hang a ceiling fan. I'm in a house built in the 1930s. I have an old pancake box that looks like it's 3.25 inches in diameter instead of 4. I decided that, although it's old, it's connected directly to some wood member and won't budge. So I'd prefer to just use it for the fan.

Unfortunately, one of the screw holes for a fixture is missing. So then I thought I should replace it after all since I can't mount a ceiling fan bracket with only 1 screw that's off center.

A couple issues I'm running into:

Is there something I can do to salvage this pancake box and somehow fasten a fan to it even though it only has one (bent) mounting hole? Maybe fasten to it some other way? Directly into the wood?

Or if I need to replace it, is there any way to do that from below? I have access to the attic, but it's in a spot that is tough to get to and covered in cellulose insulation. 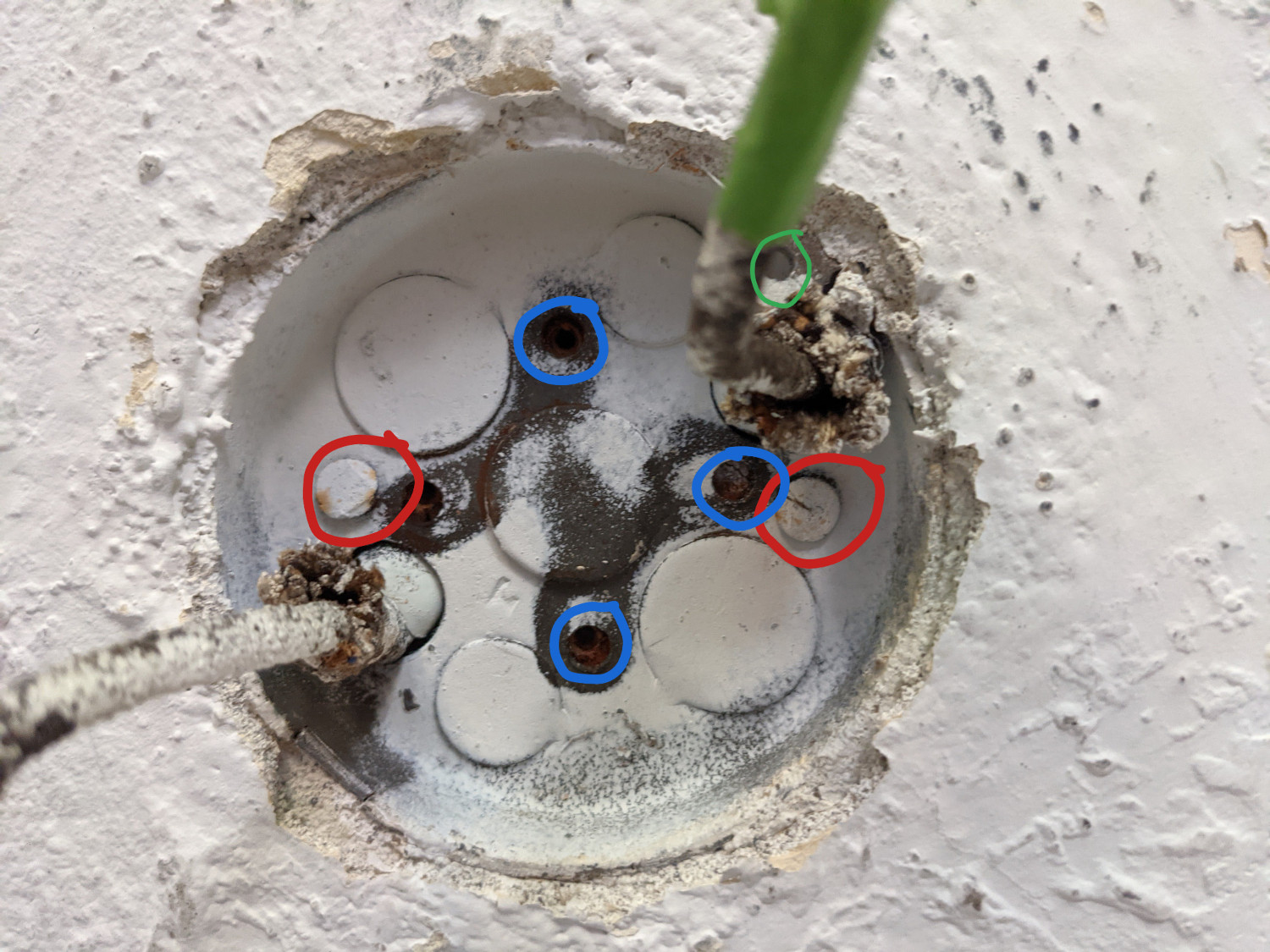 Edit(1): Wanted to go through the pancake box as Jim suggested, but the holes wouldn't line up with the fan bracket.

Not proud of this, but I got a 4in cross bar kit at Home Depot that's rated to hold a light fixture of up to 35 pounds. It connects to the crow foot via an 1/8in nipple. Mounted the fan bracket to that + one screw directly to the box (shown in green below). Officially not to code, but my fan is 18 pounds. Hoping that the crows foot / cross bar and nails / screw direct to the box will hold that 18 pounds plus additional weight while the fan is in motion. 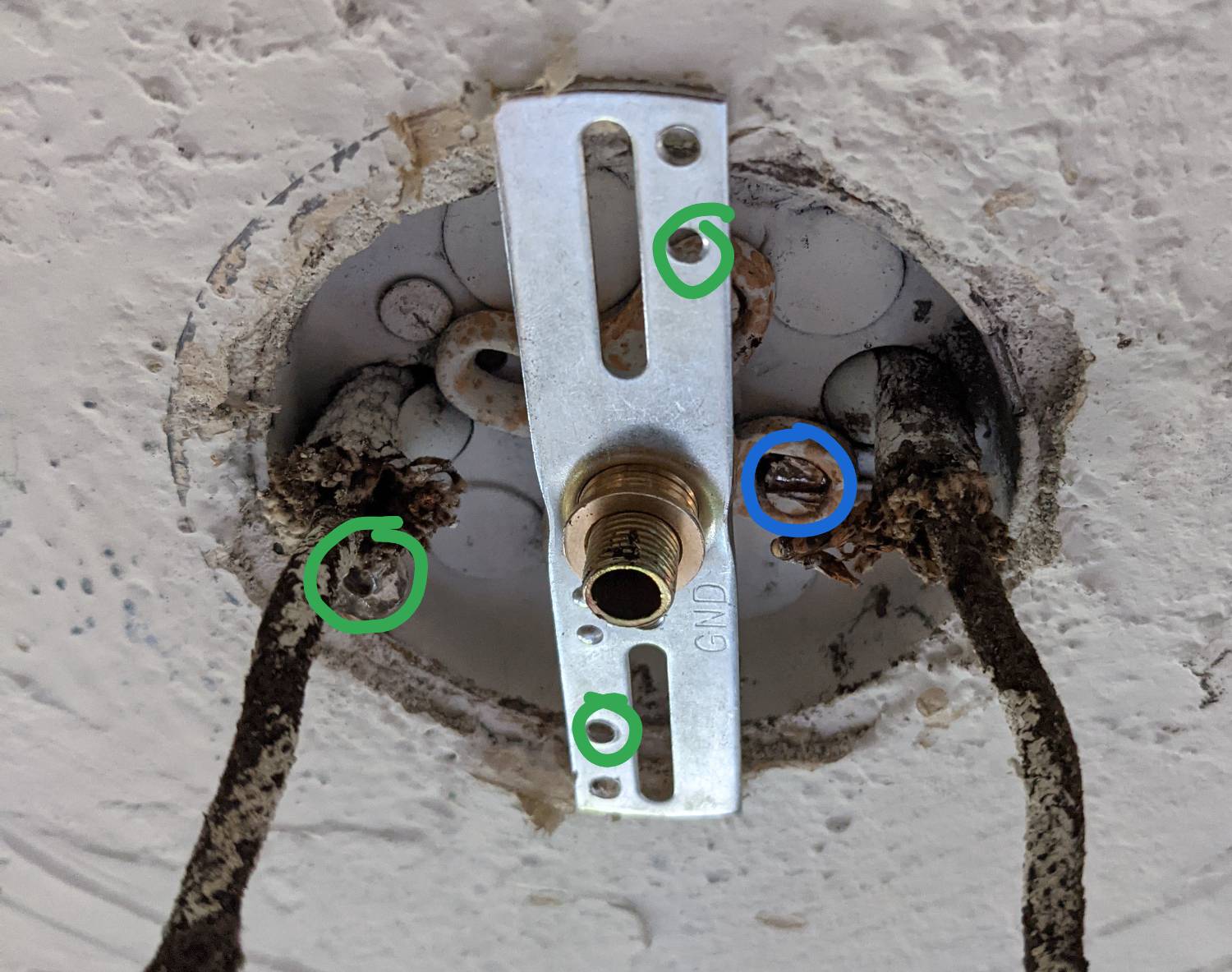 You can not safely hang a fan on this box, but you can hang a fan through this box, or beside it. The fan hardware in the new Hunter fans I have installed came with two long wood screws designed to screw through holes in the pancake box into a ceiling joist.

Your wiring is known as Knob and Tube which probably has an insulation mainly made of tar and cloth. Without examining your house I personally would not trust that circuit with a fan load. Also the fan has vibration associated with it so one screw is an accident waiting to happen. My guess is that box is nailed to a 2x piece of wood. My recommendation would be to replace the box with a new 4" that is rated for fan duty and rewire it to the switch. If that is fed with K&T wire it all the way back to the breaker (fuse) box.