What do I need to move the gas line and regulator closer to the ceiling?

I want to insert a wall oven in this cabinet and the gas line and gas regulator are in the way. How can I move it closer to the ceiling ? What cable and connector should I get ?

I was able to move the regulator with the help of a handy man (See last picture). It's all good now. I will access the shut off valve from the room behind to respect the building code. And now I can slide my electric wall oven !

Thanks everyone for the help!! 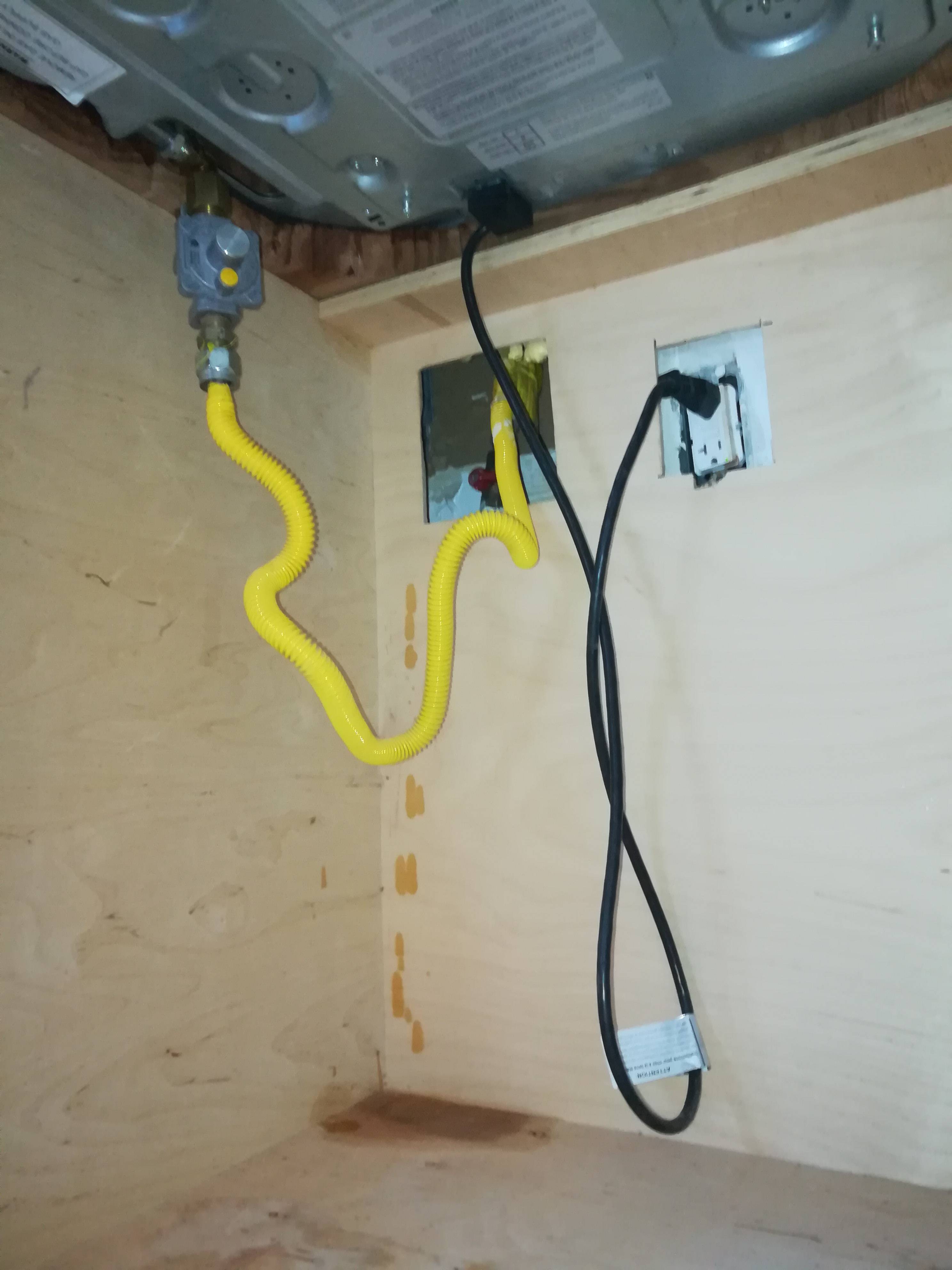 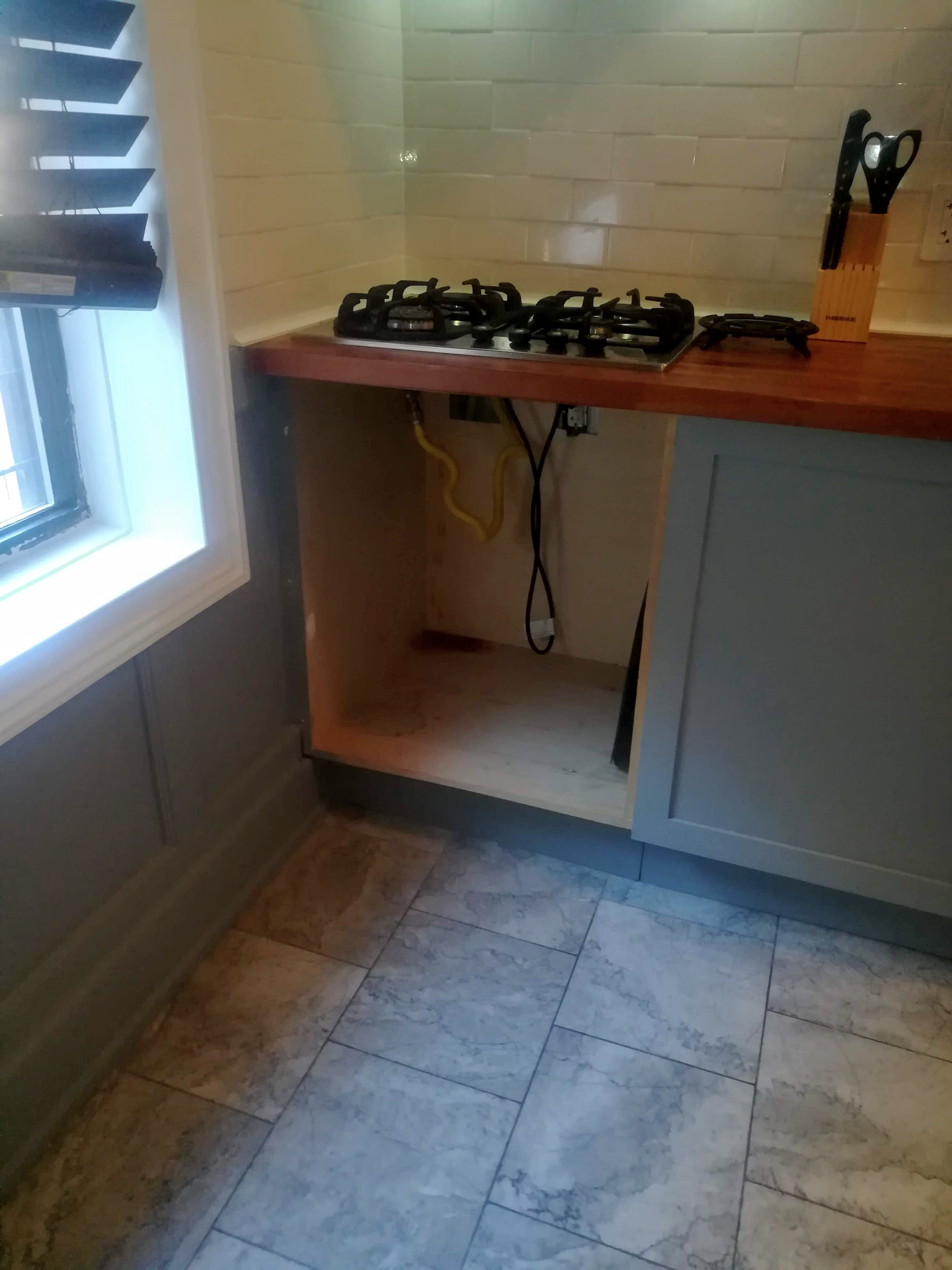 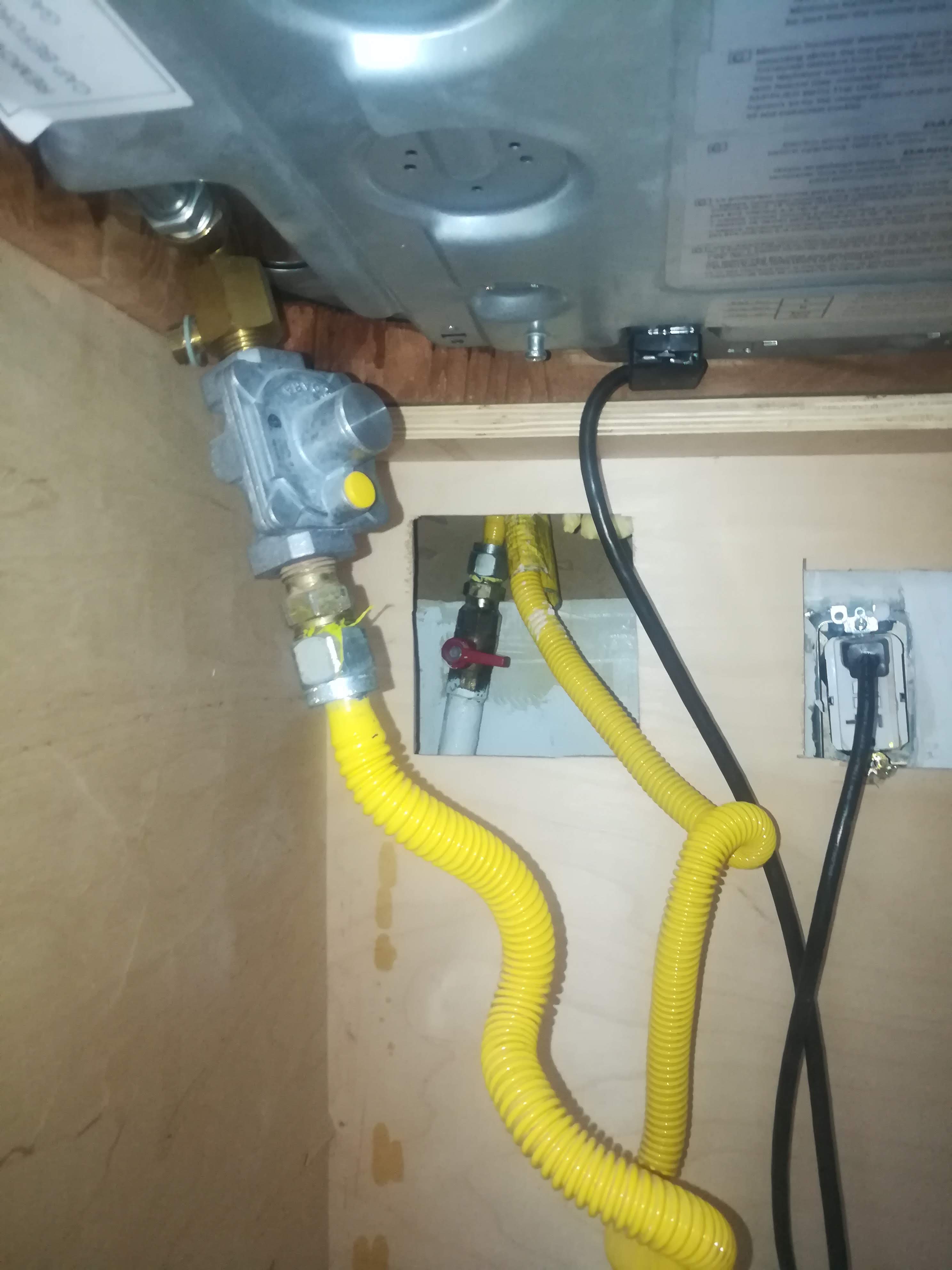 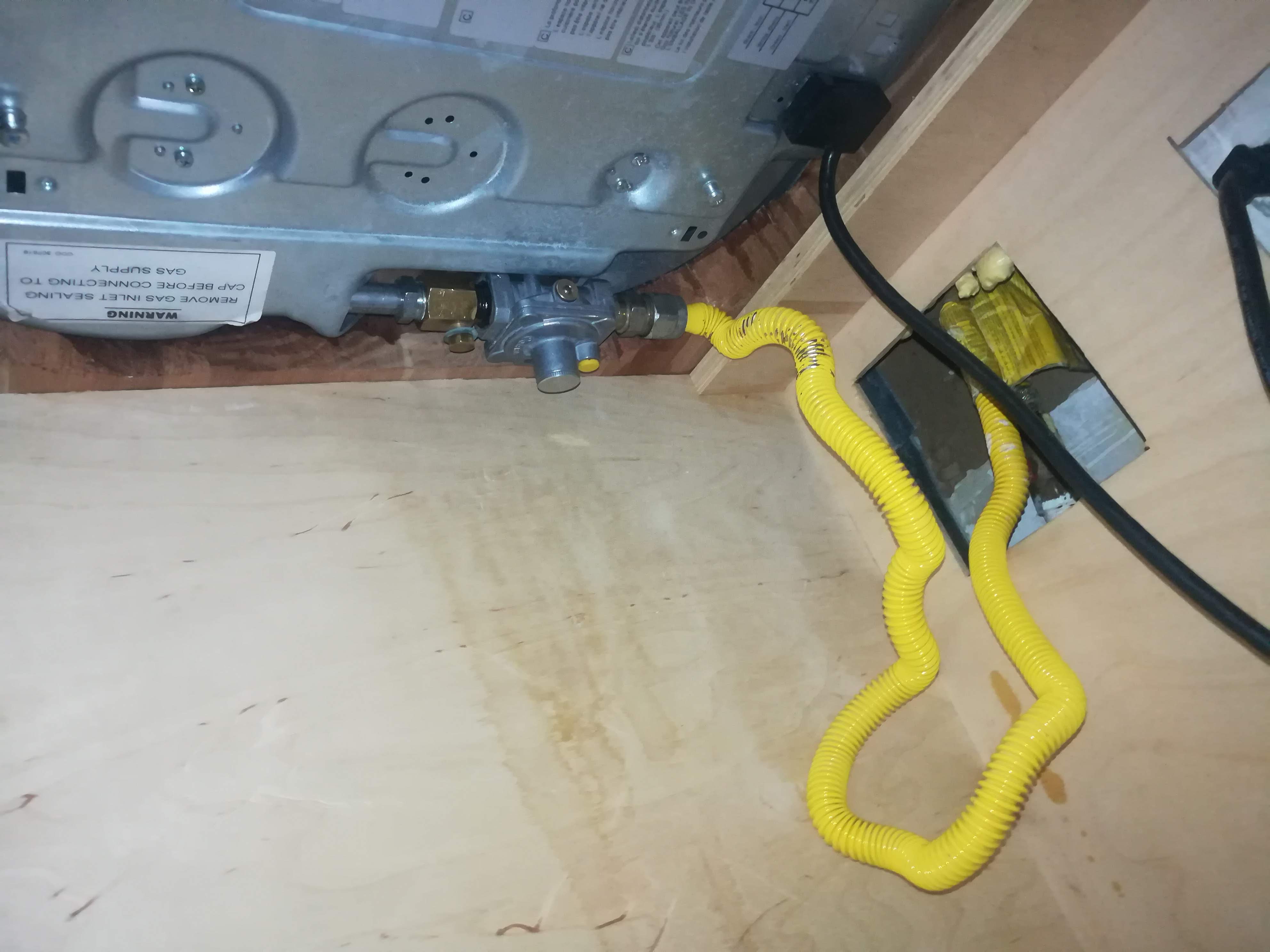 In my mind installation of a wall oven is a "permanent" kind of thing. There is a shutoff valve in the hole in the wall; permanently installing a wall oven in this cabinet space will render that valve inaccessible. That's "Not Good" -- you may need to relocate the valve so that it remains accessible after the new oven is installed. When you find a good place for the shutoff valve you may also find there's room for the regulator to be installed there rather than here.

Depending on what's on the other side of this wall it might be reasonable to cut a new access hole on that side. The hole could be covered with a removable "plumbing access panel" to make it look a little better. Providing access to the valve in this way eliminates the need to move the valve.

Edit after addition of photos from different perspective:

Now seeing that you're thinking of a wall oven beneath a cooktop... have you considered cutting out the cabinet entirely and using a slide-in range? That would be pretty easy if you can get one in a width that fits!

It looks like you have another cabinet to the right of the one in question. I'd consider extending the hard gas pipe into there, put a shutoff valve in that space, then take the flex appliance connector back into the first cabinet. Or cut an access hole between the two cabinets and position the shutoff valve(s) in the left cabinet where they can be reached through the access hole. Probably do 2x valves and connector so that the cooktop and oven are valved separately.

Either way, install the regulator somewhere along the way wherever it's convenient. Ensure the regulator has enough capacity for the two appliances or get another regulator.

Not the answer you're looking for? Browse other questions tagged gas regulator or ask your own question.

2
Why am I not getting enough gas pressure for a BBQ and generator?
0
code requirement for cooktop gas hookup to be in another cabinet?
2
Access Panel to gas stove shutoff valve on other side of wall in laundry room to code?
2
Oven won't light unless it's hot -- but it can clean!
2
Germany: Is it legal to connect a gas oven to a gas tank manually?
1
Why is my gas oven no longer heating?
0
What's the proper way to connect a gas line in a cabinet to a stove?