I've just installed a new drain assembly from home depot on a new cultured marble bathroom sink. I followed the steps in this fabulous video to prevent leaks, including putty plumbers putty around/on top of the rubber gasket of the drain assembly that butts up against the sink (as shown in photo). Now, it's leaking at that connection.

I also installed a shelf in the vanity a few days after installing the drain, and may have jostled the drain pipe a bit in the process. I'm wondering if that perhaps caused the seal to break, but I also would think that the seal shouldn't be THAT precarious as I wouldn't have applied that much force to it, and it makes me worried what might happen when tenants do god knows what in there.

Should I re-install the drain & plumbers putty and be careful not to touch it again? Or is there anything else I can do to make a better seal in that location?

EDIT: i saw an answer get posted (and deleted?) suggesting that the seal should be INSIDE which was my understand at first too, then I wondered how that worked with the overflow drain built into the basin that leads overflow down to the drain pipe from INSIDE (i.e. below the drain entrance on the OUTSIDE where water normally goes down), which I assumed was the reason for the holes in the threaded part of the drain assembly just a little way down from the drain trim (as in the photo). I figured this is why the black gasket under the basin is a crucial seal and a potential point of failure. 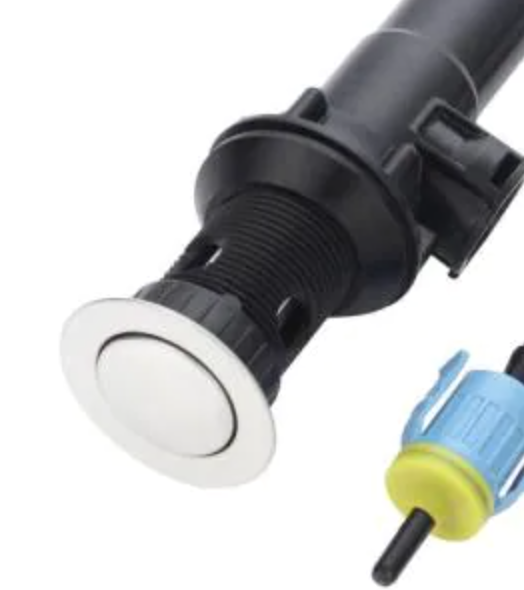 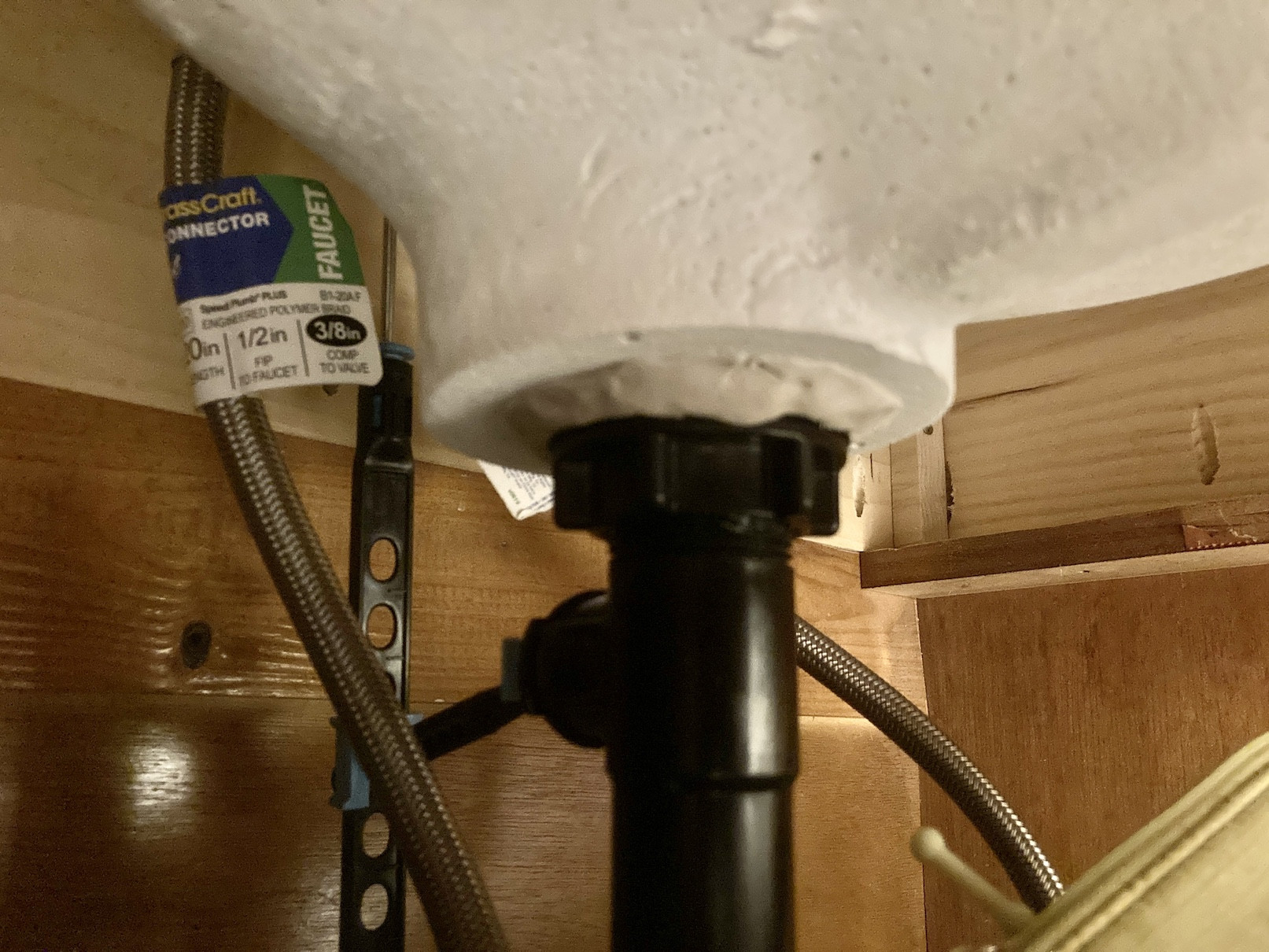 Plumbers putty (or appropriate alternative) is to be used under the drain trim flange at the top of the assembly, to seal the drain at the sink bowl. NOT at the bottom.

The bottom of the drain assembly should seal to the bottom sink hole by use of a tapered rubber gasket, no putty.

I had one that was difficult to seal although the original had been good for 15 years. I found the "cultured marble" was rough in the seal area. I sanded it ; 50 or 80 grit , just to take out bumps, nothing fancy . Then the putty and rubber held fine. Apparently the original plumber used a lot of putty and torque.

3
Cleaning film out of plastic drain pipe
12
How do I seal the sink basin opening?
2
Can I use Teflon tape to seal a flange?
2
How to deal with a pop up drain install when nut doesn't sit flush with bottom of the sink?
2
Major issues fitting new drain to bathroom sink
2
What should I use to seal the ball rod on a pop-up sink drain plug?
1
How to fix leaking bathroom sink drain where PVC meets ABS connection?
0
rubber gasket under bathroom sink leak
0
I can’t stop a tail pipe leak after installing in bathroom sink