Can I swap a quad breaker for two double pole breakers?

So right now I have this eaton 20/20 quad breaker in my GE panel and we're trying to make room for a larger circuit. We identified one area where if we could swap it to a 20/50 we could make room. Problematically with the breaker shortage right now we're having a hard time finding a 20/50 quad. I'd also prefer to bring the panel back in line with only using GE breakers.

To be clear I am not doing this myself and I do have an electrician coming but I am trying to source these breakers early since they are hard to find at the moment.

Can I swap a 20/50 common trip quad breaker with two 1-inch double poles? 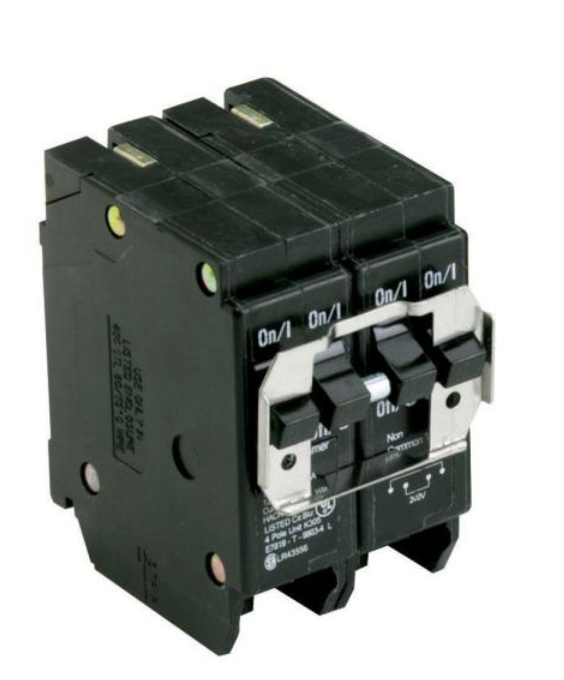 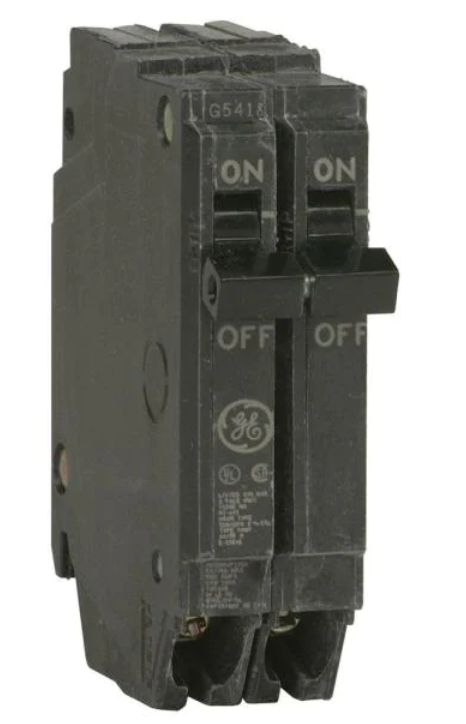 Here is my panel:

Could we put a 50 amp 1 inch in the middle and two 20 amp .5" THQP breakers on the side and tie them together with that handle tie? 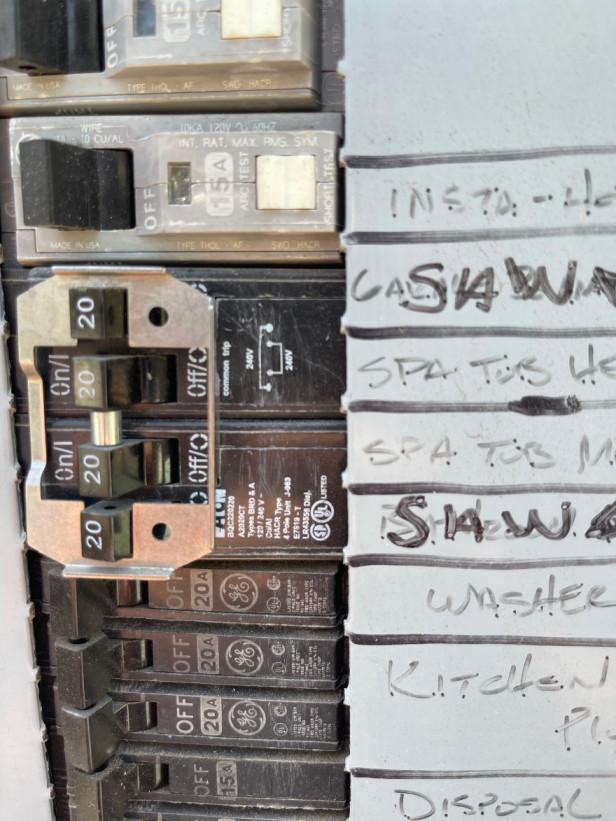 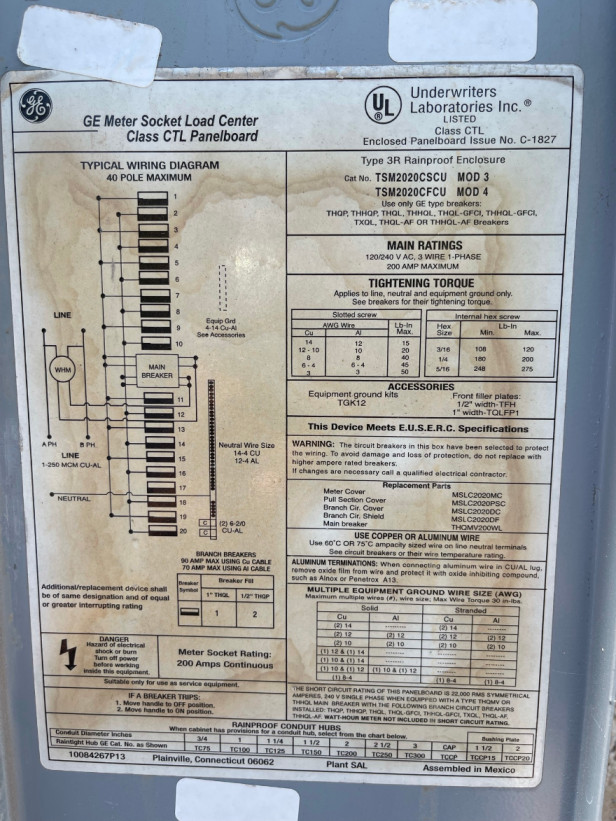 That Eaton breaker DOES NOT belong in that GE panel!

That's called an "alien breaker". The bus stabs on different makes of panel are different shape (to avoid patent infringement) and they will "clip in" but they won't work reliably. You can get a panel fire, which will at the very least burn up a bus stab, taking 2 spaces out of commission, which is the last thing you need when you're already having panel-cram problems.

GE does double-stuffing in a completely different way

Instead of a balky quadplex like the Eaton, GE uses special bus stabs which allow breakers to "straddle" spaces, leaving a half space on each side of them, which you fill with 120V half-width breakers. If you put those on each side of the breaker you have pictured, you'd have the equivalent of the Eaton quadplex.

The Eaton breaker takes two even spaces. The GE breakers need to straddle spaces. So the GE breakers you want to use won't even fit in the 2 spaces you cleared by removing the alien. They need to be offset by a half-space up or down, with other breakers moving around as needed, and half-width GE breakers deployed as needed.

Those cruciforms stick out of the bus stab, and that Eaton breaker doesn't have a notch to clear them. It would not fit properly in a GE panel capable of taking double-stuffs.

Your panel DOES take the right breaker

Your panel label data clearly shows every space is listed for double-stuffs. You can use the GE 1” tall 240V breakers. So...

First the Eaton goes away. Byebye!

Now, the 240V breakers need to straddle the line between spaces. The old breaker was on even spaces, so you need to do something about that.

Move the "washer" breaker up 2 full spaces, so it is snug against the top of the gap.

Your panel is now ready for the two GE 1” breakers you asked about.

Remember the wiring is no longer inner/outer.

3
Home Inspector reported two 20 amp breakers not allowed in panel per manufacturer?
1
two circuits on a single pole GFCI breaker?
4
What are good uses for tandem (double-stuff) breakers?
0
GFCI with 2x 20 amp 1 pole breakers
1
Can I replace two Siemens QP type, handle tied, single pole 15 amp breakers with a tandem QT type in the same configuration?
4
Understanding the wiring of 2-Pole Quad Circuit Breakers
3
Can I replace a quad breaker with a tandem breaker?
16
What is the difference between a "handle tie" and "common trip" in circuit breakers?
12
Am I correctly replacing 2 x two-pole breakers with a quadraplex breaker?
3
Can this CH breaker panel handle tandem breakers