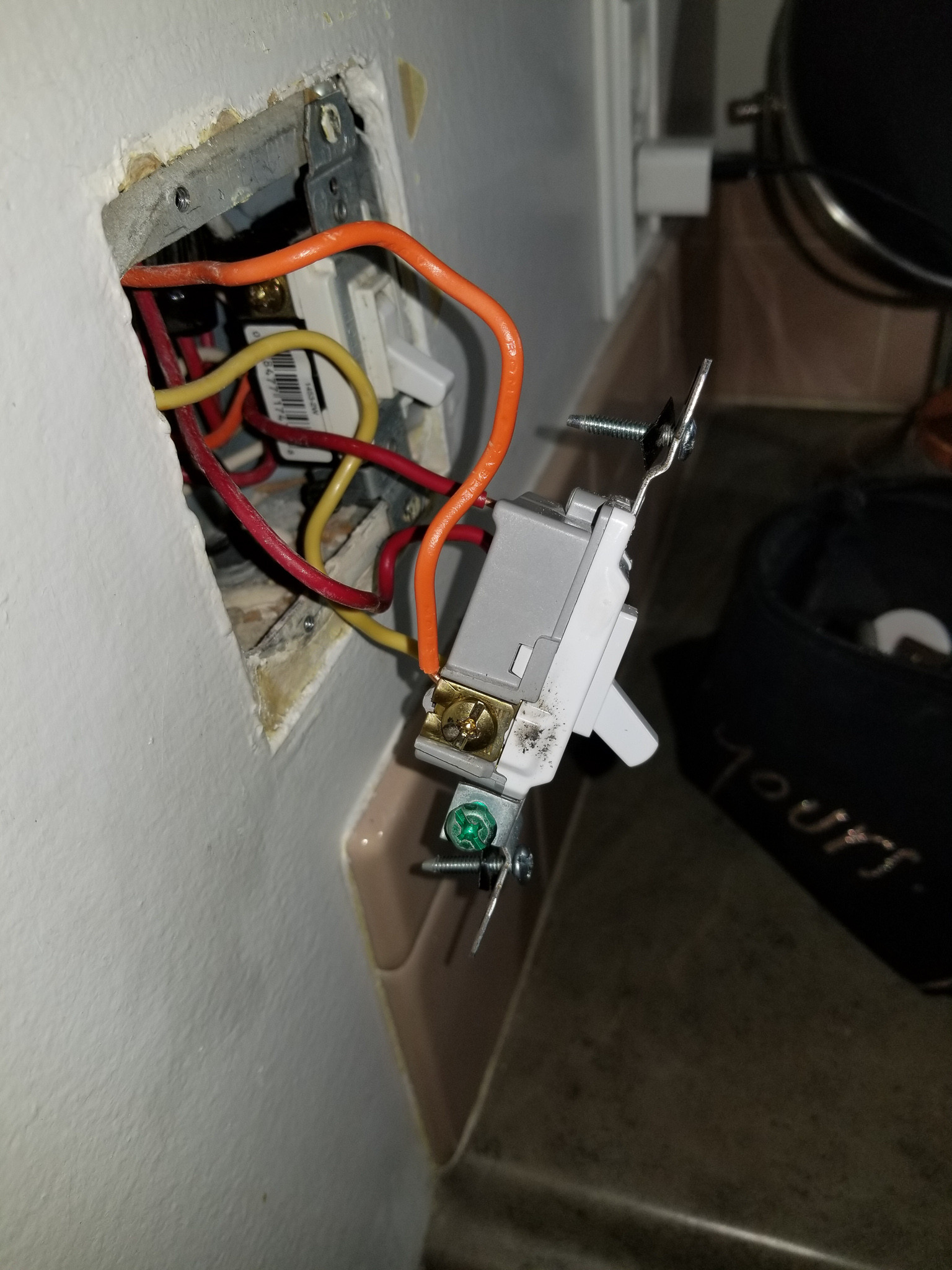 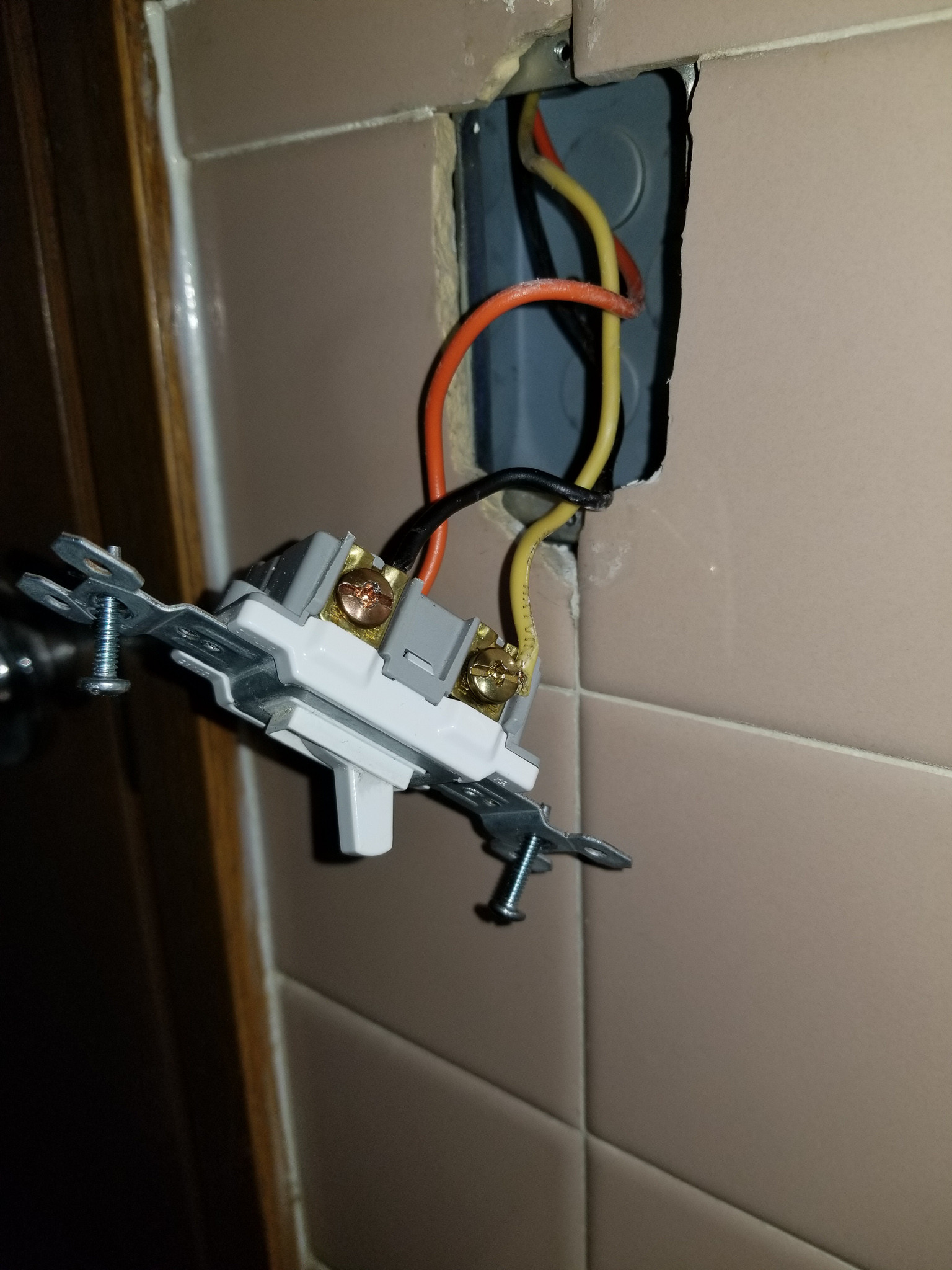 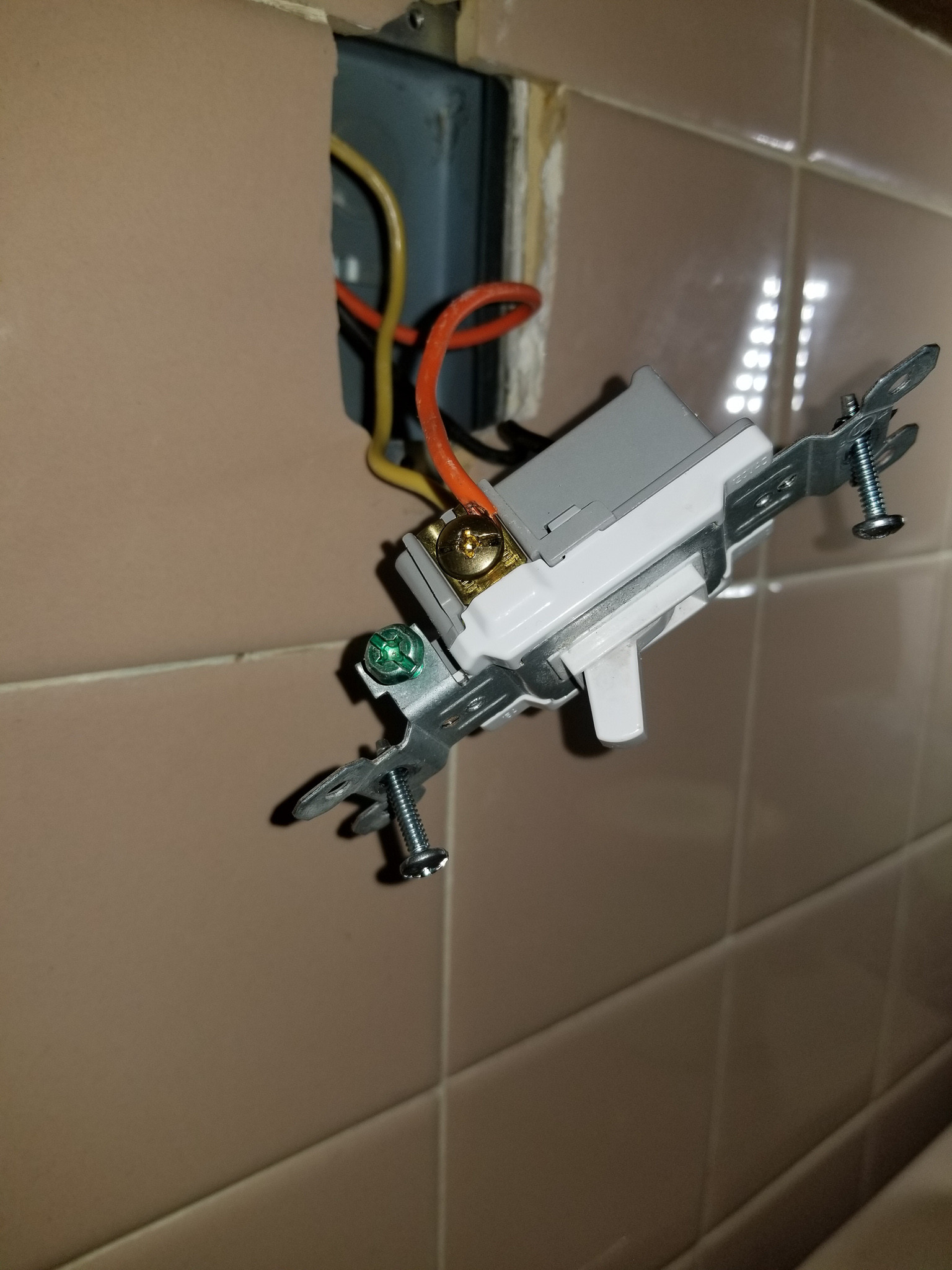 I went to replace two three-way switches in a bathroom. I turned off the breaker and pulled the two three-way switches out. One switch had red, yellow, and orange wires connected to it (with another switch in the same box), and the other box had only three wires in it, black, yellow, and orange. I figured that the yellow and orange were travelers, that the red was hot, and that the black on the other switch went to the light.

I turned the breaker back on and tested to confirm that the red was hot. It was odd that it was not connected to the common. I disconnected all the wires, and connected the new three-ways with the red to common, yellow and orange travelers, and black to the common on the other switch. I turned the breaker back on, flipped the red-yellow-orange switch up and down, and the light turned on and off. Leaving the light off, I went to the black-yellow-orange switch and flipped it up, down, and up. The light went on, off, and on. I thought I was done.

Then I noticed that the red-orange-yellow switch did not turn the light off. Weird, I thought. What could I have done wrong? I turned the breaker off and disconnected the switches from the wires, leaving them free in space. Testing revealed that the black wire was also hot. Each box has a hot wire in it with no switches connected. With the black-orange-yellow wires totally disconnected, and I find that connecting the red and yellow wires make the light turn on.

Is there any way that this could ever have worked right? 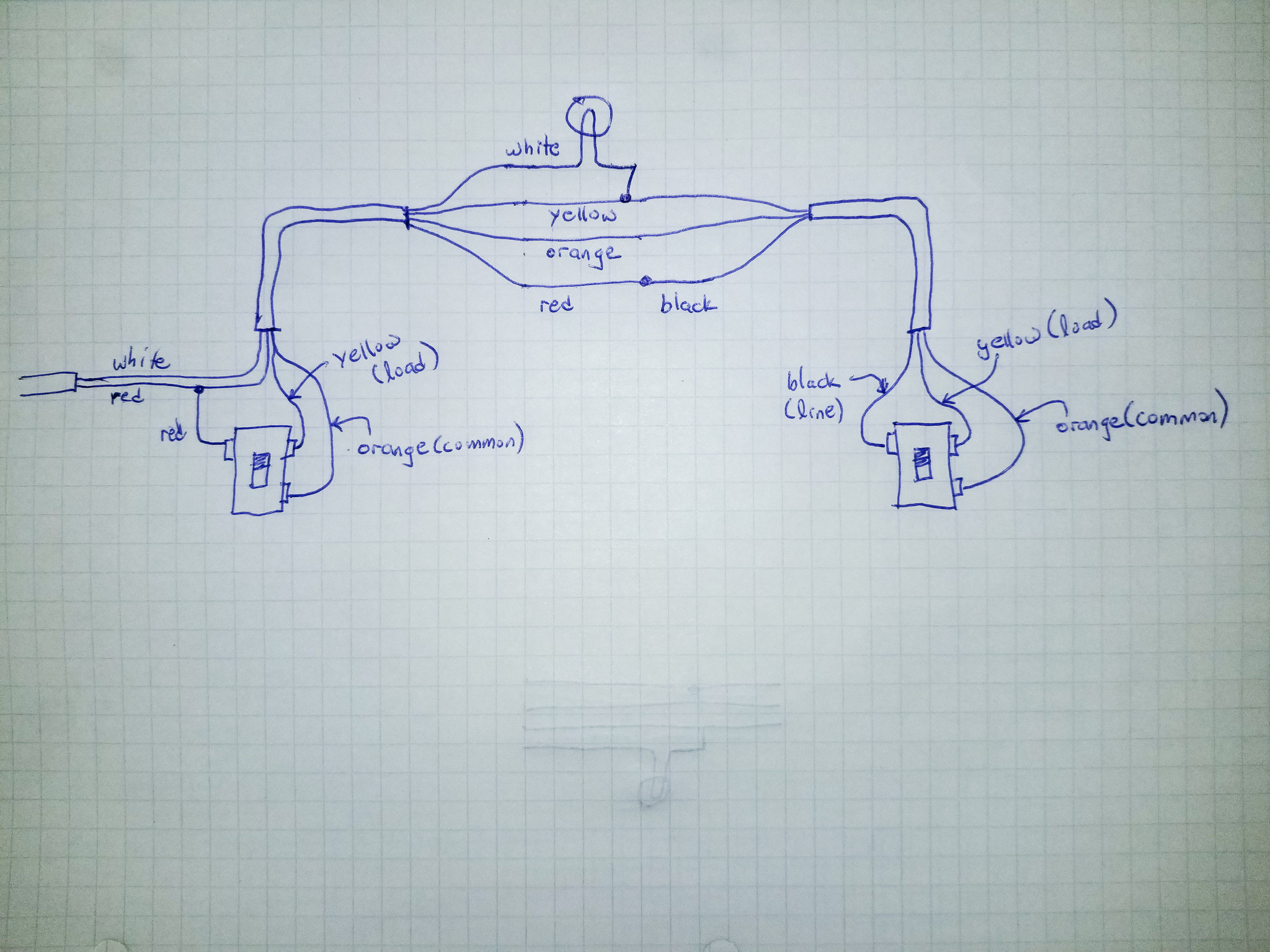 0
How do I wire 3 way switches?
1
Why would three-way switch travelers both show as hot?
1
How is this 3-way switch circuit wired?
2
Three Way Switch Works With Power Off
2
Three-way switch wiring behaving oddly
2
Swapped out light switch and now WIRES have no power?
3
Light Fixture Stopped Working After Replacing Its Three-Way Switch
1
Convert Three-Way to Single Switch and Add Smart Switch