One branch of my HVAC receives zero airflow, is there a design flaw with this layout?

Question: Why would the 6" duct (represented by the red X) produce almost zero airflow?

I have a small piece of tissue attached to it to see that it's barely blowing anything. However, the blue arrow, which is a vent that's further down the path, is getting plenty of airflow.

All of the blue arrows represent good flow.

And...as I write this, I just though of something.

The bottom blue arrow leads to a bedroom that's attached to the bathroom and it's at the end of the main HVAC duct, which is much larger in volume than the 6" branch feeding the bathroom.

In essence, both ducts are feeding the same space, and since one is larger, would it be safe to say that the larger duct is causing static pressure that's basically squashing the 6" duct's output?

There are no return ducts in this house, just the single intake for the A/C.

It would seem that if two ducts that are different sizes feed the same space, one would overpower the other, or there'd be some sort of way to predict the flow out of each depending upon the volume of the branch...

I'm wondering if the only way to equalize the flow is to ensure that the output volume on both is the same by adjusting the registers.

I also suspect that the the 6" take-off is too close to the A/C unit's output. It's a roof mounted unit and the take-off for this branch is right next to where the A/C unit feeds (vertically) the main HVAC duct (horizontal.) 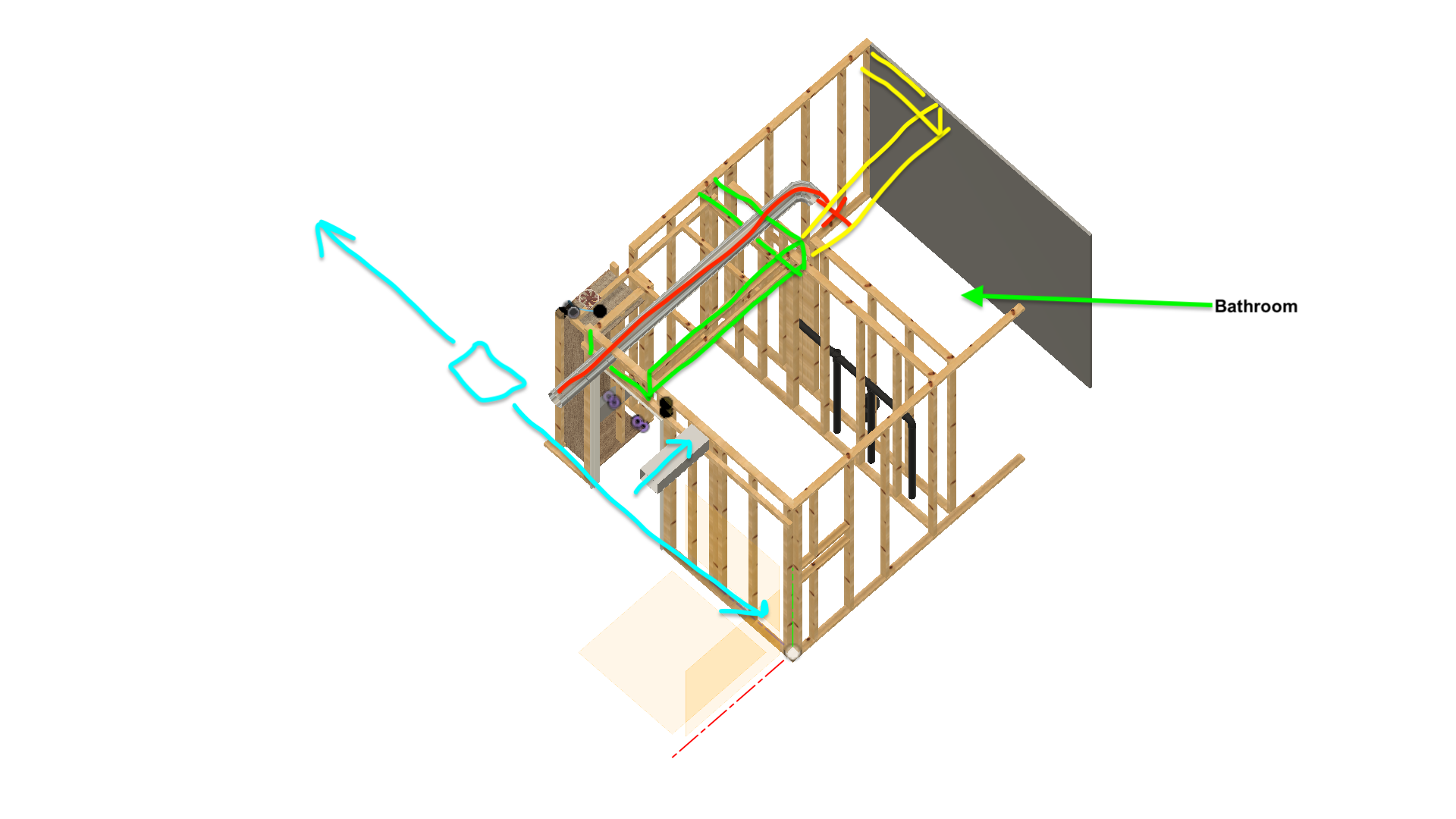 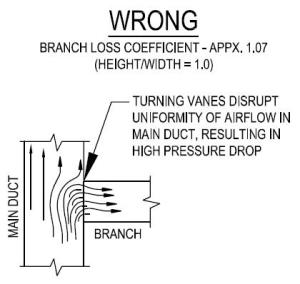 This configuration can cause large pressure losses, because the turning vanes disrupt the uniformity of airflow in the main duct, which in turn causes a high pressure drop at the fitting. Branches should be installed with a 45° entry or a radius branch fitting, as shown in Figure 2.3 below. 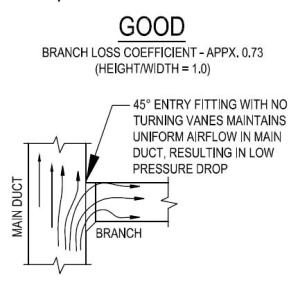 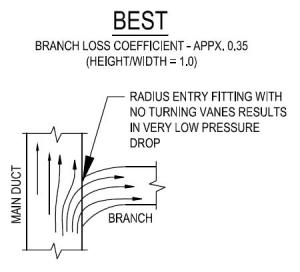 That duct should have a damper in it, and it appears it is working well. You need to find the damper and open it and adjust it to the air flow you want. It is probably a metal arm in the range of 3" and should be pointing 90 degrees from the way the duct is running, that is off. Try turning it, it should go in either direction.

5
Can I reroute this air duct?
8
How can I improve second floor HVAC performance?
0
Would increasing the size of the A/C duct for my kitchen improve cooling?
3
Can one use large-diameter rigid plastic pipe for HVAC ducting slash why is this never done?
0
HVAC not quite reaching the loft/attic floor of my apartment in an old home
0
If I have a Zoned HVAC system, should there be more than one filter to change?
1
What is the purpose of these ducts in HVAC/laundry room ceiling?
0
Overheating/airflow issue with gas furnace: 3 different HVAC techs, 3 different diagnoses
0
How can I improve airflow from this cabinet-enclosed PTAC/HVAC unit?