My local big box retailer has a decent priced 22kw lp generator/200amp transfer switch deal going right now. I'm considering purchasing it but I'm unsure on the correct way to go about my situation. I have a 400amp service entrance meter panel: 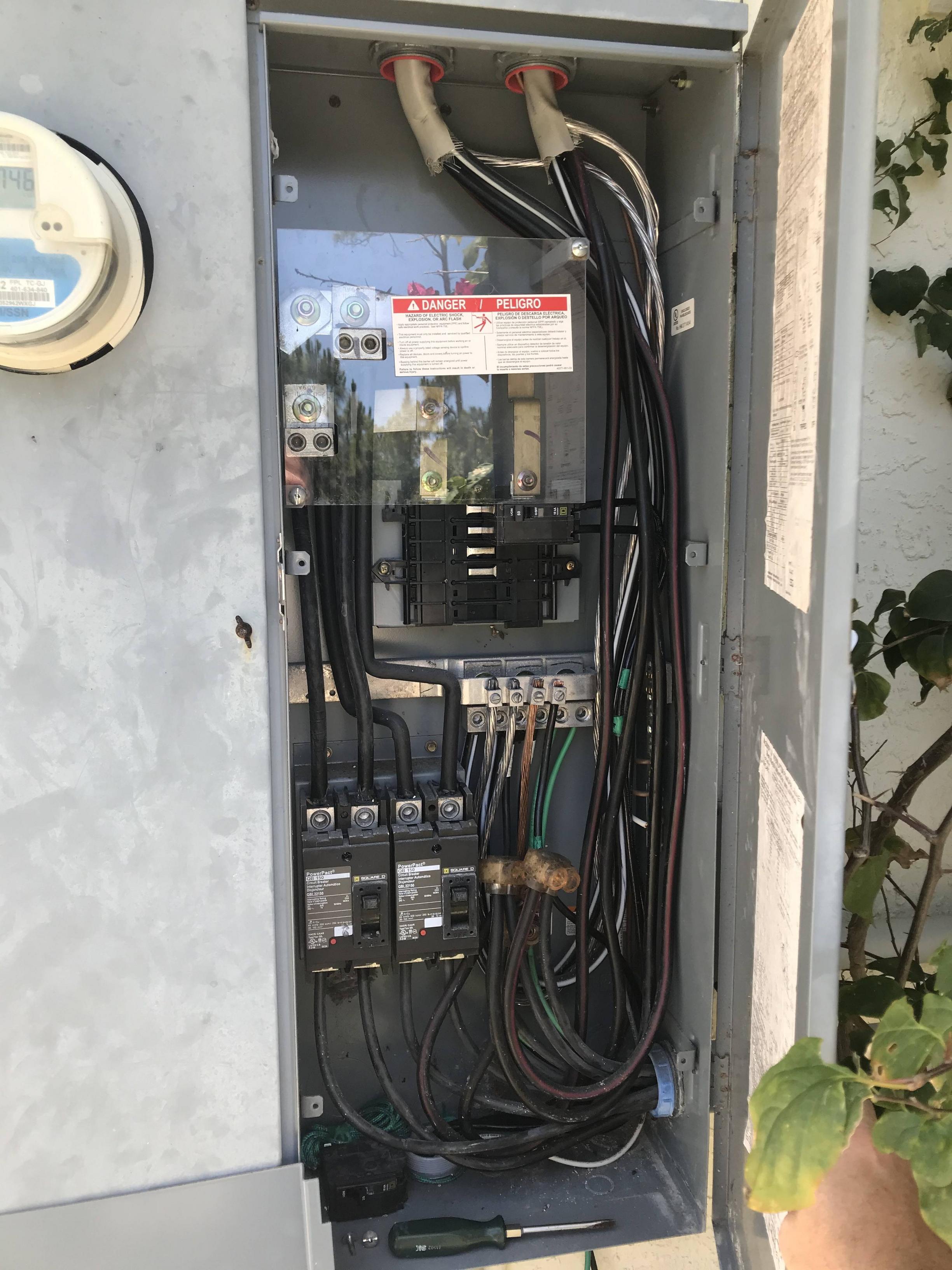 Those two 150amp breakers are fed from the double lug terminals which are connected to the service entrance meter. After the breakers they currently go to two manual shutoff switches seen in this picture below: 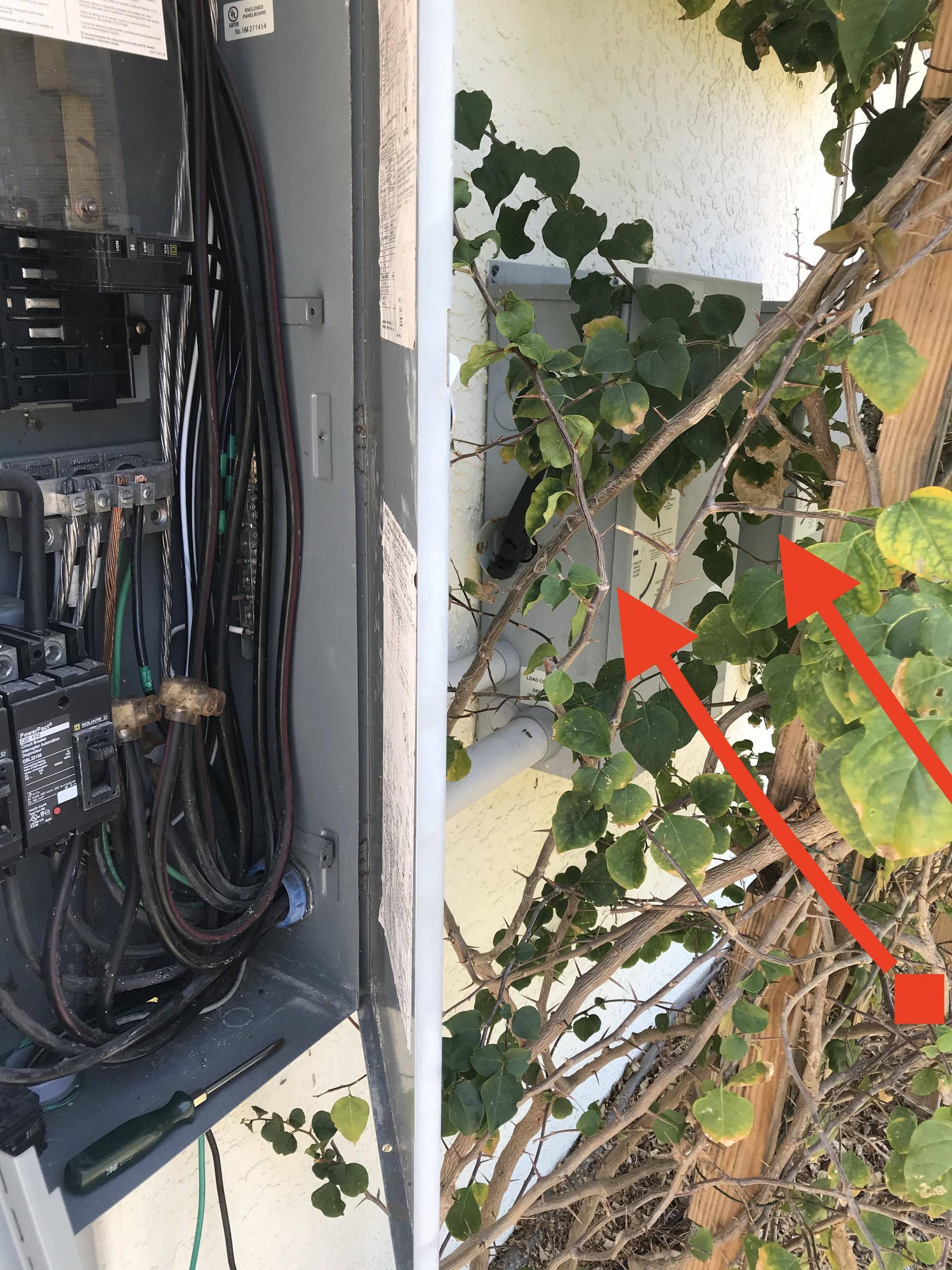 My plan is to remove those 2 service disconnects and replace with the automatic transfer switch.

Since there are only bus bars instead of lug terminals coming from the meter side of the service panel will I need to change to a different service entrance panel to accommodate feeding the two sub panels or is there something made to separate the bus bars from the meter to allow for feeding a transfer switch and then back to the bus bars? 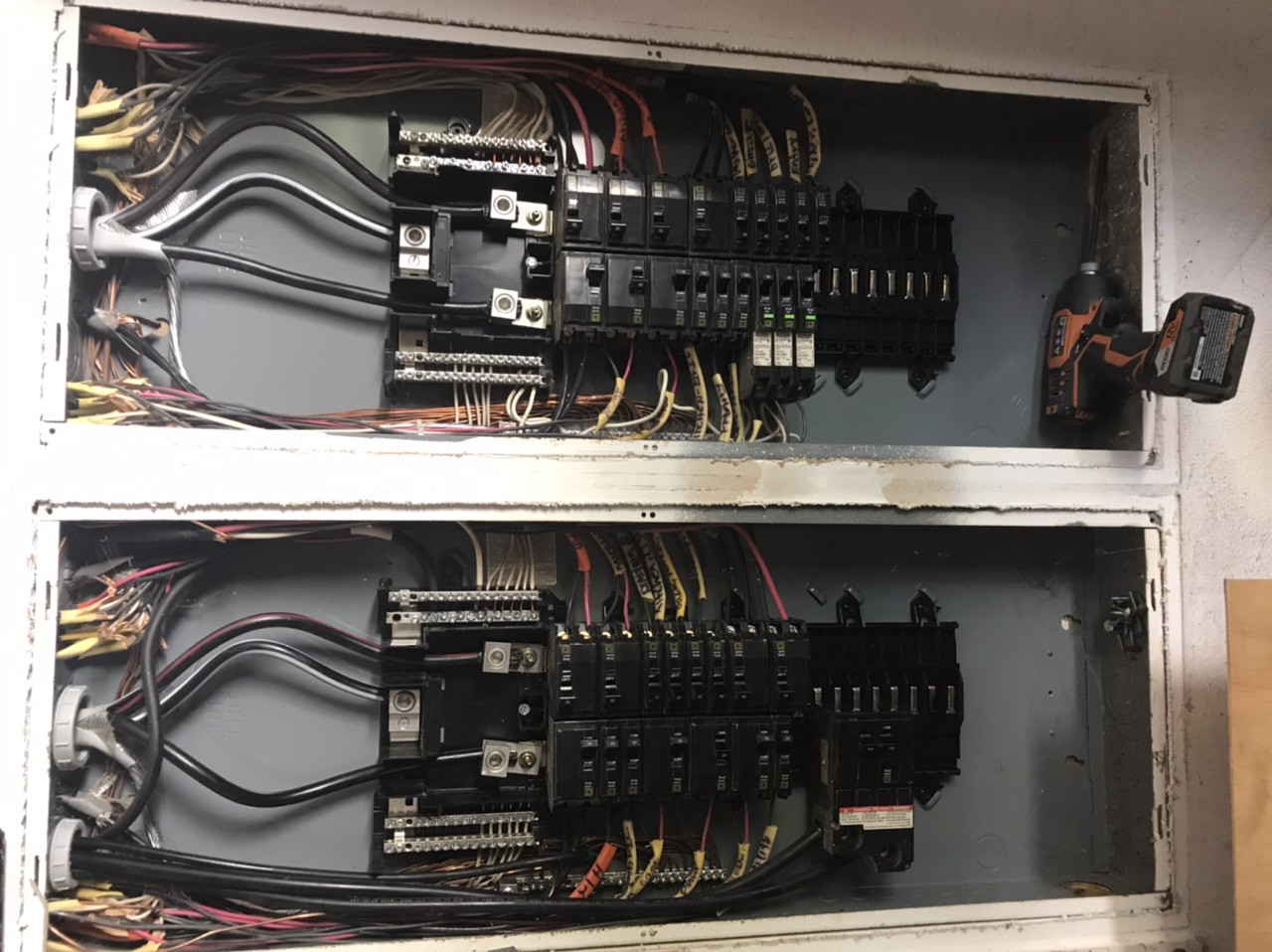 Forget about buying this thing. It's an "impulse buy", and that does not work for engineered products like whole-house generators and automatic transfer switches.

It's an Automatic transfer switch

It has a sequenced system which will automatically spin up the generator and then throw the loads over onto the generator.

In point of fact, since you currently have 400A service, the 200A transfer switch will be a "choke point" for your power that will prevent you from using utility power to its full capacity.

How do we arrive at the proper size?

You say you have an all-gas house. However, your service panels are ones from a lavishly electric home. In the 400A meter-main, I see a 50A panel going to ???. In the two large panels, I see no less than fifteen 240V breakers, as well as a subfeed lug kit carrying that panel's entire 150A to yet another, third panel in some other location!

So, the upshot is that all of this needs to be earnestly tallied up, and fed into a proper load calculation. The load calculation will state how many amps/kVA you will need for a "whole house" generator.

I suspect you will painfully discover that your house really does need 400A service, and you cannot shim the house's loads down to 200A -- let alone 92A.

Having 1 generator feed more than 1 panel is problematic, anyway.

The problem is, only one panel can have a pass-through neutral. All the other panels need to have an isolated neutral, requiring a 3-pole transfer switch. The bargain transfer switch is only a 2-pole.

The way to solve that, after you have reduced the two large panels to <200A calculated load, is to replace one of the main breakers with a 200A breaker... and have the remaining 150A breaker power nothing at all. (or perhaps, another panel which is "utility-side only").

Effectively this will downgrade you from 400A to 200A service, but it will permit use of that bargain generator.

How Harper would do it.

Well if someone held a gun to my head and forced me to use a generator, I'd get a large enough generator for the whole job.

One side-effect is that the generator would be water-cooled (coolant-cooled, to be more precise). I would run that hot coolant through hot-water registers around the house, or one heat exchanger in the forced-air furnace stack... because, hey - free heat!

Or, I'd swap circuits around in the two large panels until one of them only contained loads you would never want to put on generator, and the other one contained loads whose Load Calculation was less than 92 amps. Then, I'd put the ATS on that panel only, and let the other panel just be dead.

Not the answer you're looking for? Browse other questions tagged electrical wiring electrical-panel generator transfer-switch or ask your own question.