How to locate ceiling joists?

About to attach a bike pulley to my porch ceiling and advice re where the joists may be located ? I’m going to batten a piece onto it first then affix 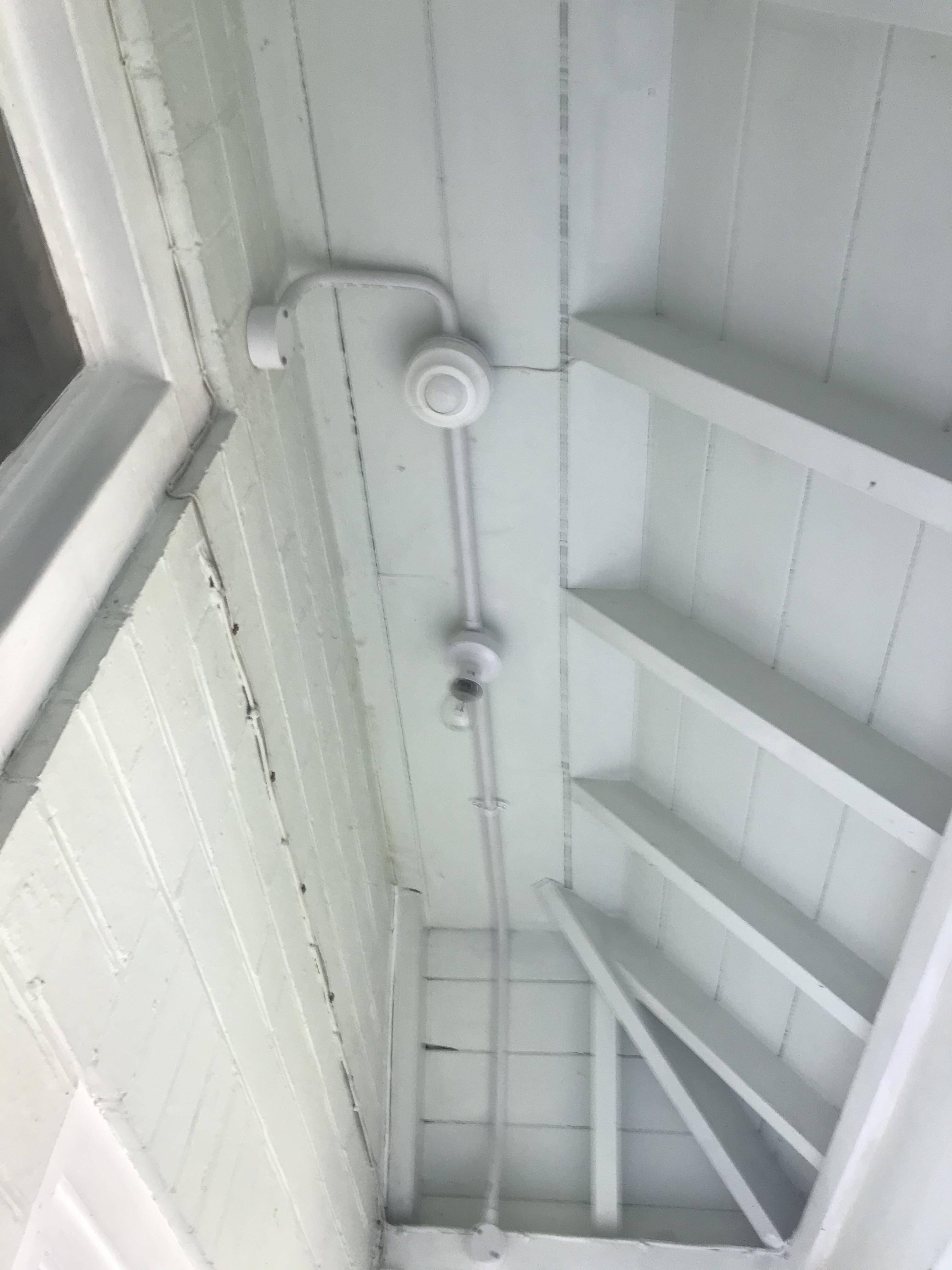 framing ceiling joists
Share
Improve this question
edited May 26 at 18:00

Assuming that your ceiling is drywall attached to the joists, you proceed in the same manner as finding studs on vertical drywall.

I like to use an electronic stud finder to get a rough position for the joist. I tap on the drywall at that position to confirm that it sounds solid. Then I search along that rough position (parallel to the orientation of the joists) with magnets to find the screws/nails that attach the drywall to the joist. I like to identify at least two screws/nails before being somewhat confident that I've precisely located the joist. Then I choose the exact position along the joist where I'm going to mount, and drive a nail through the drywall, hopefully hitting the joist, to confirm that it really is where I think it is. Then I remove the nail and mount whatever it is at that point.

You could remove a light fixture and cover plate and see if the fixture is mounted on a joist. If so, you could measure from the joist over a common standard distance (like 16” or 24”) and test to see if the joists are on a typical spacing.

Your joists (actually rafters) are quite very visible they're the beams that are on edge (presenting their narrowest fact to you when you're looking up at the ceiling). These are the ones that run "uphill" and disappear behind the flat part of the ceiling.

If you want to hang the bike from the sloped part of the ceiling, simply put your hooks into the two most conveniently located joists and you're golden. I'd strongly recommend drilling a pilot hole for whatever mounting hardware is going into these joists. You've probably got a reasonably thick screw that's going in, and the pilot holes will

You want the pilot bit size to be the same as or ever so slightly smaller than the diameter of the solid part of the screw. This will leave enough wood for the threads to bite into, while getting most of the extra wood out of the way.

If you want to install some sort of batten across those joists so you can put the hooks wherever, then do that instead. You can use some #6, #8 or #10 construction/wood screws to attach that batten to the joists (bigger # = bigger screw) - none of these should require any pilot holes - they're small enough to not be a problem. You'll still want pilot holes in your batten for the pulley screws, though.

If you want to hang the bike from the flat part of the ceiling, the wooden ceiling material is probably strong enough to support the bike and the tugging on the ropes to get it up and down. For that, though, I would recommend adding a batten (a 2x4 on the flat) as it would add significant strength. The location of the horizontal joists is probably next to the rafters, but I personally wouldn't be too worried about it.

I'd cut the 2x4 about 2 feet longer than it needs to be, then put a pair of screws through it into the ceiling, one pair each side of where the rafters run. That way, you'll be sure to have 2 screws into the horizontal joist, and the other pair will simply go into the wooden ceiling and add a bit of extra support. Do this for each rafter that your batten runs past and you should have more than enough holding power.

Not the answer you're looking for? Browse other questions tagged framing ceiling joists or ask your own question.

4
How far can I move ceiling joists up?
3
Which way should my joists run for a tray ceiling?
0
Why would my garage have separate ceiling joists suspended below larger floor joists?
1
Should I reinforce these joists at the central beam? If so, how?
0
How to prevent sagging ceilings when joists are spaced 24"
2
How might I attach pieces of lumber between two garage ceiling joists for the larger goal of mounting a punching bag to the lumber?
1
Hanging an egg chair between two joists
0
How to install tongue and groove ceiling?