I've been trying to sort out some strange wiring of a couple switches in my home and I could use some help. I have two switches SW1 and SW2 that control two light fixtures L1 and L2.

At first I assumed that SW1 was a four way switch with one of the paths wired in series with SW2 for some reason. It turns out that is not the case and SW1 is just a single pole switch, but with two pairs of wires connected to each end (one via backstab, one via screw terminal).

Of these four wires from SW1, I can confirm that if the two white are connected and the two black are connected (corresponding to SW1 being off), then L1 is off and SW2 correctly operates L2.

If I connect all four wires (corresponding to SW1 being on), then L1 is on and L2 is off with SW2 having no effect.

My goal is to allow SW1 to control L1 and SW2 to control L2 completely independently from each other. I'm a little flummoxed as to how things must be connected to make it operate as-is. I'm trying to avoid purchasing a continuity tester, so I'm not currently able to trace what is going on inside the walls.

Edit: Forgot to mention that SW2 is also a dimmer (something like this).

This first photo is where SW1 was located although I removed it while I was trying to diagnose what was going on. The bottom two wires were connected via the backstabs in the switch while the top two wires were connected to the screw terminals. The second switch on the right in this photo is not SW2, but an unrelated switch for another light that does not appear to have any effect on L1 or L2. I'll note that the bottom two wires appear to be going to the box where SW2 is located and the top two wires appear to be going in the direction of L1/L2. 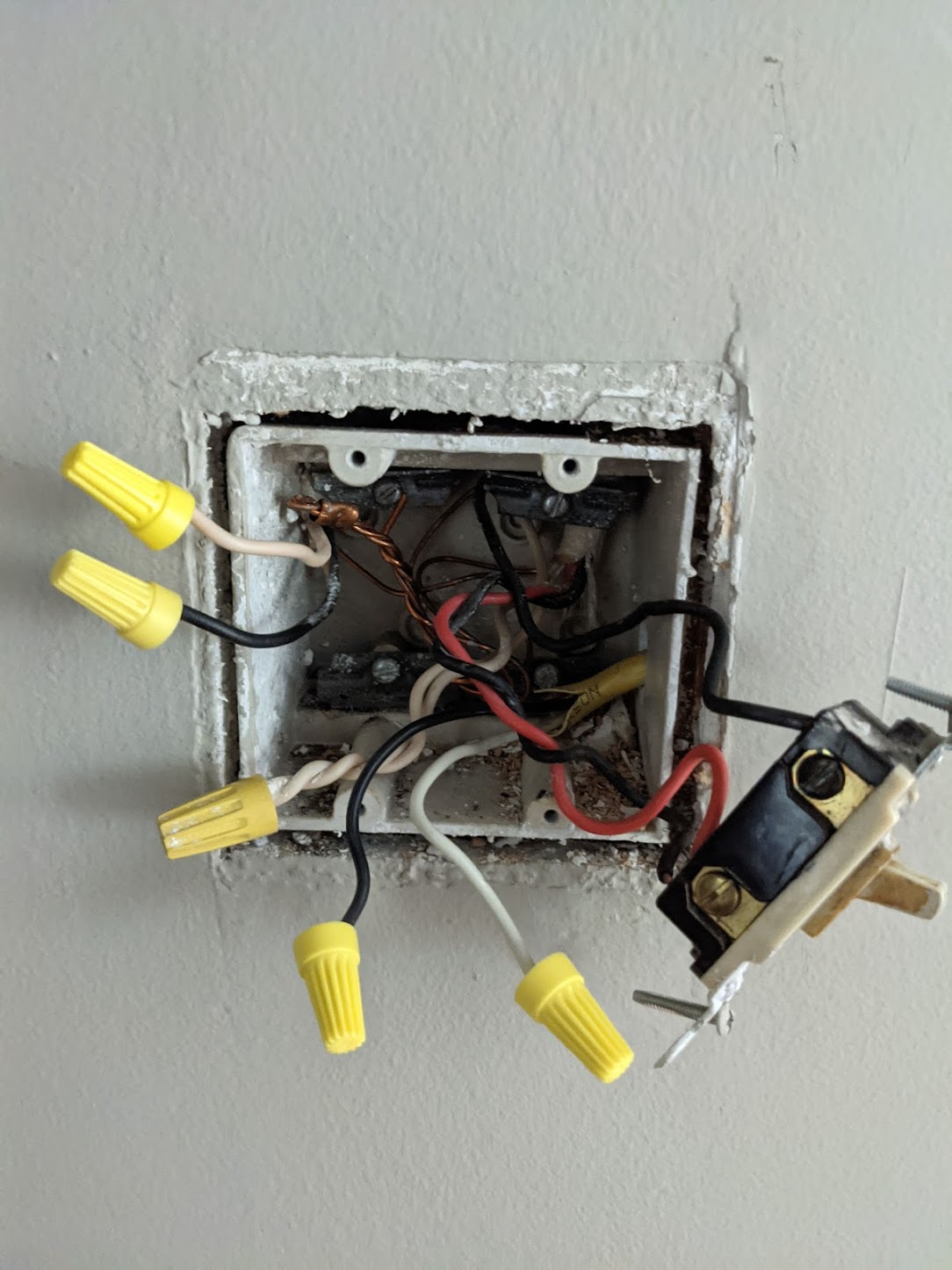 This second photo is SW2 which is located to the right of SW1. 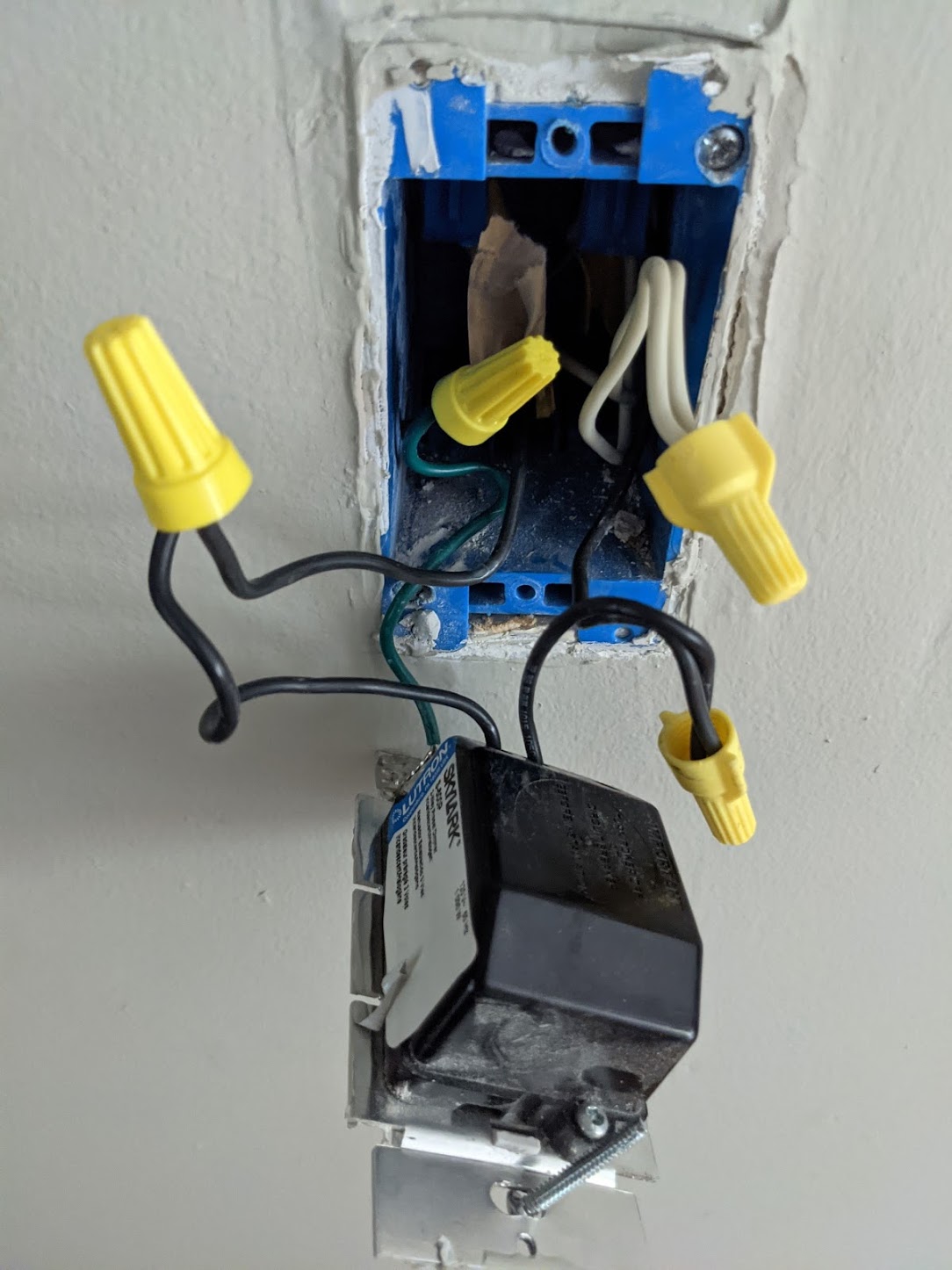 I recalled that I have a non-contact voltage tester. Of the four wires for SW1, only the upper black wire (as per the photo) is live.

I finally got an electrician to come help out but he wasn't sure exactly what was going on without spending a lot of time tracing wires which he didn't recommend. The solution ended up being wiring a remote controlled switch in the box in the ceiling with the porch light and mounting the remote on the wall. Then a new wire for the other switch.

1
Installing a dual switch from a single switch which powers two wall sconces
2
Help wiring timed fan switch
1
How is this 3-way switch circuit wired?
0
3 way switch problems
1
Strange 4 Way Switch
2
How can I use a switch for outlets to control a new overhead light?
0
Why does my two way switch have four wires?