Does a copper pipe need to be perfectly smooth to install a compression valve?

I had to remove the compression valve for the toilet during my bathroom floor install. When I started out I did not know how compression valves worked and ended up putting a lot of power into tightening the nut when I was intending to loosen it :-P Once I finally got the valve off the correct way, I found that my misguided efforts had resulted in a noticeable impression/dent in the copper pipe where the collar (ferrule?) of the valve had sat. The dent is small, I'd say about on the level of the creases at the joints on your fingers when you hold them straight (I didn't get a picture with the valve off, but including one before I finally got the collar off to give a sense of how I kind of banged it up).

Now I'm trying to decide if:

Any advice is much appreciated, thanks!! 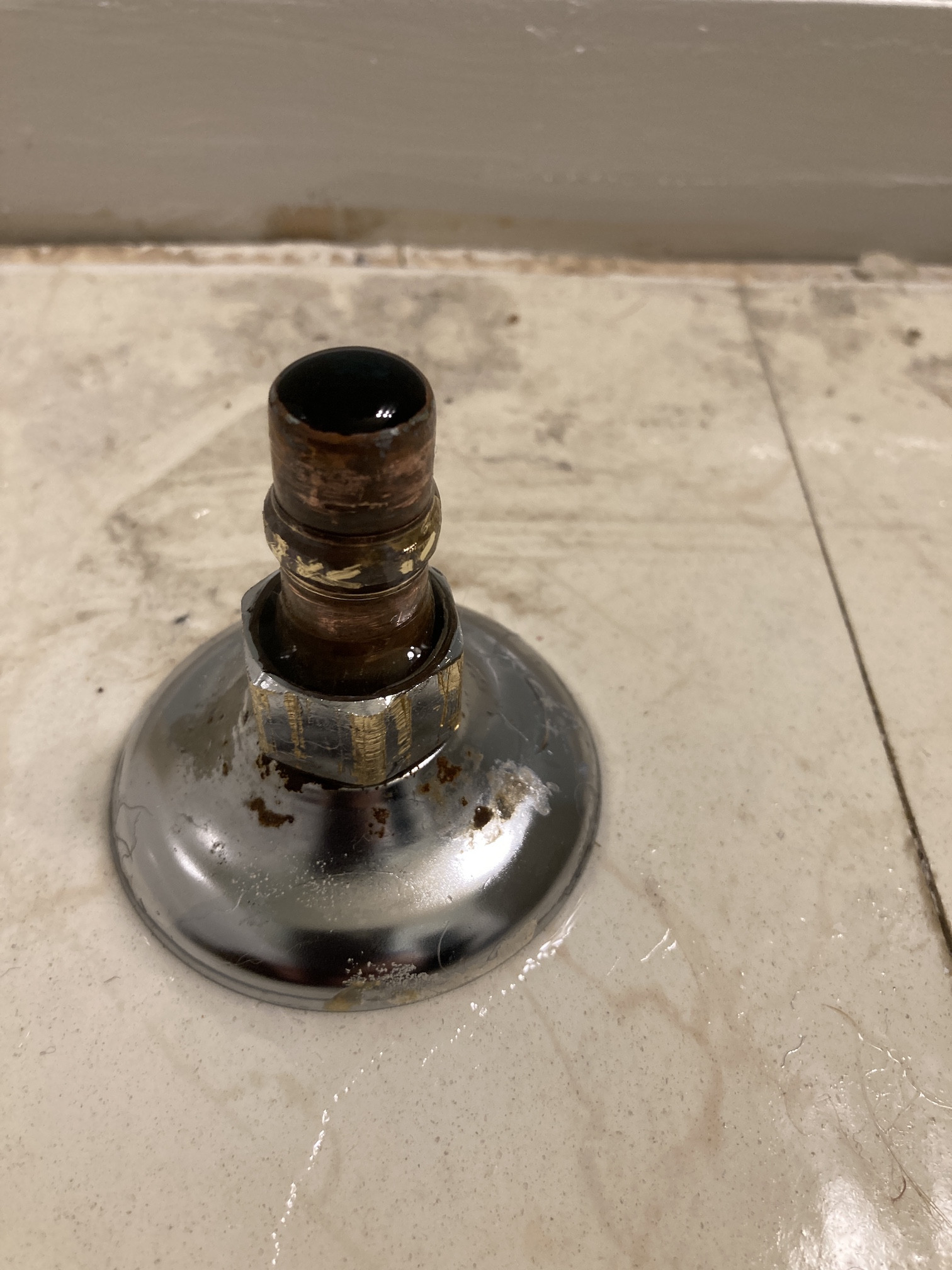 I have done four things with this second-hand olive issue:

Not the answer you're looking for? Browse other questions tagged plumbing pipe valve or ask your own question.

3
How does my refrigerator water line connect to the valve?
6
Do I have to do anything different to use compression fittings on chrome pipe?
3
Is it ok to unsolder an outdoor spigot and to solder back a new one without cutting the copper pipe?
0
Plumbing. Compression fitting Shower valve to 3/4" threaded female. Ideas needed
2
Do I need to prepare old pipe to install a compression fitting?
2
Strapping down a copper pipe with little access
0
Extending copper water pipe to fridge/icemaker and leaving options open
0
Inlet valve for dishwasher came off. - Can I use JB weld on the compression fitting?