Can I wire this three wire fixture to my two wire junction box? 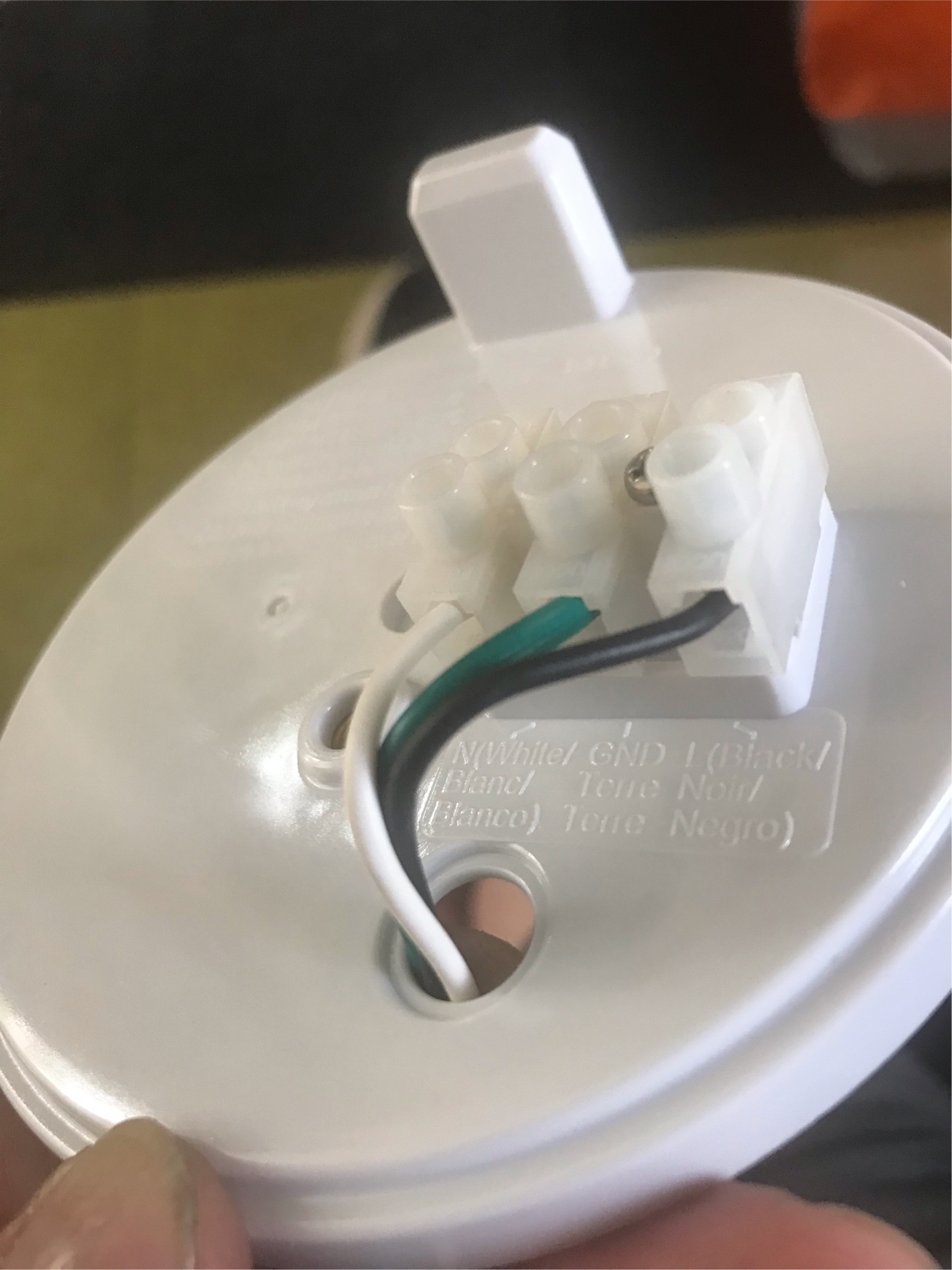 And I’d like to wire it to my current junction box which has only two wires, red (!!!) and white. Is this possible? It’s replacing my old fixture which actually was a three wire incandescent, which just used two: 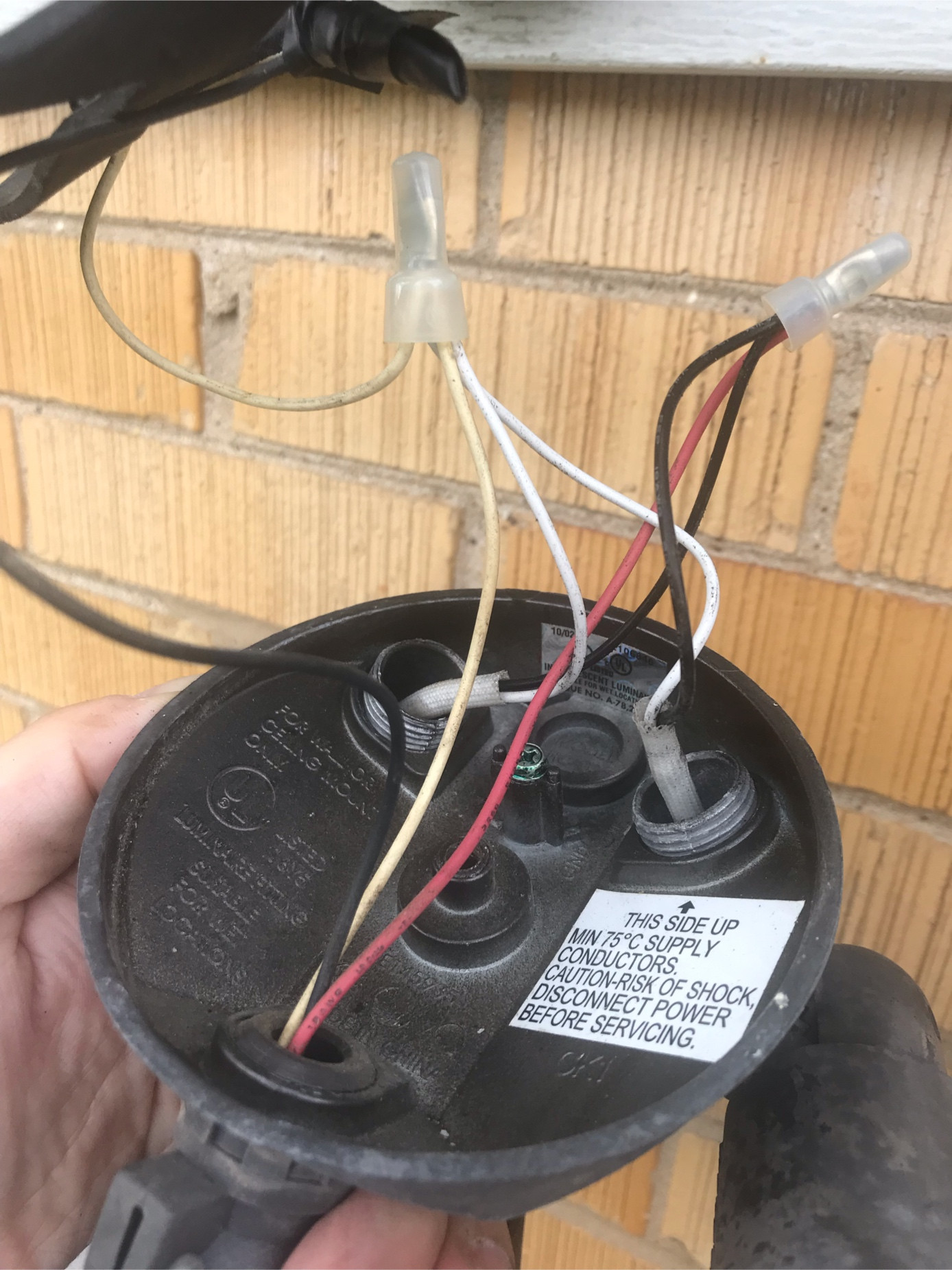 Is this doable? The garage actually has three wire wiring, just this box doesn’t. I could do the old college try (it’s cheap enough that if i fry it i won’t cry) but i want to do the right thing.

EDIT the junction box. Notice there’s a bolt hole labeled GRD. I have no idea if it’s actually Ground 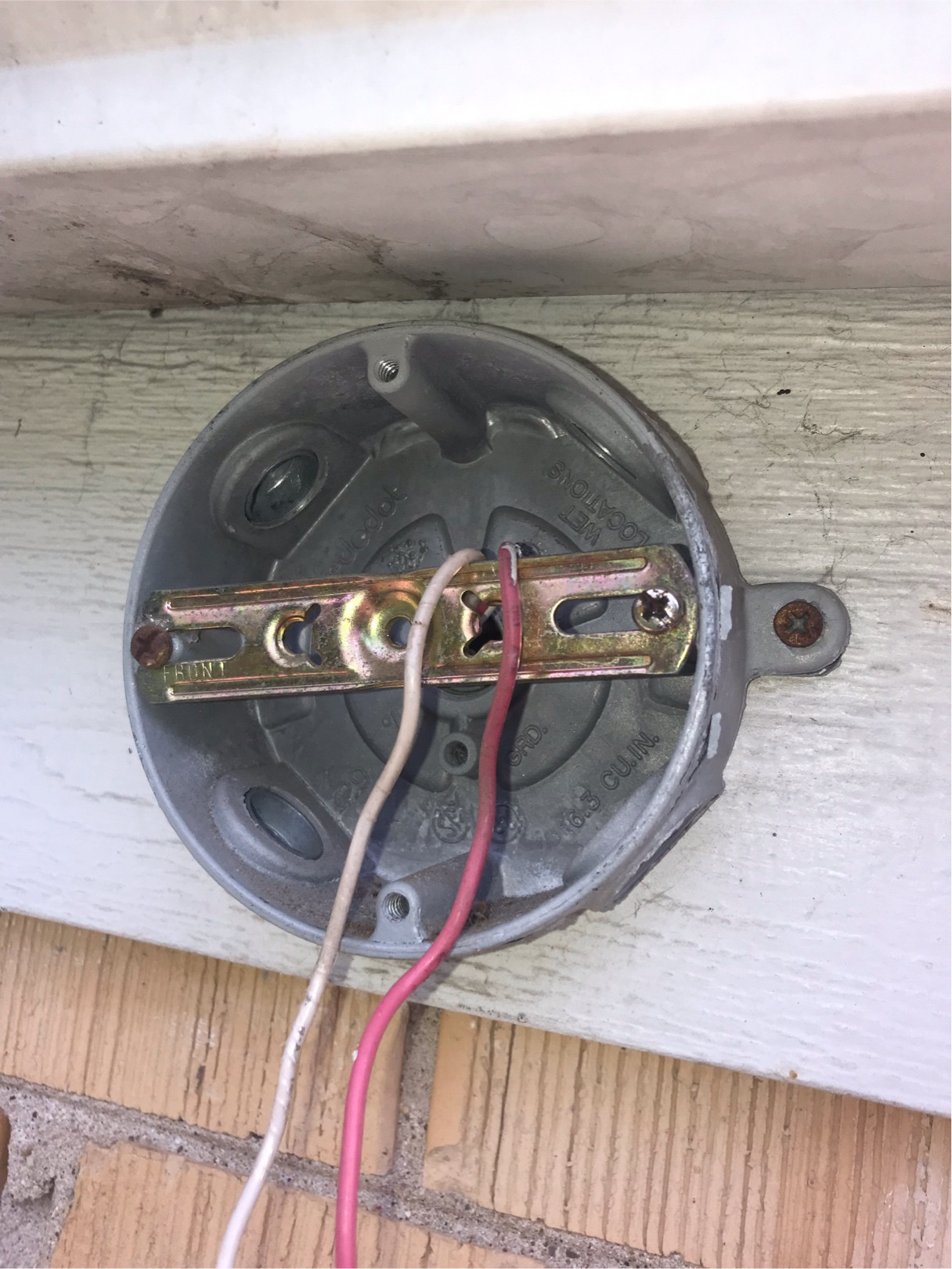 What you show in pic 2 is the fixture. Looks like black and white are wired to the outlet box. (Red is the switched feed from detector to lights).

If there is a bare copper wire in your junction box, it should be connected to the green wired terminal.

Please include a picture of the junction box in your question. Then we'll know for sure.

You could try it it will work or it won’t but it will not fry it.

I would pull a ground from one of the boxes that has it.

Pulling in a separate ground has been code compliant for a while now. The ground has to come from a circuit fed from the same panel or you could tie at your grounding electrode system if closer (not usually)

There are a few motion lights that require the ground if this is one of those it won’t work but it won’t fry it so try it and you might want to pull a ground even if it works just to be safe.

Updated for additional photos that were added. The ground may be from the conduit ? (if metallic) in that case the screw that shows the ground symbol would be a proper ground. The motion sensor output is red tie the red to the black of the new fixture and white to white. the concern with the new fixture getting fried is even lower as the existing fixture is controlling the motion sensor, as long as the maximum wattage for the motion light is not exceeded it should not be a problem. The only issue that may still come up is the new fixture may not work on the output of the motion sensor but again it won’t fry it as long as the maximum wattage is not exceeded. Electronic lights like CFL & LED’s may not work if the motion sensor is a simple SCR or silicon controlled rectifier / electronic switch that only turns on 1/2 of the sine wave. TRIAC’s or relay driven controls will normally work as they pass the entire waveform when turned on.