I want to make the lights dimmable. If I were to replace the on/off light switch inside the house with a dimmer switch I think that this would. However, I'm also assuming that if the lights were dimmed to half power on that dimmer that the equivalent would happen to the power going to the fans (all come off same switch).

Before I try this, what do I look forward to experiencing? Am I just going to see a slower fan when the lights are dimmed? (I can live with that because the fans have 3 speed settings and high is way too fast to ever be used.) Or are there other consequences? And finally, is there a different solution to achieving dimmable lights on a light/fan combo? 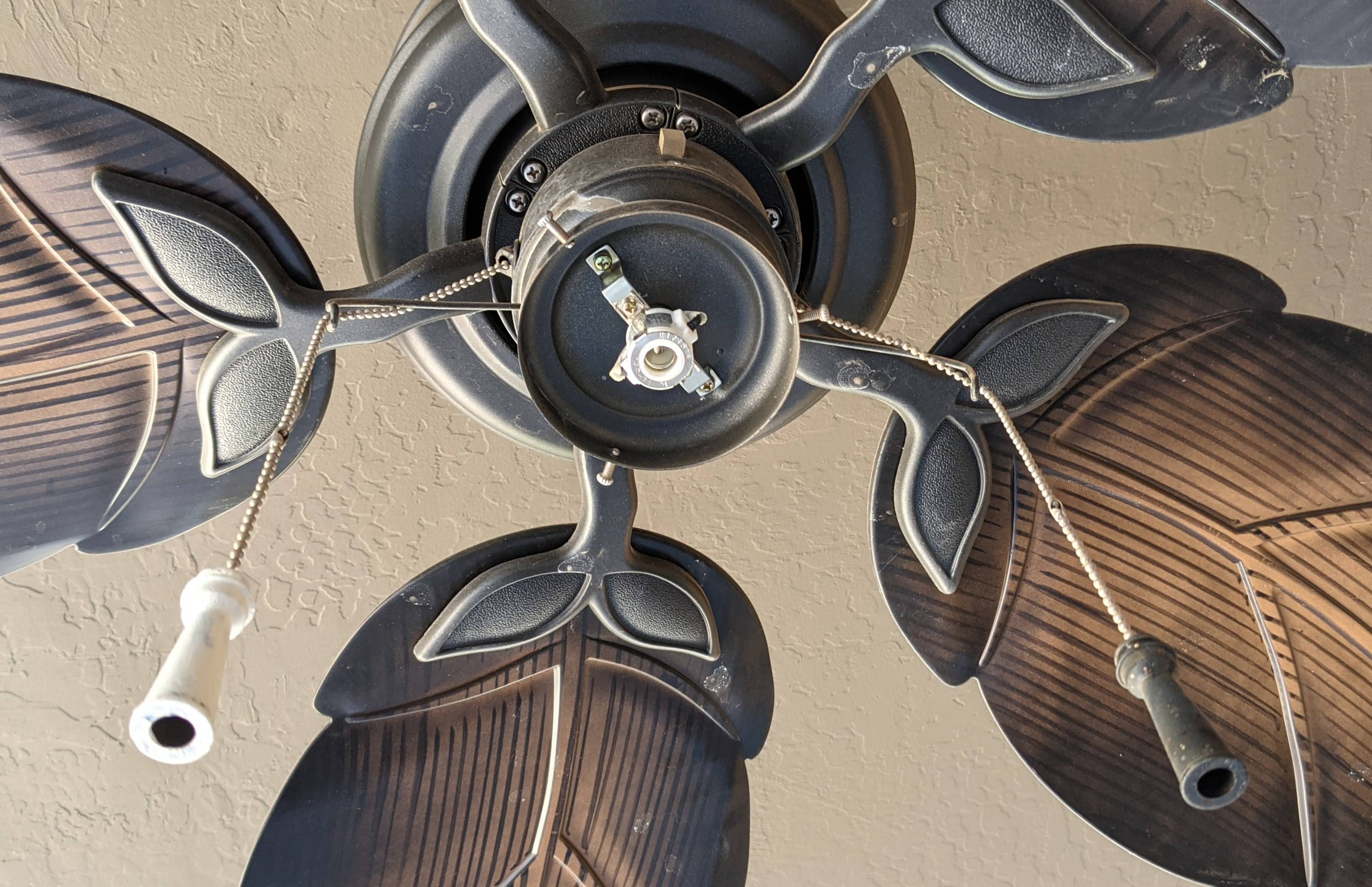 electrical dimmer-switch
Share
Improve this question
asked May 19, 2021 at 15:35

A "regular" dimmer, when used on a fan, will slow the fan to whatever setting is selected. This is awesome except for the fact that most settings will set up a very unpleasant harmonic thrumming sound. That's why a "fan speed controller" will have 3 distinct settings on it that match precisely with the 3 distinct settings you get by pulling the fan control chain on the fan itself.

You can do this, but you probably won't be happy with the results.

Instead, what you'll probably need to do is find a remote control dimmer that can be installed in the light housing and will control the dimming from the remote. You would want to find a system where either

You would install the receivers in each fan, then use the one remote to control them all. You'd still have master control by flipping the switch on the wall to turn them all off/on (to the last brightness setting selected by the remote, assuming it has a "memory" function).

Fans are motors. They are not light bulbs.

"Dimmers" as you know them (i.e. triac dimmers intended for residential light dimming) do not reduce voltage, nor do they change frequency and phase the way a variable frequency drive does. They actually hack up the AC waveform to something really weird. This makes the dimmer cheap, and works fine with incandescents (LEDs have learned to adapt)... but Motors do not like this.

As such, it can cause the motor to overheat and catch fire.
As such, it is a code violation to put a dimmer on a fan.

Your best bet here is to identify a "smart bulb" (think Philips Hue) which is able to pair with/be wirelessly controlled by a standalone "smart switch". Rewire the switch so it is bypassed: the fan/light is always-hot and is controlled by the pull-chains only. Then, install the "smart switch" in that box, so it taps hot and neutral. For the light pull-chain on the fan, coil it up and out of the way. It must not be used.

Do not abandon the room switch and use a phone or Siri or Alexa to control the fan. Code requires a room MUST have a light controlled by a physical switch in the usual location. That is so first responders can get the light on to do their job.

Another "just in case" if use an LED or CCFL with a dimmer would be worse than the harmonics with the fan ... there ARE LEDs designed to work with dimmers, but they cost more. Of course, if it's a filament it'll be fine regardless.

Not the answer you're looking for? Browse other questions tagged electrical dimmer-switch or ask your own question.

4
Dimmer switch not turning on light until at 50%?
1
3 way dimmer on 4 way circuit
2
Replacing standard light switch with dimmer
0
Can my LED fan light that's hardwired to a dimmer switch also be controlled, ON/OFF, by the remote it came with?
1
Newly installed dimmer switch doesn't power off
2
Lutron Fan/Light Dimmer switch Install