I’m building steps from my house to the garden, where previously there was decking. I’ve already poured concrete for the steps base, leaving underneath a layer of MOT sub base which I compacted. Plan was to use Class B Red engineering brick 2 layers per step and put a concrete paving slab on top, 2 steps total. For filling up the the hollow area I bought Aerated blocks and was going to fill the gaps with more hardcore and concrete - I do not have a concrete mixer, only a drill with an attachment so this made sense and would save me a ton of work.

A friend of mine was visiting and saw this and pointed errors to what I was doing:

Removing the concrete base is not an option now, so I want to ask if what he's saying has any merit - should I put some insulation between my construction and the house wall? Or should I insulate the bricks from the concrete base? And what about the Aerated blocks, should I replace them for something else?

Including rough top-view and front-view sketch of what I'm doing, which was used to help me estimate how many bricks I'd use 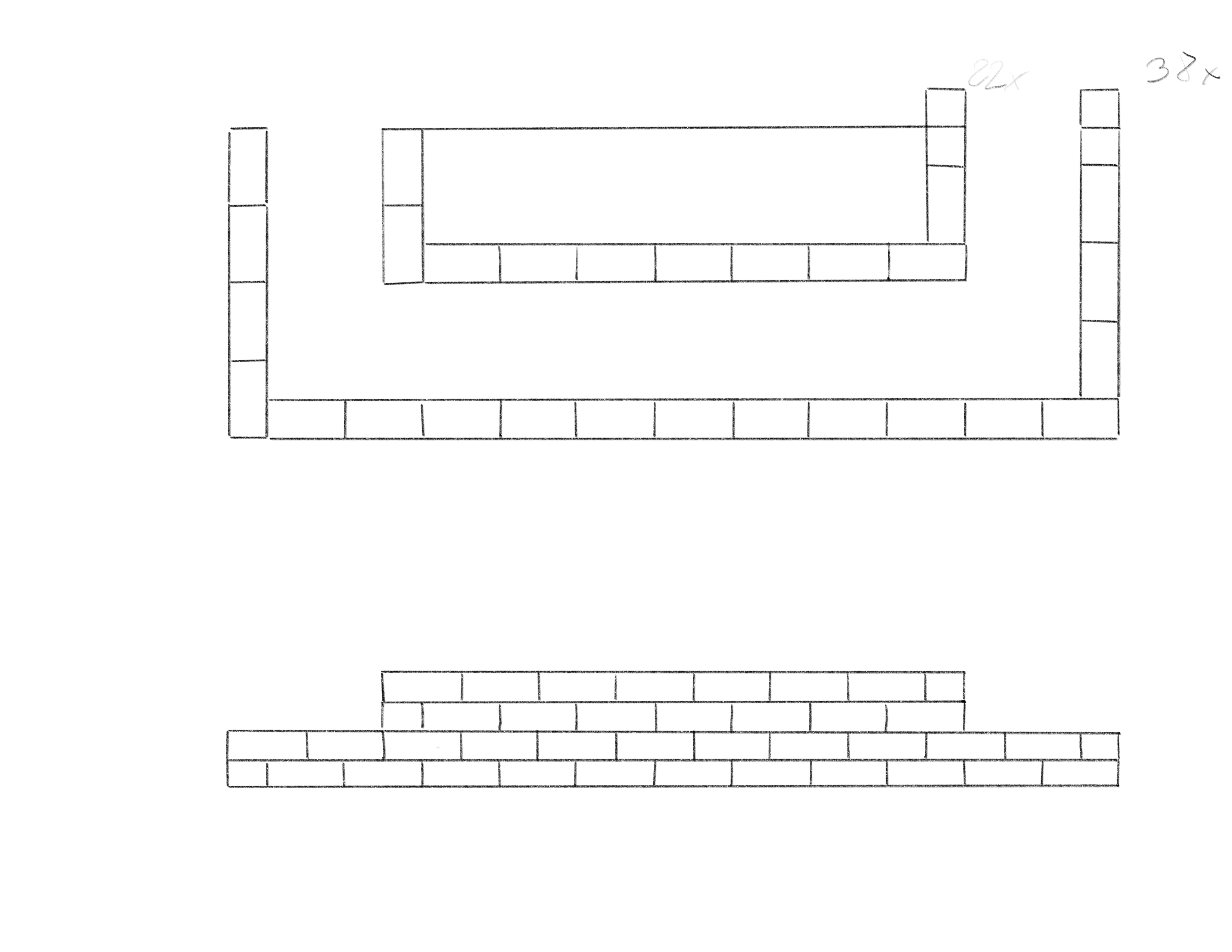 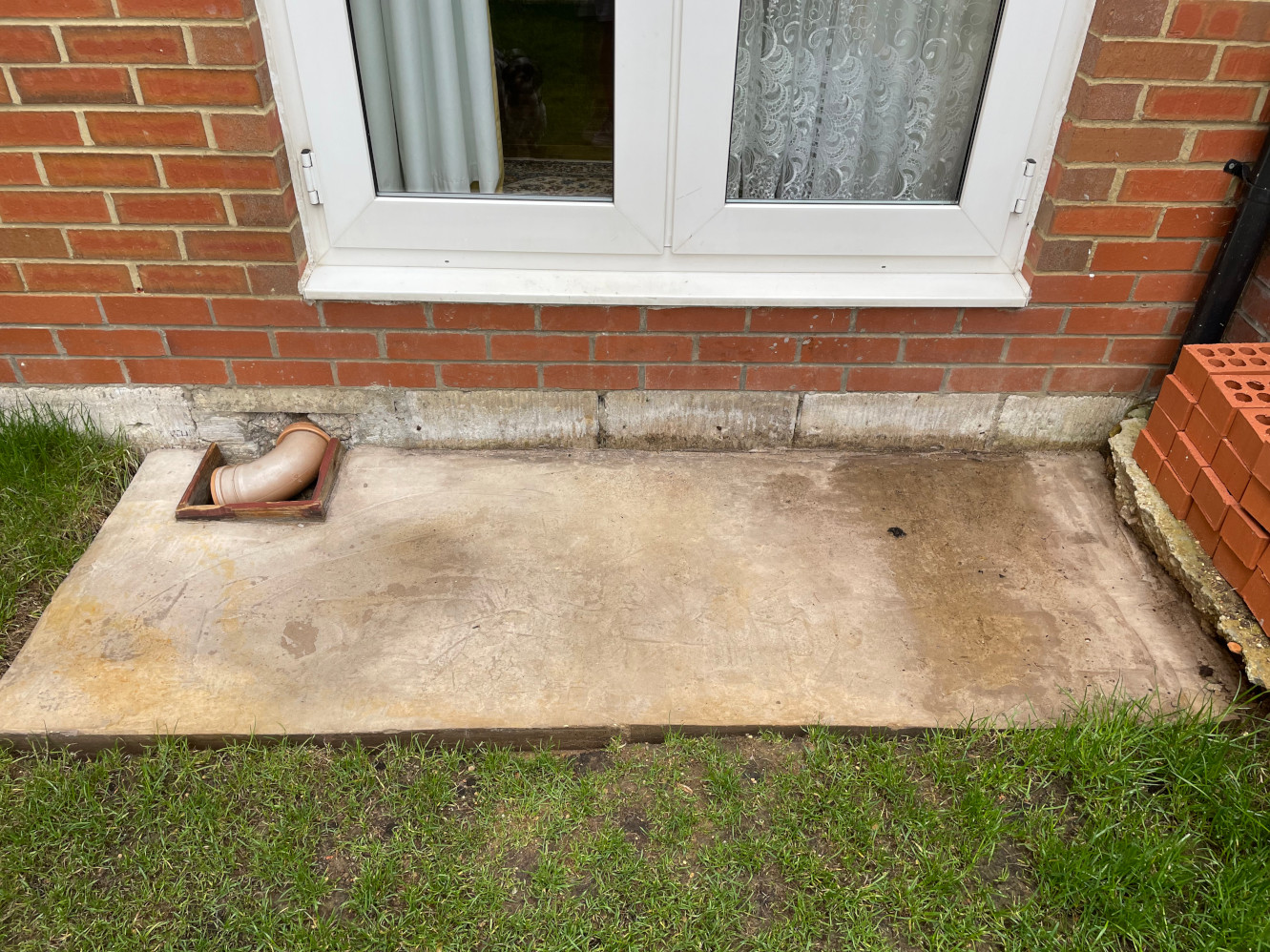 If the base for your stairs are not at the same level in ground as your foundation for your house, your stairs could or will be subject to frost heave. For that reason a thin layer (1/2") of insulation between the house and steps will act as a slip sheet so when one moves slightly, one will not affect the other. If there is any concern of wicking it will remedy that as well.

As a mention, all masonry products soak up moisture, some less than others, but all do. Any masonry that is exposed to the weather is supposed to be rated to withstand this exposure and any wood in contact with the masonry, is to be pressure treated, at least in modern times. If it is an older home, it may not have pressure treated material and hopefully other means were used at the time to provide separation between the wood and masonry, whether it be a type of metal or even tar paper...

I guess this is what you are intended to do. The suggestions indicated in the photo shall be adequate to prevent problems due to collecting water and moisture. Note the 12" x 12" trench is purposed for the free draining of water captured below the concrete pad. It should be filled with 6"-8" gravel and sandy materials, then overtopped by topsoil and grass. It means minimizing the potential of frost heave along the edges of the concrete pad.

The concrete pad to wall joint shall be sealed with a flexible sealant. 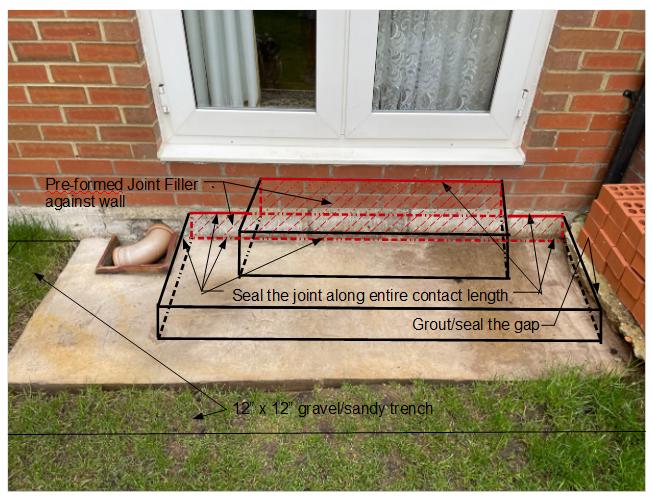 4
What is the best mix for cement render?
2
How to fix broken brick staircase?
4
How do I form and pour long concrete steps for an exterior staircase?
0
Filling large hole in concrete floating floor
2
What critter (insect?) removes sand from between paving bricks?
0
Safety concern building a fire pit out of reclaimed bricks
2
How to anchor brick vertically to concrete slab