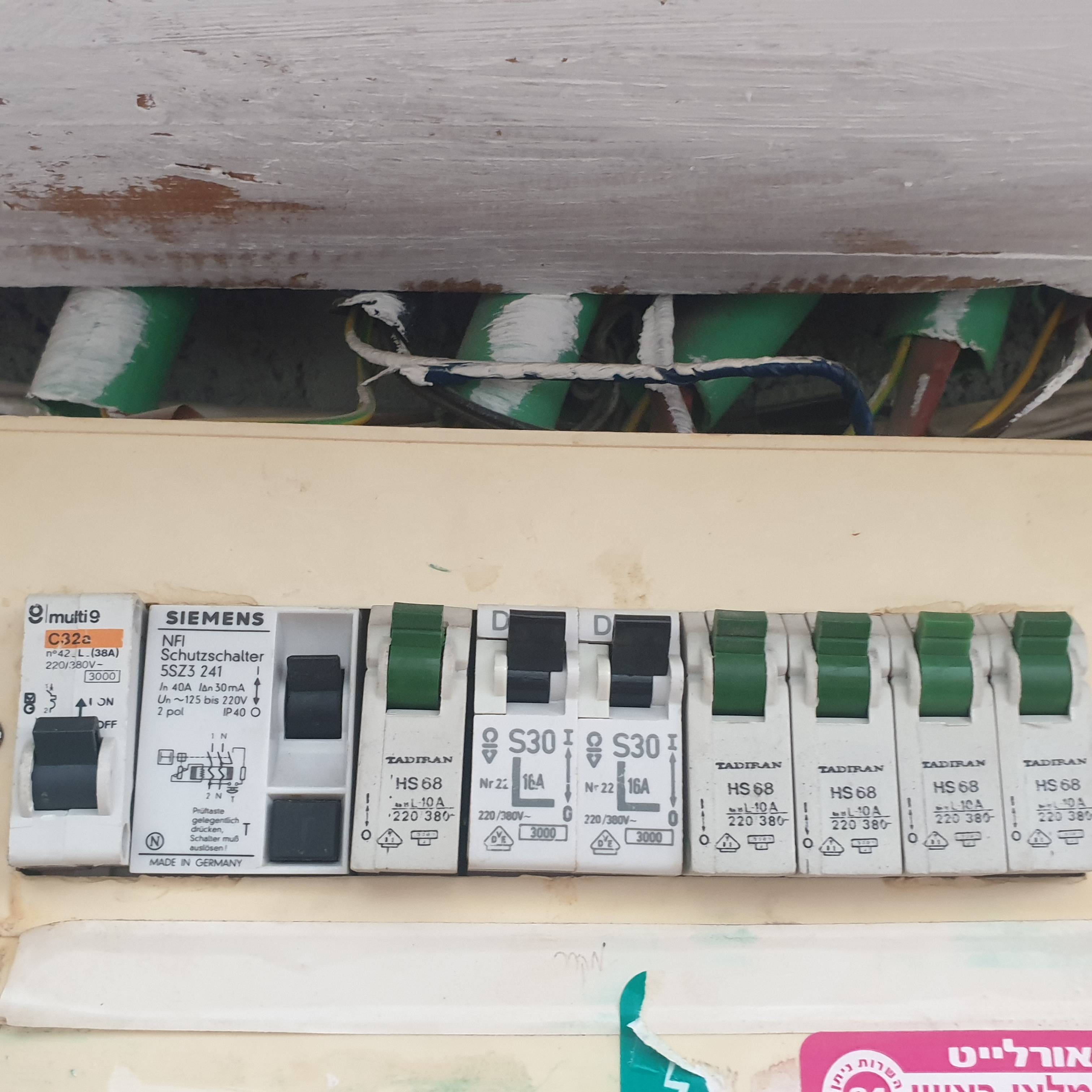 Your service panel is in Israel and it is 220/230 volts AC, which is the standard power there.
120V is not available in Israel.

This type of outlet you linked is called a NEMA 5-20. It cannot be used with 230V. There is another type made for that -- use that.

Let's solve your problem, though

I understand you brought a bunch of computer gear from North America or Japan that has NEMA 5-15 plugs, and you want to plug that in, in Israel. That is a reasonable problem to attack, but you're going about it the wrong way because all due respect, you don't know anything about electricity.

I bet right now you're using hokey cheapo Chinese-made adapters, and they're not working properly, and you're getting frustrated, and now you just want to throw money at the problem i.e. a $250 fake socket. Okay, let's throw the right money.

The PC and monitor

Read the labeling on your PC, but most likely it will be perfectly happy running on 120V or 230V. Your monitor may be the same. These can actually run directly on Israel power, so there's no need for weird games with sockets.

"But they won't plug in!" That's true. If the power supply says that it works on a range of voltage including 120V and 230V, you can simply cut the plug off the end of the cord, and fit a standard Israeli 3-prong, what the travel industry calls a "Type H" and Israel calls an IS1-16. (should be sold at local home stores). 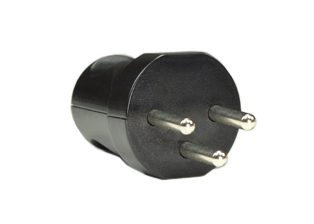 You may find that's difficult to find because it's such an unusual standard. In that case, feel free to go with a common Europlug or Schuko which is grounded, but you will need to also install those sockets in the wall also, which may be a Code violation, and in any case will require compatible junction boxes in the wall (or surface mounted) so the fitment is proper.

If you just have to go American style, use the right one

America/Japan has a socket specifically made for 230V -- it is called NEMA 6-15. It is compatible with the power you have there. However, 6-15's will not fit in standard Israeli junction boxes, and you can't just ignore this detail - you can't go "oh hey, the holes won't line up, I'll just leave it flopping around in the box because I don't know what else to do". No way. So you'll need to import some North American junction boxes and hardware as well.

Do not use 14 AWG wire in Israel (unless that's the standard wire they specify in their electrical codes, which I doubt). Even if you're in America, do not use 14 AWG with 20A receptacles lol (this is you knowing just enough to be dangerous lol).

Your power is ungrounded, and you're using cheapo adapters. So you have lots of Big Stuff to fix before you could possibly benefit from unmeasurable increments of quality in sockets.

Sockets of that type should cost $3 for a quality, spec-grade outlet. Hospital-grade outlets aren't electrically better, and "bunk-ium plated" sockets aren't either. The $250 socket you linked is a complete fake. It's made to sell to "sucker" audiophiles who have more money than common sense. You're not even talking about audio equipment, so it deoesn't help you even if it wasn't all lies.

If you still don't believe it's a fraud, notice that it's a third party seller - this is "Amazon Marketplace", which is basically eBay - it's random people selling random crud, and having their stuff come up mixed into regular Amazon listings. It's turned Amazon into a minefield of junk. Here's the seller. 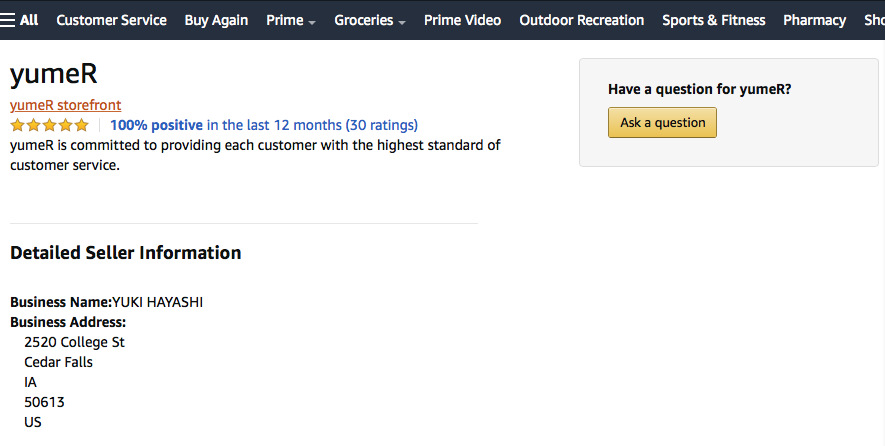 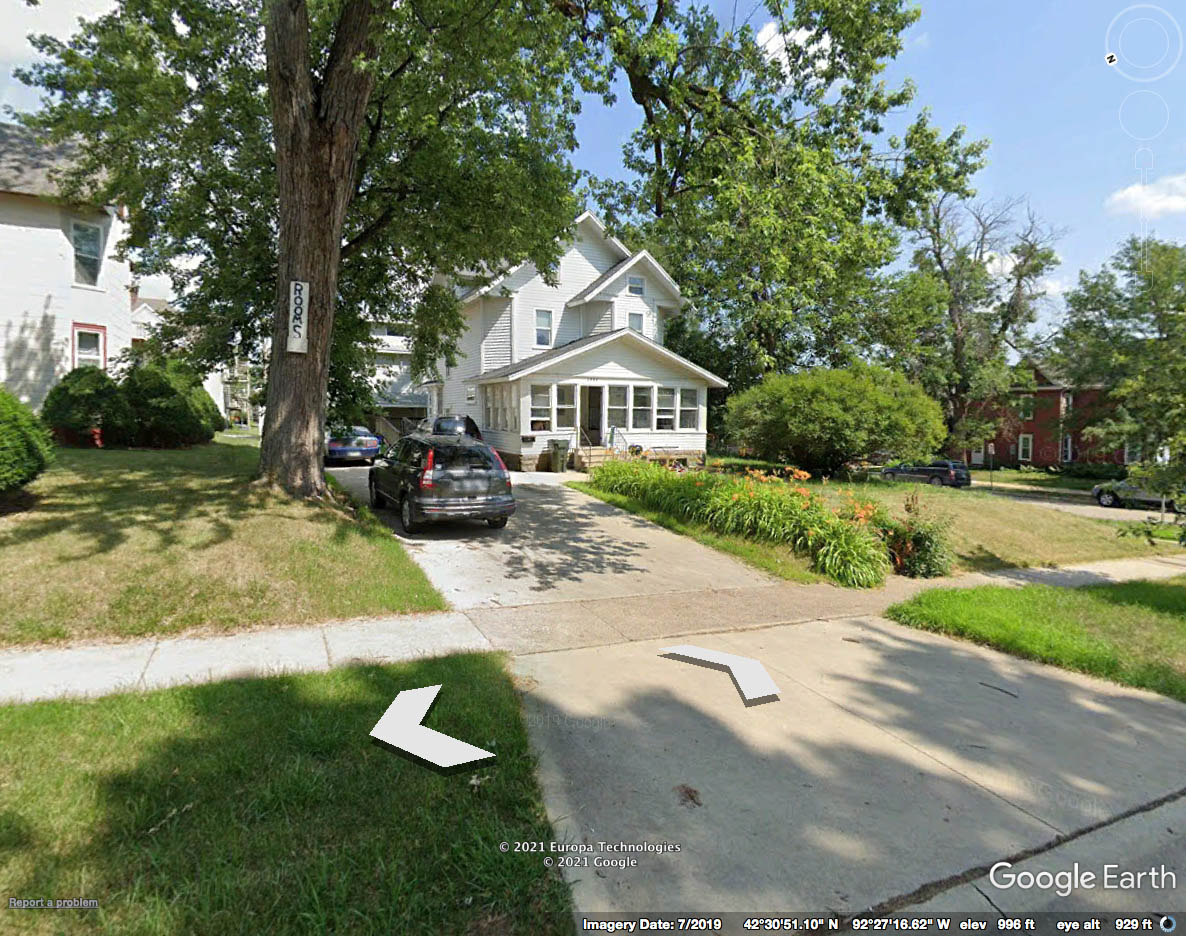 Note the "rooms" sign on the tree. It's a flop-house. To be more precise, it's "off campus" student housing, the kind where an old house is subdivided into as many "dorm rooms" as possible, with bathrooms and kitchen shared.

So at best, this is some college student's side hustle, bringing in common Japanese receptacles in luggage and fobbing them off as audiophile gold-plate, which "plays" because they look different. At worst, the student is a "figurehead" and behind the curtain is a Chinese company selling junk. We see that a lot.

In the US 14awg cables are limited to 15 amp circuits so putting a 20 amp receptacle on this would violate the NFPA /NEC code. So we can start with the first reason not to do this.

also the receptacle configuration prevents the wrong thing from being plugged in. it would be better to put the correct cord cap on the device you wish to power.

I would not do this as it would violate our code. If you have more liberal code allowances it may be possible but the safety factor will be gone.

There is a fair safety factor built in when you consider amps but a big difference in 240v used in your country and 240v used in the US there is no neutral on a US 240v both legs are hot and there is only 120v to ground (this is called split phase) so although the device will probably work fine the electrical safety precautions may not function properly and yet another reason not to do this.

Not the answer you're looking for? Browse other questions tagged 240v or ask your own question.