I recently noticed a leak coming from my dishwasher (Frigidaire FGID2466QF4A), which appeared to be coming from the heating element nut; it was pretty corroded and had split. I replaced that nut, but then found that the heating element itself was pushed through the dishwasher tub, so that water continues to leak through. If I push the element and gasket back up through the tub where they belong, it does seal properly, but eventually something bumps the element and knocks it through again, at which point I essentially just have a hole in the bottom of the dishwasher. 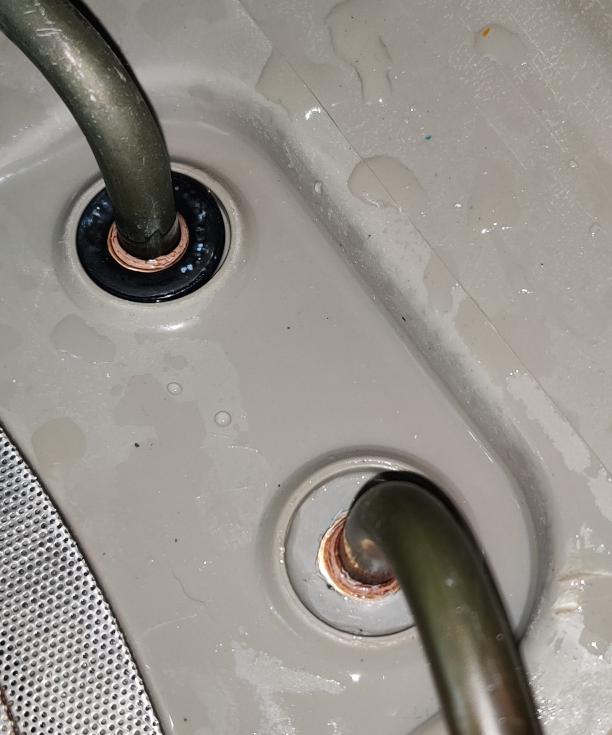 It looks like there is some damage around the hole that the element sits in - I'm guessing that it's just enough to let the element through. Would replacing the heating element help at all here - or would the tub itself need to be replaced? Thanks!

Browse other questions tagged dishwasher or ask your own question.