The builder of our house put two double load-bearing studs in the middle of the media room wall where we want to install an in-wall center channel speaker. Would installing a box frame with double 2x4's for the top and bottom plate to distribute the load as shown in the picture below compromise the short or long-term integrity of the load?

The orange box in the picture is where the speaker would go.

I wouldn't do the work myself, but before I reach out to any contractors, I wanted to get the folks' opinions on this forum.

If it's too much of a risk/hassle, I may opt for a different option for the speaker. Such as mounting it on the wall or a shelf.

UPDATE: Well I just found out the builder has already hung the sheetrock along with mudding and tapping it! They won't allow me to fur it our at few inches as K H pointed out below. Which I think would have been a good option.

Now I am back to the drawing board. So it's either cut the drywall or go through the attic to access the studs to put in re-enforced headers (a couple of 2x10's or 8's).

I've reached out to a residential structural engineer to get his opinion. I'm waiting to hear back. 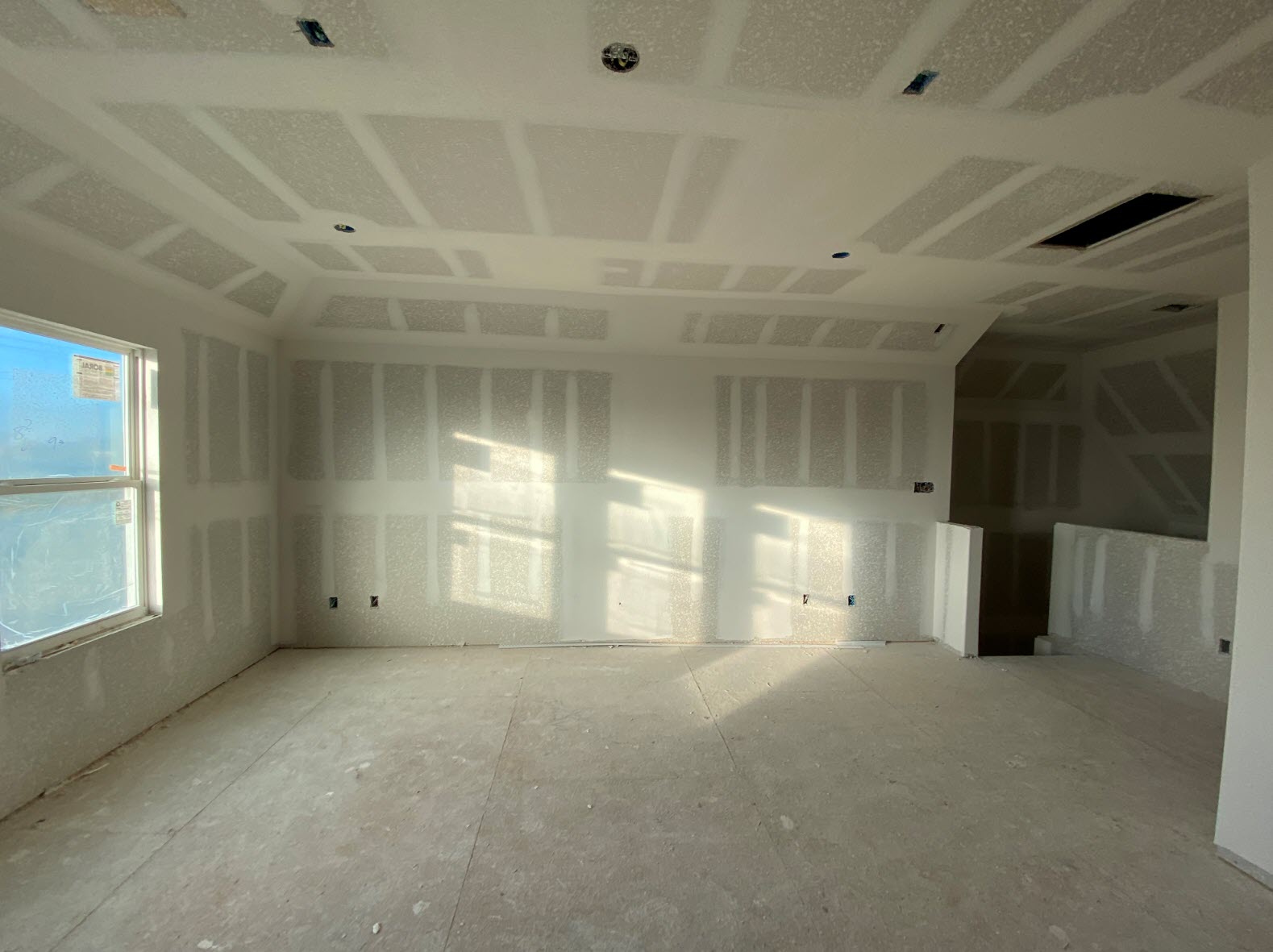 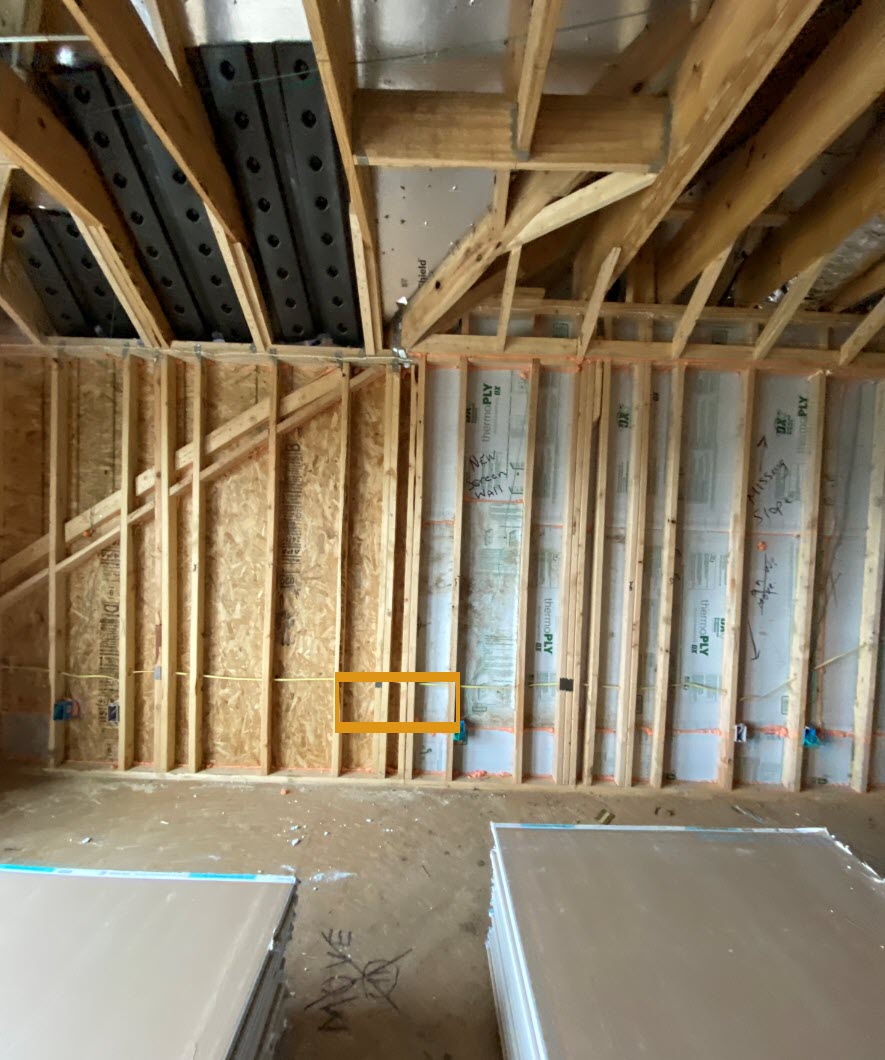 A header will need to added in that area. Perhaps for the short span, it needs a triple 2X4 on their edge will work for that, 2X6 would be best. This is assuming 2X6 wall. They can be directly above the speaker or even as high as the underside of the top plate if the angled blocking does not complicate anything. Some blocking will need to be added for the joint between the foam board and OSB.

I suggest shifting the speaker frame to the left to avoid interfering with the load-bearing studs. Double up and add horizontal studs to distribute the load to the studs as shown on the picture below. 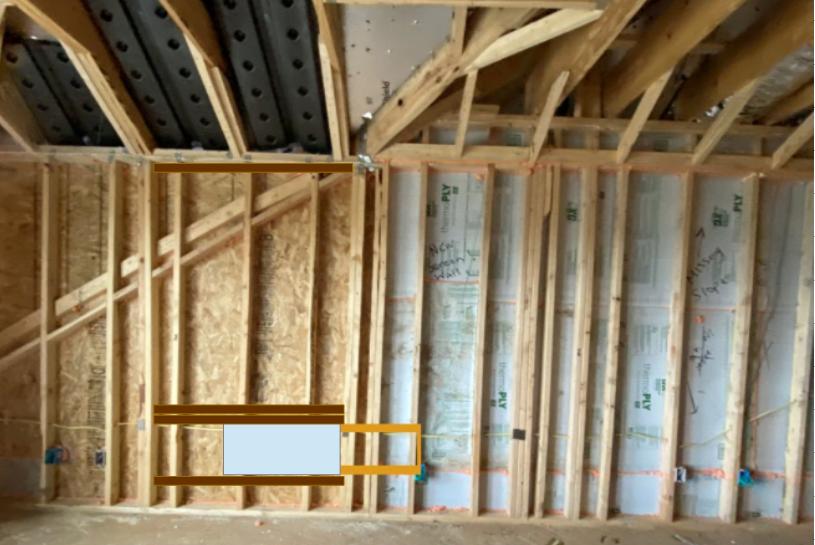 Not the answer you're looking for? Browse other questions tagged framing studs load-bearing remodeling or ask your own question.