How to get a "wide" shim instead of a long shim

So I have a long gap between a joist and floorboards on one half of 6 foot joist that I'd like to close.

My question is how can I get an extra wide shim? I've seen shims online but they all seem to be "long" rather than "wide". I'd like to get a shim across 3 feet of the joist with a bigger gap on the end vs the middle. Something like this "floor board" sliver that these Irish carpenters talk about seems ideal. https://www.youtube.com/watch?v=prvQRhagLjI 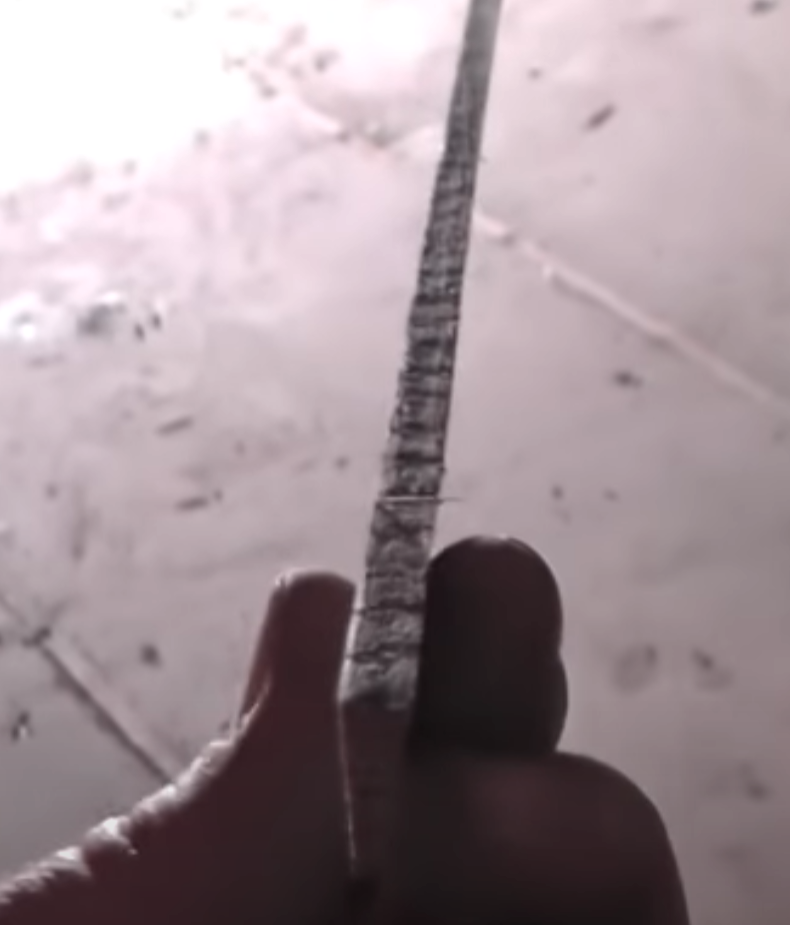 If I cut it myself, can I just chisel a piece of wood out and then sand one edge to a taper? I don't own any power tools or a table saw :( Just a chisel, sandpaper and a Japanese saw.

Given that a "standard wood shim" is a wood shingle that's too narrow to be a shingle - buy a pack of wooden shingles.

If you want more (with the grain the other way) buy a clapboard or two.

Or simply use a bunch of normal shims next to each other.

Larger shims I usually just cut to fit from plywood. The layers in the plywood allow you to change the depth pretty easy by chiseling and just lifting the layer up until you want it to end.

This strikes me as an XY question. Why not just slap a 6-foot scrap of lumber on the side of the joist, tight against the floor? No whittling necessary.

I've seen videos for jigs for cutting shims on a table saw. I'm sure you could find one that you like and use it to cut shims out of a wider board. Most 10" table saws have a depth of cut of about 3.25 - 3.5", so that should be 2 to 3 times as wide as store bought shims.

You might also be able to adapt the jig for use on a band saw. That would allow you to make shims up to the max cutting depth of the band saw, maybe 10-12". Some have an even deeper cut capability.

Not the answer you're looking for? Browse other questions tagged hardwood-floor carpentry shimming shim or ask your own question.

3
How can I fix/replace this cracked step?
10
How to make a long straight cut in a board at an angle?
0
How do you shim the frame of a sliding patio door from one side only (from outside)
2
Can I install wide-plank solid hardwood over radiant floor heat?
0
How can I get eave rafters cut flush?
1
Had to shim my double top plate -- how should I secure the trusses?
3
Pulling treads and risers back into position in a housed / closed stringer staircase