How can I prevent bugs from entering my apartment through air vents?

A massive cicada just crawled through one of the air vents in my apartment. I vacuumed it up and then taped Glad ClingWrap over the vent as shown below. The tape is painter's tape. 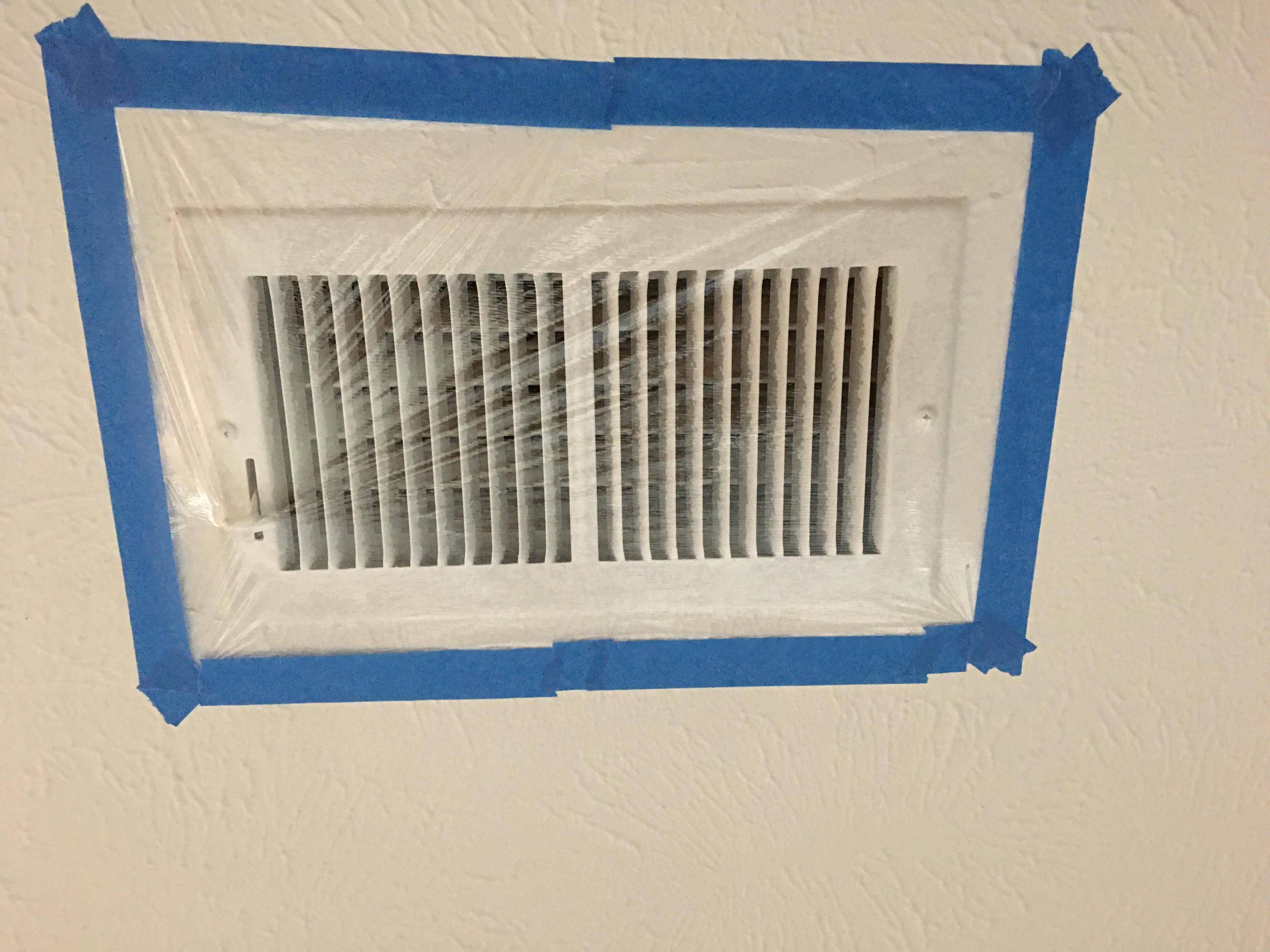 I covered the other air vents in my apartment in the same way. Is there a better way to keep bugs from entering my apartment through the air vents? Would it be unsafe or cause damage to keep the ClingWrap on the vents?

You're barking up the wrong tree

First, as pointed out, cicadas, while numerous at the moment, are quite utterly harmless. However, if you keep getting them in your apartment, it's not the fault of your HVAC system (unless they're getting in through a dedicated outside air grille, which is somewhat unlikely given the vintage of your building). Instead, what you're dealing with is the fact bugs can squeeze in through small gaps and holes in the envelope/sheathing of the building left by the way frame or frame/veneer construction works. These holes are often found around penetrations for electrical cables, hose bibbs, and AC lines, or at joints between different types of framing components, such as between the foundation and the wall bottom plate. The ceiling drywall on the topmost level is also a common place for air leakage to happen, as there's no sheathing above it to back it up before you get to the "outside", aka your attic.

So, I'd take the clingwrap off before you kill your HVAC system with it due to the fan building up pressure, and if you get a bug parade, tell your landlord they should look into improving the air-sealing of the building as a whole. The good news is that air-sealing doesn't just help with bugs, it reduces heating, cooling, and humidity loads as it plugs holes where uncontrolled outside air can infiltrate into the building.

Not the answer you're looking for? Browse other questions tagged vent pest-control or ask your own question.

13
How can I prevent mice from entering my house?
7
How can I get rid of gnats and other flies all over my house?
6
Will combining roof venting systems cause short cycling?
2
Covering roof vents to keep out roof rats
3
How should I route my dryer exhaust pipe?
0
Should I block or insulate my air vents for the winter?
0
Air admittance valves on waste pipe with extraction
2
Are insulation baffles necessary if the side attic has roof vents?
0
Hot Garage - Do Garage Door Vents Work?