At the ceiling box where the ceiling fan/light there is: White Wire Black Wire Red Wire Ground Wire

I am installing a single light fixture that has Black, White, and Ground Wire.

How do I re-wire at the switches? What do I need to do to run the new light fixture off of one of the wall switches? How do I properly/safely "Cap-Off" the switch not in use?

Also both of the wall switches the black plastic housings are both cracked pretty good. What types of switches are these so I can replace? Especially the one that will be actually in use. 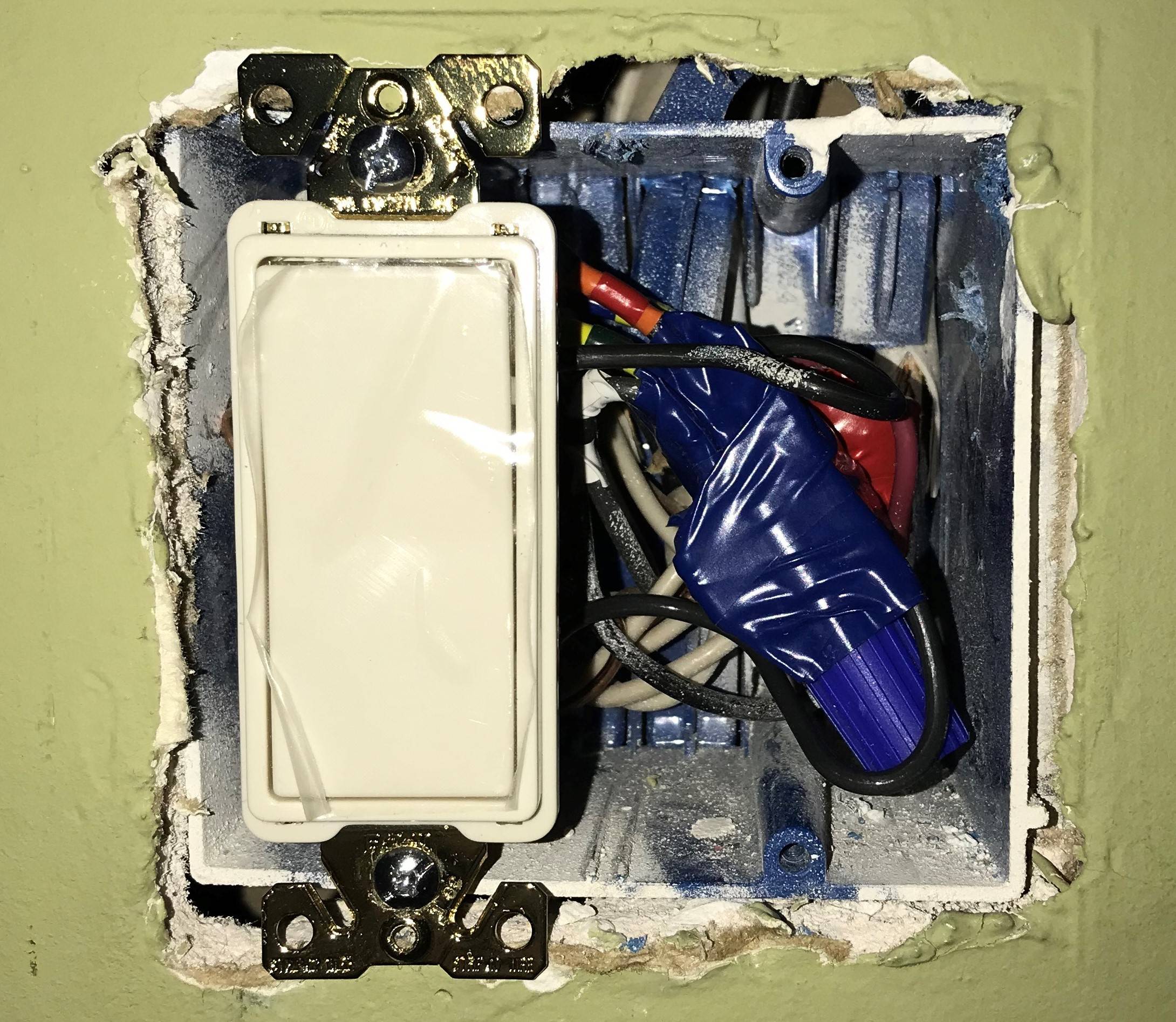 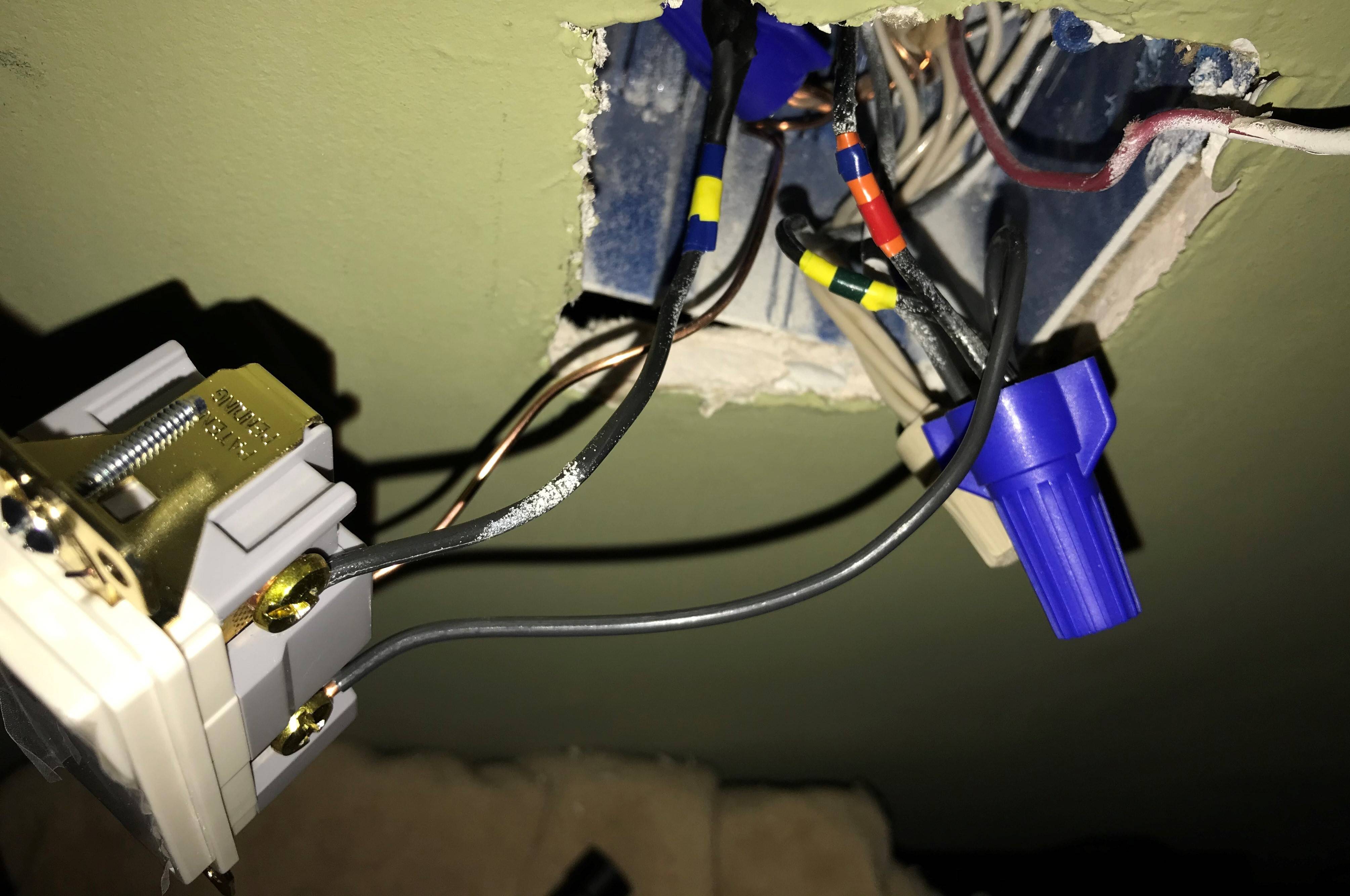 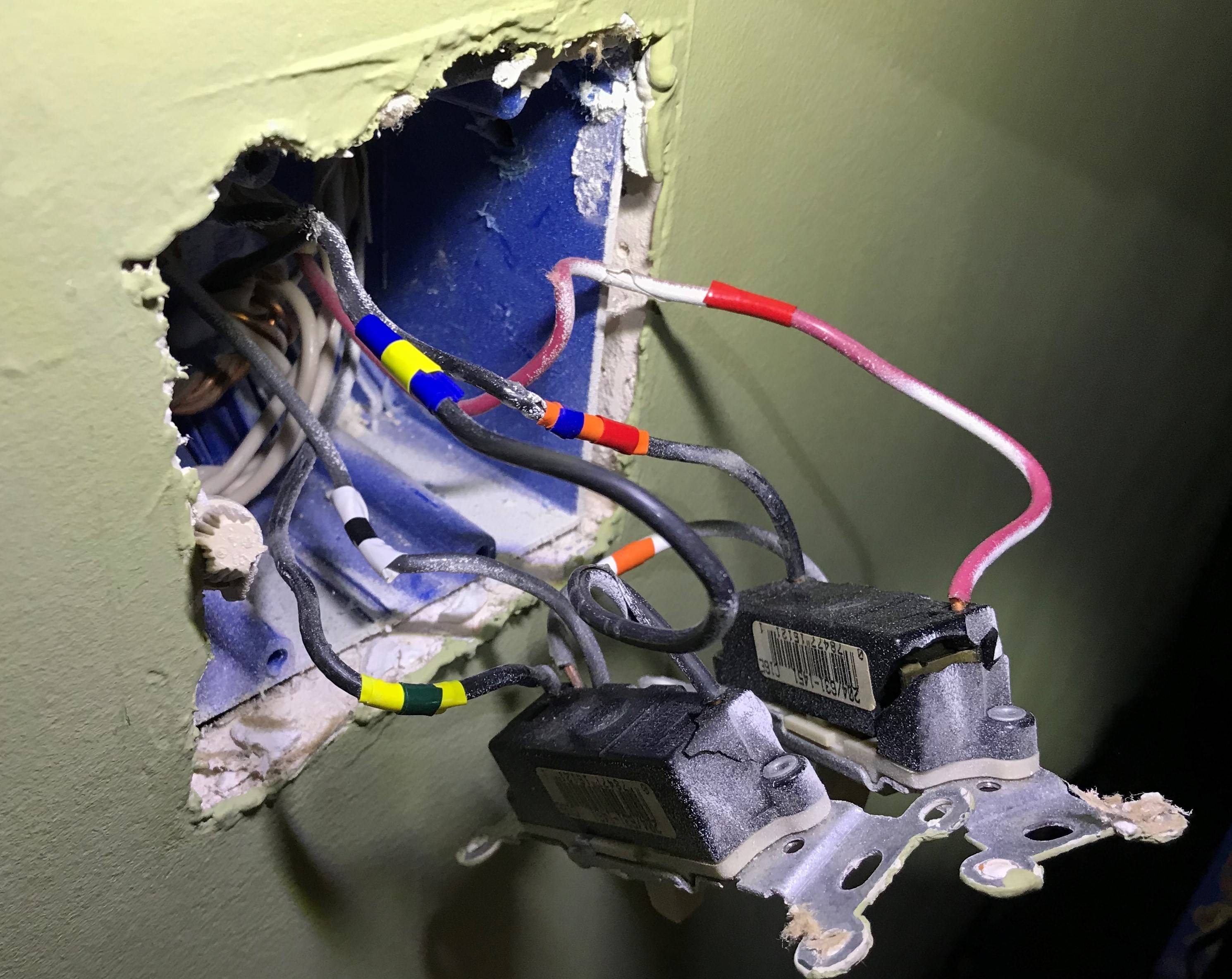 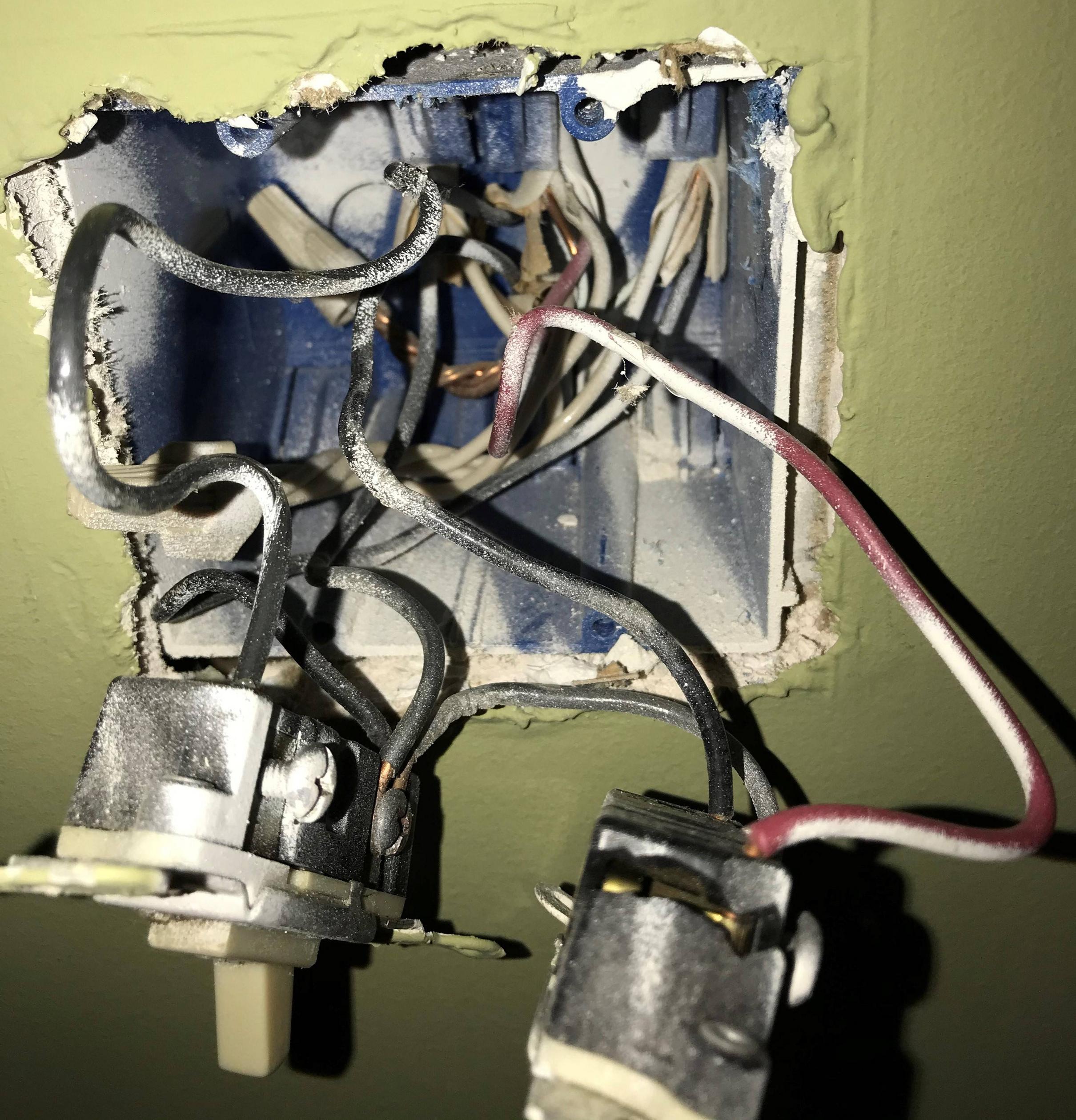 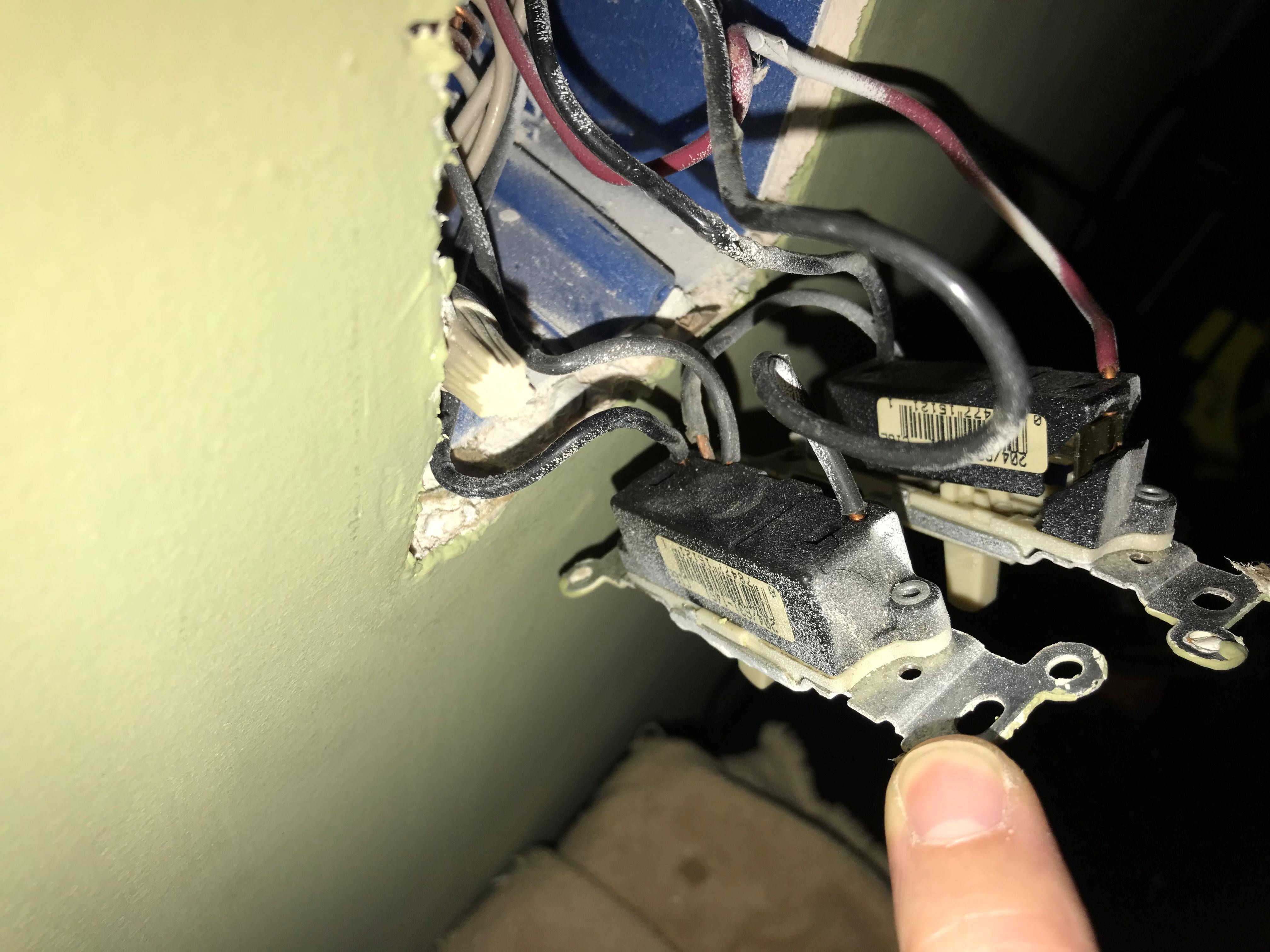 Now get a new single pole single throw, standard toggle switch since you stated both switches were cracked. Remove the black wire loop from the switch screw terminal and the wire from the backstab next to it. Pigtail them with a small piece of black wire and connect it to the new switch. Remove the other black wire from the backstab at the other end of the switch and bend a shepherd's hook on the stripped wire and screw it to the other terminal on the new switch. Ground the switch with a piece of #14 wire. Now mount the switch and get a cover similar to the one shown below.

To remove the backstab wires, shove a small screwdriver into the slot by the wires and put the wire out. 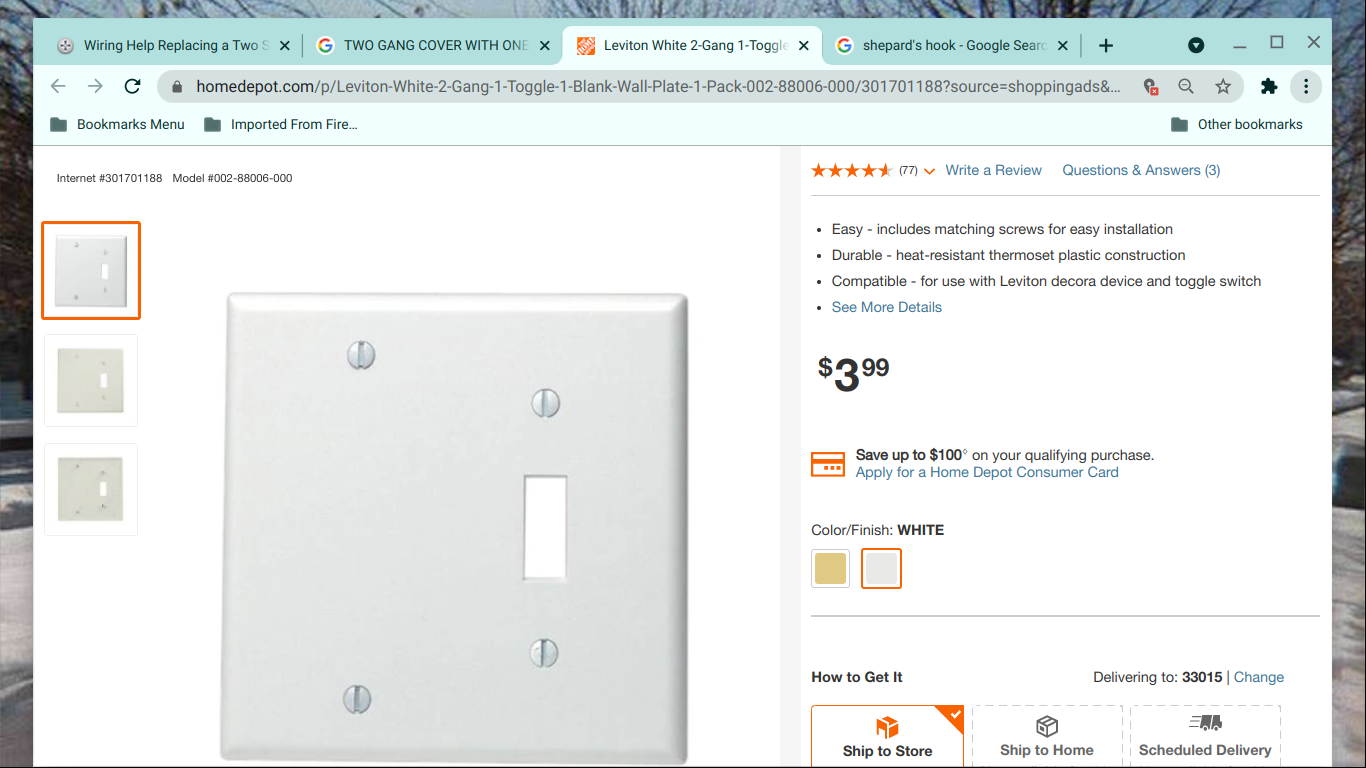 Not the answer you're looking for? Browse other questions tagged wiring ceiling light or ask your own question.