My kitchen light had an old tube light that was on the way out so I bought an LED replacement.

When coming to wire it in there were 3 grey cables in the ceiling with the 3 earth's and 3 red wires twisted together. Then the black wires were two into the neutral and one into the live.

I copied this over to the new light and it doesn't come on at all.

But if I use only two of the wires it comes on if any other light on the downstairs circuit is turned on but its own switch has no effect?

I tried swapping the wires around the other way but that means the light is just permanently on and the other downstairs lights don't work. So leads me to believe the 3rd one I'm not using is the switched wire but if that's one the live side it just trips it out, on the other side it does nothing 🤦

Any ideas where I've gone wrong as I took a picture of the old light wiring before I took it off and it and just copied it which hasn't been a problem for me in the past, I can understand if I got them mixed up but it doesn't even work with other combinations it either doesn't work at all or stays on permanently etc 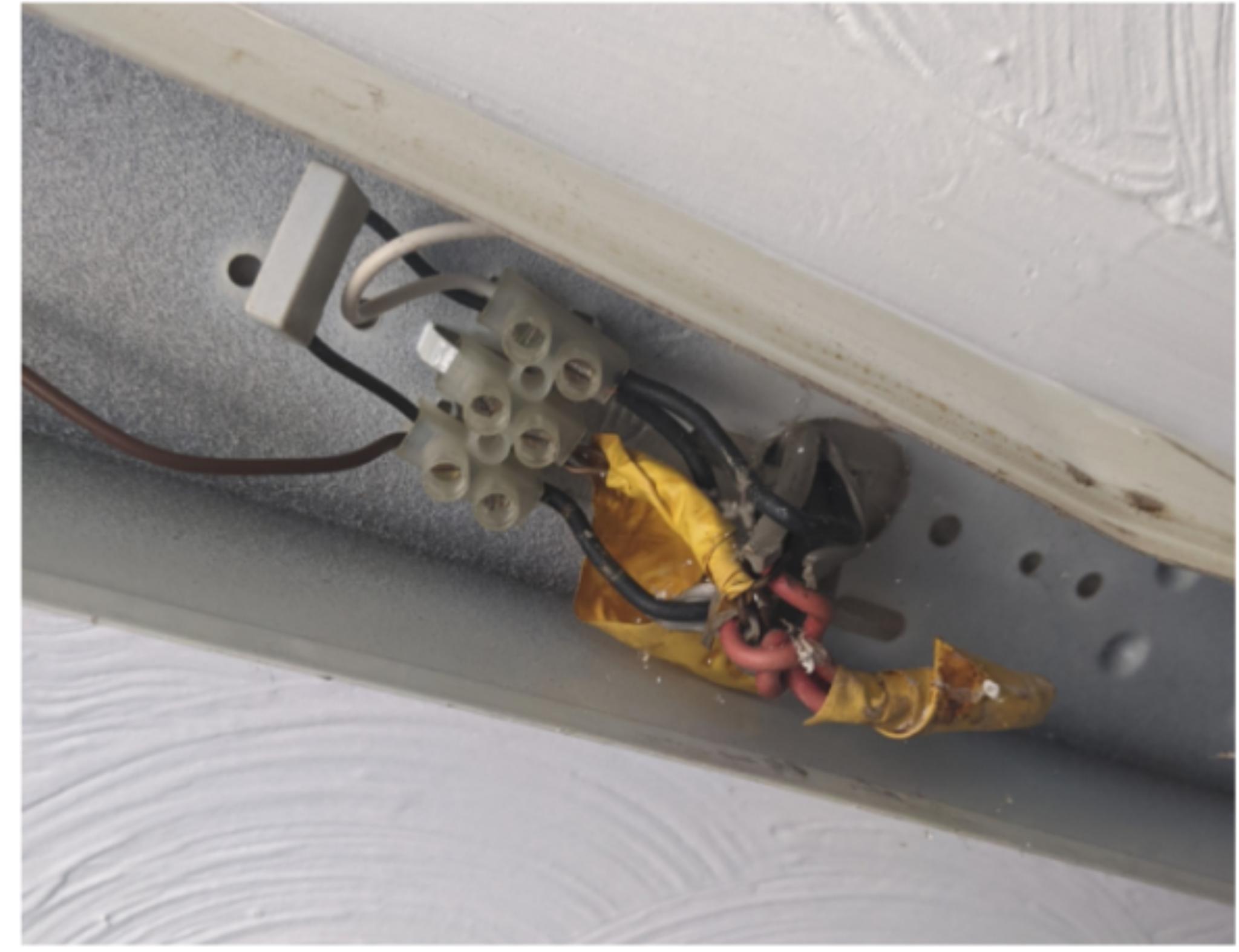 That's the old wiring, the new one Is just a block with live and neutral

The solution was that the wires were connected correctly but somehow the switch had stopped working during me changing the light fitting, I tested all the wires and the switched wires were showing continuity constantly despite the switch being off.

I tried the switch itself directly with no wires to check it was definitely the switch and it was, switch replaced and all worked fine.

When I first started I thought it seems like the switch wasn't working but I ruled that out in my head as it worked fine with the old light so not exactly sure what the reason for it failing was or just coincidence, but it was a cheap fix in the end.

I assume you're in the UK. It sounds as though you have some experience working on lighting circuits but for anyone else reading this make sure you turn off the relevant lighting circuit before working on the wiring. If you're not sure which one that is turn off the main switch in your fuse box. (This will of course turn off all electricity in your house.) Check the wires are dead before touching them e.g. with a voltage detector, light-up electrical screwdriver or multimeter.

The black wire that went to the live terminal on the old light is the switched live coming back from the light switch. It needs to go to the live terminal on the new light. It should be marked with a red sleeve. There are some fuzzy blobs on that wire in your picture. If you can see the matching marks on your wires you have found it. Mark it with a red sleeve or insulation tape and connect it up. If you can't find it do you have a multimeter?

The 3 bare earth wires need to remain connected. If the new light doesn't have an earth terminal you can salvage the 3 way chocolate block connector from the old light and put all 3 wires in the same connector way. (You can also easily buy new connector strips from DIY shops, usually 12 way. Just cut off as many ways as you need.)

2
Need help wiring switches with several wires
1
New Light Fixture with Old Wiring
0
How do I wire 2 switches to control a ceiling light?
1
How should my light be connected to this old wiring layout?
0
Wiring up a ceiling light with earth cable
5
What's wrong with this wiring?
2
Replacing standard light switch with dimmer
0
Changing old light fitting to new - wiring problem