My older deck doesn’t have a beam. Instead, the rim joist is attached to the 4x4 posts, most of which are notched and serve as both support for the rim joist and continue up as railing posts.

I noticed on one post, the rim joist ends on top of the post and abuts a second span of joist. It seems like there isn’t much of the joist actually sitting on the post and I was wondering what should be done to ensure the rim joist can’t pull away and fall off the post.

Both joists are currently nailed to the post and I just screwed two structural screws through the joists and post. 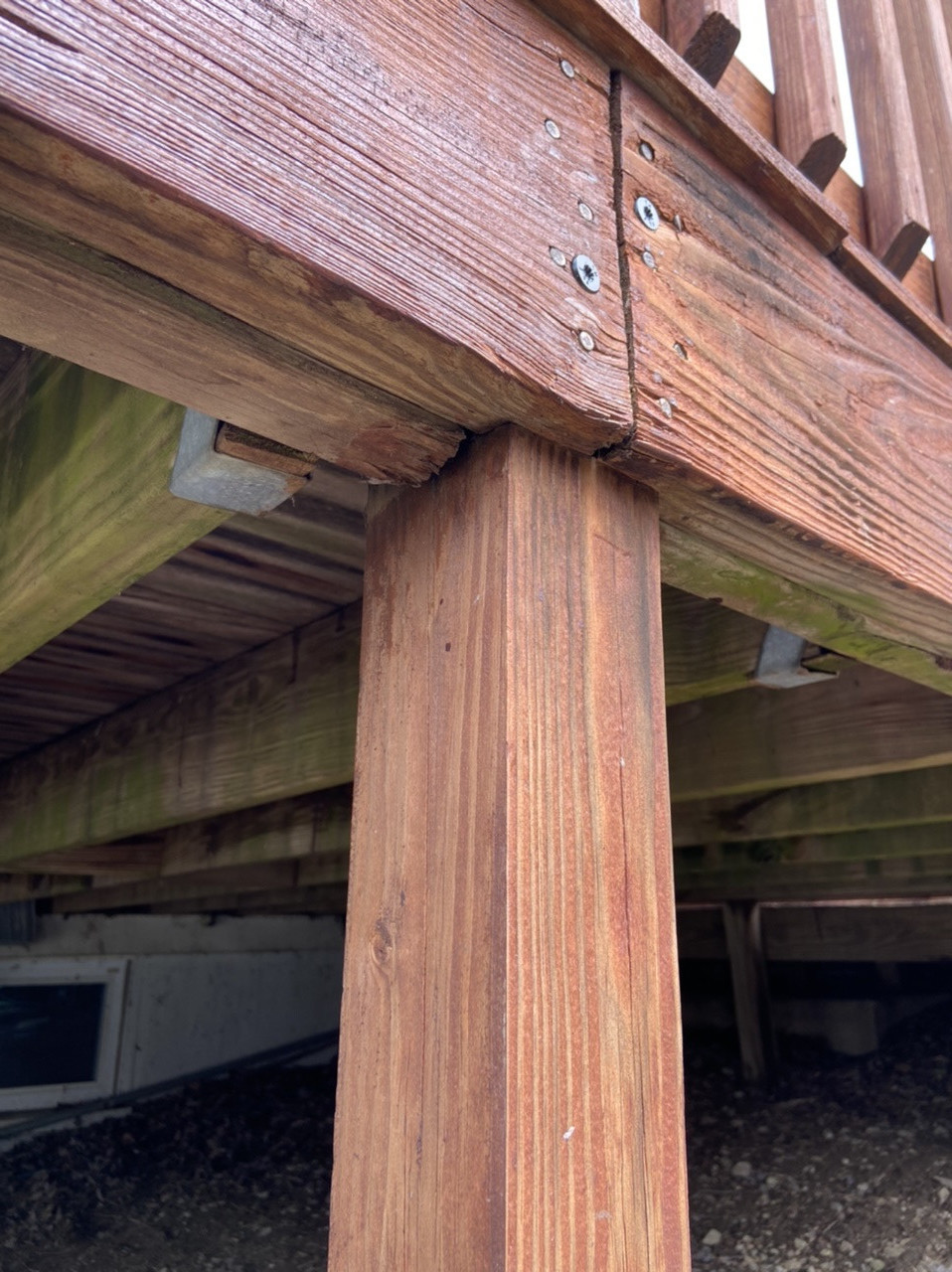 Browse other questions tagged deck safety joists support or ask your own question.

0
2x6 deck joists: salvageable or need replacing?
0
What is the recommended post cap or strapping for corner post under beam and rim joists?
3
Good way to fix a notched railing post?
1
Deck Continuous Rim Joist Connection
2
What's the proper way to add spacers between deck beam and joists
0
How much can I plane/cut off of a deck joist / rim joist