I moved into a house with some pretty nice blinds installed already, Hunter Douglas Duette (I think). The blind I'm looking at has 4 plastic brackets (these ones specifically) which are screwed directly into the top surface (horizontal, down-facing) of the window frame, using #6 x 1-1/2" screws (as shown on page 2 of the manual here). The screw on the right-most bracket is no longer securely threaded at all, it has stripped out whatever it is screwed into and is providing no support. I don't know enough about construction to know if it was screwed into a stud or not (I can find a stud in a wall, but this area is trickier). I know windows are framed in wood, but I'm guessing this particular screw wasn't hitting wood, because when screwed in all the way and pulled on (soft enough not to slip a thread), you can watch the entire painted surface flex like a balloon, which makes me think I'm pulling on plaster or something soft. Wood threads is hard to strip, and wood would not flex.

Here is an image of the entire blind (sorry for poor quality). You can see the right edge sagging as I have removed the bracket. The textured/painted surface available for screwing into is 3" deep. The holes for the 4 brackets are just under 3/4" back from the front edge (see the exposed hole below). 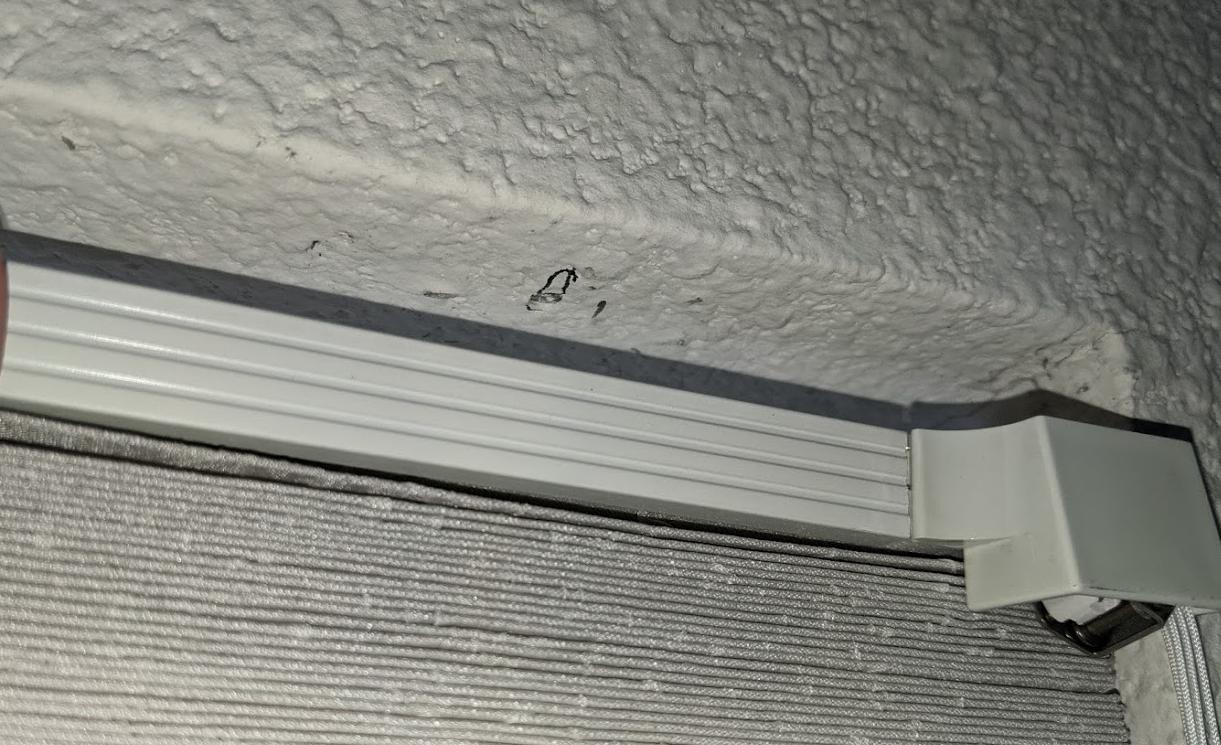 One more look at the top surface from below (behind the blind), though this doesn't really offer much information. 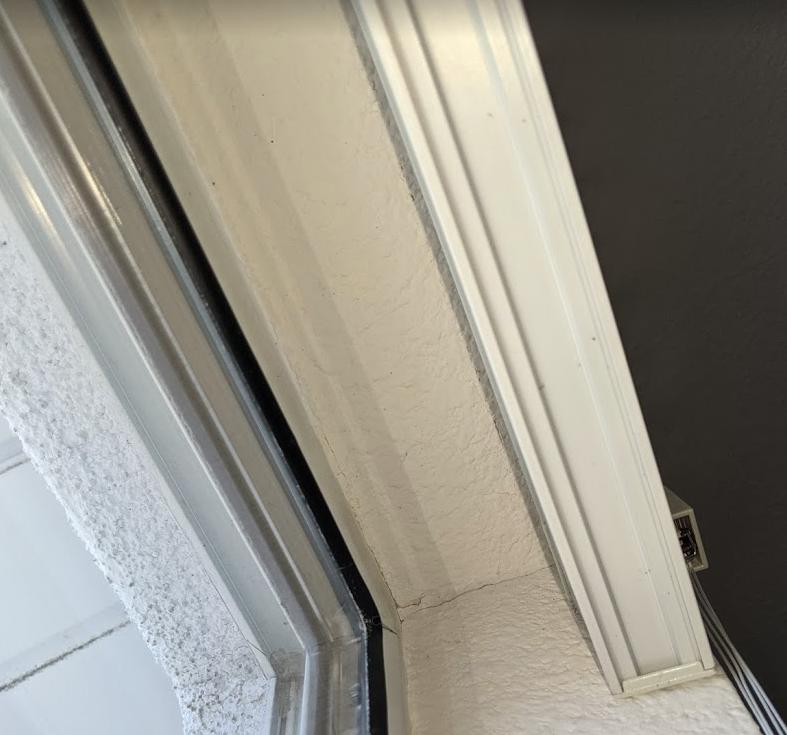 Since I suspect the screw was not reaching wood, I'm not sure what to do.

Open to ideas! I will probably start by trying the longer screw in the same hole, since I don't think that could make anything worse.

1
patching hole to be reused
0
Fitting a Velux blind to a modified window
1
2-3kg blinds into drywall/plasterboard
3
Is it okay for one curtain hanging bracket to be screwed into drywall with no anchors?
2
Articulated arm wall-mount (13lb. LCD monitor), 25 gauge metal stud, 3/4" drywall
1
Hanging faux wood blinds- screw broken. Is there a tough screw I can use for a wall stud?
1
Using strong magnets for hanging window blinds
0
Sprayed foam sealant into window blind's headrail, immobilizing it. Blinds are also screwed directly into frame. How to remove (has picture)
1
Blind installed in a metal/aluminum frame that is tilting forward - how to fix?