anchoring a beam made from dimensional lumber to concrete piers

The rim joists of a shed will sit on two horizontal beams. The beams need to be secured to concrete piers with some kind of galvanized tie. Something like the one in the picture.

The beams will be created by flipping three (US nominal) 2x6 on edge and "laminating" them together, so to speak. A nominal 2x6 is approximately 1½ by 5½. So the beam is 4½ inches thick.

Are any such ties specifically designed to work with dimensional (2x) lumber, that is, such that the actual width of the tie is a multiple of ~1½ inches? If so, is there a term of art for such ties?

A tie with a 4" actual space, for example, is too small to accommodate three 2x6. 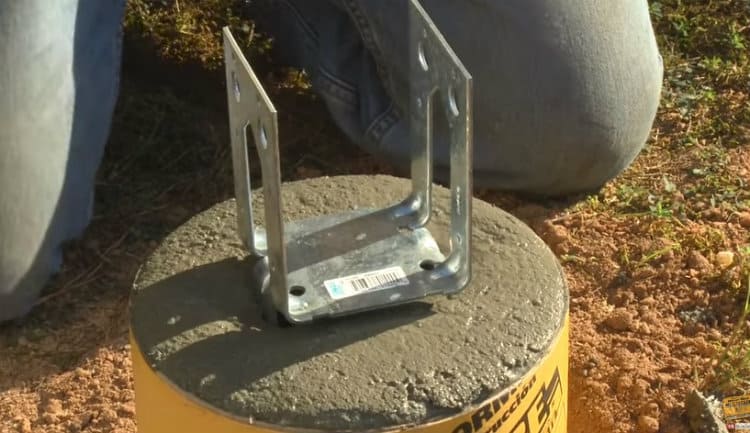 I think this is what you need. Check with the representative from Simpson for availability and what size (W) you need. You can filter the desirable size from the table below. 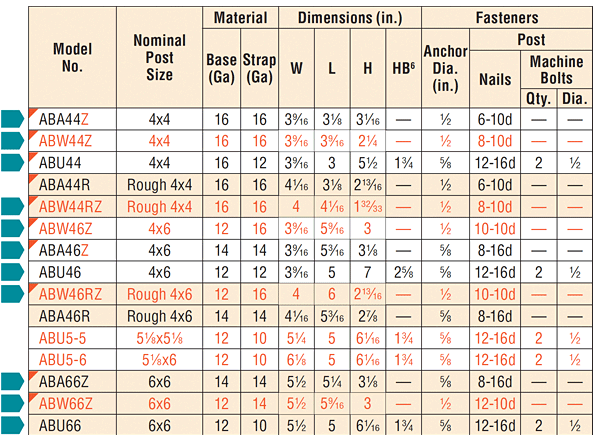 Not the answer you're looking for? Browse other questions tagged concrete construction shed anchor terminology or ask your own question.

4
How should I install a hoist given that the walls and ceiling are made of concrete?
4
How many concrete piers do I need to support a 10 x 10 wooden floor supporting a 1600 lb shed?
0
Best way to remove anchors from concrete?
0
Concrete slab on pressure treated lumber
2
pull up bar from concrete ceiling
0
Crawlspace Post to beam lumber grade
2
Will preformed concrete piers make a sufficient shed foundation in a seismically active region?
1
How high should the tops of concrete piers be above grade?
0
Anchoring post brackets to textured concrete slab
1
How to keep plastic concrete screw anchors from spinning?