I just installed two Lutron Caseta switches in a 2-gang switch box. When I opened the box, I was expecting to find a separate ground wire to each switch. However, what I found was a single ground wire that was looped over the green screw on switch #1 and then connected to the green screw on switch #2. This wire was tied into a bundle of ground wires from the loads and from the source that was tied together with a wire nut.

UPDATE: The ground wire bundle was actually connected with a butt splice wire nut, and the single wire coming out of the end was the long wire that went to the two switches. After I installed the new switches, I just tied the long wire and the two greens from the switches with a wire nut.

Based on @KH's comment I also realized the wire nut holding all the neutrals was too small, so I added a pigtail using the short yellow 14 AWG wire that came with the Lutron starter kit, moved one of the original neutrals into it, and added the two whites from the switches.

I'm pretty confident all of this was OK but feel free to comment. Here's a photo of the new setup: 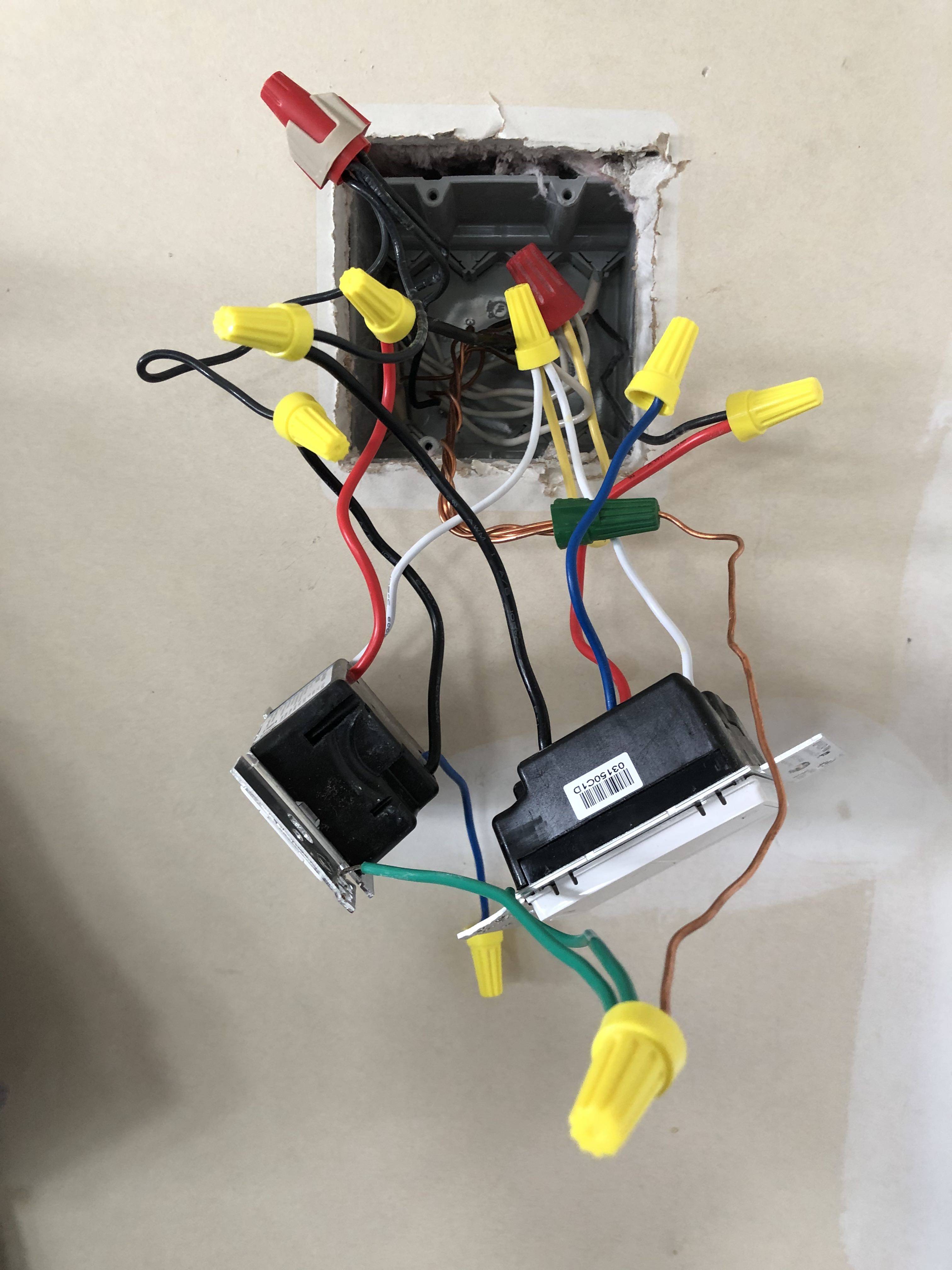 All grounds should be connected together. You can make pigtails from box screw, each switch and connect it all together with feeder ground. If you using wire nuts, they have different sizes and capacity usually written on package. Just choose properly size, it is going with number.

Not the answer you're looking for? Browse other questions tagged wiring switch smart-switch or ask your own question.

1
Wiring Bathroom Fan Switch
1
Trying to install Leviton smart switches replacing two older switches
2
Confused by wiring in box
1
Installing a new smart switch into box, wanting to double check plan (primarily with regards to ground wires)
1
Connecting 2 switches to single power source
2
How to wire a switch with two black wires and one yellow wire?
1
How to wire two switches to control bathroom fan/light combo (only two 12/2 cables in receptacle)?
2
Which Circuit Does this Switchbox Common Wire Belong To?