How can I fix the mounting of these outlets in this box that is taller than the outlet? 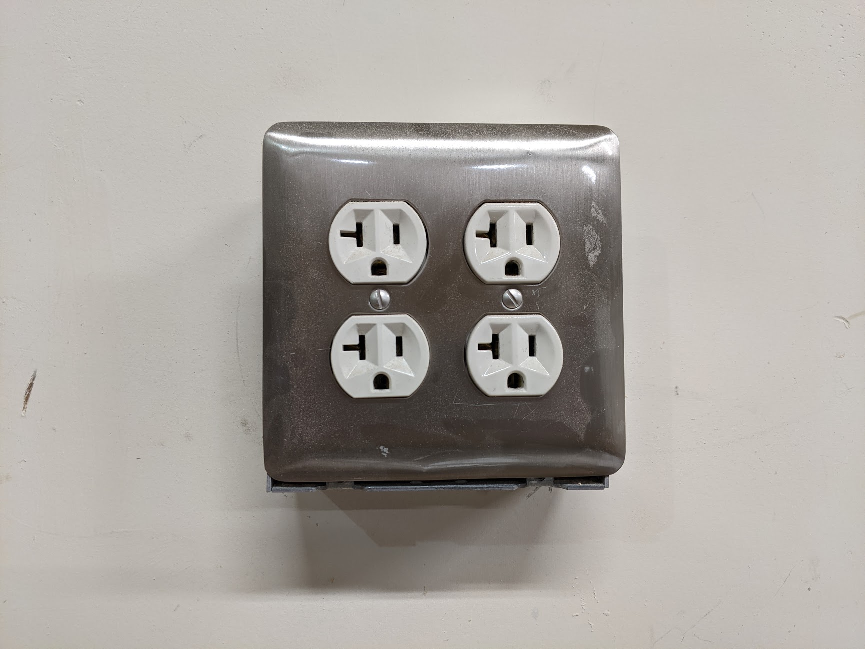 Removing the cover plate reveals that each pair of outlets is only mounted to the box by one corner, which seems pretty sketchy. 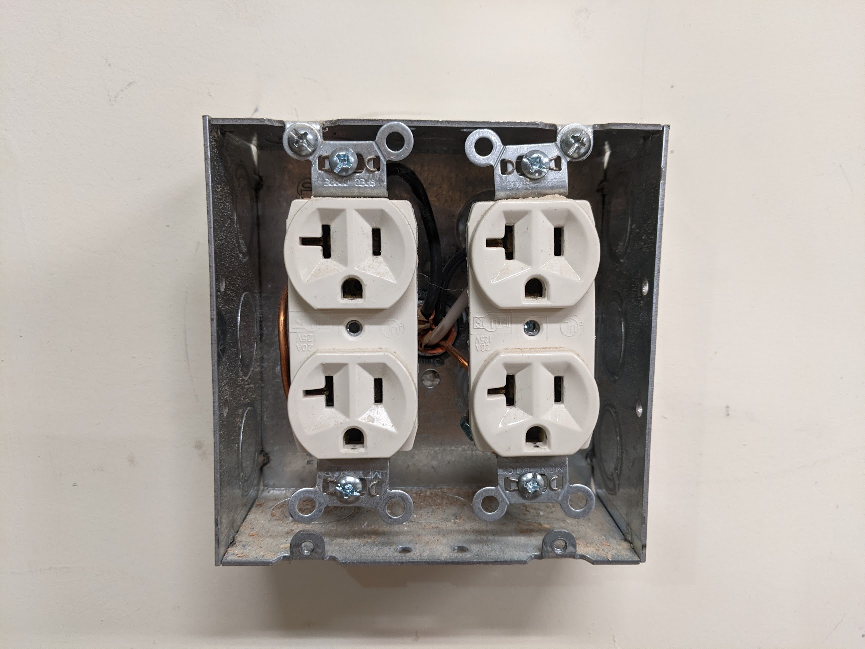 How should I fix this so that the outlets are mounted properly? It seems like I have a few different options:

Are all of these acceptable options? What are some reasons to prefer or avoid any of these approaches? I assume that replacing the box would be more work since I'd have to disconnect and reconnect the outlets. If it matters, each pair of outlets is on a separate breaker, and I am in the US.

Given that your box is surface mounted, #1 (domed cover) is the correct answer.

Converting to a 4x4 box is way too much work. Using a mud ring (even a flat one) with a cover plate will create sharp edges to snag things.

Noting that 4-11/16" boxes have plenty of room for GFCIs and such, if your garage is wanting for a GFCI on that circuit/those circuits, here's your opportunity!

All your listed options will work. 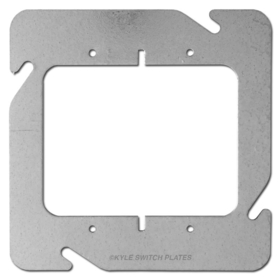 Good thing you found this it was not correct.

The first 2 methods are both ok and would depend on what look you want. Code actually requires more than 1 screw for the receptacles.

If you use option 1 you can put all 3 screws in if you like but NEC 110.14.A requires more than 1 for each (to anchor the receptacle).

You can use the 4-0 box and covers your the last 2 options but you don’t have to change the boxes, proper covers will be easier and meet code.

Not the answer you're looking for? Browse other questions tagged electrical receptacle junction-box usa or ask your own question.

2
What can I do if I need another gang in a junction box but there isn't space in the wall?
1
How can I remove the switches that control outlets?
0
How do I add an outlet between two other outlets?
3
Wiremold Ceiling Fan Box not compatible with Harbor Breeze mounting bracket. How to fix?
0
Mounting box slightly offset in ceiling: is there an offset mounting bracket that I can use to mount ceiling fan?
4
Can this junction box wiring be used for a duplex receptacle?
7
How to remove junction box that is nailed on?
4
Do GFCI outlets require more than standard box volume?
10
What can I replace oversized waterproof outlet cover with?