I'm looking to install a PoE camera system. The system comes with 8 cameras and the Ethernet cables will mostly be routed on ceilings and walls (not within them). I have some questions about making neat exits through walls.

I'll install the system in a utility room and I'd like a batch of 8 cables to exit directly from that room and into the adjacent garage, where they'll be mostly routed across the ceiling on raceways.

Is there a better (tidier) solution? (I prefer PoE over WiFi because there is no power for the WiFi cameras). 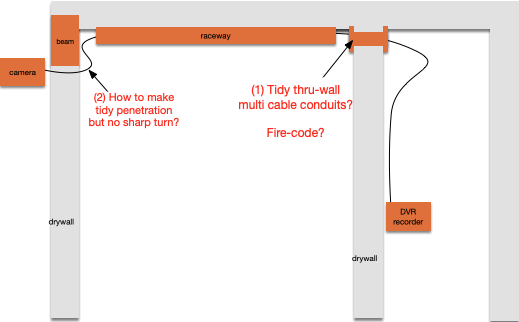 At the camera end at a bow and an outlet cover with an ethernet socket (e.g. 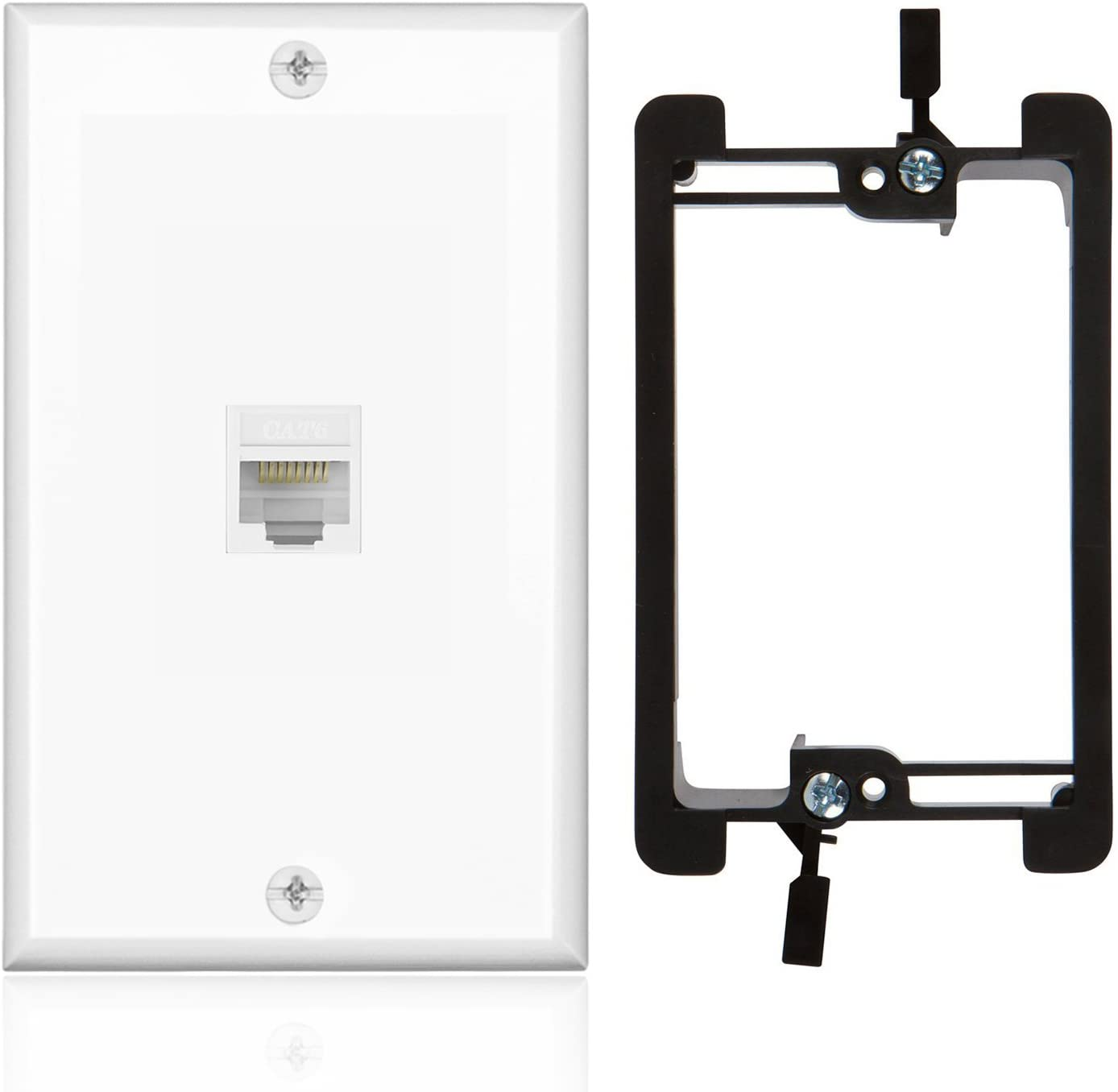 That will look neat and be great if you need to change the camera's at some point in the future.

At the bottom end add a patch panel. something like

This makes it real easy when you need to change things in the future.

Not the answer you're looking for? Browse other questions tagged security cable-management or ask your own question.

4
Are there any alarm system panels, control boxes, etc. that have a kind of API for software to access?
2
Install interior camera on an exterior wall.
1
Installing security camera outdoors
1
How to attach a security camera to an existing box?
1
Using just power from ethernet cable for security camera?
0
Calculating Battery Size for 2 Channel NVR Security Camera System
0
Running multiple camera cables from outside to indoors, do I use bushing and wall plate?