Is my detached garage ceiling capable of handling the load of drywall and insulation?

I'm looking to drywall and insulate my detached 3 car garage that measures 40' x 25'. The ceiling joists are 4' OC and I've realized thay may be a problem.

The previous owner contracted a garage contruction company to build this detached garage in May of 2000. I've recently been researching and have figured out that I will definitely need to add strapping or some way to ensure that the drywall won't sag.

Main question is: Is this construction capable of bearing the weight of the drywall and insulation? 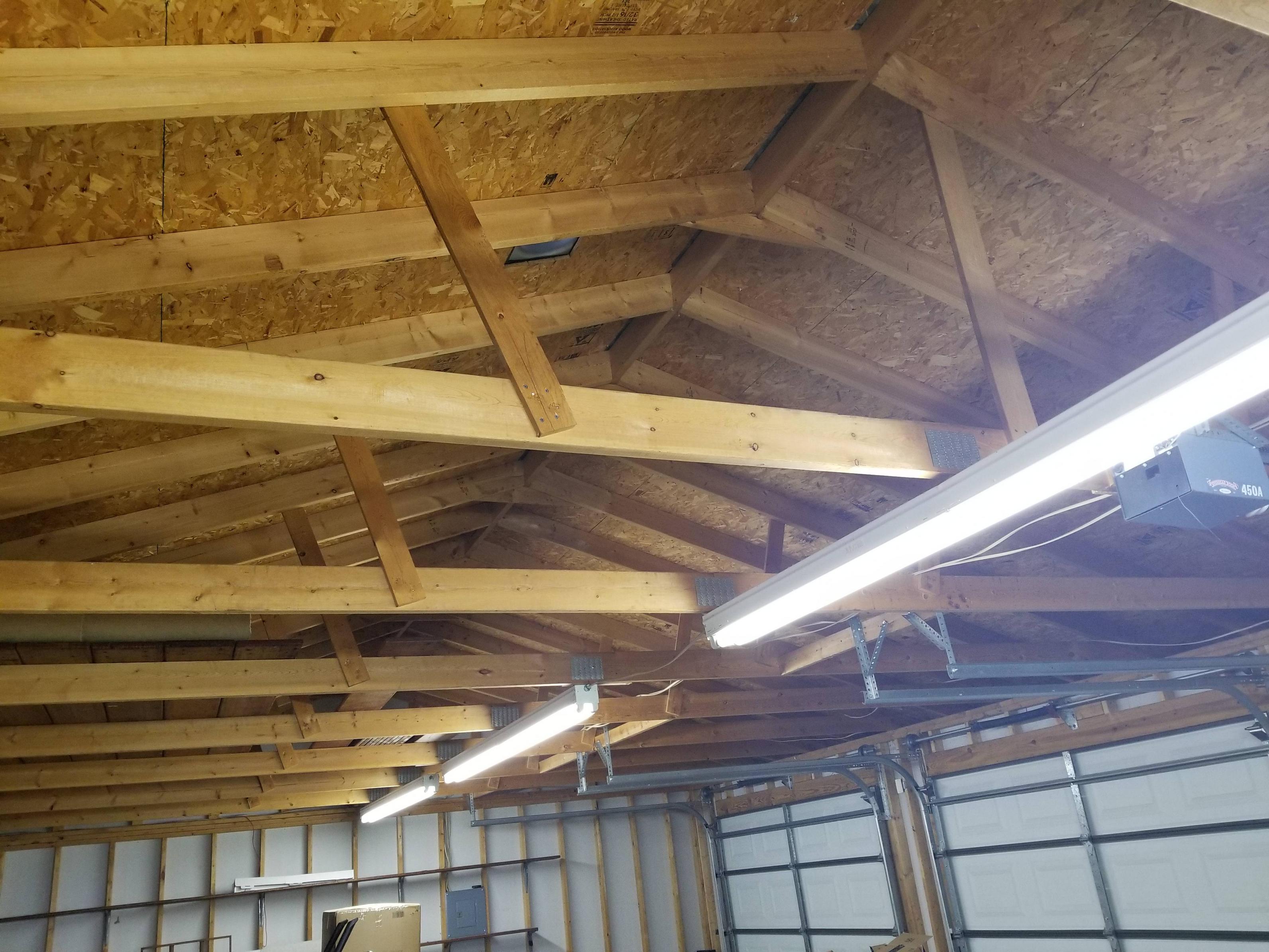 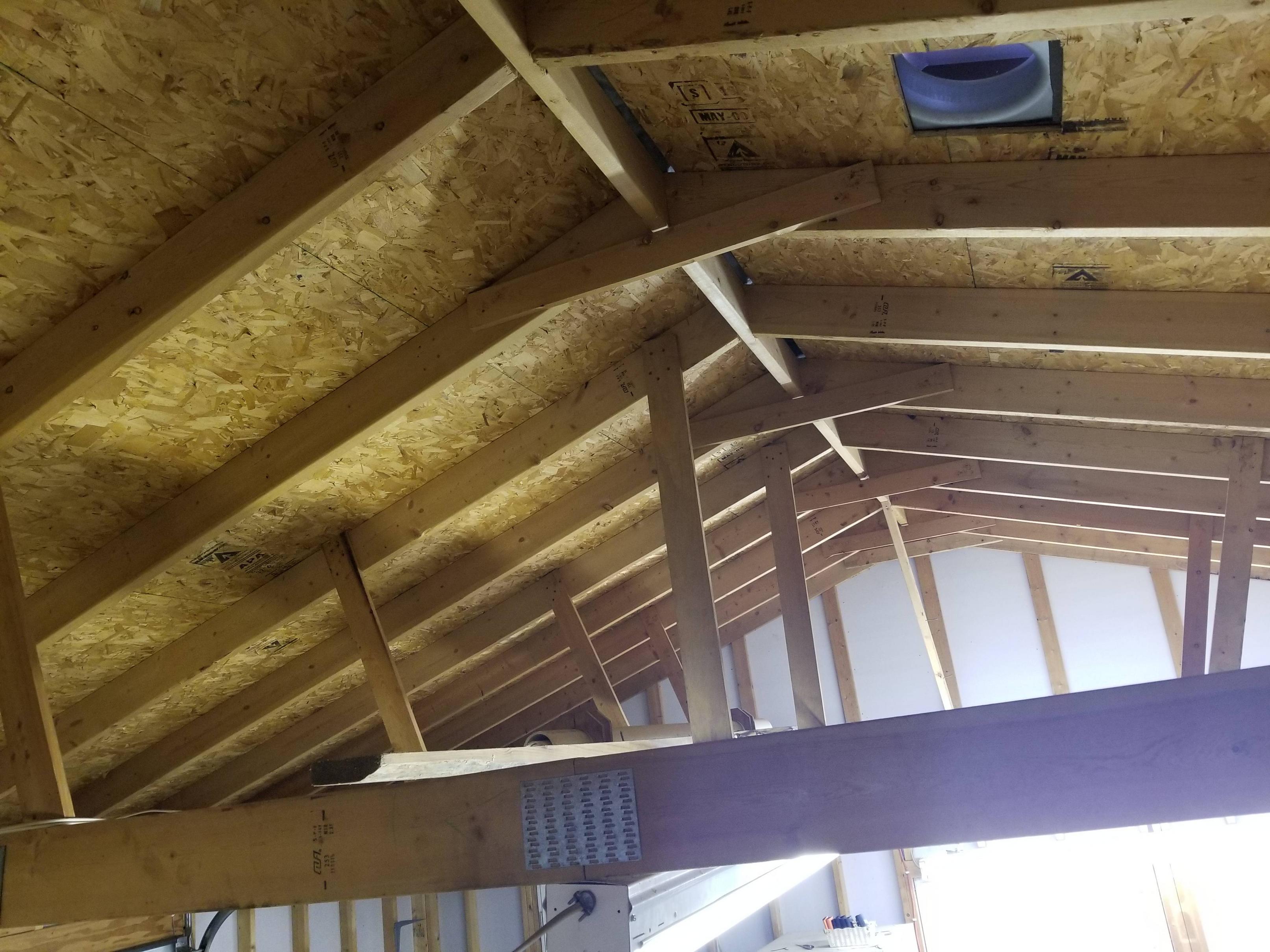 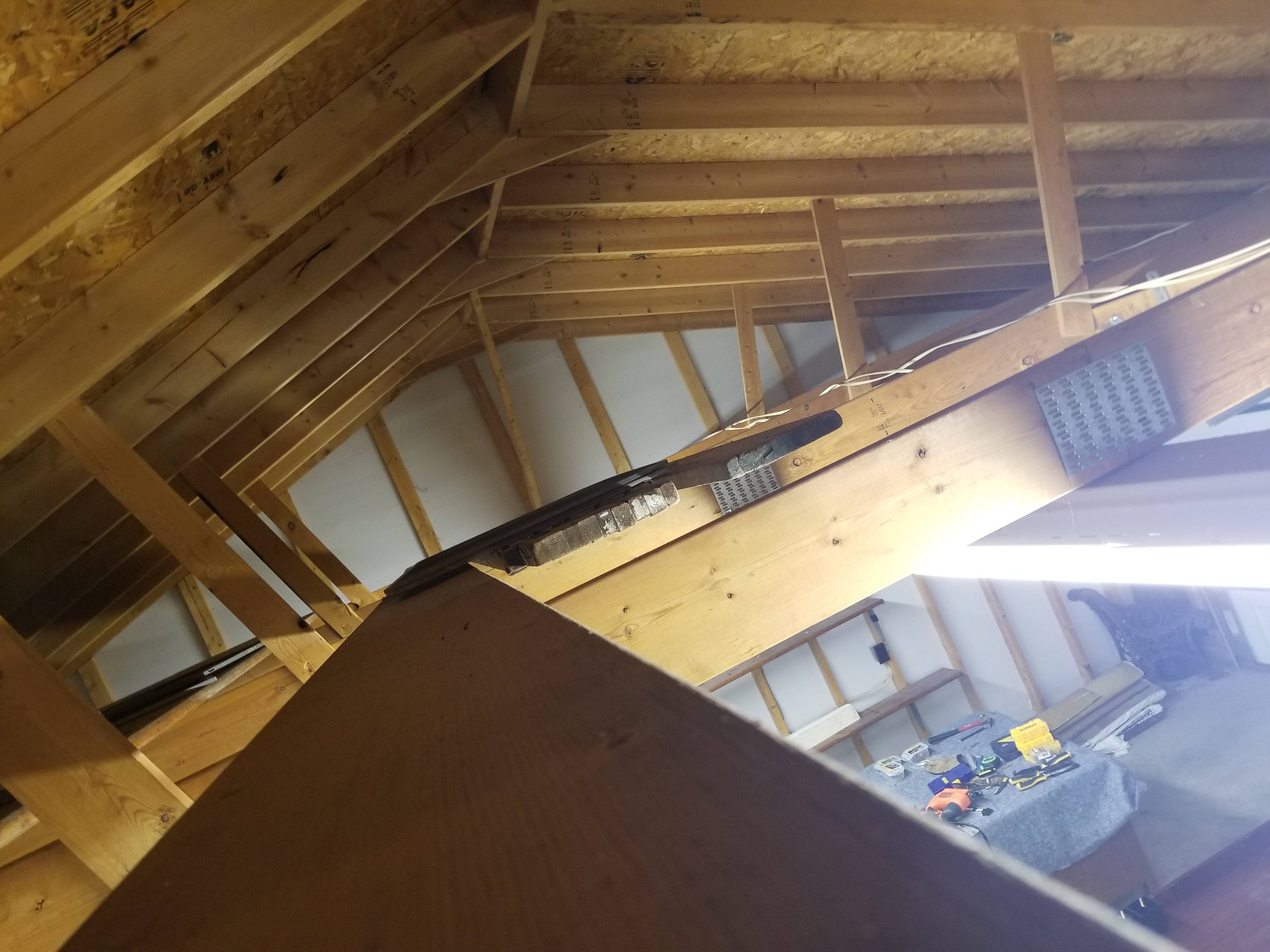 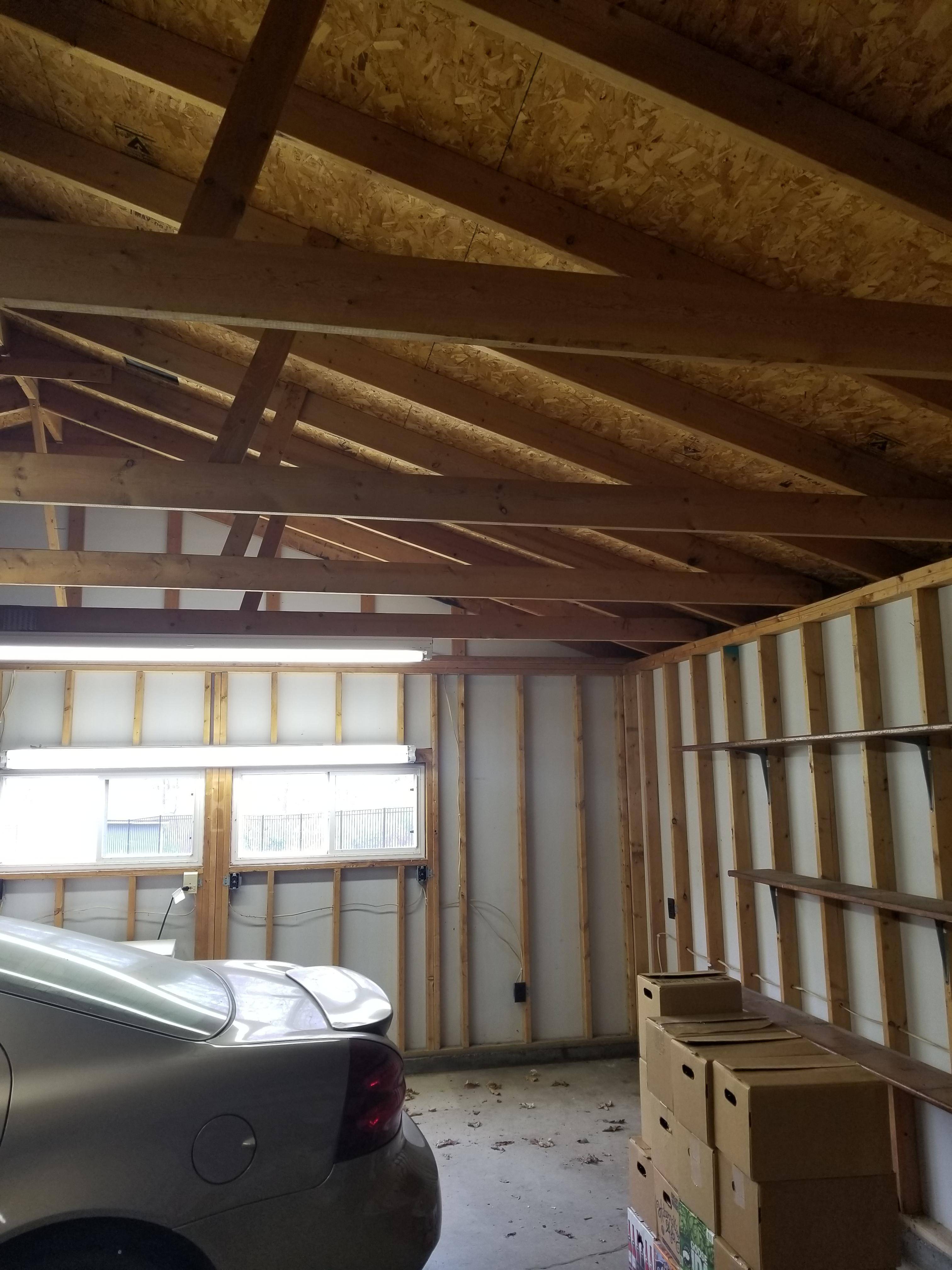 No, you would need to reframe the ceiling with timbers that are continuous and rated to bear the load of a ceiling, rather than simple rafter ties.

Timbers that are butted together like that are in tension - their job is to stop the roof from spreading outwards. Adding the weight of quite a significant amount of drywall underneath would make them sag potentially dangerously.

Ceiling joists shall be continuous or securely joined where they meet over interior partitions and fastened to adjacent rafters in accordance with Tables 2308.10.4.1 and 2304.9.1 to provide a continuous rafter tie across the building where such joists are parallel to the rafters. Ceiling joists shall have a bearing surface of not less than 11/2 inches (38 mm) on the top plate at each end.

Because the secure join in this case is not over an interior partition, they are not to code as ceiling joists.

The walls also look like they might be too thin to support the weight of all the additional joisting and the ceiling itself too, although it's hard to tell that from the photos (they're probably fine, but do check).

As you shouldn't use those rafter ties as load bearers, here's some options for how the ceiling can potentially work instead: 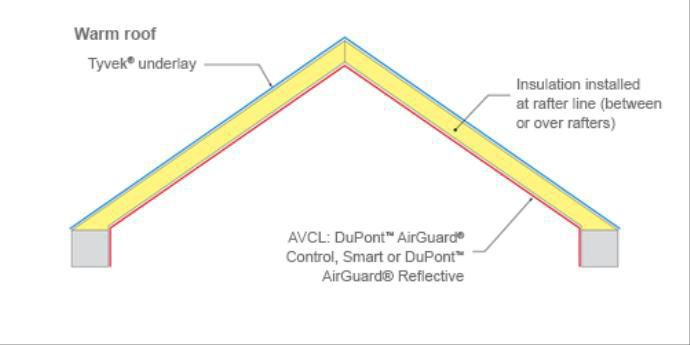 Warm roofs have the insulation either above (ideal) or between the rafters. It's really (really) important that there is no air gap between the insulation and the outside roof deck, and that you control moisture with an effective continuous moisture barrier. This type of roof is beneficial here though as the weight is directed down through the walls, rather than on the rafter ties. This would mean you end up with an open roof space (i.e. your existing rafter ties would be visible).

A ceiling suspended from the rafters (not the rafter ties) would also direct its weight through the rafters and down the walls. Plenty of decorative options with these, but given their common usage in office buildings have a certain feel attached to them which isn't for everybody.

Use additional lightweight continuous joists (such as engineered I-joists) and only attach the ceiling to them if at all possible. Keeping the weight down, using metal or PVC ceiling boards would still allow for insulation above.

Like others have said you definitely need to re-enforce the trusses. You will also likely need to add additional trusses. The maximum unsupported span for drywall is 24". It's hard to tell but looking at the wall assuming the studs are on 16" spacing it looks like the trusses are spaced further apart than 24".

Not the answer you're looking for? Browse other questions tagged drywall ceiling garage joists load-bearing or ask your own question.

3
Drywall installation on the ceiling without help
0
Can I insulate my soffit vents in the garage for the winter?
1
How to hang load from ceiling I-beam joists behind drywall?
1
Insulation board for my unfinish garage ceiling
0
Drywall over Ceiling tiles and Plaster Ceiling
1
How can I safely reinforce my garage trusses to support ceiling drywall and insulation?
6
Are my trusses capable of carrying the load of insulation and drywall?
0
Reinforcing Truss-based Garage Ceiling