Doing a bath remodel and upon tearing out the drop in tub, I came across a notched TJI joist. (and then some at 4 1/2") There is another joist 5" away so it makes me wonder if the notch is OK?

To make matters worse, my new stand alone tub drain needs to sit smack in the middle of the two close joists. A 5" hole (white circle in picture) is needed to accommodate the jacuzzi mz20000 adapter.

Can I go ahead and notch the already notched joist for the new drain, or do I need to cease and desist with joist notching?

Any ideas here are very much welcomed, I am stuck. 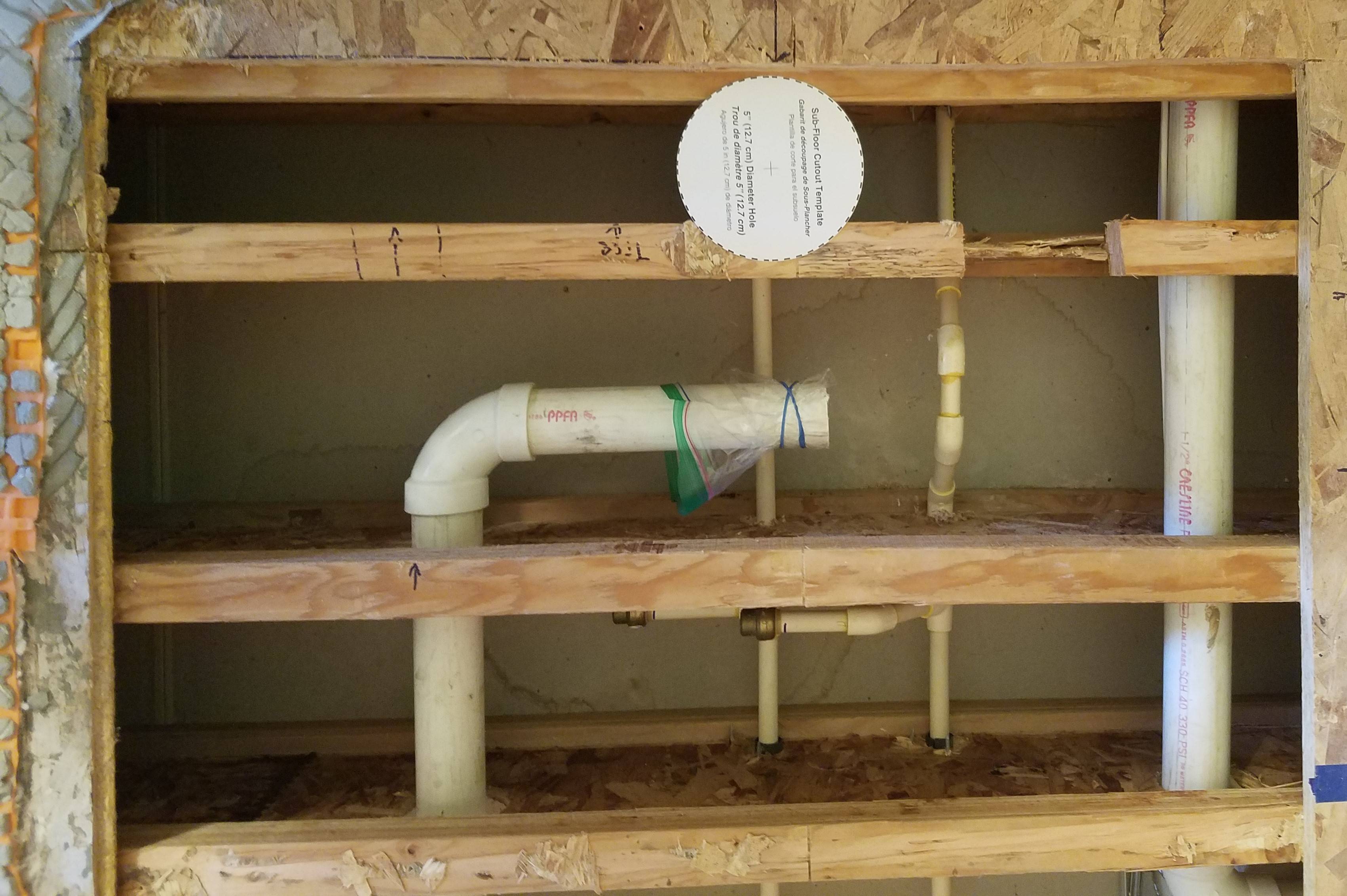 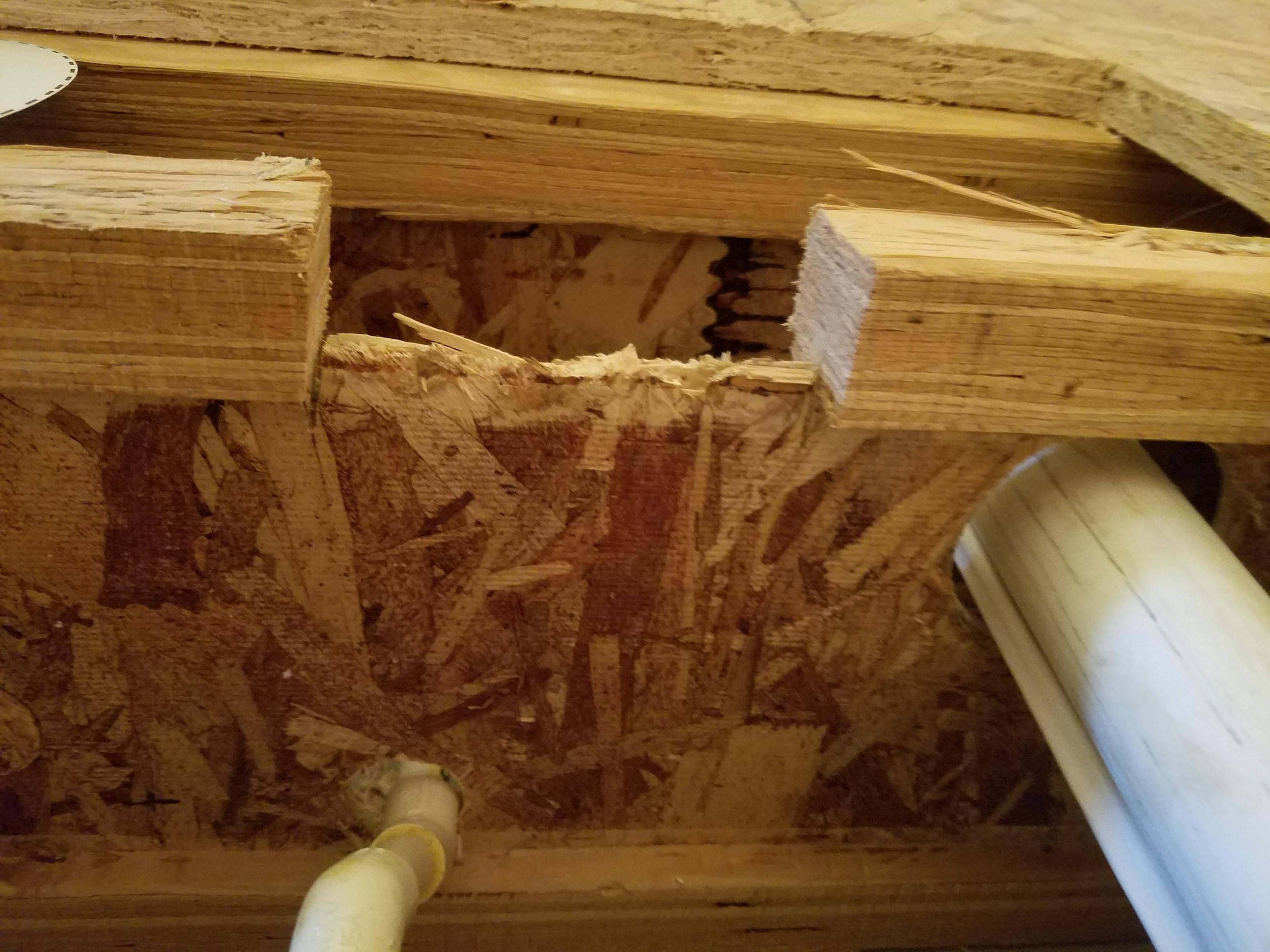 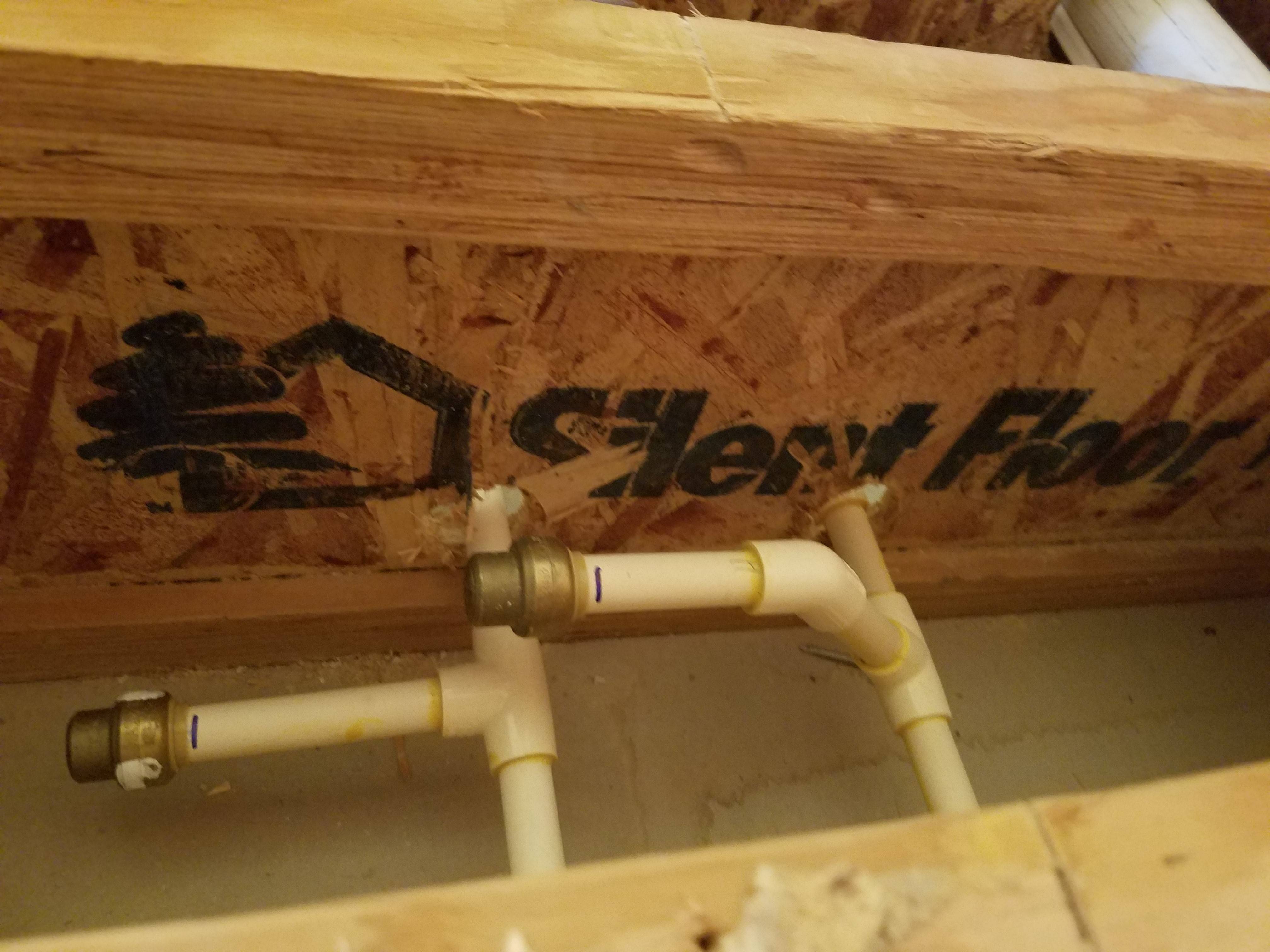 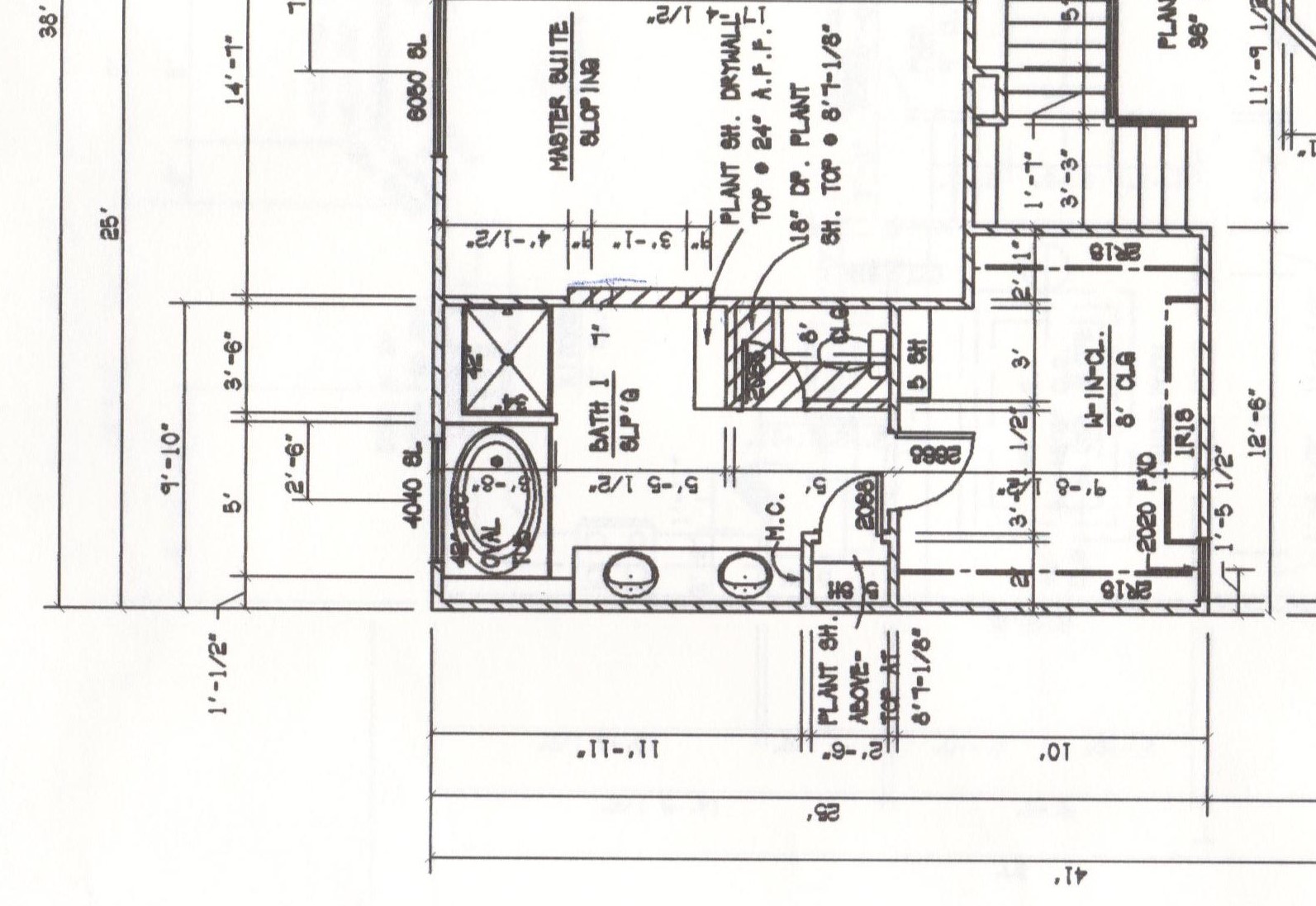 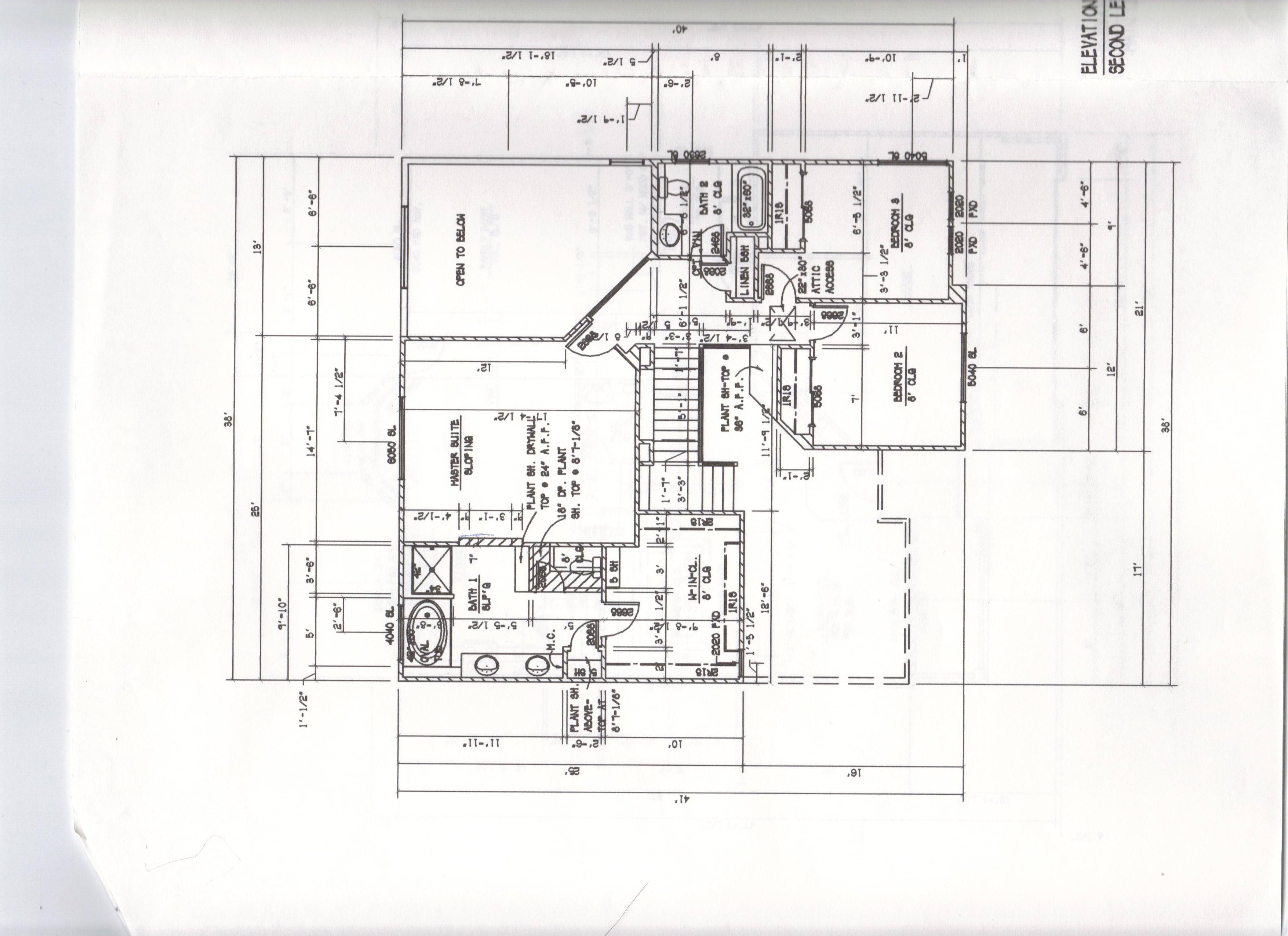 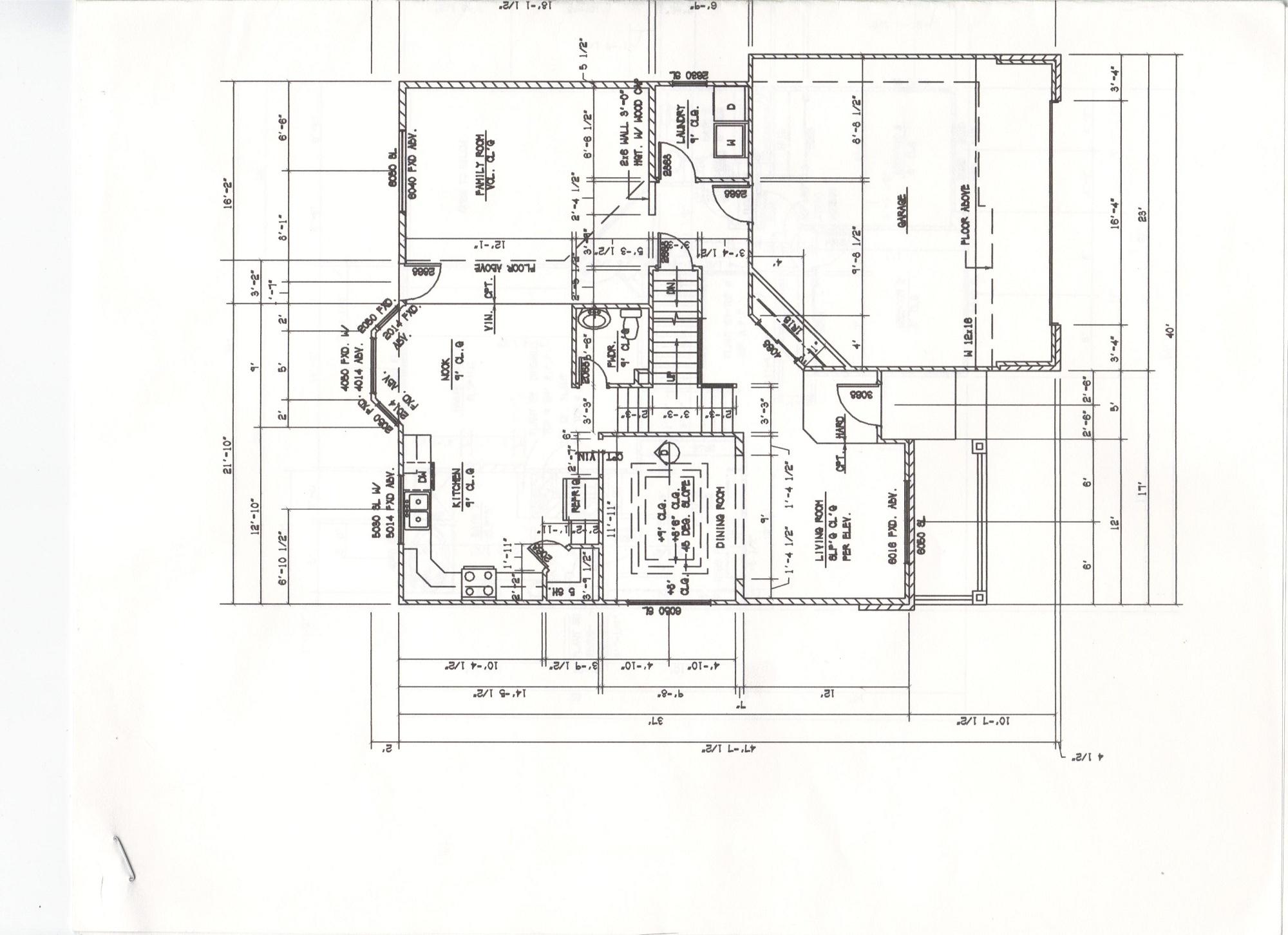 Don't notch the flange of an I-joist

But don't panic! There's likely good news below too.

The flanges - that's the top and bottom pieces of an I-joist - take a significant proportion of the actual load. Cutting them makes a quite dramatic difference in the load bearing capability of the joist, according to manufacturer load tables like the ones below. 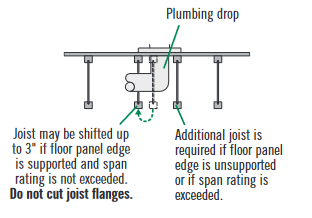 I-joist manufacturers provide documents on how to safely cut into an I-joist, and this manufacturer document directly states that they should never be intentionally cut:

The flange of a TJI®joist should never be deliberately cut or notched and TJI®joists subject to damage prior to installation should be discarded and replaced.

The document goes on to suggest suitable ways to repair a side notched joist (this isn't one of those unfortunately!) by essentially nailing a board to the side of the joist, or "heading off" the I-joist by nailing a new flange to the side: 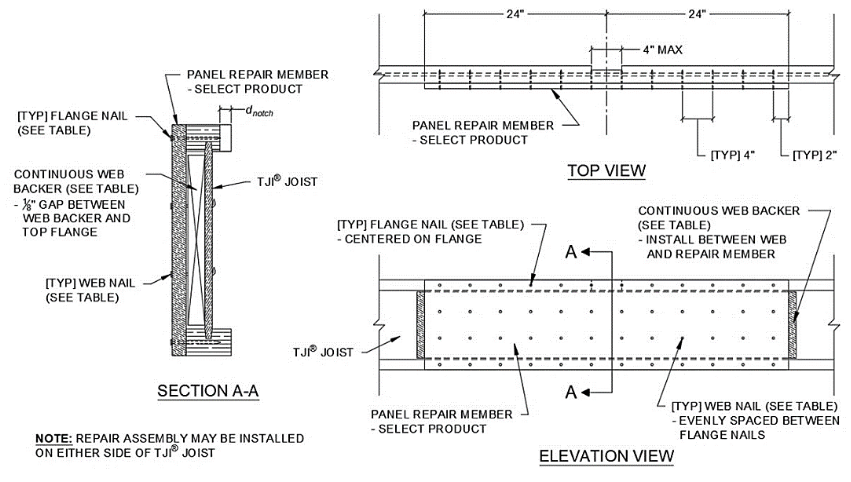 The doubled up joist is a good sign though!

Builders will double up a joist when extra load is expected and that's typical in bathrooms around a very heavy tub full of water. There's a good chance that the additional joist exists for the purpose of supporting the tub, meaning one of them being a bit damaged to accomodate the tub in the first place isn't a major issue, but you should absolutely check where those joists go or have a surveyor take a look to be sure. An easy way to find out quickly is to check the joists around the other end of the tub if they're also doubled up.

Aim to get the weight of your tub spread evenly across the doubled joists. If the jacuzzi is notably larger than your original one, additional joists might be needed to support the load, and avoid cutting the flange as much as possible. Raising the tub up a little bit such that you can add pipework that bends around the joists may be your best option there if you're limited on moving the tub around.

If you only replace the old tub with the same, I would have told you not to worry too much if you can bridge the notched wood with the same kind (the cord is under compression, as opposed to tension, which can be a serious matter). But I don't think your floor was designed for the Jacuzzi. You should obtain a nod from a structural engineer before proceeding with anything.

Not the answer you're looking for? Browse other questions tagged plumbing joists subfloor or ask your own question.

1
Misaligned floor joist hangers
1
Floor Joist Tolerances
2
Drain pipe blocking shower installation
3
Unsupported Subfloor Hanging Over Joist
3
Joist design for shed/workshop
1
Floor sagging between joist- please help
7
Repairing a notched floor joist
40
How to reinforce a joist with plumbing running through it?
2
How to fix a joist that has been cut out