I'd like to install an outlet above my wood burning fireplace so that I can mount a tv. Problem is the entire wall is a 70's era stone wall. I thought I had a slick solution. There is a smaller rock (circled in red) that I could remove and put an outlet in its place. From what I could tell looking up the vent above the fireplace (circled in blue) there seems to be a 2x4 wall and insulation between the chimney and rock wall. So I figured as long as I have the romex between the insulation and rock wall it should be fine.

Problem is I finally chiseled out the rock and was not prepared for what I found. It was rock, like 3 inches of mortar, wire mesh, then drywall which was all expected. Directly behind the drywall is a metal plate or something. I dont know how thick it is. It doesn't seem like it is the chimney. My question is is it ok to drill through it to run the electrical? What is it for? I suspect it might be some kind of radiant barrier, but like I said it seems like there is insulation between the rock wall and the chimney so it seems odd a radiant barrier would be between insulation and drywall. If I do drill through it and dont like what I find is there a way to patch that hole? 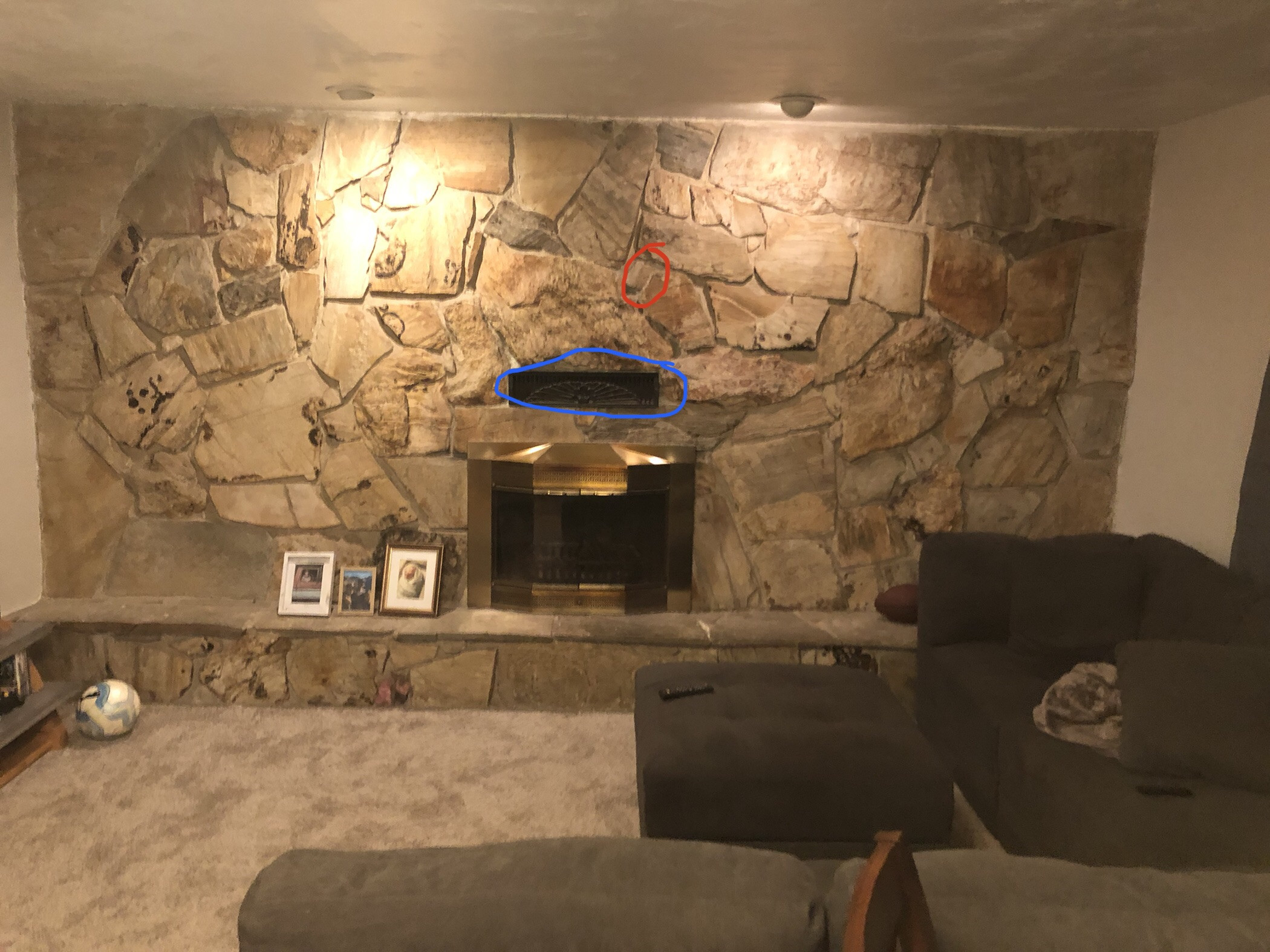 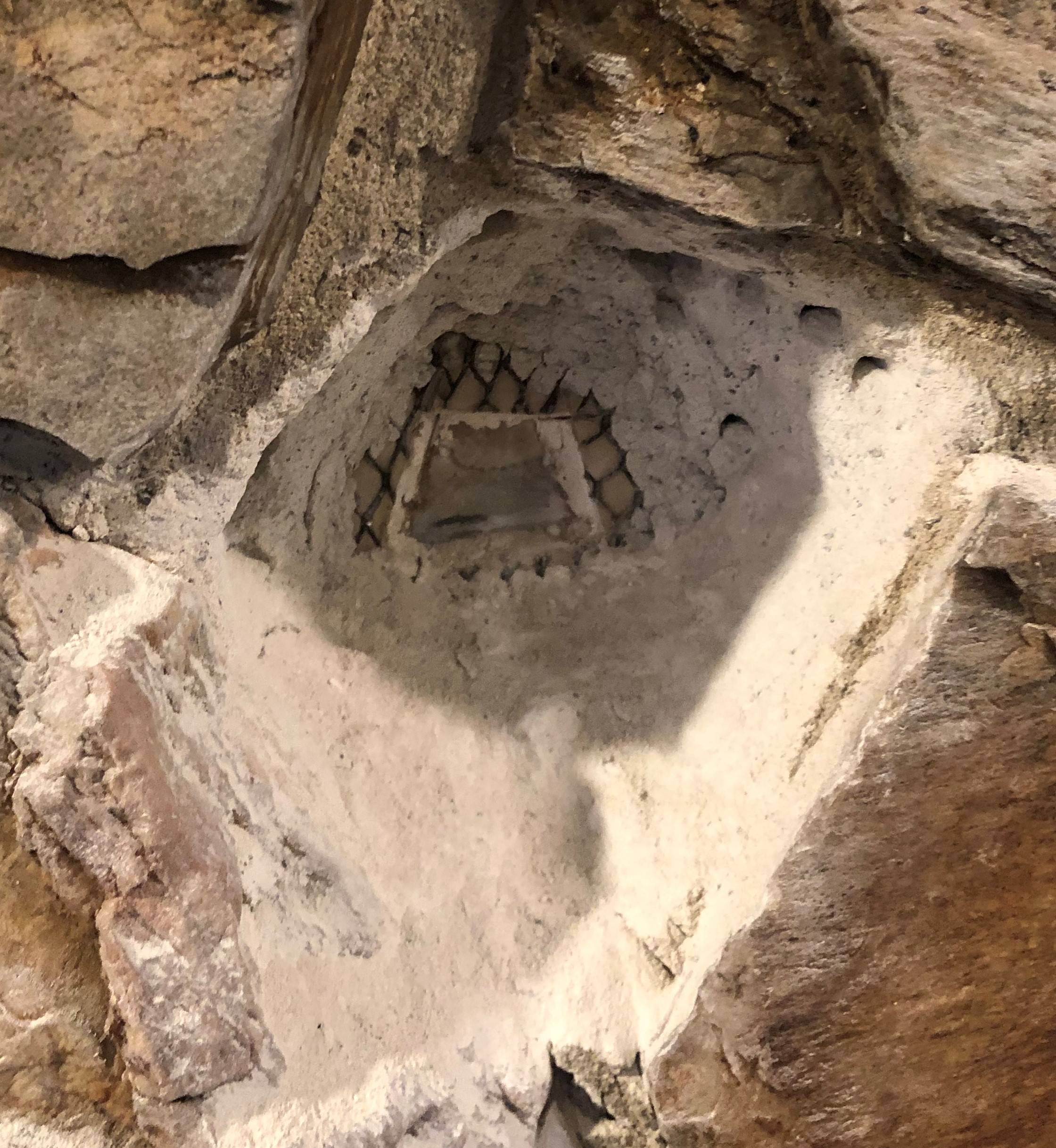 To me that looks like the exterior wall. Notice the expanded metal and the stucco pressed through. I don’t think that I would be drilling through that. Have someone go outside and you tap on the wall I bet they can find the spot proving it is the exterior. That is some what unusual but I would at least check that before going further.

If that was my project, I would replace the removed stone since you do not know what you have accessed. That metal thing may be the flue or something that you shouldn't touch. I would rather install a receptacle in the ceiling if you have access from above. Another item would be the amount of heat that flows up the stone front. It could overcome the electronics in a TV. My 2 cents

Not the answer you're looking for? Browse other questions tagged electrical wiring fireplace chimney or ask your own question.

15
How should I run wiring for my above-fireplace mounted TV?
3
Do I have studs on my plaster and lath wall around/above fireplace?
4
How can I add a fireplace to an existing non-fireplace chimney?
1
what options do i have dealing with a chimney downdraft
1
Can we mount a TV over a fireplace with the chimney directly behind it?
1
Why can't I get gas to our gas fire place?
1
What's the deal with this (fake?) chimney on my house?
2
Adding electrical outlet for wall mounted TV
0
Placed Fire Place Insert Wood Stove into Fire Place; how to minimize heat loss through former chimney damper opening?