Replacing pendant but there are extra live wires

I was going to replace a pendant light. But during removal of the old one I've come across this wiring which don't really understand.

The thick brown one on the left is the live wire which is connected to the switch. Along with the blue neutral this is where the light was connected.

The three thin brown wires in the middle are live (regardless of the switch). What are these for and what should I do with them when I connect my new pendant fixture which doesn't have connectors for these. 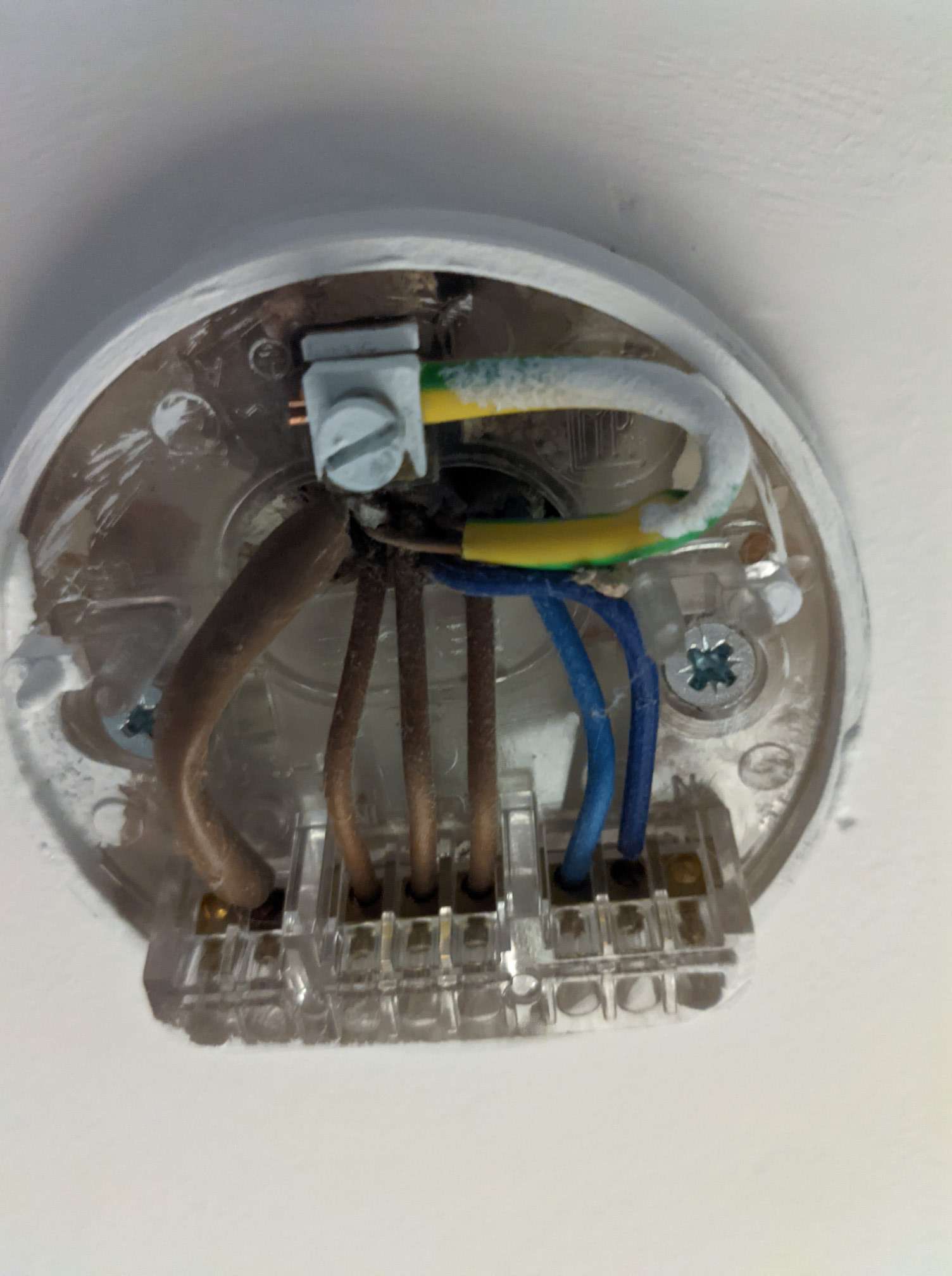 Connect your pendant to the leftmost and rightmost terminal in this picture. Your pendant should have brown and blue wires that correspond. If it has a yellow, green, or bare wire connect that to the corresponding large terminal at the top of the picture.

The three browns need to stay connected together to provide power to the switch for this and to other installed lamps.

You could use a 3-way Wago block or other approved connector. you'll need the same for the blues unless your new lamp provides a connector for them too.

That "eBay special" is not made for the UK market.

Amazon has a program called "Amazon Marketplace" where anybody can sell anything on the Amazon platform, and the listings lurk among real Amazon listings. This means Amazon is full of eBay-tier junk, and it is flooded with cheap Chinese merchandise which ignores every safety regulation, and obviously doen't care about fitment either.

They were aiming for the North American market and others where you have a junction box inset into the ceiling, like this. (the surface of the box is flush with the ceiling). 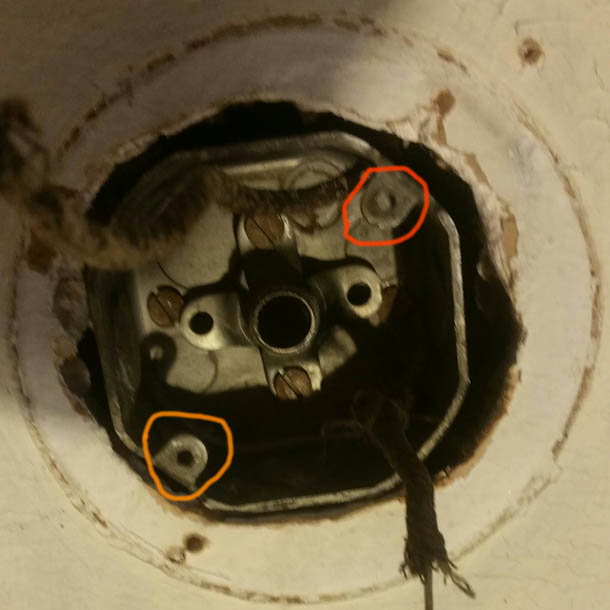 Needless to say, it's the wrong form-factor for a UK home, and it was negligent to even sell it into your market. They don't care; "nobody" demands refunds on faulty goods in this day and age. I would do exactly that. If the Amazon return window has expired, phone up Amazon and raise a ruckus. They'll credit you, and even pay for the return shipping (if they even want it back, not likely).

How is it supposed to work? Easy. Here's your pic, marked up. The pipe with the cable going through it (green) is threaded on the outside. The cross-bar is just there for shipping (and it's upside-down lol). You're meant to 1) remove it, and 2) run the screws (red, orange) into the ears on the junction box (which are flush with the ceiling). Then 3) thread the lamp's cable through the center hole (green) and 4) do the electrical connections (hence, not attaching the live+neutral to the junction block - can't til now). Finally 5) the entire fixture is screwed into the center hole (green). This is a bog-standard way in North America, but it obviously doesn't work without a recessed junction box! 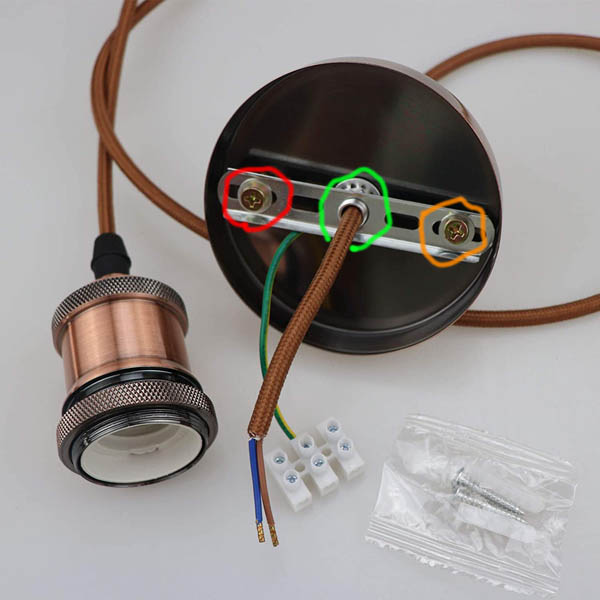 1
After binding the three live (brown) wires together, remaining ceiling lights won't turn off
0
How would I go about wiring a new light fixture where there are more wires than expected?
1
Replacing pendant lights and have a question on all the ceiling box wires
1
Extra wires in ceiling fan installation
6
garage light with two hots and one neutral
3
How would I connect multiple ground wires in this case (replacing ceiling pendant lights)?
1
What are the wires in this old switch box?