I'm trying to replace an LED light in my fan but I can't figure out what search terms to use to find a replacement bulb.

Based on the documentation my fan came with, the this appears to be a 14 watt bulb.

Does anyone know what these are called and/or where I can find a replacement? I'm in the US if that matters. 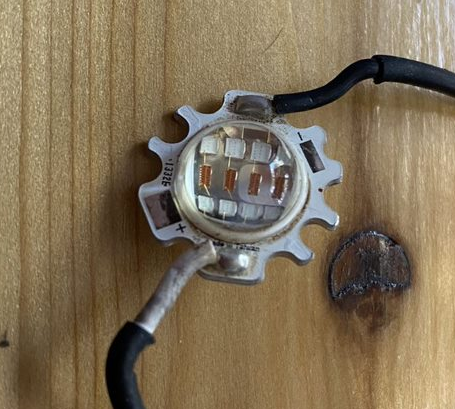 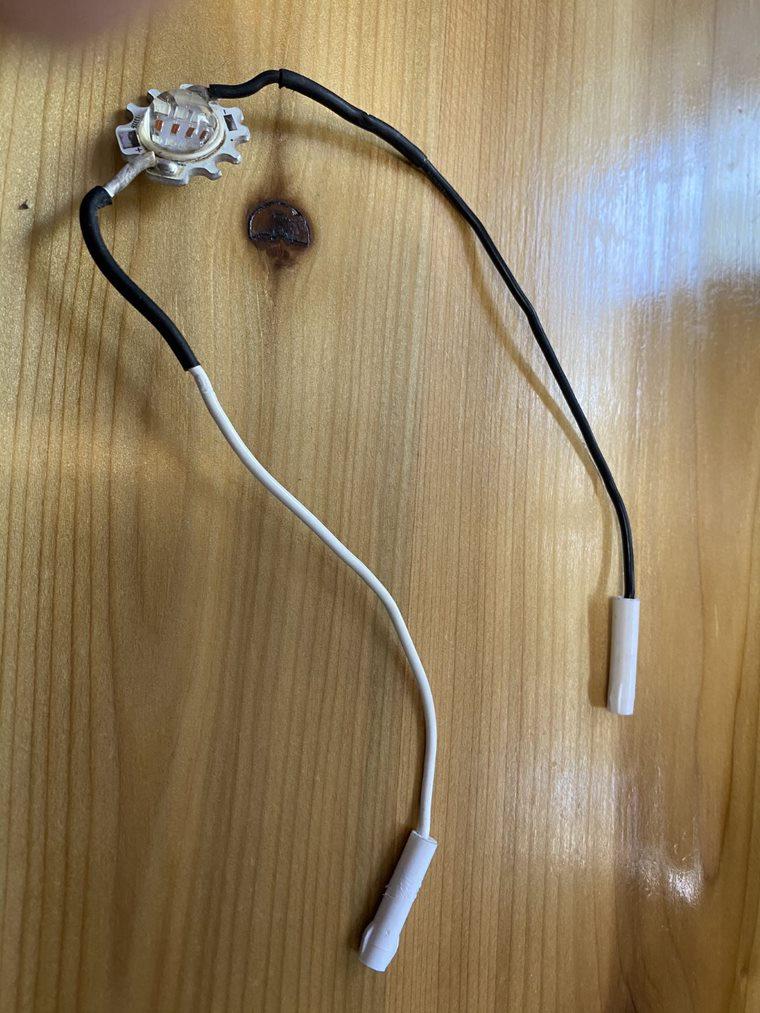 When they say fixtures are "bulbless", they really mean it. There are no replaceable bulbs in the fixture.

The reason is simple: LED emitters are the most reliable thing in the lamp... probably more reliable than the enclosure.

The typical failure point in a 120V LED light product is the electronic driver module, which is responsible for delivering a constant current to the LED emitter. Those go bad because of cheap construction and the finite life of capacitors.

You've managed to pry out the emitters, but they're really not made to be replaceable because the builder never imagined they would fail. They are not a "bulb" in any sense of the word; there is no non-proprietary source for "ones just like that".

The driver, however, is a different story. You will find an electronic driver module with 4 wires going to it, and fairly easy to exchange. It will have a semi-standard form-factor (physical shape). It will have a very specific current output of a relatively standard value, e.g. 350ma, 700ma, 1050ma or 1400ma commonly, and a working voltage range at which it's designed to do that. If you shop carefully at electronics supply houses, you have a pretty good chance of finding one that ticks all the boxes of form-factor, voltage input, exact current output and output voltage range.

After all, the light manufacturer is not in the business of making drivers; they just grab a commodity OEM driver.

This is a standard "star" metal core printed circuit board, but what's mounted on it is definitely not standard or off the shelf.

The white squares are LED chips, but it's not possible to tell what color of light they should emit by looking at them when they're not powered. They don't have yellow phosphor on it, so they're not blue-pumped phpsphor white LEDs, so if I had to bet, I'd say blue, amber or green. The red rectangles are most likely red LED chips. So if you found this in a nightclub, I'd say blue+red for purple. If you found it in your living room, probably amber+red or green+red for something vaguely white.

They're wired in series of 3 (2 white 1 red) and then the 4 series groups are wired in parallel. 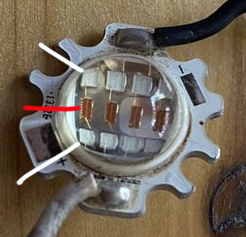 The parallel wiring means this will turn on unless all 4 groups are blown, which would be surprising, so you should check the power supply first.

Just google "star PCB led" and you'll find something you can mount in your device, but it probably won't work with the existing power supply.

Not the answer you're looking for? Browse other questions tagged lighting ceiling-fan led or ask your own question.

3
Can you install an LED floodlight in a regular ceiling fan?
16
Why won't a LED bulb work in a standard light fixture?
1
Will an LED light bulb illuminate down on this uplight lamp?
1
How to improve light quality from a bathroom exhaust fan?
2
120V LED Light Power Supply
1
Retrofit a ceiling light with RGB LED tape/lights?
1
How do I calculate brightness of LED strips equivalent to incandescent light bulbs?
0
E12 led smart bulbs don't work in ceiling fan
0
How do I change the bulb on my kichler ceiling fan?
0
Some dimmable LED bulbs don't dim all the way in ceiling fan